Jose Ramirez delivered a stunning 6thround KO win over Maurice Hooker to unify the WBC and WBO World Super-Lightweight titles at College Park Center in Arlington, Texas, live on DAZN in the US and on Sky Sports in the UK.

Ramirez (26-0 17 KOs) and Hooker (26-1-3 17 KOs) had promised a great fight in the Lone Star State, and they did not disappoint as the fight caught fire immediately with Hooker down in the first, claiming a slip as Ramirez appeared to have accidentally trod on his foot. That early fire didn’t die down, with fans of both men on their feet as the relentless pace from Ramirez was met by dangerous counter-punching by Hooker.

But it was the Californian that capitalized on the lightening start, staggering Hooker with a left-hook and not letting the local favorite off the hook as he threw ferocious unanswered shots with Hooker on the ropes, with the referee stepping in to end a thrilling bout. 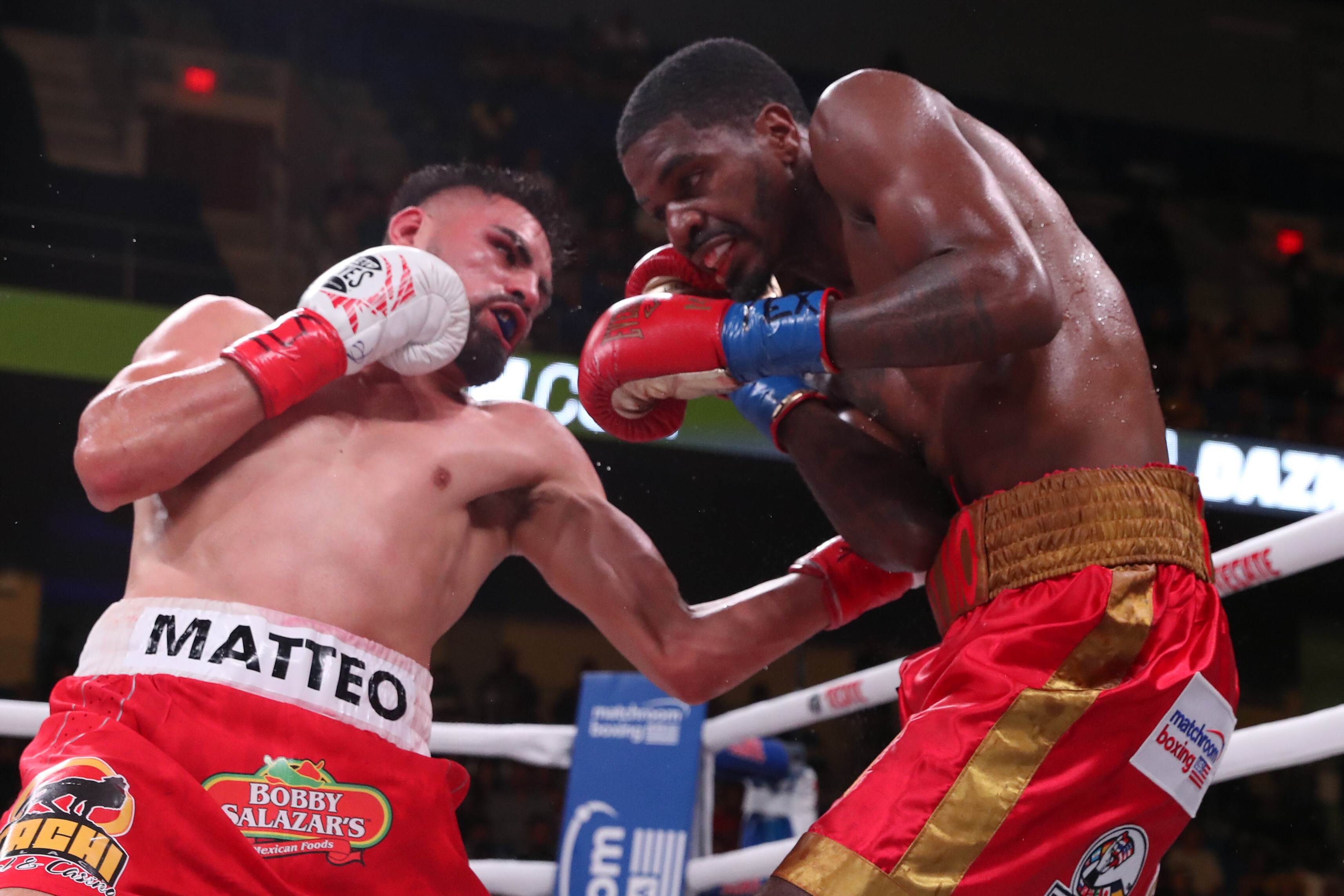 “I am very happy,” said Ramirez. “This just lets me know that I am on the right track to becoming a better fighter, a better professional. I am ready for anyone now.

“I felt very confident within my skills just like any fighter. A real champion has faith in themselves. I believe in my team, I believe in myself. I came here with one mission: to become the unified champion and I did it. I am the very best guy.

“Robert told me, I know you like brawl. But Mo is a good fighter and he’s going to try to box you because he is a very smart fighter. But what I did was came in different, I surprised him. He landed good shots but they were on my forehead, not the right placement. But he didn’t land his best right hand. I had to be very careful in there.

“I went back to my fundamentals. Working my jab, and I was closing the distance. Then when I got in range, I gave him that 1-2 jab that just works so well for me.

“I signed up to fight against the top fighters. Me and Hooker stepped up to make this happen. They have to do it because it is a tournament.”

“The first knockdown didn’t affect me,” said Hooker. “I just knew I had to come back and use my jab. When he had me on the ropes, he didn’t really catch me with anything. I was blocking everything.

“I just lost focus for a quick second. I was playing around with my jab hand and I lost focus. That just shows you, one second with a top fighter can change everything.” 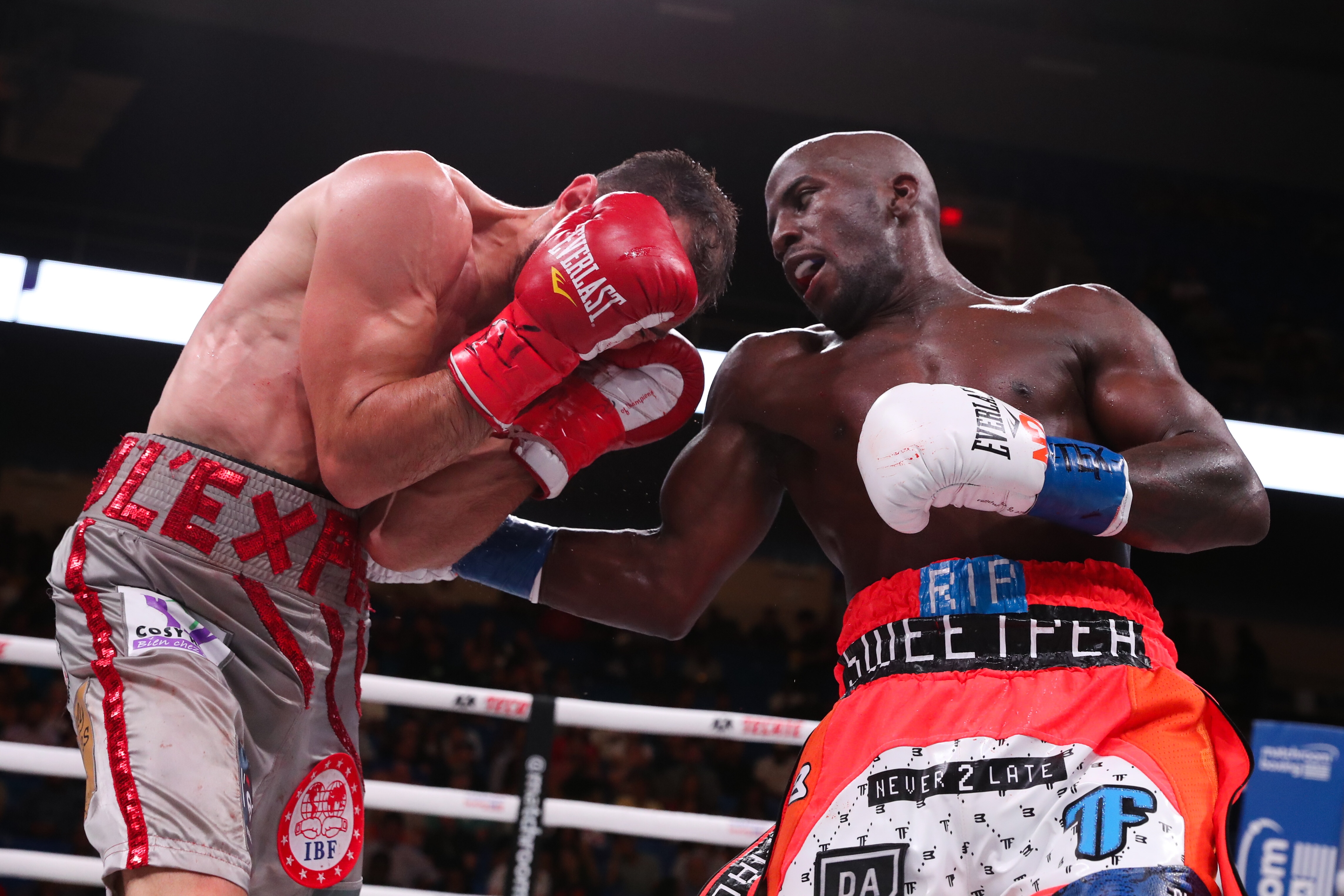 Farmer banked the first half of the fight, investing in the body and displaying dazzling defensive skills in the sixth round, the same session where a low blow saw Frenois need to take some time out of the action. Farmer strayed low again in the tenth round and was penalized by the referee, but the Philly champ had banked too many rounds for the French challenger to threat 119-108 and 116-111 twice.

“I came out here and I did what I had to do,” said Farmer. “My right hand is always messed up. I come in here and I keep winning. I did an excellent 12 rounds. I came in and fought all 12 rounds. I don’t care about the crowd, I came in here, I fight, I win, get my money, and I go back to my family. You love me or hate me. I think it was speed and my IQ that won me the fight.

“Gervonta Davis says he wants Tevin Farmer then Leonard Ellerbe says something else. I’m moving forward from that fight. If I can’t get that fight, give me JoJo Diaz.”

Tramaine Williams (19-0 6 KOs) landed the vacant WBO NABO and USBA Super-Bantamweight championships with a points win over Yenifel Vicente in a hard-fought clash. Vicente had a point taken off in both the sixth and seventh rounds of the battle for low blows, with Williams now targeting the big guns at 122lbs after getting the nod on all three cards 97-91 twice and 96-92. 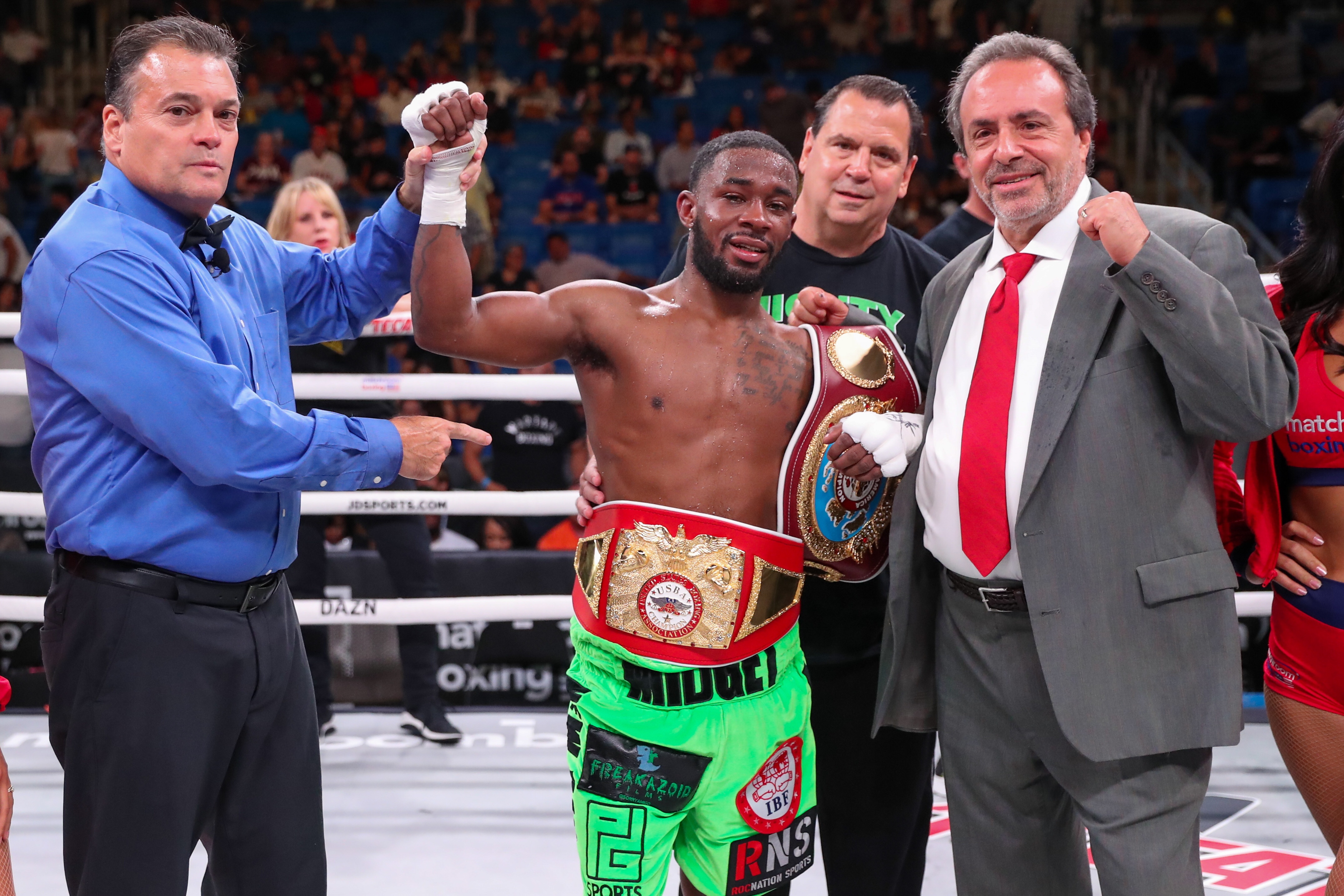 “B minus, C, I could have done better, always could do better,” said Williams. “It was part of the of the game plan to try and get in the grove and fight his game off. I didn’t want him getting comfortable and fighting his fight.

“Usually having fun means you did a good job. He could see me having fun so he was pushing my head low and hitting me low.”

Austin ‘Ammo’ Williams (3-0 3 KOs) continues to impress in the infancy of his pro career, and the 20 year old made it three first round KO wins since making his bow in April, with a crunching left hook to the body folding Jabrandon Harris. 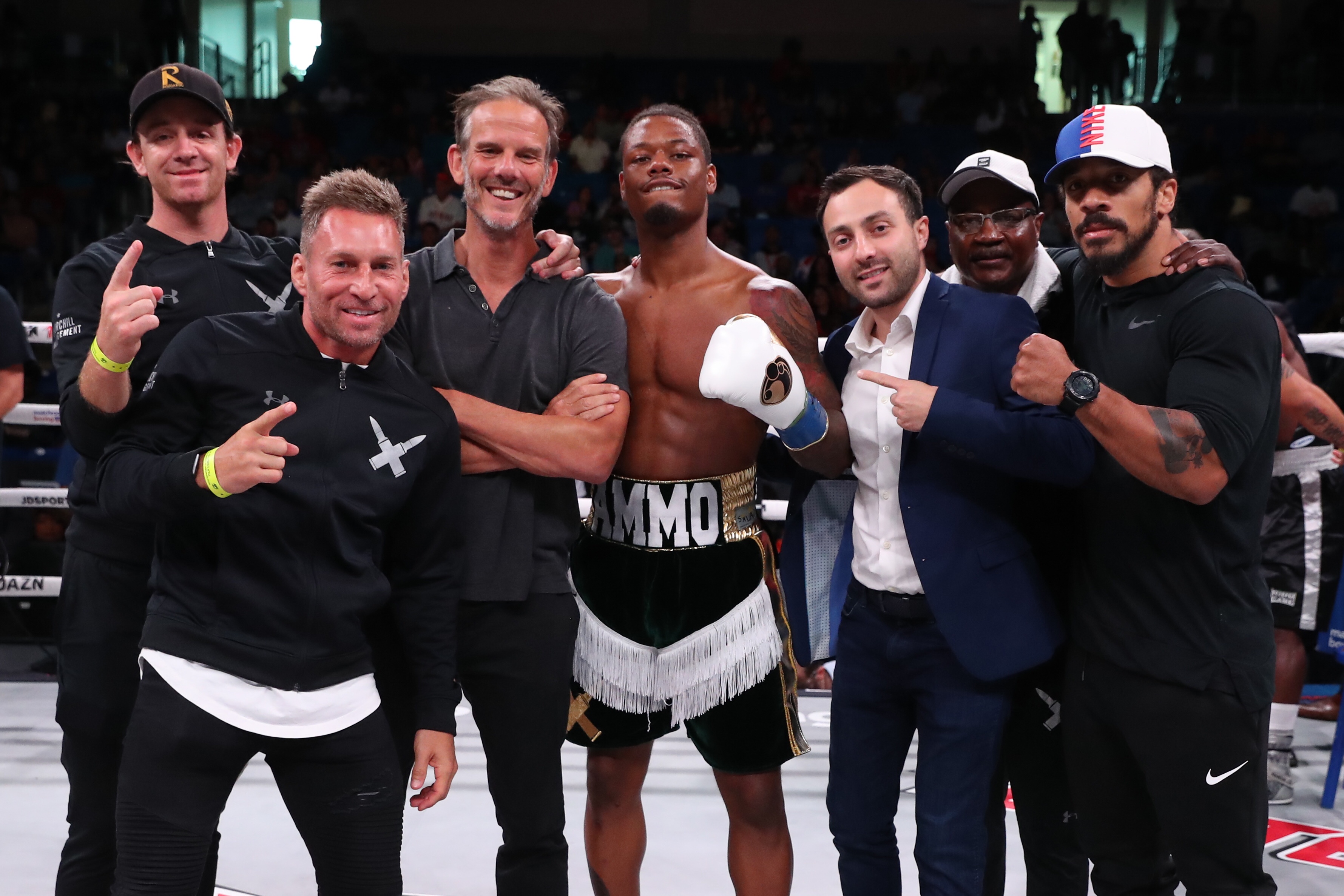 “I hit him pretty hard. I knew that when I landed the shot that it would be the end of the fight. I knew it right then, and it I like it cause I’m getting more experience as a fighter.

“I’ve been in the gym with guys who you can hit 1,000 times in the head and it doesn’t do anything but you go downstairs and it’s glass. I’m still new. I’m absolutely still new. My armory only has a couple of guns in it right now.

“The first thing I want to say to my fans, if you look to me for inspiration: follow your dreams, live your passion and take those risks. Don’t let life take you where it wants, you have to do it.” 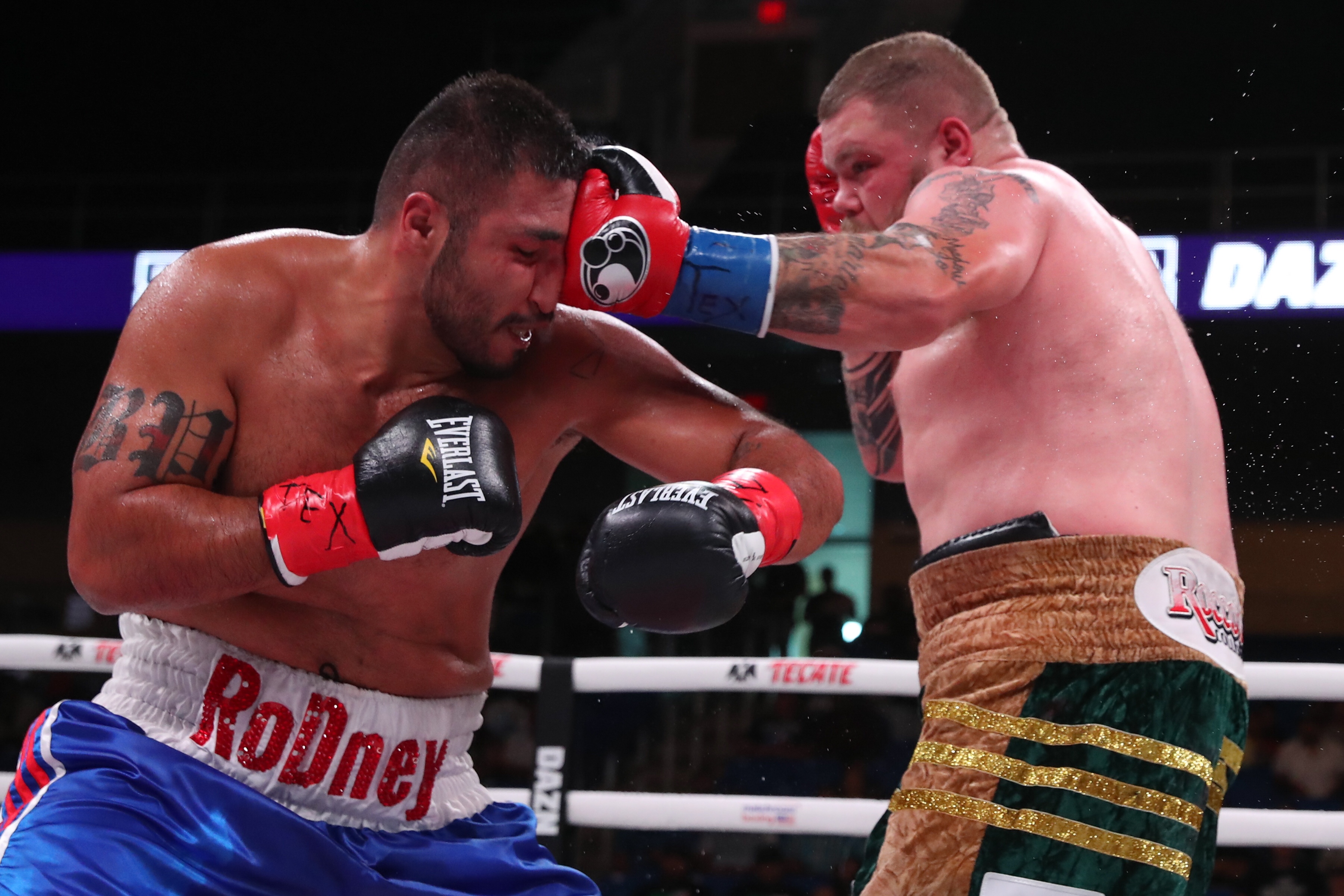 “I did enough to win,” said Dawejko. “He was running from me so it was hard. That dude can fight.

“I wasn’t expecting that, last time he brought it and we banged it out. It was last minute opponent and I was training for Gassiev. I still want that fight. I’m definitely ready for bigger names.”

Nikita Ababiy (6-0 5 KOs) went the distance for the first time as a pro, winning every round against Yunier Calzada, the Chechen Wolf Arthur Biyarslanov (4-0 4 KOs) kept up his 100 per cent KO record with a third round stoppage win and Darius Bagley (1-0) kicked off his pro career with a 39-37 win over Carlos Dixon in the show opener. 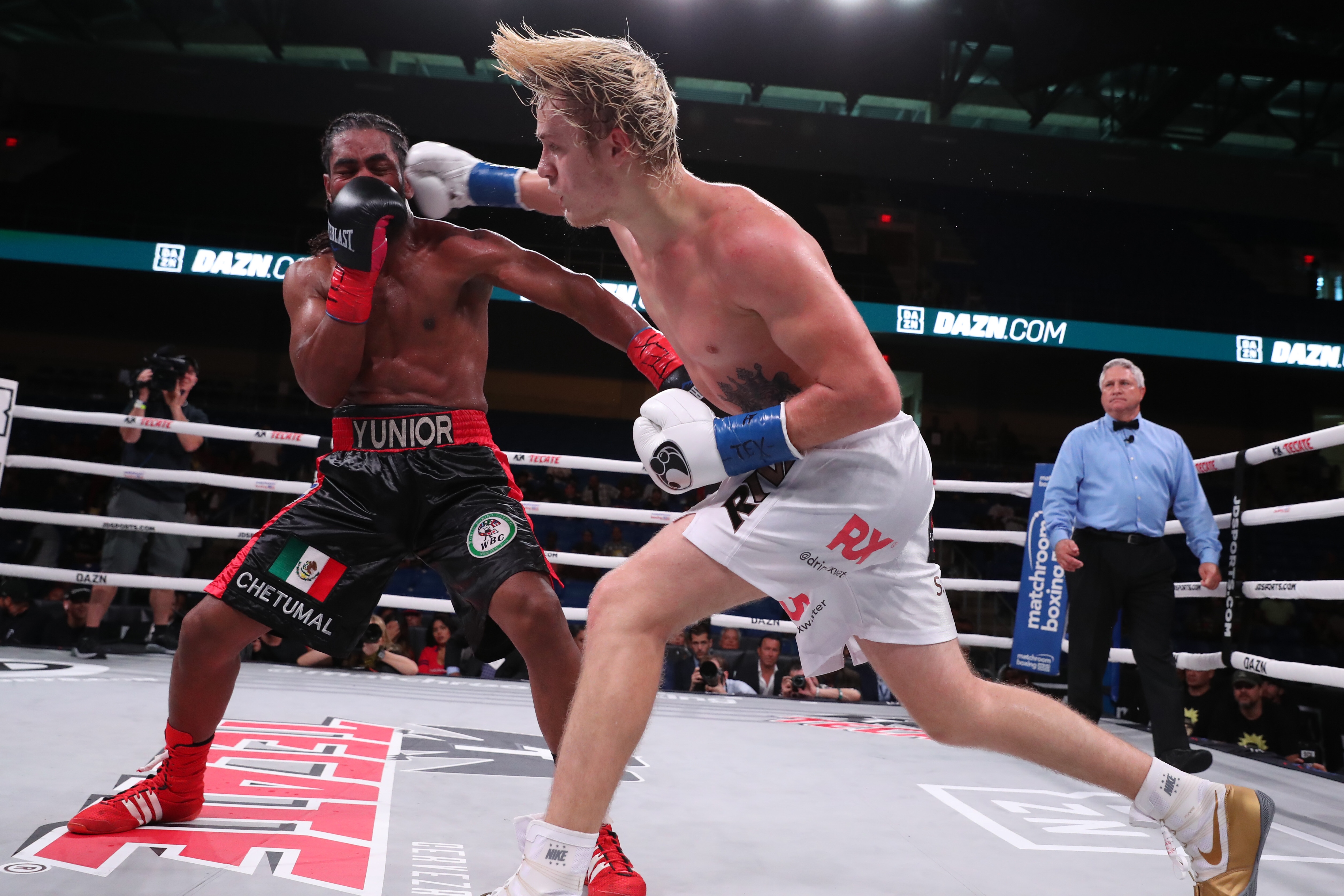