MINNEAPOLIS (July 14, 2019) – Welterweight contender and Minneapolis-native Jamal “Shango” James defeated former world champion Antonio DeMarco by unanimous decision Saturday in an exciting action fight that headlined FS1 PBC Fight Night and on FOX Deportes from The Armory in Minneapolis.
“It was electric in here,” said James. “There’s no better place to fight than The Armory in Minneapolis. You can tell watching it on TV across the nation. This is a new home for boxing.” 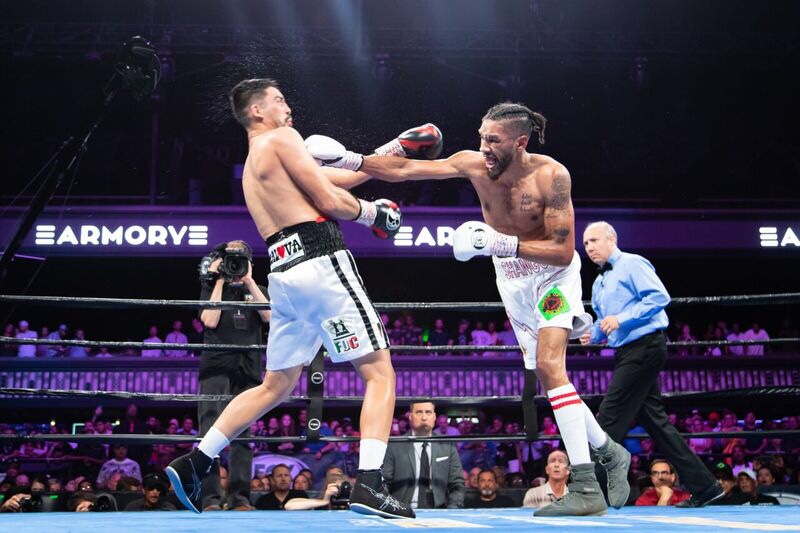 PHOTOS COURTESY OF THE ARMORY BY ANDREW DOBIN
James looked to use his height and reach early to jab the hard-charging former world champion DeMarco, but in round two DeMarco hurt James against the ropes and teed off against the hometown favorite. James was able to survive and land big shots of his own in an exciting round that set the tone for the rest of the 10-round duel. The fighters combined to land 45 power punches in the frame, according to CompuBox.
“I listened to my corner and adjusted when I had to adjust,” said James. “He was a strong fighter and a former world champion, but we stepped it up and got the win. DeMarco just had a certain type of will power that separates the great fighters. A lot of fighters have skill, but that will power separates him from the mediocre ones. We both bit down for 10 rounds.”
The six-foot-two James began to employ right uppercuts to his aggressive southpaw opponent, while also turning away after landing, forcing his opponent to reset his attack. That was successful in scoring in his favor, but not in keeping DeMarco from coming forward.
“It was a very difficult fight, said DeMarco. “I felt good throughout the whole fight. Everybody won, especially the fans. I ended up fighting his rhythm and I hurt him a few times, but he’s a great man and a great fighter.”
“Being one of the taller fighters in the division, opponents have to put pressure on me,” said James. “So I have to have good footwork to keep him chasing me. When they’re chasing me, that’s when they make mistakes.”
James controlled the middle rounds, but in round seven the two again went toe-to-toe for almost the entire three minutes, leaving the crowd on their feet and roaring in approval. They combined to land 50 power punches in the round.
“We practice being up against the ropes and how to handle those situations,” said James. “That’s a part of the game. You don’t get mad, you get even. I knew he was going to be tough and come with some spunk. I was cracking him, but he was just eating them. I think I got his respect.”
In the end, James’ activity was part of the difference in the fight as he out threw his opponent 855 to 496, and out landed him 238 to 135. After 10 rounds of action, James left his hometown fans happy by earning the unanimous decision by the score of 98-92 three times.
“I’ve got Minnesota on my back and you know I’m always going to show out for you,” said James. “I’m ready for the title fight, who’s going to give me the shot? I’m ready for anyone. My time is now.”
“It was a tight fight, but I know I could have done more to earn the victory,” said DeMarco. “He deserved the decision. You have to be a good winner and a good loser. I’m thankful for the opportunity to give the fans a great show.”
Highlights of James vs. DeMarco can be watched here, here and here.
The co-main event saw an exciting back and forth heavyweight battle that ended when former title challenger Gerald “El Gallo Negro” Washington (20-3-1, 12 KOs) landed a perfect right hand that knocked out Robert Helenius (28-3, 17 KOs) in the eighth round. 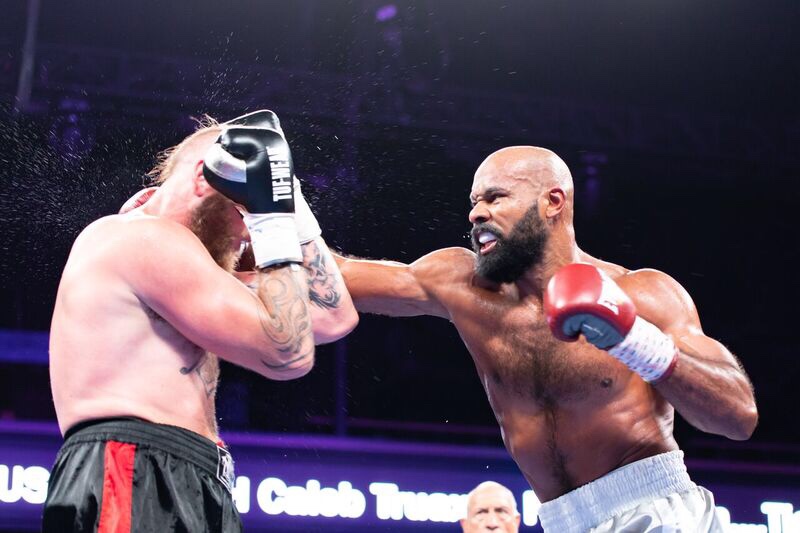