PHILADELPHIA (Aug. 5, 2019) — Carl “The Jackal” Frampton was forced to drop out of Saturday’s featherweight main event against Emmanuel Dominguez at the Liacouras Center after fracturing the fifth metacarpal in his left hand. The injury occurred Monday morning at the fight hotel when someone knocked over a concrete structure, which then struck Frampton’s hand. 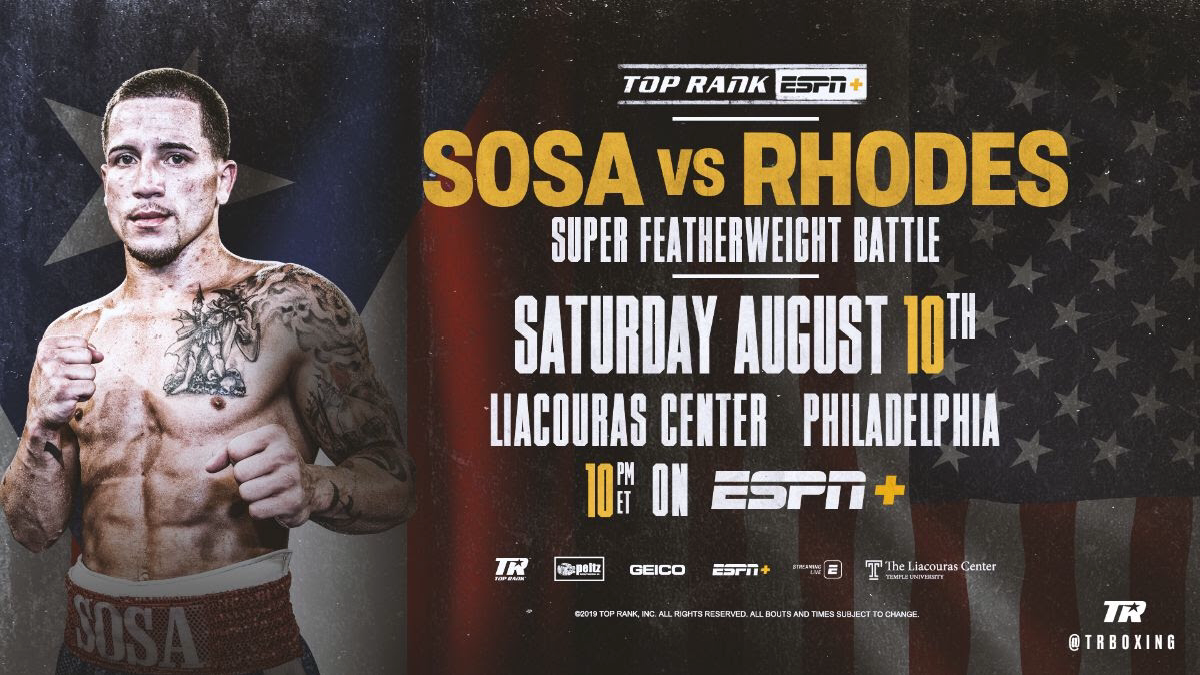 The Jason Sosa-Haskell Lydell Rhodes 10-round super featherweight bout has been elevated to the main event, while middleweight knockout artist Edgar Berlanga (11-0, 11 KOs) will face Gregory Trenel (11-4-2, 3 KOs) in the eight-round co-feature. Two-time Cuban Olympic gold medalist Robeisy Ramirez’s highly anticipated pro debut — a four-rounder at featherweight versus Adan Gonzales — will round out the tripleheader, which begins at 10 p.m. ET on ESPN+.

Said Frampton: “I’m gutted, gutted for the people that paid their hard-earned money to make the trip to support me. I’ve spent the summer away from my family training for the fight, all a waste now because of this freak accident.”

All ticket refunds can be made at the Liacouras Center Box Office, Ticketmaster.com or call 1-800-745-3000. Ticket refunds will be valid until Wednesday, Aug. 7.

Promoted by Top Rank, in association with Peltz Boxing, remaining tickets priced at $100, $55 and $35 (not including applicable fees) are on sale now and can be purchased at the Liacouras Center Box Office and www.liacourascenter.com, or by calling Peltz Boxing at 215-765-0922.