SANTA MONICA, CA. (July 11, 2019) – Unbeaten contender and University of Notre Dame graduate Mike Lee held a media workout Thursday at Churchill Boxing Club in Santa Monica, California before his upcoming title showdown against super middleweight champion Caleb “Sweethands” Plant Saturday, July 20 in the FOX PBC Fight Night main event from the MGM Grand Garden Arena in Las Vegas.
Tickets for the event, which is presented by TGB Promotions and Sweethands Promotions, are on sale now and can be purchased online through AXS.com, charge by phone at 866-740-7711 or in person at any MGM Resorts International box office.
Lee is a graduate of the University of Notre Dame where he earned a finance degree from the Mendoza School of Business before embarking on his pro boxing career. Here is what Lee had to say about his training camp, his journey to fighting for the title and more:
MIKE LEE
“I’m very excited. On July 20 I will be fighting for the world title live on FOX in Las Vegas and it’s a dream come true. I’m 21-0, about to be 22-0 and bringing everything I’ve got to this fight. I’m normally fighting at 175-pounds but I’m bringing all the power and speed down to 168 and I’m ready to win this belt. It has been a long camp and I feel ready. 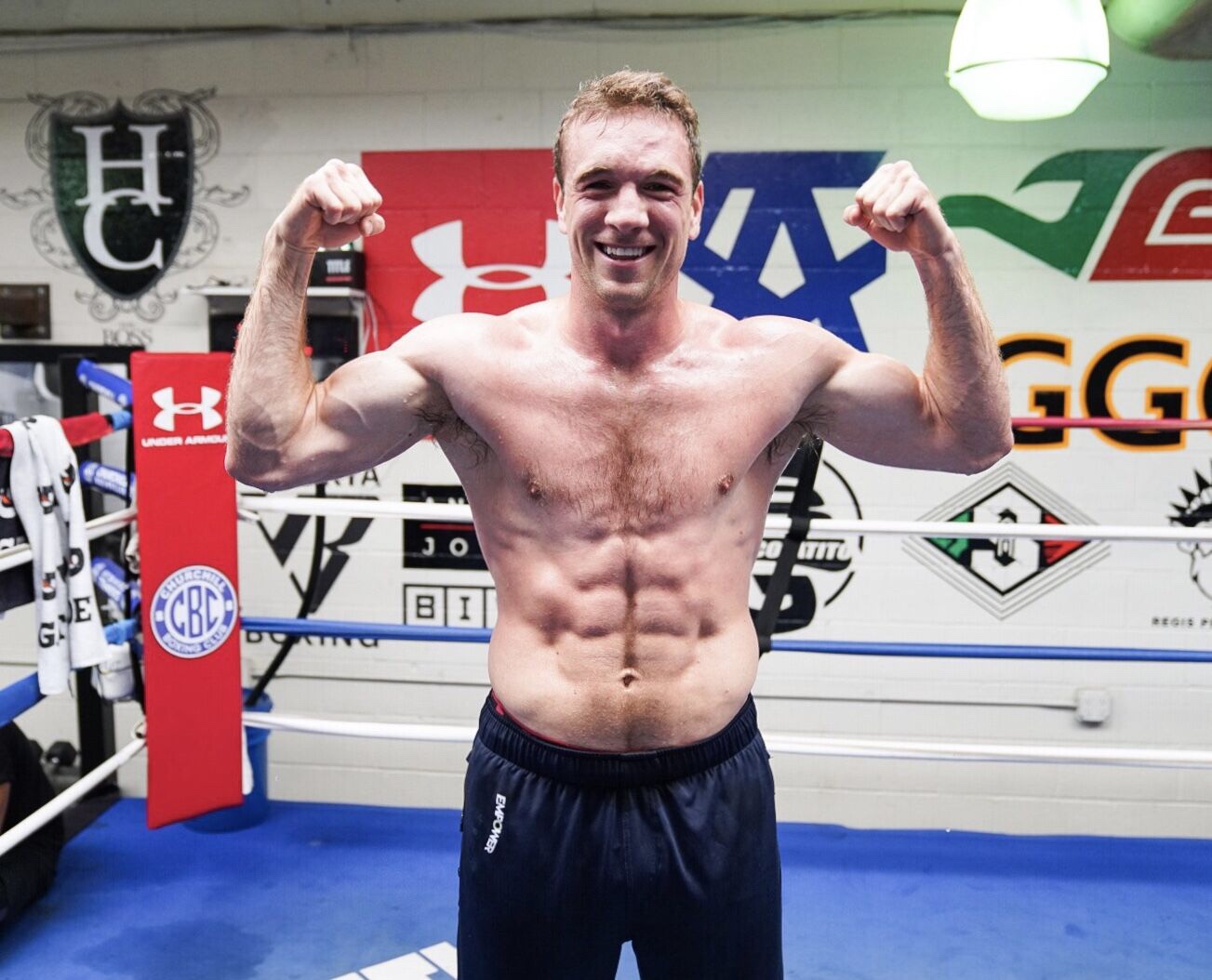 PHOTOS BY: SEAN MICHEAL HAM FOR TGB PROMOTIONS
“Anytime you’re training for a fight of this magnitude you’ve got to step up. You have to work hard but smart as well. I have a phenomenal team. We’ve been stepping everything up between diet and nutrition. It’s been a long camp but I’ve been pushing it. I feel phenomenal.
“I think anybody could have certain perceptions of me in and out of the ring. But it doesn’t matter. All that matters is when the bell rings and I’m the best Mike Lee. What Plant says doesn’t matter to me. I see it as insecurity. I feel confident. People have doubted me my entire career. They didn’t think I would get to 10-0 or 20-0, but here I am fighting for a world title. I love proving the doubters wrong. It really motivates me. 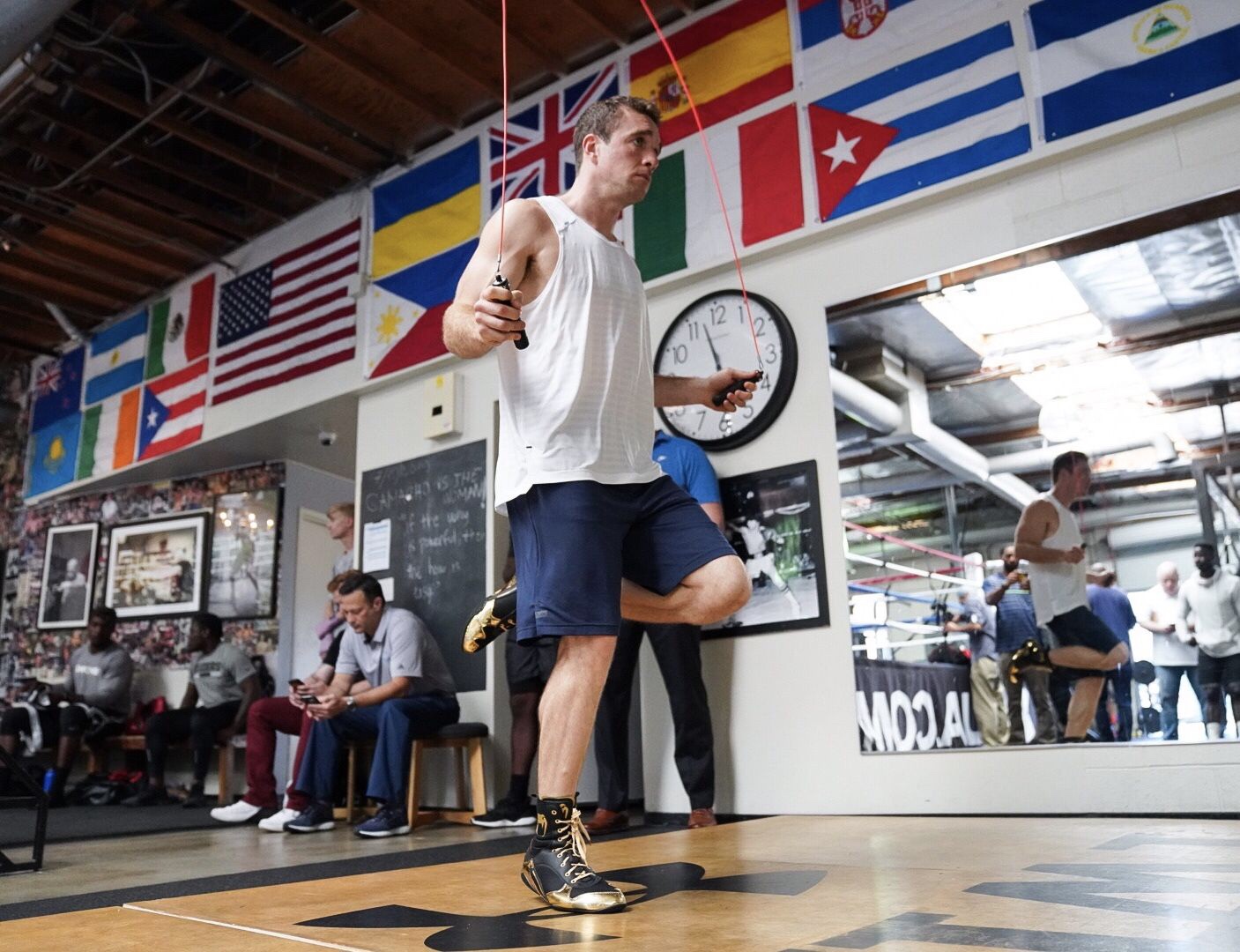 “I’ve done a lot outside the ring whether it’s starting companies or philanthropy with the children charities I’ve worked with. I’m very proud of that. At the end of the day I want my legacy to be known that I went for it and that although I won belts, I helped people along the way. For every single fight I have had a children’s charity involved and I will keep doing that. If anyone wants to say that I’m involved in too many things outside of boxing, I think that’s crazy and my undefeated record proves otherwise.
“I don’t know Plant personally at all so I can’t speak about him personally. All I know is that we fight July 20th and that’s all I care about.
“I’ve fought on a lot of Manny Pacquiao undercards in Las Vegas. I love it. Manny has incredible fans and they always come to support me as well. Just to be a part of that card is an honor. Manny is one of the biggest names in boxing and in the world right now. I am grateful, excited and very honored.
“I turn to Jamal Abdullah and Julian Chua for anything boxing-related. I’ve had Jamal and Julian with me for about seven fights and they’ve been a phenomenal part of my success. I trust them both.
“A few years back I got diagnosed with this auto-immune disease that put me in the hospital for two years. I was in and out of hospitals and dealt with so much pain. Doctors told me that I would never fight again. For me to be sitting here is a blessing. I’ve won eight fights since I was diagnosed and it hasn’t been an easy road at all, but it’s going to make this victory so much sweeter. The fact that I’ve sacrificed so much and put my body through so much and have had people tell me that I can’t do it, that I’m not strong or fast enough, will be all worth it. I’m here now. I’m on this world stage now where the cameras are flashing and I’m just so grateful to be in this position right now to chase my dream.
“Anything that comes out of Plant’s mouth does not matter to me. My entire career I’ve had guys that are either been quiet in press conferences or guys that talk trash in press conferences. I have beat them all. All that matters is this fight. What he says is irrelevant.
“I started boxing at a young age and at Notre Dame where I started boxing in the amateurs I really just learned a lot about who I was as a man and really started giving back. The Notre Dame community has been incredible. Their alumni network has followed me all over the country. Whether I’m in Vegas, L.A, New York or Chicago, the alumni network follows me around and has instilled this ideology of giving back throughout my career. For that I am grateful and I’m excited to make them proud on July 20.
“Whether it’s health or anything in life, I’ve always been huge on visualization and just going after what I love. I’m constantly throughout training camp closing my eyes and visualizing myself with that belt and visualizing round by round how I am going to win. I’ve done that every single fight of my career and it’s interesting because when you keep going through those motions mentally, when you step into the ring, it’s like you’ve already been there hundreds of times. For me it’s all about staying calm and staying focused, whether it’s press conferences or anything with the media, I say ‘have fun Mike.’ Those are the words I say to myself. If I come out all intense I don’t have a good fight. For me it’s just about staying loose and having fun. That is how I fight the best.
“It’s been a while since we’ve had a Chicago fighter win the world title. We’ve won NHL, MLB, NBA. We have a history of great sports so to be able to bring this title back to Chicago is a dream come true and I really look forward to it.
“I tell people to follow their passion no matter what and don’t let those one or two comments of negative energy into your head. At the end of the day I want to go to bed when I am 100 years old knowing that I went for it. That I put all the chips on the table and went for it because I don’t want to live with that pain or regret. Go after what you love, go after your passion and really do what you love because the pain or regret hurts a lot more than the broken hands and broken noses and all the pain that I have gone through.”
JULIAN CHUA, Lee’s Co-Trainer
“This is my seventh fight working with Jamal Abdullah and with Mike. He’s grown so much with each camp. We’ve worked on so many things for this fight and he’s in great shape as you can see. There will be no issue with him making weight and retaining his power for July 20. 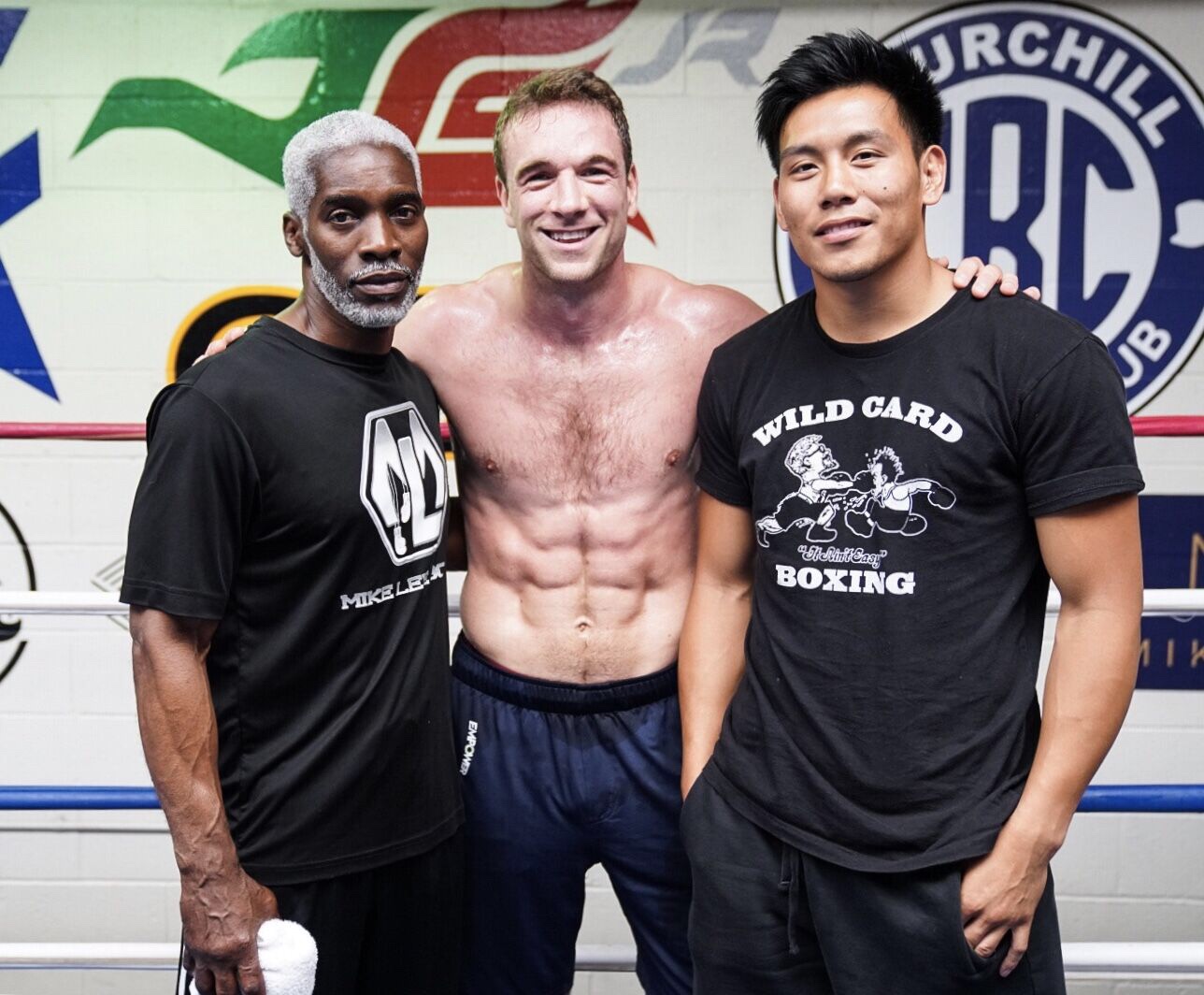 “The excitement and enthusiasm inside the camp has grown each day. As a team we realize how high the stakes are and we’re all looking forward to victory next Saturday night.”