LAS VEGAS (June 21, 2019) – Former world champion Jermell Charlo and hard hitting Jorge Cota went face-to-face at the final press conference on Friday before their main event showdown that headlines FOX PBC Fight Night live on FOX and FOX Deportes this Sunday night from Mandalay Bay Events Center in Las Vegas.
Friday’s press conference also featured former world champions Guillermo “El Chacal” Rigondeaux and Julio Ceja, ahead of their WBC Super Bantamweight world title eliminator, plus sensational unbeaten prospect Joey Spencer, who faces Akeem Black as a part of FOX PBC Fight Night on FOX and FOX Deportes beginning at 8 p.m. ET/ 5 p.m. PT.
Tickets for the event, which is promoted by Lions Only Promotions, TGB Promotions and
Mayweather Promotions, are on sale now and can be purchased at AXS.com.
Charlo and Cota squared off for the first time in front of media Friday, after Cota replaced WBC Super Welterweight Champion Tony Harrison, who was forced to withdraw from his rematch against Charlo due to an ankle injury. Harrison and Charlo plan to have their rematch later this year.
Here is what the fighters had to say from Rhythm & Riffs Lounge at Mandalay Bay Resort & Casino in Las Vegas:
JERMELL CHARLO
“I’m ready to fight. I’ve been ready to fight since they robbed me of my title. I want my belt back and I want every title in this division. This is my moment, and Cota is in my way. 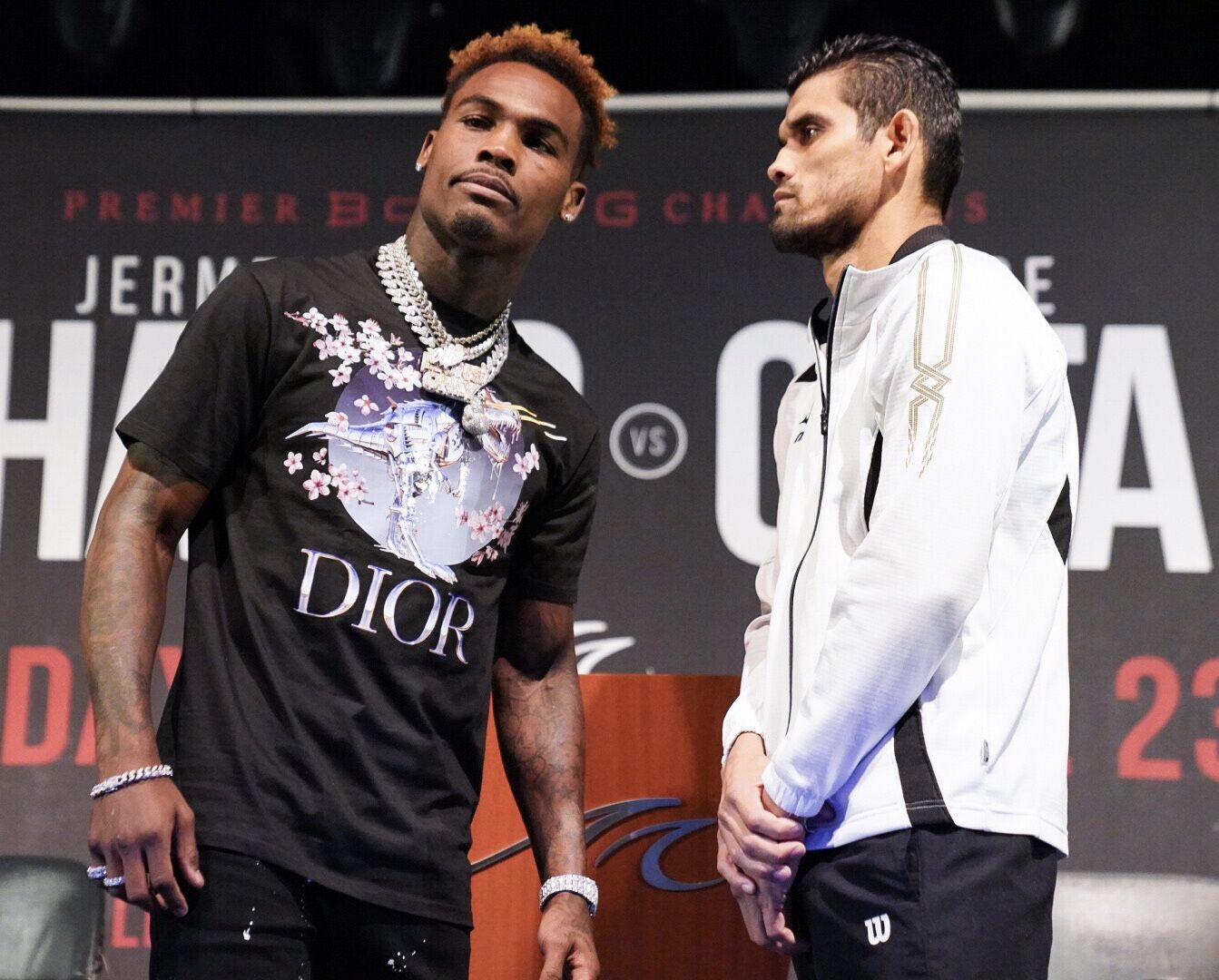 Photos By: Sean Michael Ham For Mayweather Promotions
“I’m always motivated to fight because I love boxing. I want to get in the ring any moment that I can. At the end of the day, I’m here to fight any of the top fighters in this division who will get in there with me.
“I’m thankful for every opportunity that I have to fight. It’s time for me not to just put a show on, but to dominate a guy who thinks he’s going to come in and beat me.
“I’m going to press my action and do anything I have to do to win this fight. If he can hang in there and stand the power and punch output, he can go 12 rounds. I’m not running from anyone.
“I have been going hard in training camp since January. I’ve really been going hard forever. I have a lot to prove and a whole new ambition for this sport. You’re going to see it on Sunday in primetime on FOX.
“The top fighters in the division know what they’re facing in the Charlos. I know (WBA and IBF 154-pound champion) Julian Williams is in-studio, and I’m proud of the way he overcame adversity and did his thing against Jarrett Hurd. He fought that fight the the same way that I would have, he just got there first. Just like him, I’m coming back from adversity to prove a point.
“When the Harrison injury happened I just thought, why is this happening to me again? But we have to go through things like this in our careers. The goal hasn’t changed. The road has changed, but we’ll keep going.”
JORGE COTA
“They told me three weeks ago about the fight and I knew this was a great opportunity that I was going to take advantage of. I’m going to win and then fight for the world title. 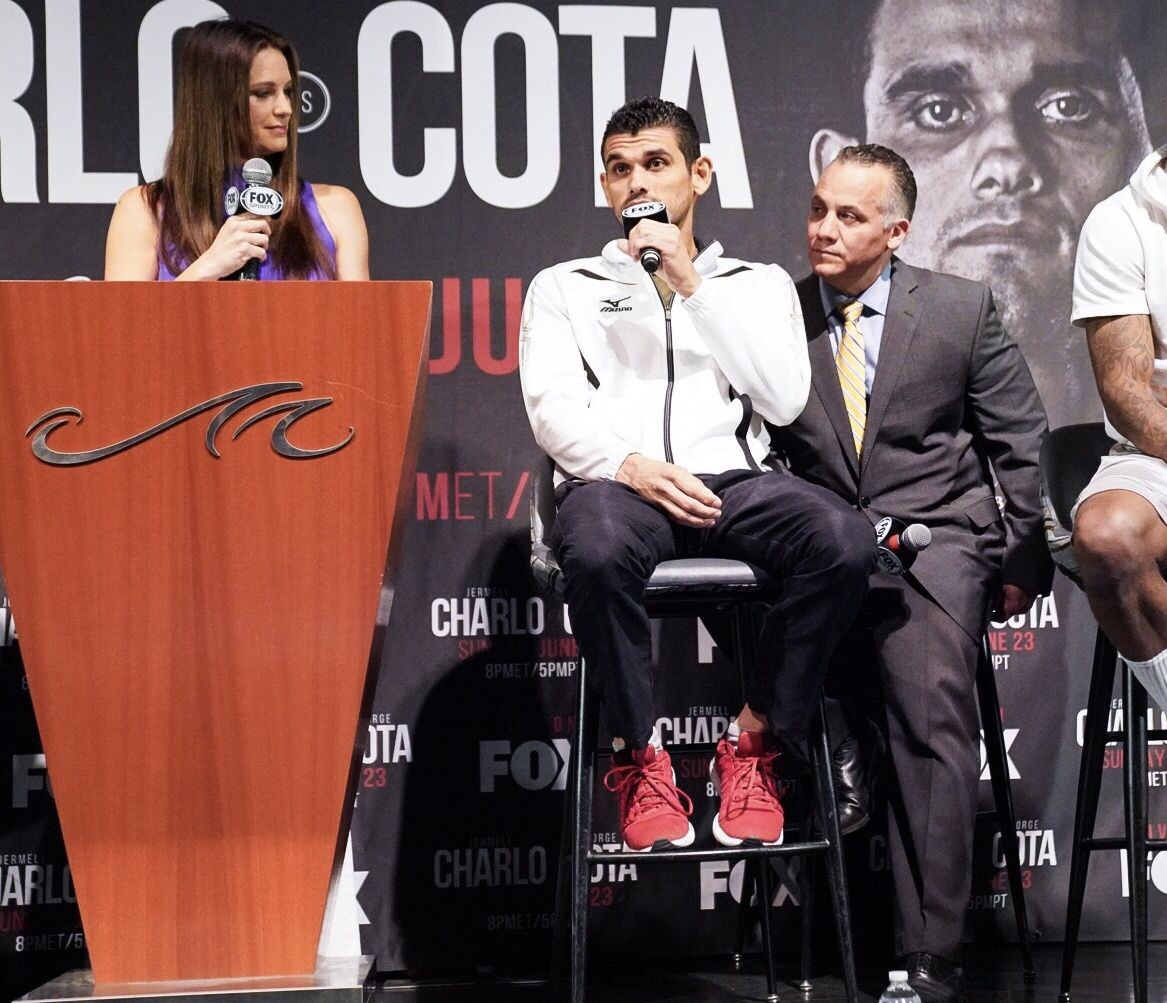 “Andy Ruiz had a great victory and it motivated me a lot heading into this fight. Something similar can happen Sunday with me against Charlo. Ruiz showed the underdog can win, so I hope that Charlo is prepared for Sunday.
“I thought Tony Harrison won against Jermell. I thought he boxed very intelligently, took Charlo out of his game plan and that allowed him to win.
“I think Jermell is a boxer who talks too much. He was very serious when we filmed our “Face To Face” show and I think he’s a guy who doesn’t back it up. He may talk tough today, but it’s only going to be the two of us in the ring on Sunday.
“We definitely picked it up in training when I got the call about fighting Charlo. We got intense and there was a lot of added motivation. We did everything we needed to do for this fight.”
GUILLERMO RIGONDEAUX
“I’m glad for this opportunity that I have and I’ll always be prepared for any opportunity. I’m going to put on a great performance on Sunday night.
“I’m ready to continue my legacy as a pound-for-pound great and I feel I have the opportunity here. I’m going to be the King of 122-pounds. No one wants to see me in the ring. 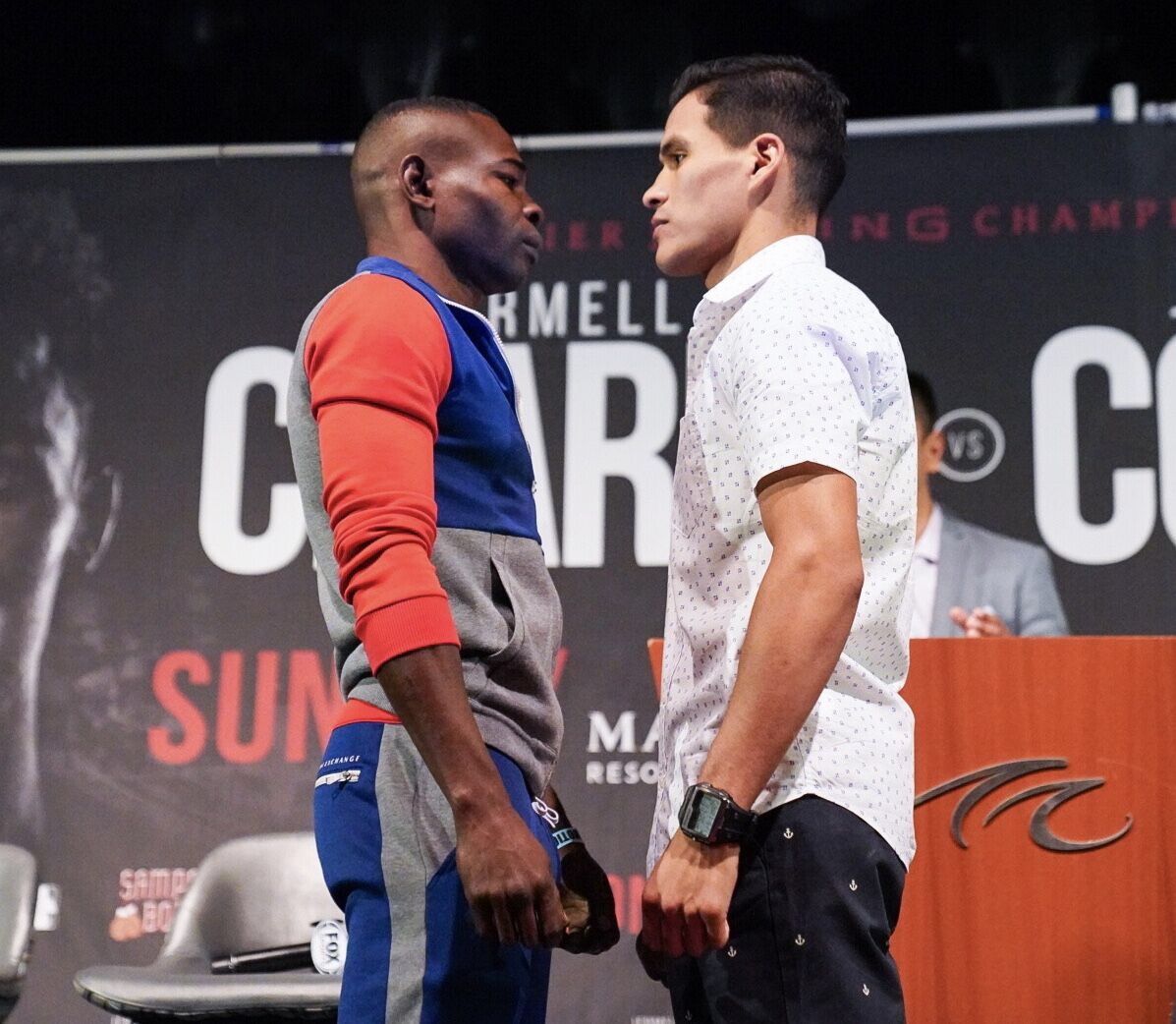 “I’ve had a great camp and I’m well-prepared for Sunday night that I’m working towards something big and at the end, I’ll have beaten everyone in the division.
“I know that I’m where the best will fight that best, and that’s what I’m all about. I’m the best out there and I’m here to prove it.”
JULIO CEJA
“I’ve fought on big stages before so this will be nothing new to me. I’m not worried about his name. I’ve just prepared well for a great fighter like I do every fight.
“I’m more prepared for this fight than I ever have been. I’m mentally 100% ready for this challenge and anything that happens in the fight. 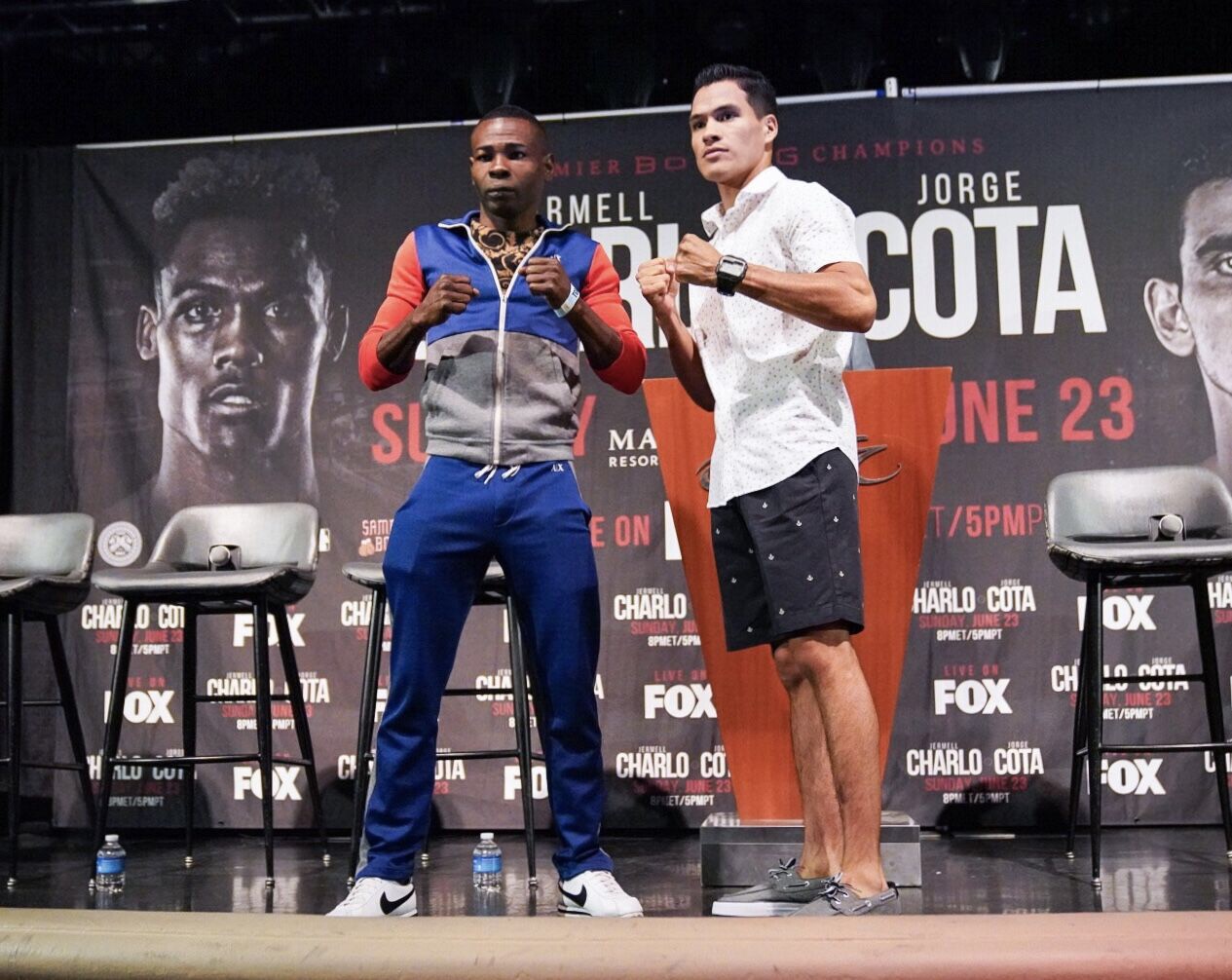 “I’m very happy to have this opportunity. We made changes in camp and have been working with the Joel Diaz and his brothers in Indio, California. They’ve helped me a lot and gave me intense training for this fight. I’ll be ready on Sunday night.”
JOEY SPENCER
“On paper he’s my toughest opponent. He’s got the best record of anyone I’ve faced and I just want to keep stepping up and progressing the right way. I know I can knock him out, but I’ll be ready to go six rounds. If I get more experience, I’ll never be mad at that. 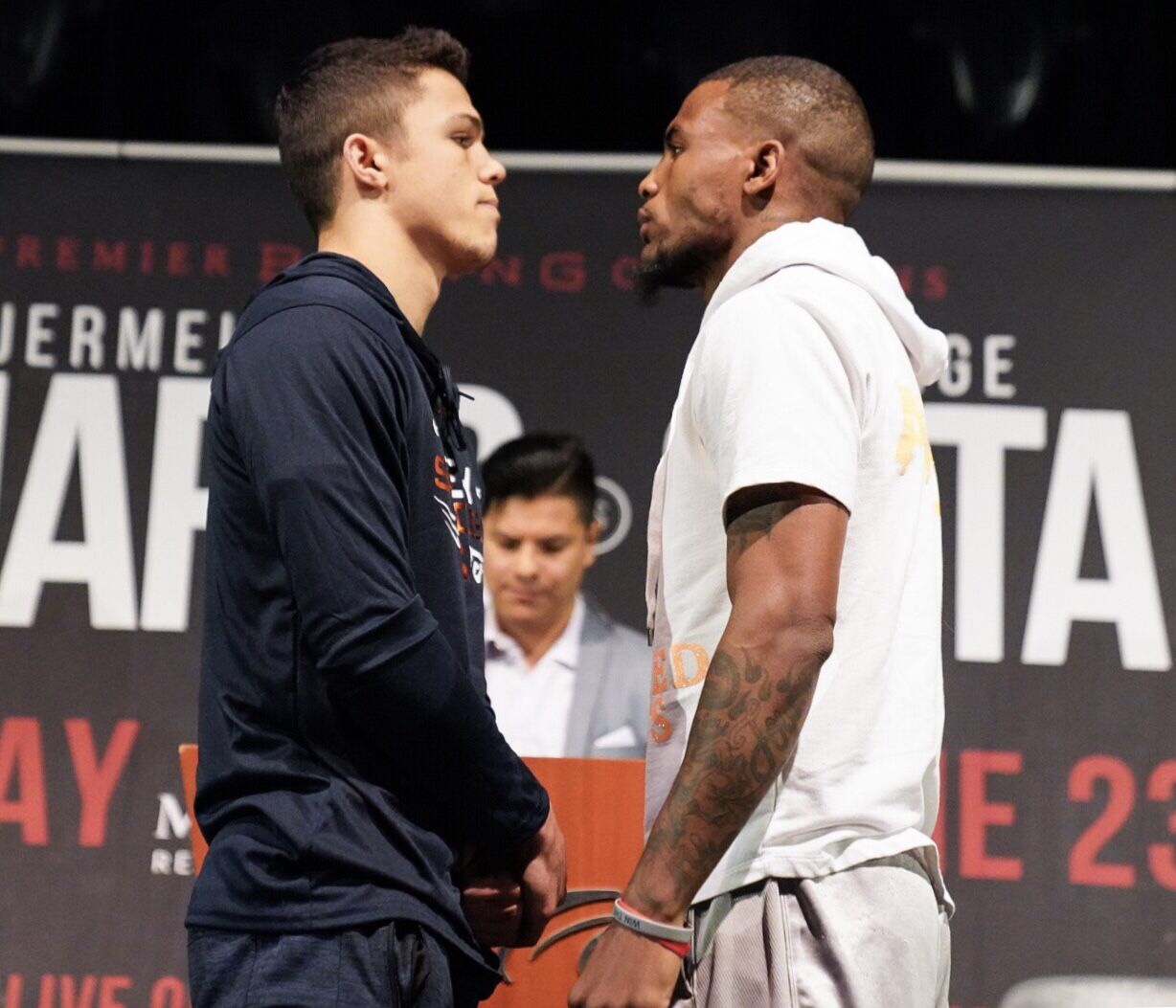 “Before my last fight I got sick in training which affected my weight cut, but this time I’m completely healthy, plus I have a new strength and conditioning coach. I’m in the best shape of my life and I’m ready to fire away.”
AKEEM BLACK
“I’ve been training for this since before I even even knew about Joey Spencer. I’ve had a lot of time to watch him and study his fights. I’m going to be ready to show him something he’s never seen.

“Right now, I’m better than I’ve ever been. He’s fought nobody like me and I’ve fought much better competition to him. He’s going to find out on Sunday.”