ORANGE, Calif. (June 10, 2019) – Unbeaten welterweight prospect Angel Ruiz (13-0, 10 KOs), who has won his last four contests by knockout, makes his headlining debut this Friday on “Path to Glory” against veteran Miguel Zamudio (43-12-1, 27 KOs).
The 8-round main event originates from the Doubletree Hotel in Ontario, Calif.
For the first time in his career, Ruiz, 21, faces a quality veteran that may pose problems for the young southpaw. 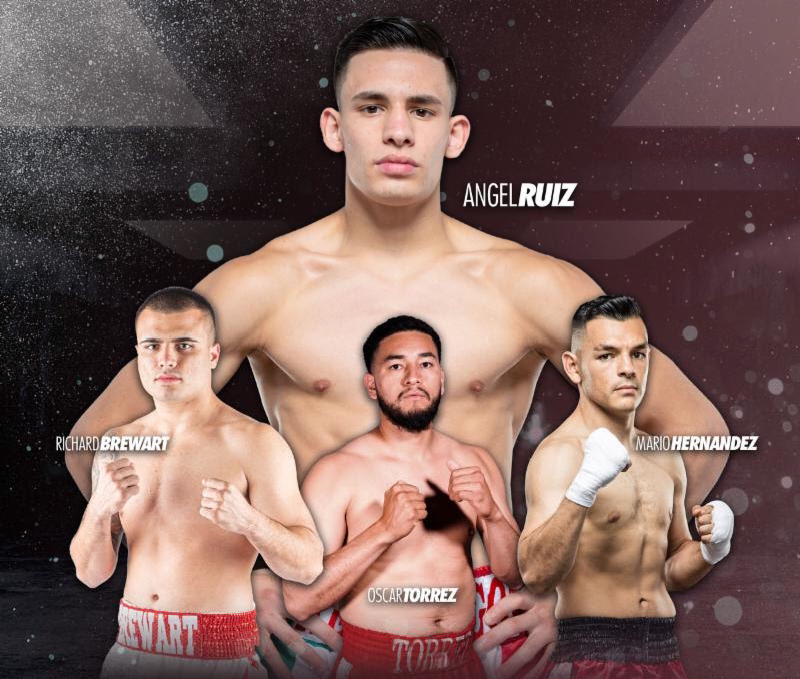 “You never know what to expect when you get matched with someone that has a lot more experience than you,” said Ruiz, who was born in Mexico, but now lives in Los Angeles. “The good news for me is that I sparred with a lot of quality guys for this fight. Zamudio is a tough guy, but I know I’m better.”

Despite his mileage, Zamudio is still only 28-years-old and fought Javier Fortuna for a featherweight title when he was just 22. Ruiz, who has a fan friendly style, plans to pressure him early to avoid getting sucked into any traps.

“I’ll probably start working off my jab so I can get a sense of his movement,”said Ruiz, who will be making his third straight appearance on a Thompson Boxing show on Friday. “The goal is to create space for the left hand. I know the fans would like to see a knockout so I’m going to try to give them one.”

Tickets for “Path to Glory” are priced at $40, $60, & $100 and are available for purchase at ThompsonBoxing.com, or by calling 714-935-0900.
In the co-feature, junior middleweight Richard Brewart (5-0, 2 KOs) of Rancho Cucamonga, Calif. faces fellow prospect Antonio Duarte (2-0) of Mexico (6-rounds).
Brewart, 20, turned professional last year and will be making his third appearance for 2019. Despite his young age, the 20-year-old displays an advanced skill set usually seen in prospects that are farther along.

“I’m just a gym rat,” said Brewart, who is trained by Henry Ramirez. “I’m always in the gym working out and trying to get better. It’s great to see the results that come from hard work.”

Opening “Path to Glory” is featherweight Tito Sanchez (2-0, 2 KOs) of Indio, Calif. Sanchez will face an opponent to be named later (4-rounds).

All fights will be live streamed on TB Presents: Path to Glory via our Facebook page, YouTube channel and ThompsonBoxing.com. Beto Duran will handle blow-by-blow duties, while Doug Fischer provides expert, color commentary.
The livestream starts at 8:00 p.m. PT / 11:00 p.m. ET.
The Doubletree Hotel is located at 222 N. Vineyard Ave, Ontario, CA 91764, and can be reached at 909-937-0900.

“Path to Glory” is presented by Thompson Boxing Promotions and sponsored by Everlast.
For more information, please visit ThompsonBoxing.com.
For regular updates on our fighters, events, and promotions, please check our Facebook Page, watch our YouTube channel on Thompson Boxing TV, and follow us on Instagram and Twitter @ThompsonBoxing.