“I came here to put on a show for Las Vegas and I hope everyone enjoyed it as much as i did,” Fury said. “I want to thank everyone for putting on a great show. ESPN was promoting the show every day for four weeks. There was a 2.5-hour documentary on ESPN last night. {Top Rank is} the greatest promotional company in the world.” 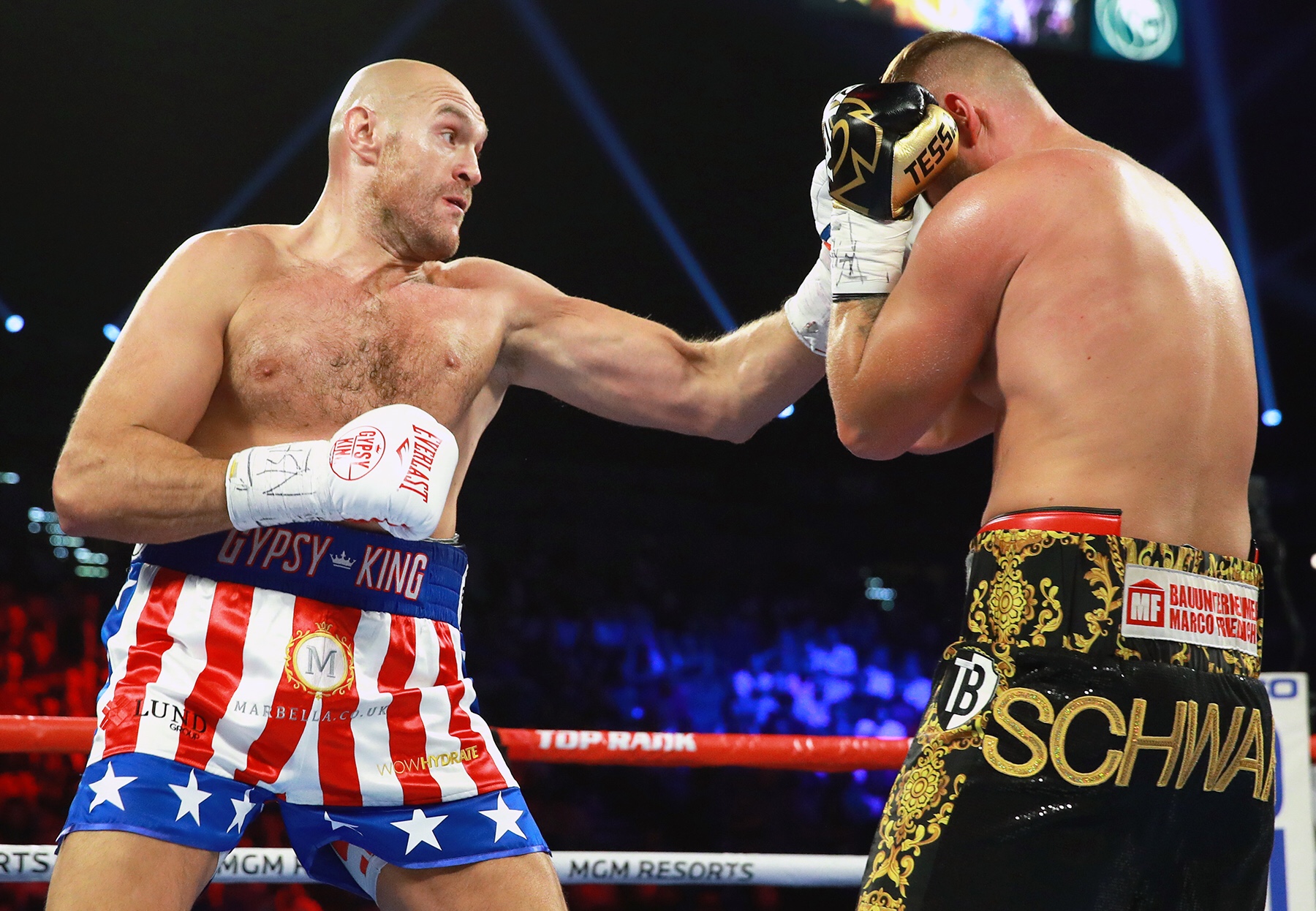 Fury, who entered the ring to James Brown’s “Living in America” in an homage to Rocky IV,  was never threatened by his challenger. A knockdown early in the second was the beginning of the end. Shortly thereafter, Schwarz’s corner threw in the white towel and referee Kenny Bayless stepped in to end the carnage.

Jesse “Hollywood” Hart came up short in a pair of super middleweight world title shots. Well, it looks as if the light heavyweight division suits the Philadelphia native quite well. 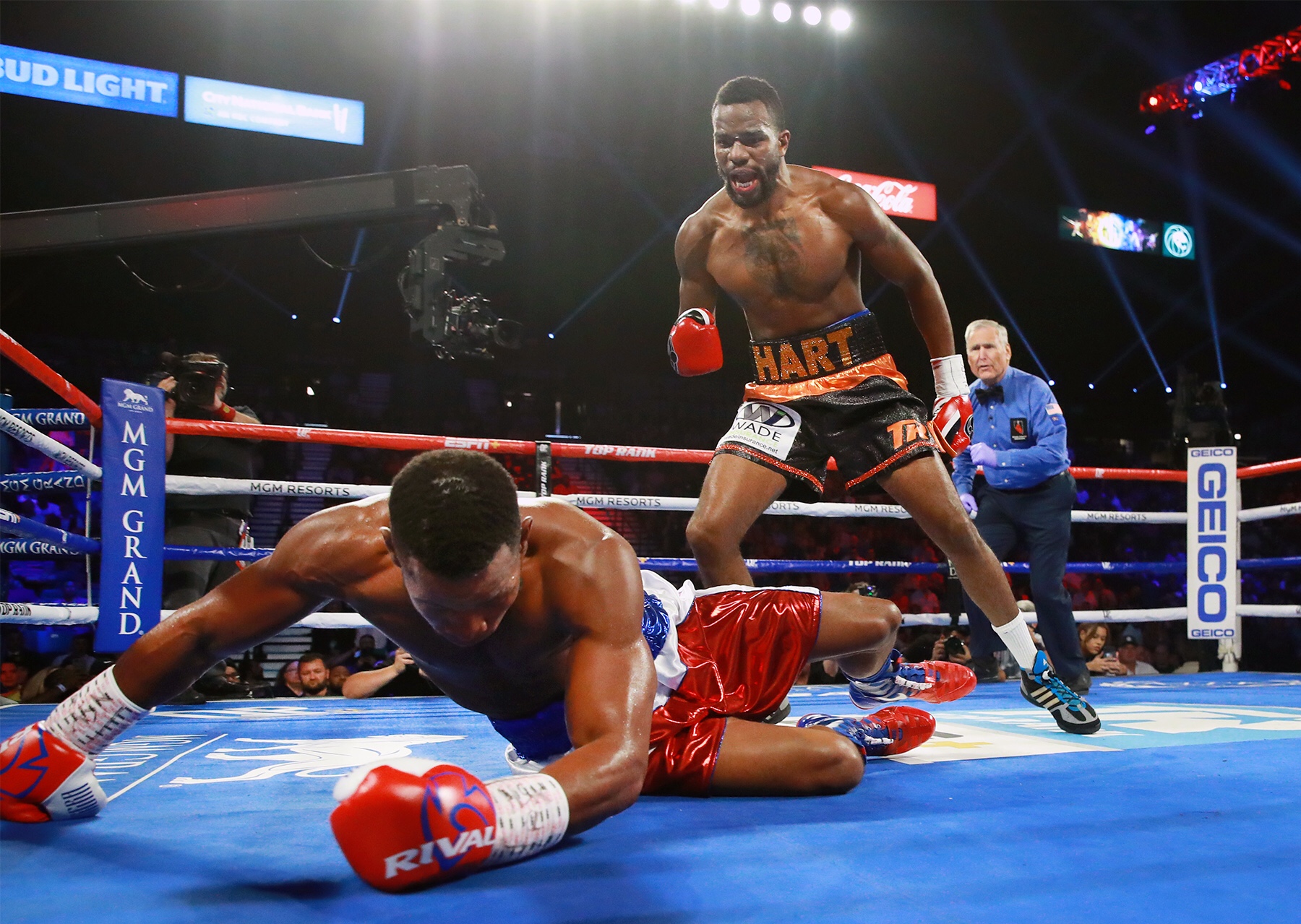 It was a rugged, sometimes sloppy fight, as Hart’s activity was the difference.

“I don’t take nothing away from Sullivan Barrera, but I hurt my hand in the seventh round,” Hart said. “I had one hand. My right hand was completely shot. After I hurt him and dropped him, I couldn’t really finish him. That’s why you saw the left hook come. As you can see, I can punch with both hands. I take my hat off to him. He came to fight.” 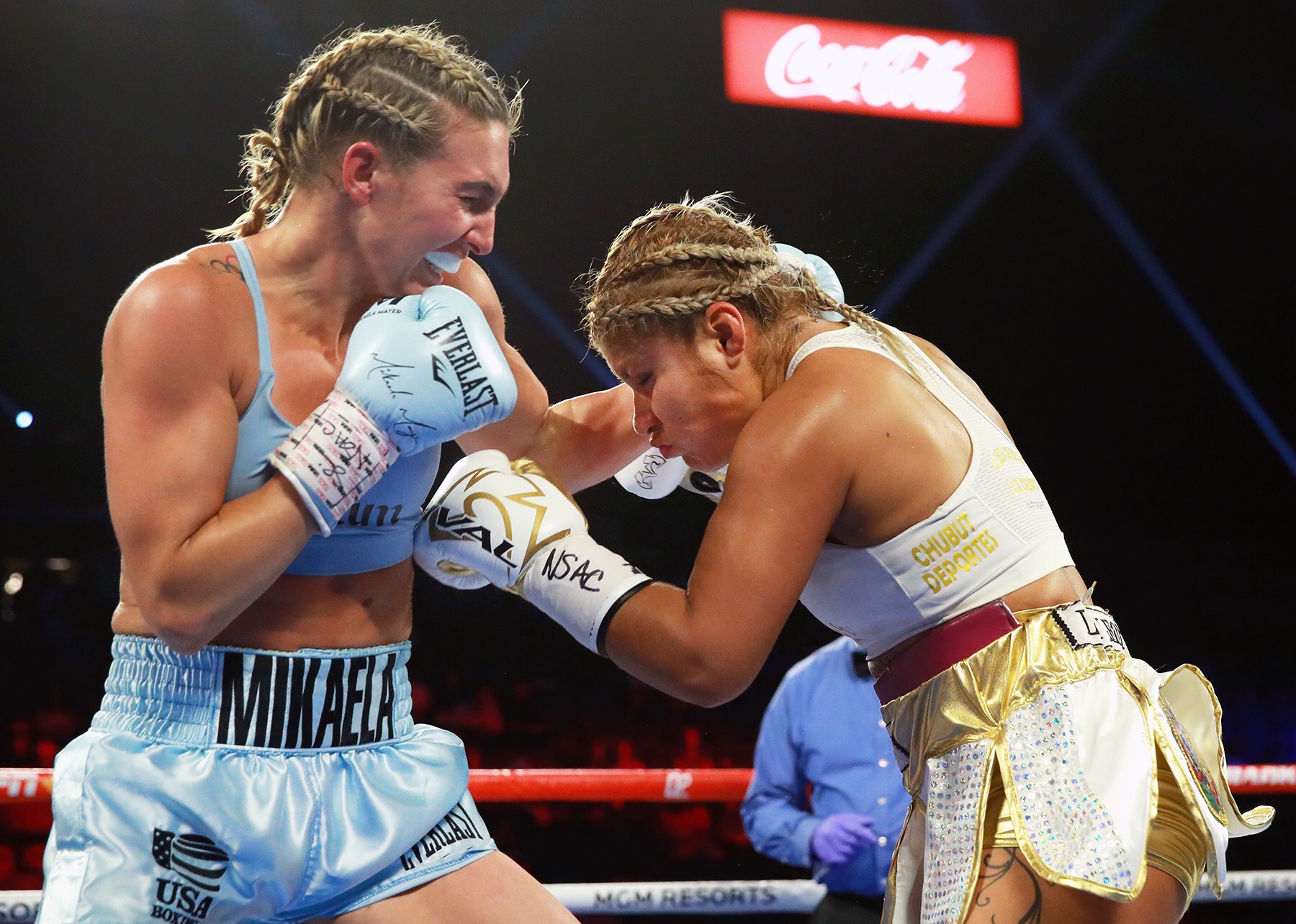 “I am ready for a world title fight next,” Mayer said. “It’s time for the champions to step up and get in the ring with me.”

— In a battle of unbeatens, Albert Bell (15-0, 5 KOs) won the WBC Continental Americas super featherweight belt with a 10-round unanimous decision over Andy Vences (22-1-1, 12 KOs). All three judges scored the bout 97-93 for Bell, a Toledo native competing in his first 10-rounder. 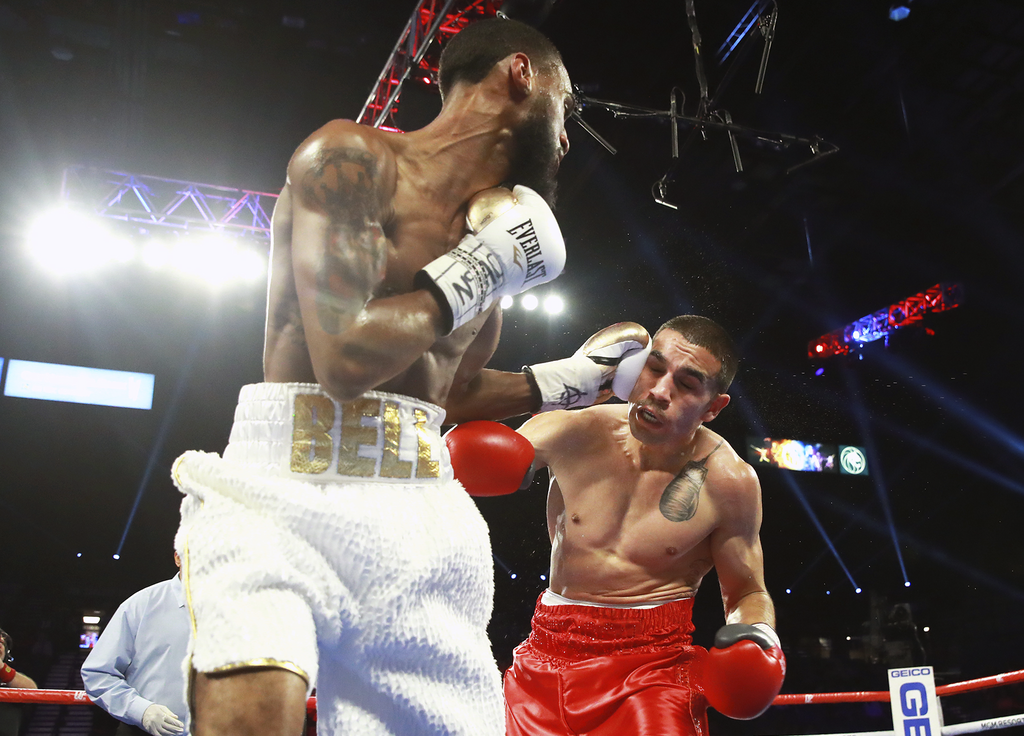 “I worked so hard for this. In my first 10-rounder, I went out there and put my undefeated record on the line against a top guy,” Bell said. “You don’t see that too much anymore. I’ve been counted out, and this shows that I’m a fighter to be taken seriously at 130 pounds.” 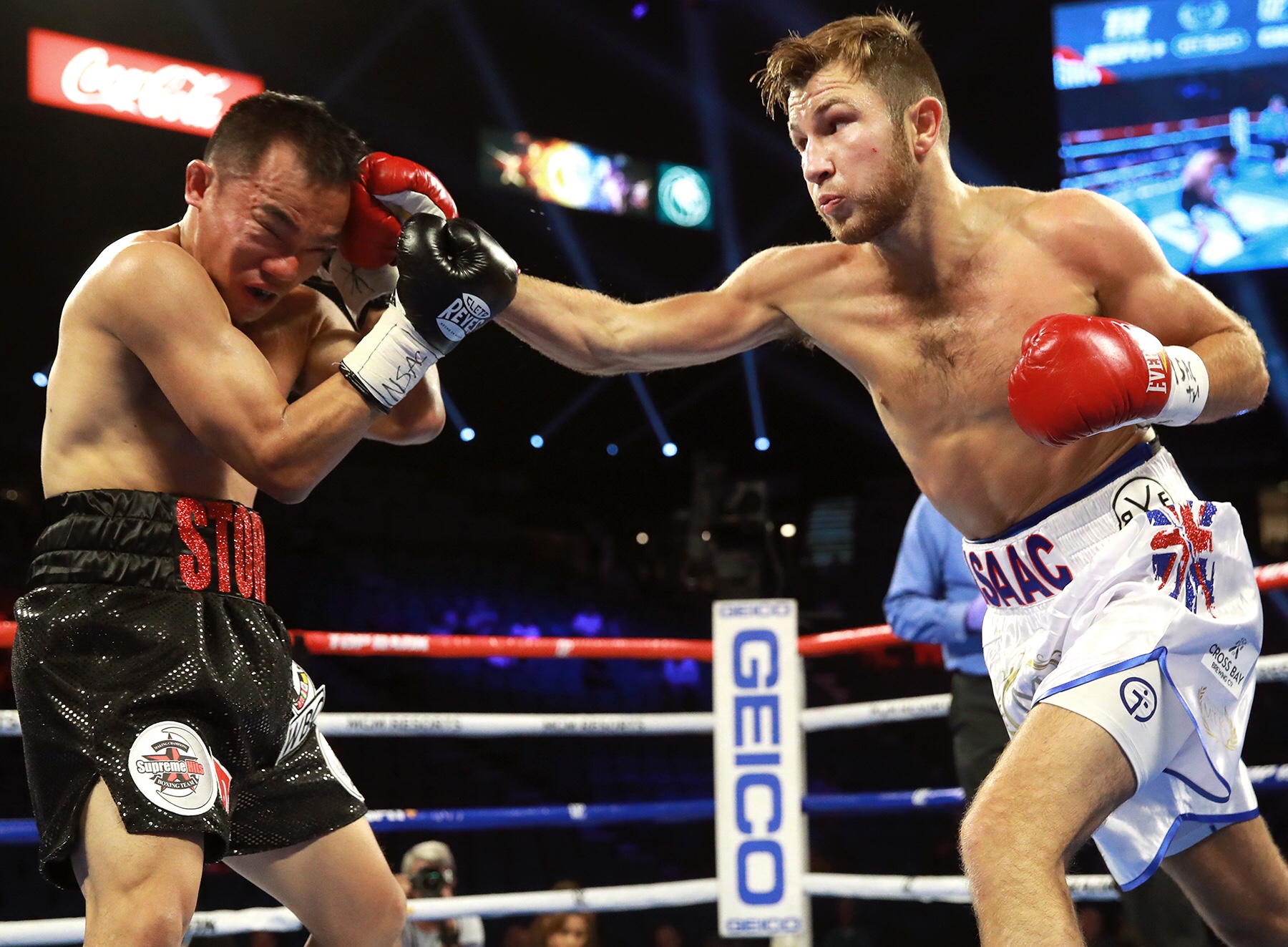 “This was a great experience. Look at me, 25 years old, fighting in Las Vegas on the undercard of the big fellow,” Lowe said. “I hurt my right hand in the fourth round, so I was limited as to what I could do in there. But we got the job done, and we’re going to go back to the drawing board and see what it is next.”

— Heavyweight Guido “The Gladiator” Vianello (4-0, 4 KOs) made quick work of Keenan Hickman (6-4-1, 2 KOs), scoring a trio of knockdowns in the second round to secure the TKO. 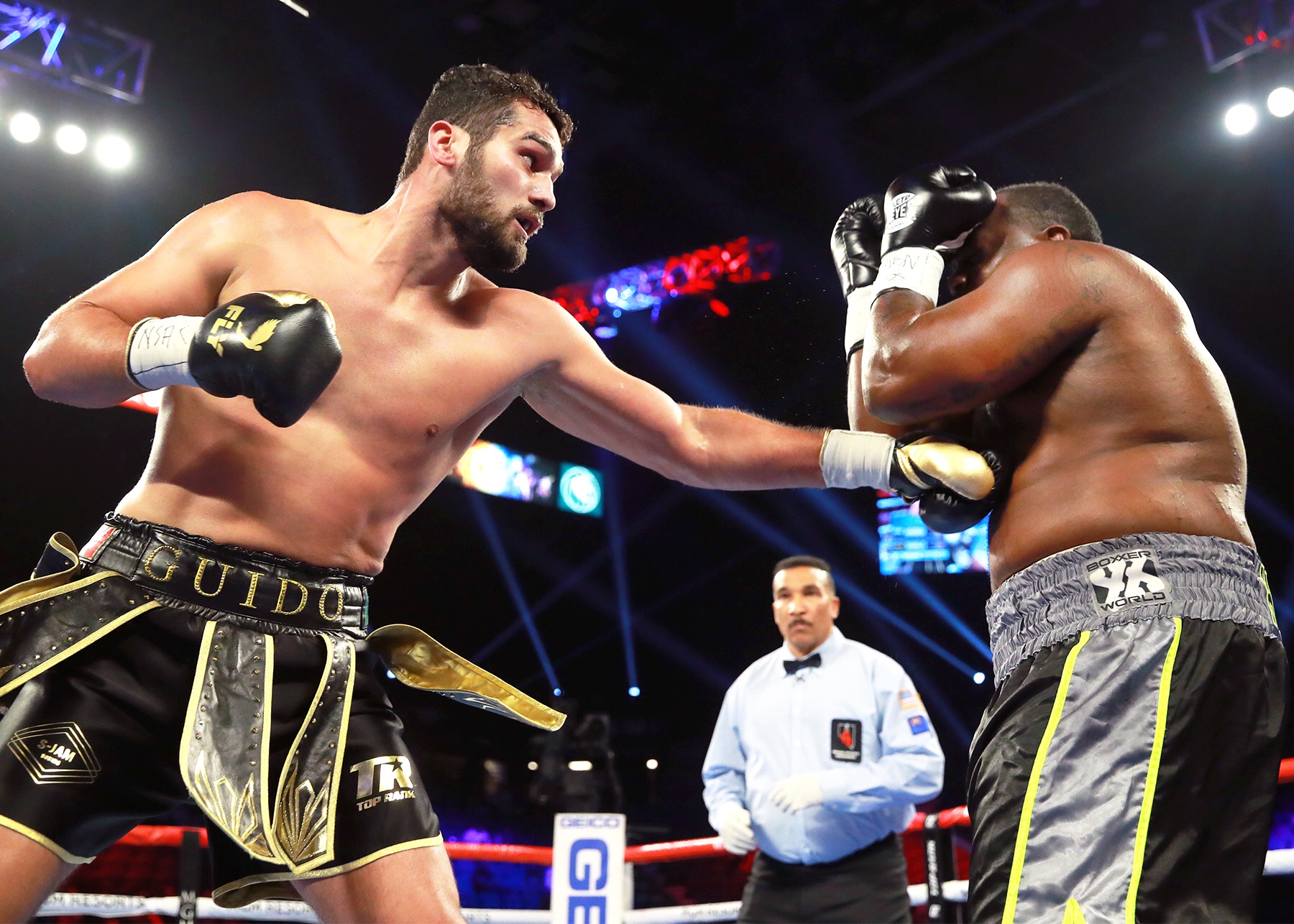 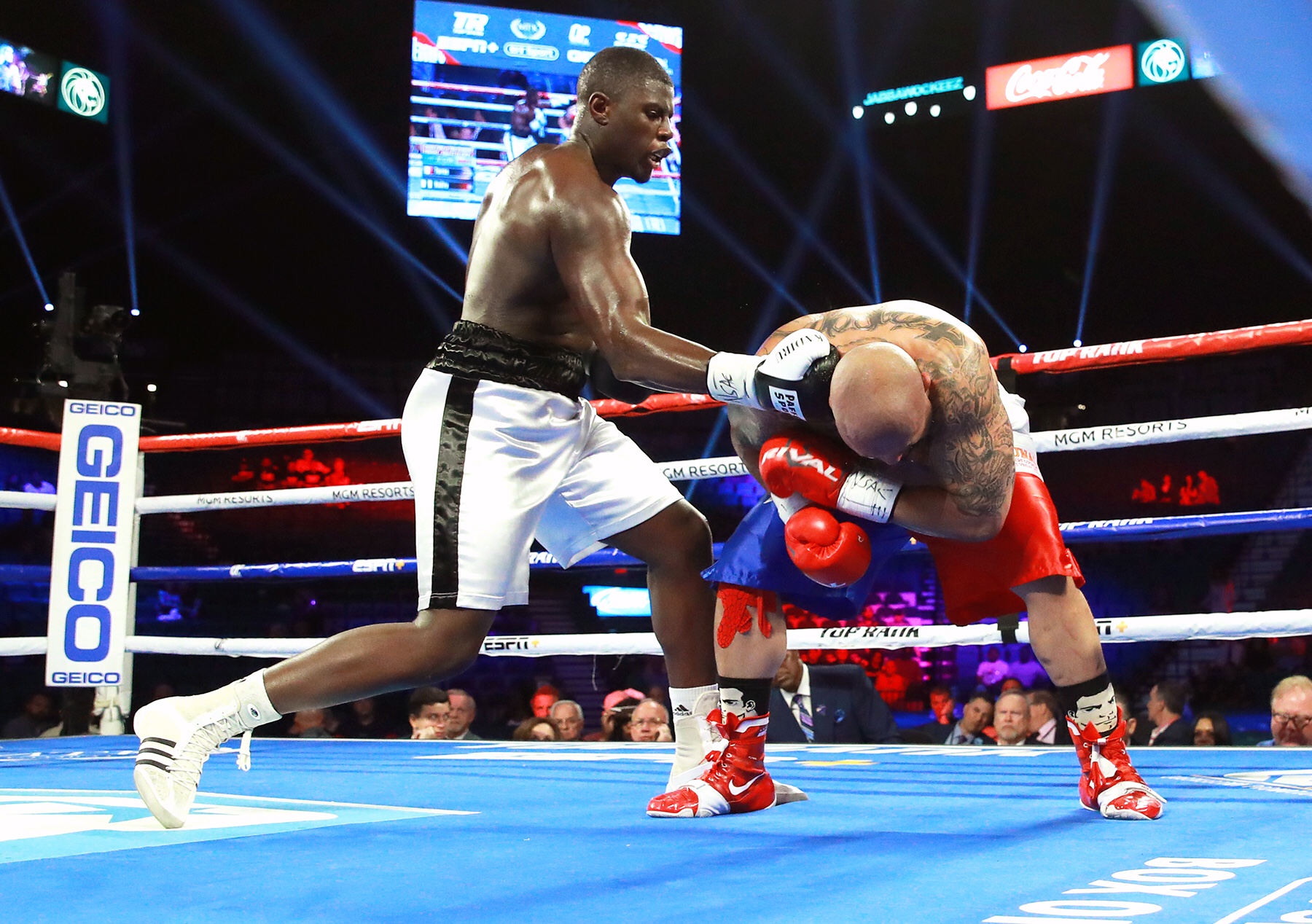