Anderson, from the storied fight city of Toledo, Ohio, will make his professional debut October 26 on the Shakur Stevenson-Joet Gonzalez undercard in Reno, Nevada. Managed by James Prince and co-promoted by Antonio Leonard, the 19-year-old Anderson joins fellow Toledo natives Albert Bell and Tyler McCreary on the Top Rank roster.

Anderson is trained by Darrie Riley, the Toledo-based trainer who has helped develop a host of the city’s top young fighters, including Bell, DeAndre Ware, Angelo Snow and Wesley Tucker. 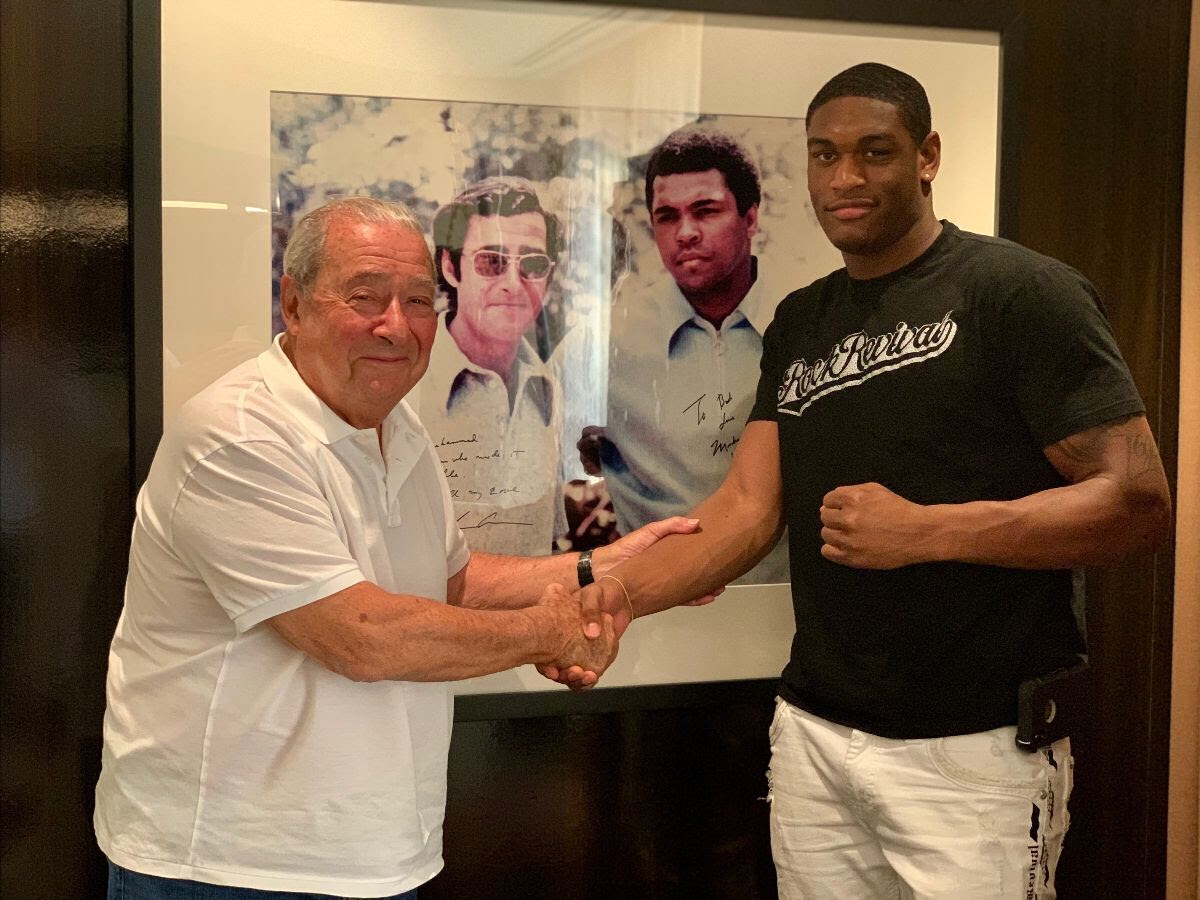 “Jared Anderson is a big, strong kid who proved himself to be a heavyweight destroyer while competing for Team USA,” said Top Rank chairman Bob Arum. “He can fight, he is a charismatic young man, and he has the desire to be one of the greats.”

“This means the world to me. I feel like I can start my career and build something so that I can support my family,” Anderson said. “I want to represent my city and become a role model for kids who have dreams. My dream is to become the heavyweight champion of the world. I want to become an ambassador for my city and use my platform for good. Toledo means so much to me and for me to give back would mean everything.”

Said Riley: “He is a good kid who has the work ethic needed to become a champion. By the time he was 15 years old, I knew he had what it took to become a great fighter. Toledo has a long history of great fighters, and Jared is the next one to represent his city.”

Anderson emerged as one of the nation’s most highly regarded talents when he upset the field to win a 2017 USA National Championship. He repeated as national champion in 2018 and decided to turn pro rather than pursue a spot on the 2020 Olympic team. As an amateur, Anderson sparred former world champion Joseph Parker, promotional stablemate Sonny Conto and 2016 Olympic super heavyweight gold medalist Tony Yoka.