Navarrete-De Vaca was elevated to main event status after Jose Benavidez Jr.’s leg injury forced him to pull out of his welterweight bout against Luis Collazo.

Navarrete-De Vaca and Magdaleno-Rivera will headline the inaugural fight card at the year-old stadium and will be televised live on ESPN and ESPN Deportes beginning at 10 p.m. ET/7 p.m. PT. 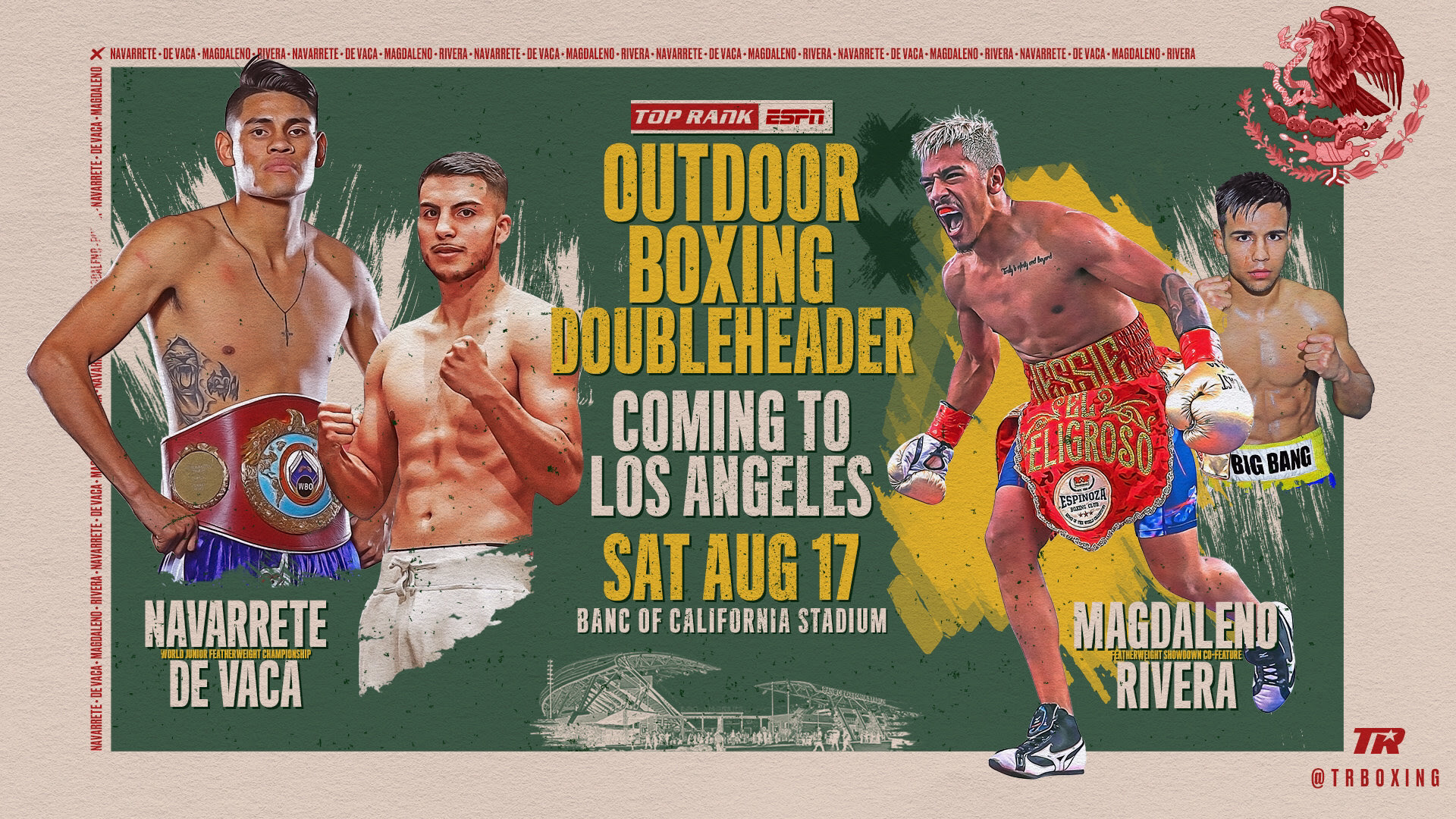 “This is a great opportunity as I continue my quest to become a two-weight world champion,” Magdaleno said. “Nothing is going to stand in my way, especially Rafael Rivera. He is a tough guy, but I am in a different class.”

“I have experience at the highest levels of the sport, so Magdaleno is not going to intimidate me,” Rivera said. “I know what a win would mean for my career. I am going to bring my Mexican fighting spirit to Los Angeles and hand Magdaleno the second loss of his career.”

Magdaleno (26-1, 18 KOs) will be making his second ring appearance since losing his world title in April 2018 in a Fight of the Year contender to Isaac Dogboe. The Las Vegas native, who made one successful defense of the belt he won from future Hall of Famer Nonito Donaire in November 2016, moved up to featherweight following the Dogboe defeat. He returned March 23 in Costa Mesa, California, and won a wide unanimous decision over former world champion Rico Ramos.

Rivera (27-3-2, 18 KOs), from Tijuana, Mexico, has never been knocked out as a pro and is two fights removed from a spirited effort in a decision loss to WBA super world featherweight champion Leo Santa Cruz. In July 2018, he dropped a tightly contested split decision to top featherweight prospect Joet Gonzalez, who was 19-0 at the time.

Promoted by Top Rank, in association with Zanfer Promotions and Iron Boy Promotions, tickets priced at $100, $80, $70, $60, $45 and $25 (not including applicable fees) are on sale now and can be purchased at Ticketmaster.com, charge by phone at 800-745-3000 and in person at the Banc of California Stadium box office.