HOUSTON (June 30, 2019) – In front of a sold out crowd of his hometown fans, WBC Middleweight World Champion Jermall Charlodefended his new title for the first time and kept his unbeaten record in dominating fashion against Brandon Adams Saturday night at NRG Arena live on SHOWTIME.

In his first defense since being elevated to WBC Middleweight Champion earlier this week, Charlo methodically picked apart the much smaller Adams (21-3, 13 KOs), a Los Angeles native who earned his title shot by winning the 2018 reboot of The Contender. Despite an injury to his left hand, Charlo recorded double digit connects in every round but the first while limiting the resilient and durable Adams to single digit connects in all but the final round. 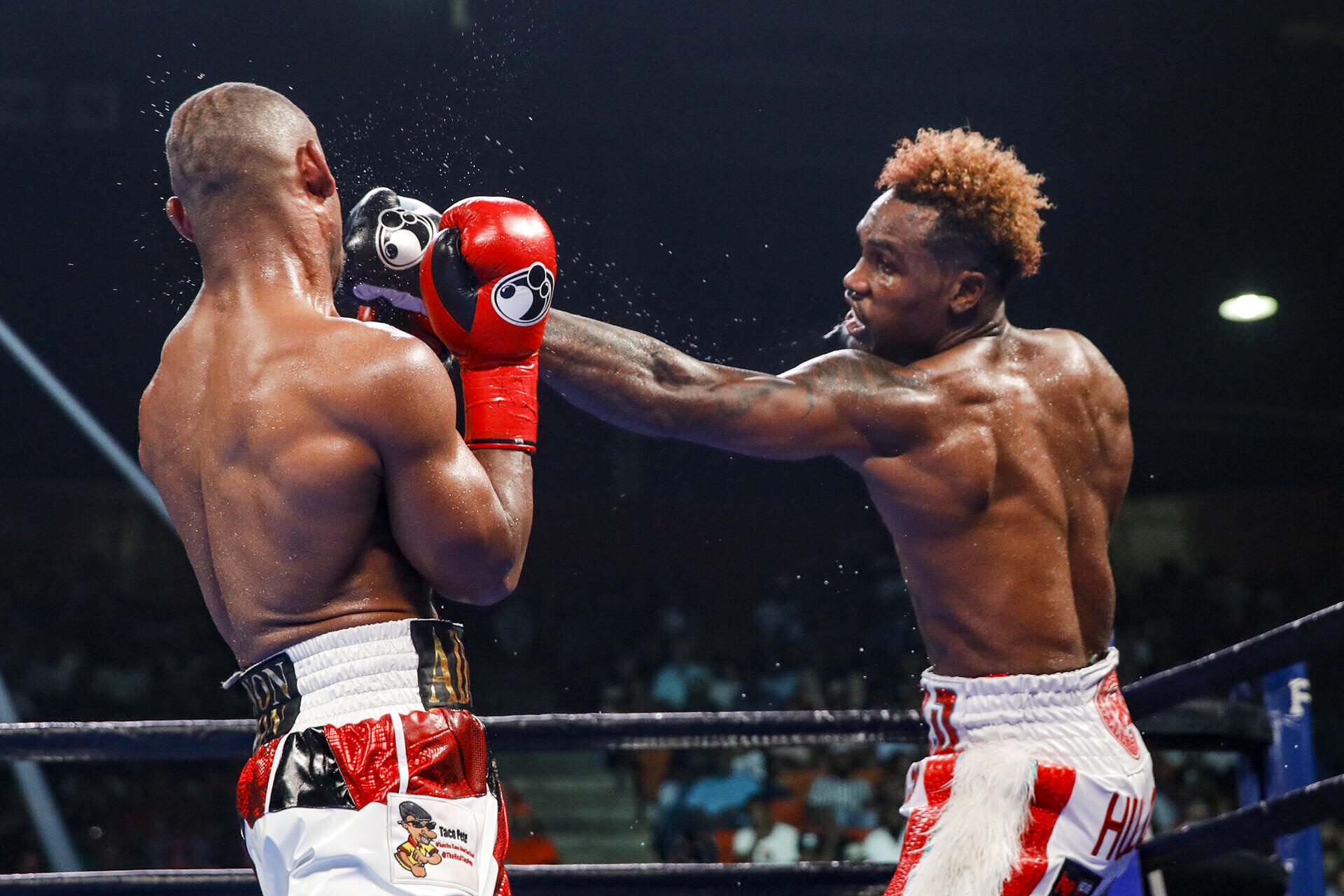 Photos By: Esther Lin For Showtime

Charlo was unable to punctuate his dominating display with the knockout he craved in front of the 6,408 fans who saw him headline in his hometown for the first time in his career. Despite that, Charlo was even more active than usual and led 151-73 overall in total punches landed and 118-42 in power punches connected. Charlo also made a concerted effort to attack the body, landing more shots to the body than in any his last five fights.

“I wasn’t frustrated that I didn’t get the knockout,” Charlo told SHOWTIME’s Hall of Fame ringside reporter Jim Gray following the fight. “This is boxing and he came out to box. I came out to fight. It was a good fight. The city of Houston, I’ll be back. 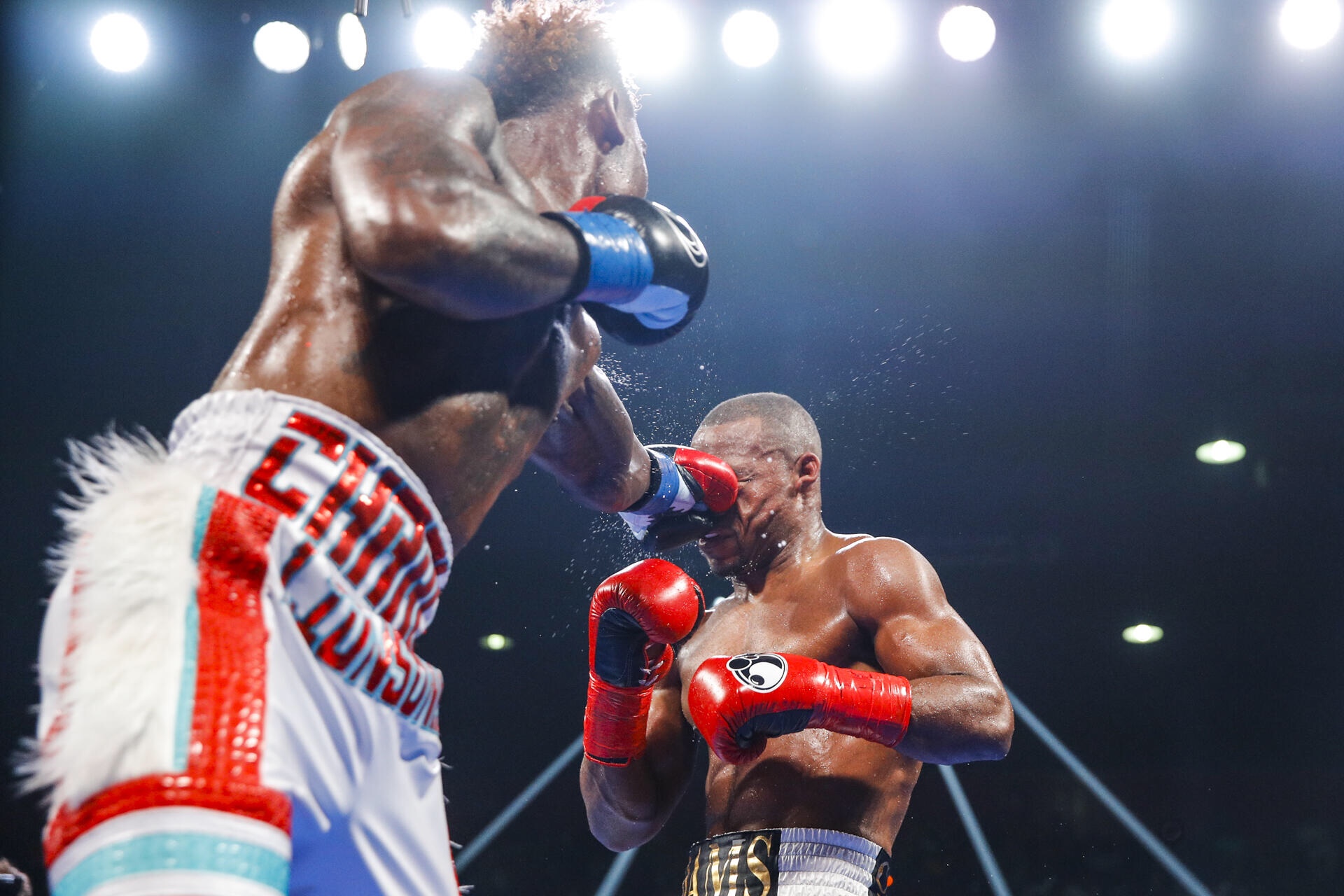 “My hand will be alright.  I hurt my hand in like the second round but I kept throwing it. It was obvious my jab wasn’t flowing.”

“I was coming up here to win,” said Adams. “I was coming to try to take him out in his hometown.  He did what he was supposed to do. He’s a champ for a reason and I take my hat off to hm.

“He’s a much bigger guy, period.  I just tried to put my best foot forward and tried to take him out at the end.”

Looking ahead to what’s next, Charlo fired a warning shot to his fiercest competitors in the middleweight division. 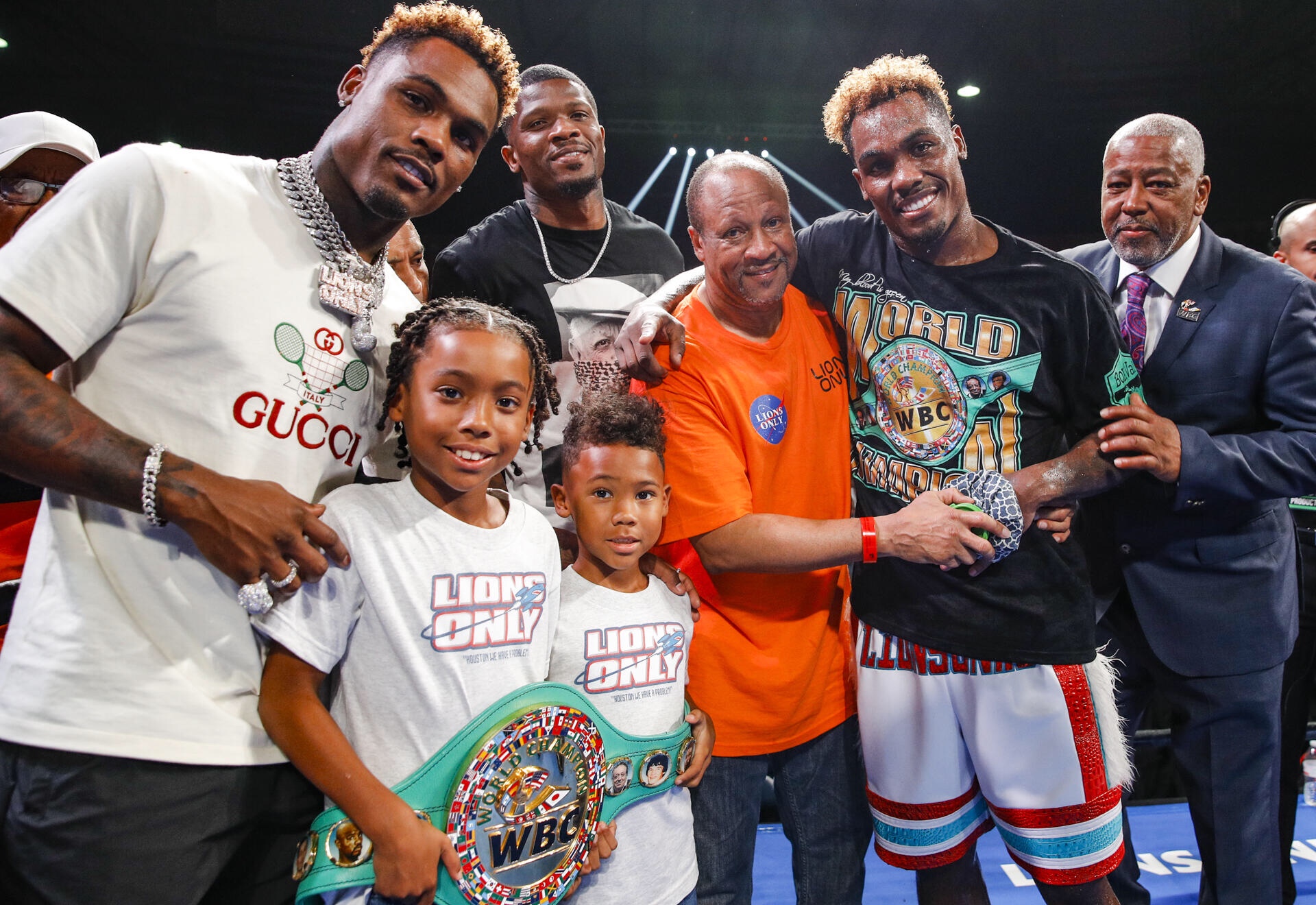 “Canelo has done a great job of being a champ, Golovkin also,” said Charlo. “Those guys are at the top but there’s always a young underdog and a lion ready to take over. That’s me.”

In the co-feature, 23-year-old super welterweight contender Erickson Lubin (21-1, 16 KOs) stopped an overmatched Zakaria Attou (27-7-2, 7 KOs) in the fourth round, picking up his third straight knockout since he suffered a setback to Jermell Charlo in a world title fight in 2017. 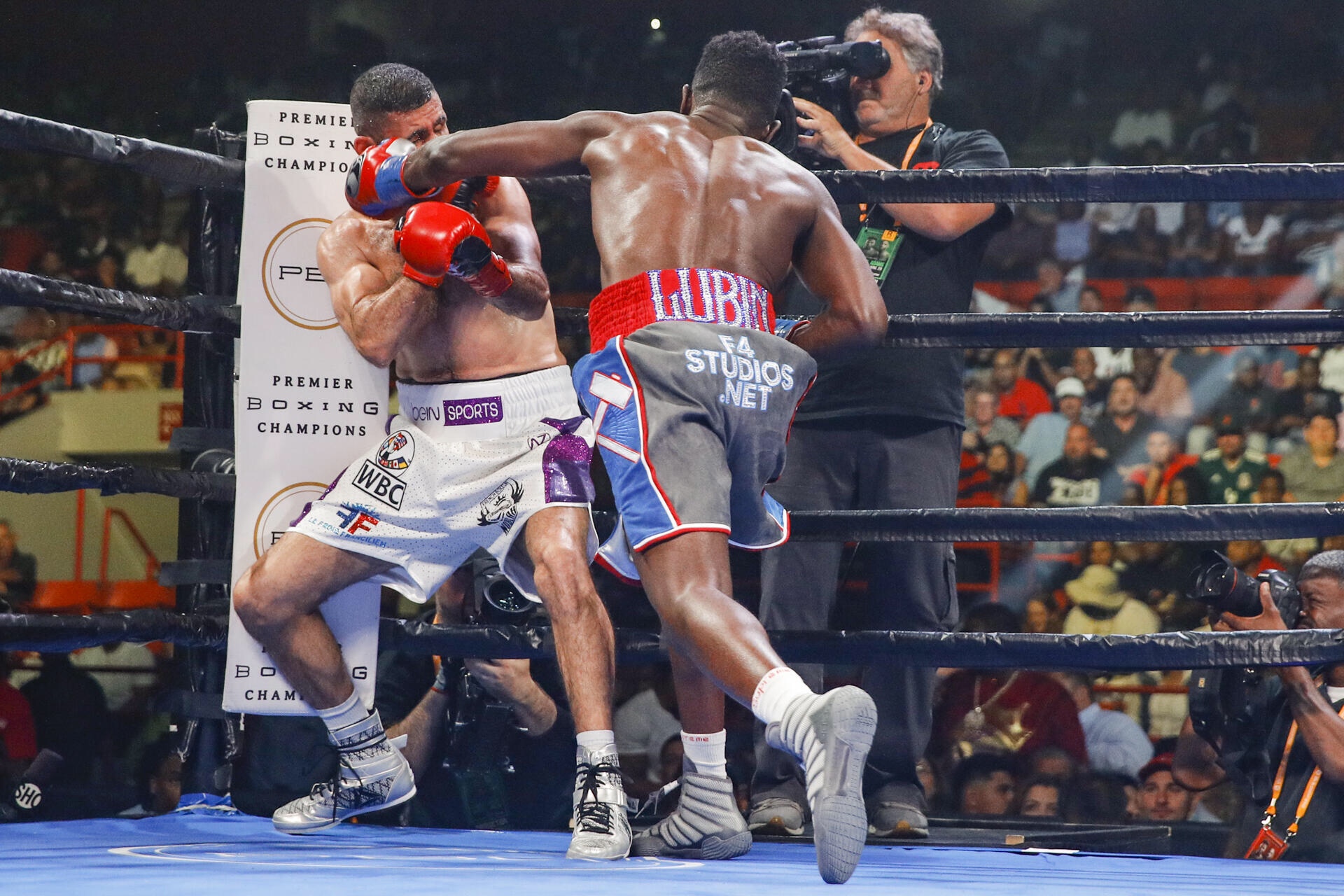 A vicious barrage of power shots dropped Attou against the ropes at 1:19 of the fourth round, and after rising to his feet, the Frenchman’s corner threw in the towel. Lubin, who looked confident and comfortable from the opening bell, used his excellent jab to set up his power shots.The Orlando, Fla. native landed 19 of his 99 jabs and 32 of his 78 power shots, including 14 of 25 in the ever-important fourth round.

Attou’s problems were exacerbated when he suffered an injury to his right bicep in the third round. The 37-year-old veteran, who was riding a seven-fight win streak entering Saturday’s fight, was unable to muster up any offense. He connected on just six of his 86 punches.

With the win in the WBC super welterweight title eliminator, Lubin positions himself for a future title shot for the belt that is currently held by Tony Harrison.

“I feel like I just came ready,” said Lubin, who has been training with Kevin Cunninham for the last year. “I was just a few steps ahead from the opening bell. I knew I was going to come out here and dominate. After a few shots, he looked hurt. I was going to keep teeing off until he was down or out. 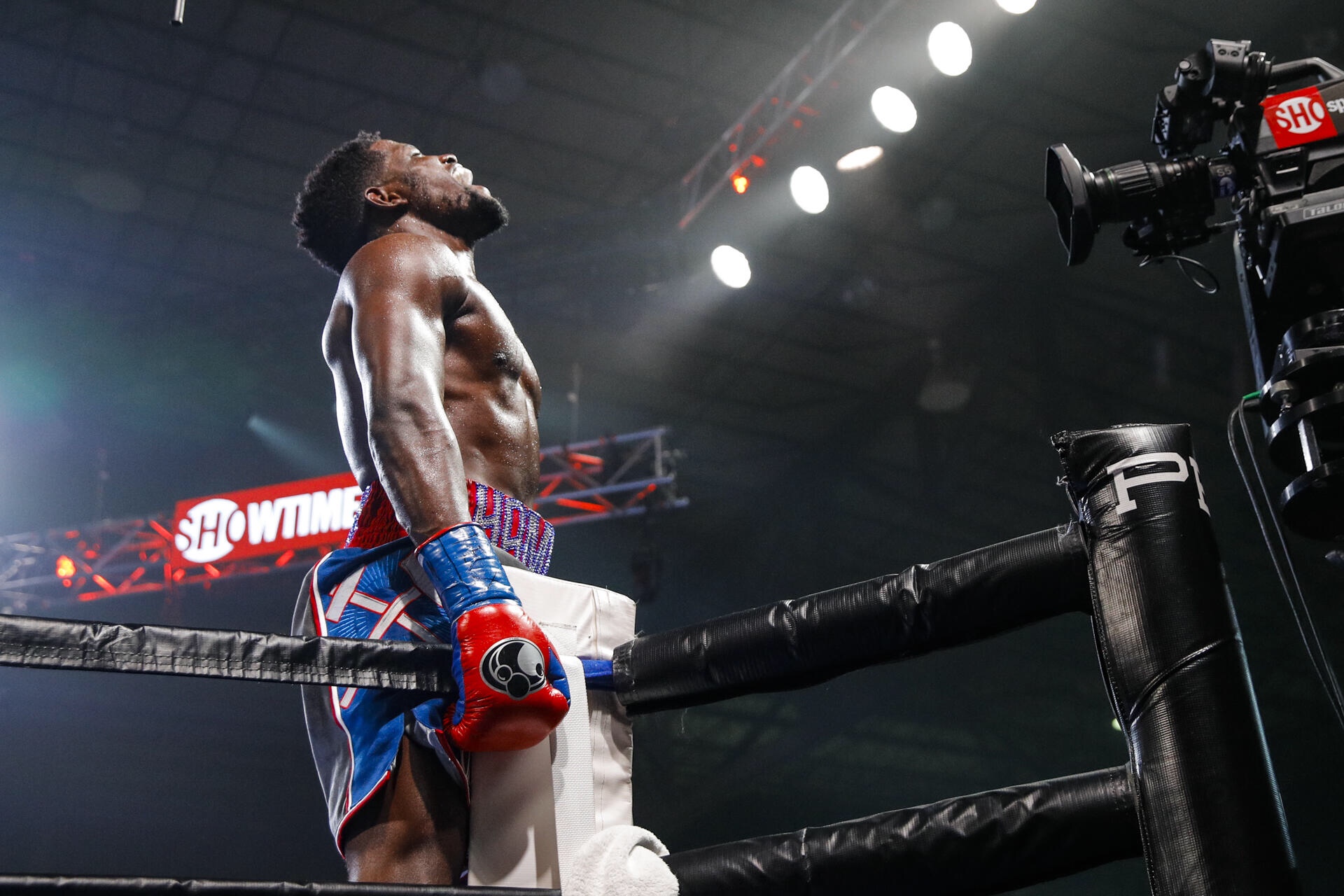 “I don’t think the Jermell Charlo fight was too soon, there was just a few mishaps in camp. My next fight won’t be for a world title but I definitely want to get in there with a top-10 kind of guy. I just want to prove that I’m one of the top fighters.”

“I’m heartbroken about the injury,” said Attou. “My strategy was to start picking up the pressure after the sixth round. I know that Lubin has never been 12 rounds before, so our plan was to come on in the late rounds and take him out.” 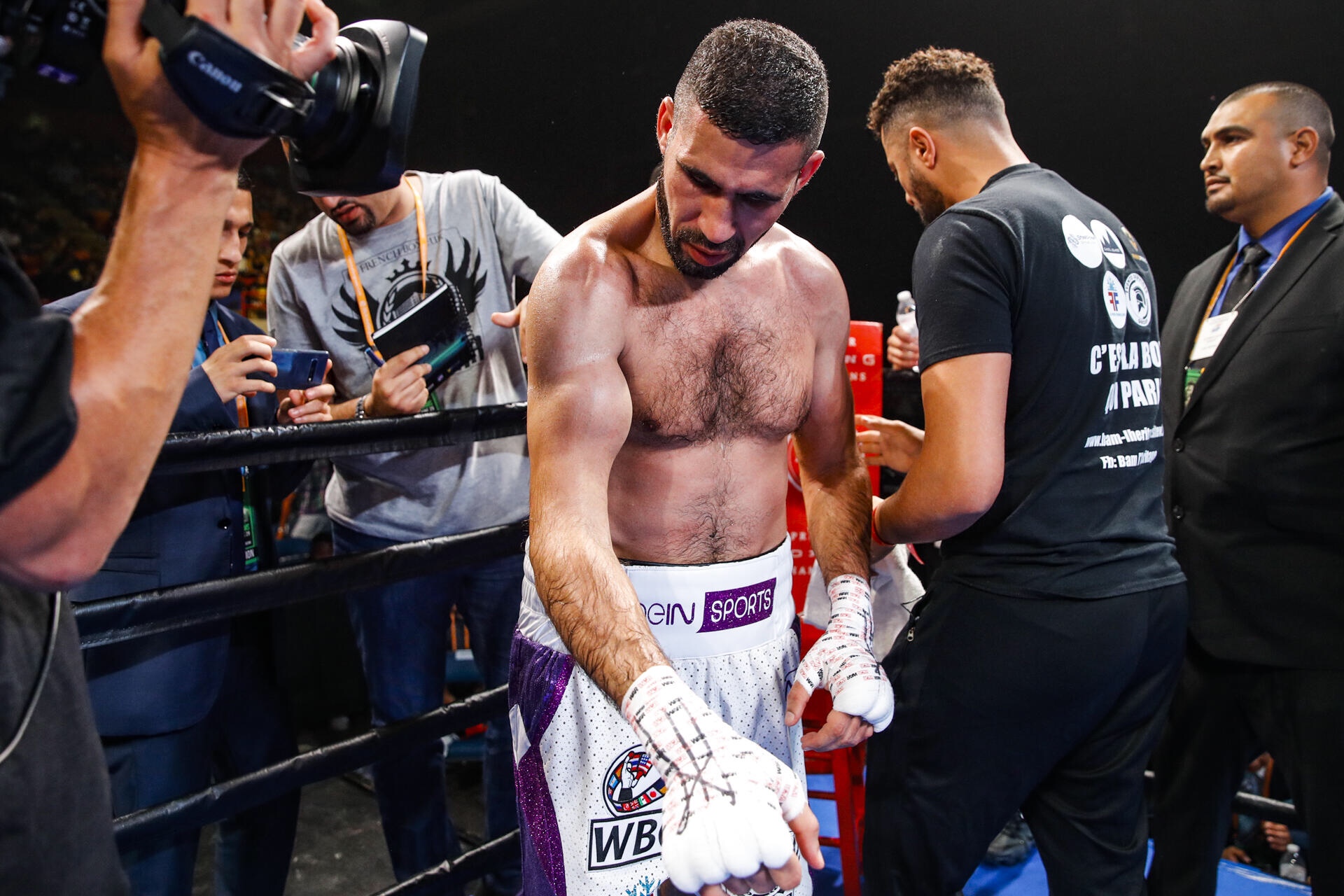 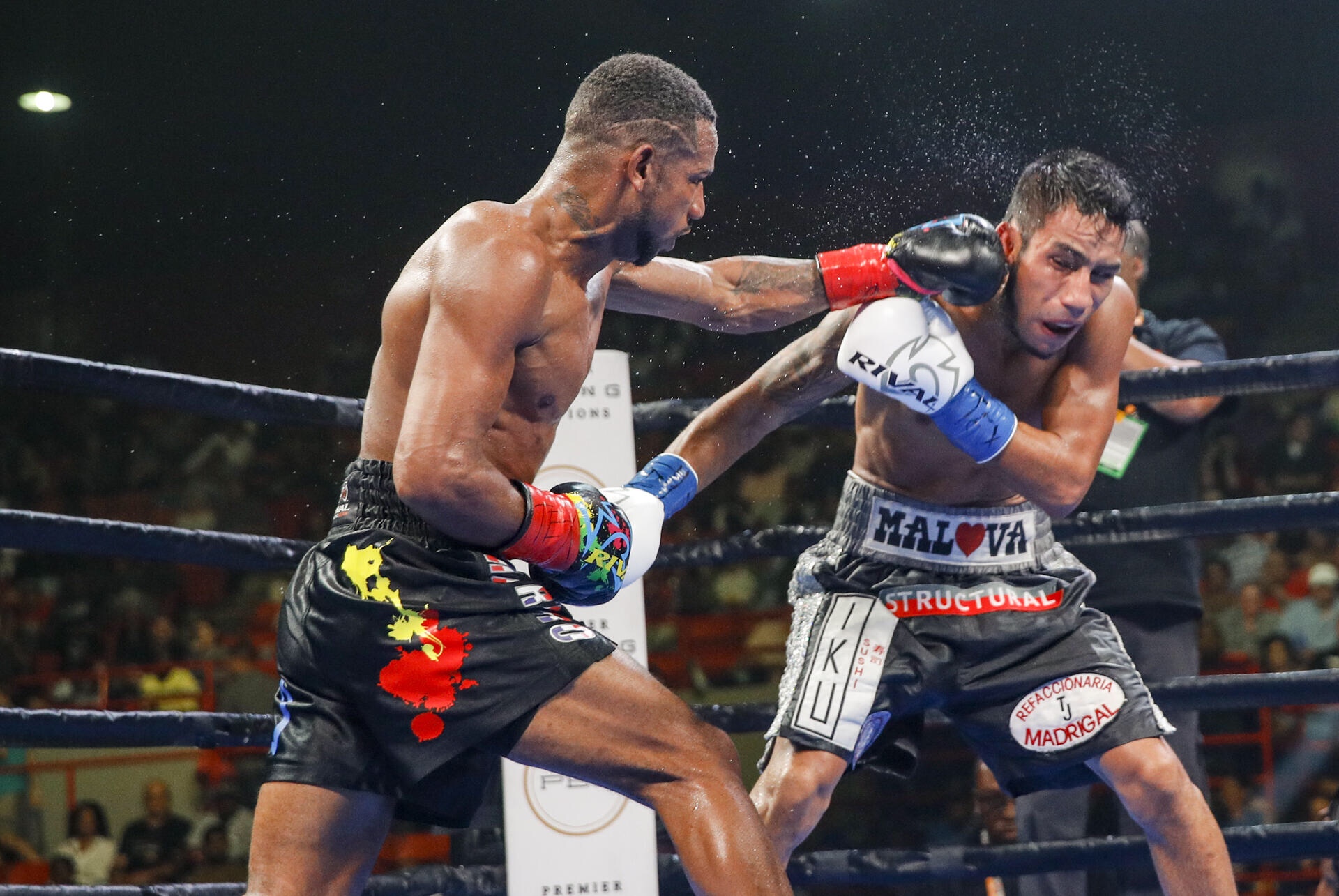 The 30-year-old Marrero impressed the judges with his power punching and body attack. Despite throwing 29 fewer punches than Ramirez, Marrero led 136-108 in power punches and 58-49 in connects to the body. Under the guidance of new trainer Jason Galarza, Marrero displayed a more versatile skillset than he had in previous fights. Prior to tonight, 91 percent of Marrero’s total connects were power punches, but in Saturday night’s 12-round affair, Marrero showed better variety by mixing in his jab and that number decreased to 75 percent.

Marrero, who had lost two out of his last three fights and was 0-2 in 12-round fights prior to tonight, now puts himself squarely in the conversation for a world title shot. 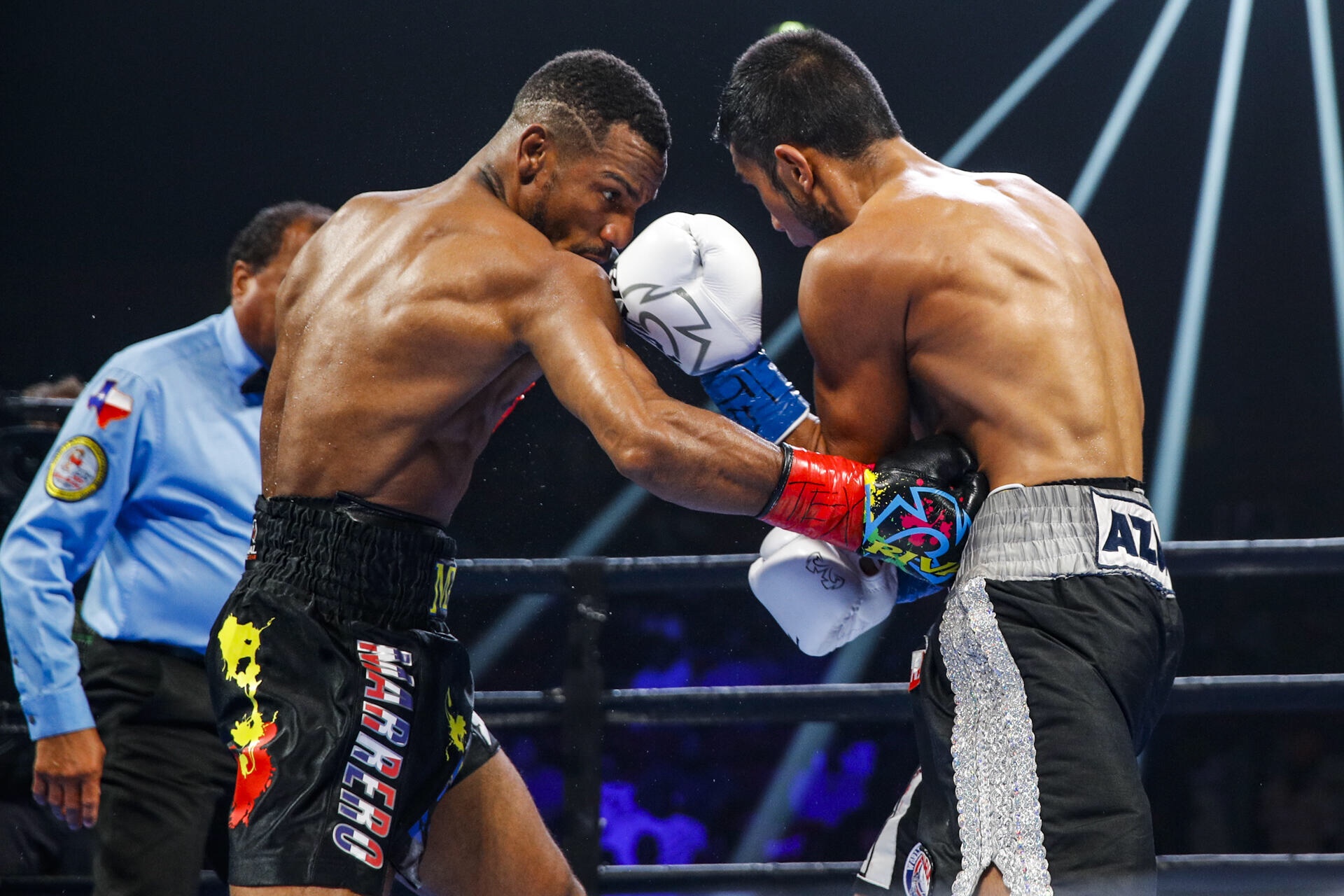 “My strategy was to pressure him all night and break him down,” said Marrero. “He was an awkward fighter that was hard to solve, but I thought I did a good job as the fight went on. I could feel that he was weak in the body so I attacked there and did it well.

“I’m ready for anybody. I always step to the plate and fight who’s in front of me. Bring them on. Leo Santa Cruz could definitely get this action next.”

A disappointed Ramirez said he thought he won the fight. “I disagreed with the judges,” said Ramirez. “I thought it was close but that I won. I dominated enough of the fight to earn it.

“I went forward with my typical Mexican style and attacked all night. I wanted to target the body and I thought I did that well. I want the rematch with Claudio Marrero, that’s my goal.”