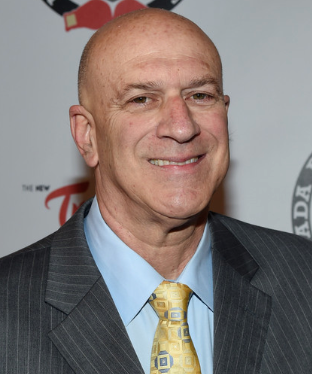 Marotta will handle color commentating duties alongside blow-by-blow announcer Beto Duran next Friday, May 10 on the undercard of a ShoBox: The New Generation triple header from Omega Products International in Corona, Calif.

“I’m really honored and excited to join the Thompson Boxing team,” said Marotta, who was inducted into the California Boxing Hall of Fame in 2012. “I’ve known Ken Thompson and Alex Camponovo for a long time and I absolutely admire their ability to build world champions from the ground up. I’m very much looking forward to being a part of their modern LiveStream format, where fans have an opportunity to be involved in the broadcast.”

“Rich is a world class broadcaster with a terrific boxing mind and we are delighted to have him on our LiveStream shows,” said Alex Camponovo, matchmaker and general manager at Thompson Boxing. “He’s been a friend to the Thompson Boxing family for many years now and all of us are ecstatic to welcome such a talented analyst to our team. We think the fans are going to thoroughly enjoy the level of analysis that he brings.”

Through the years, Marotta received four Southern California Emmy Awards and hosted the popular Saturday morning boxing show The Neutral Corneron AM 570 for 11 years.
Additionally, Marotta is the recipient of 10 Golden Mike awards and was inducted into the Southern California Sportscasters Hall of Fame in 2011. He founded the Nevada Boxing Hall of Fame in 2013. Marotta, who spent most of his career working in the Los Angeles market, now lives in Reno, Nev.