Demetrius Andrade produced a dominant performance in shutting out Maciej Sulecki to defend his WBO World Middleweight title for the second time against Maciej Sulecki at the Dunkin’ Donuts Center in Providence, Rhode Island, live on DAZN in the US and on Sky Sports in the UK.

Andrade boxed in his hometown of Providence for the first time and made an instant impact in front of a 7,136 crowd, putting Sulecki down inside the opening minute with a left hook, raising a raucous crowd to their feet.

The champion rained heavy artillery on to the challenger throughout while showing his full arsenal of skills, with his supremacy reflected in the scorecards as all three judges gave him the fight 120-107 and the 31 year old reiterated his desire to lock horns with Mexican ace Canelo Alvarez next.

“Providence, Rhode Island, that’s what I am talking about, baby,” said Andrade. “Sulecki was a great fighter. A top ten guy, he came after it all night and let me utilize my tools. I gave people another great 12 rounds of boxing. I used my jab. Sulecki is no pushover. He ain’t no Steve Rolls, ain’t no Rocky Fielding. So Canelo, where your cajones at? Let’s get it. 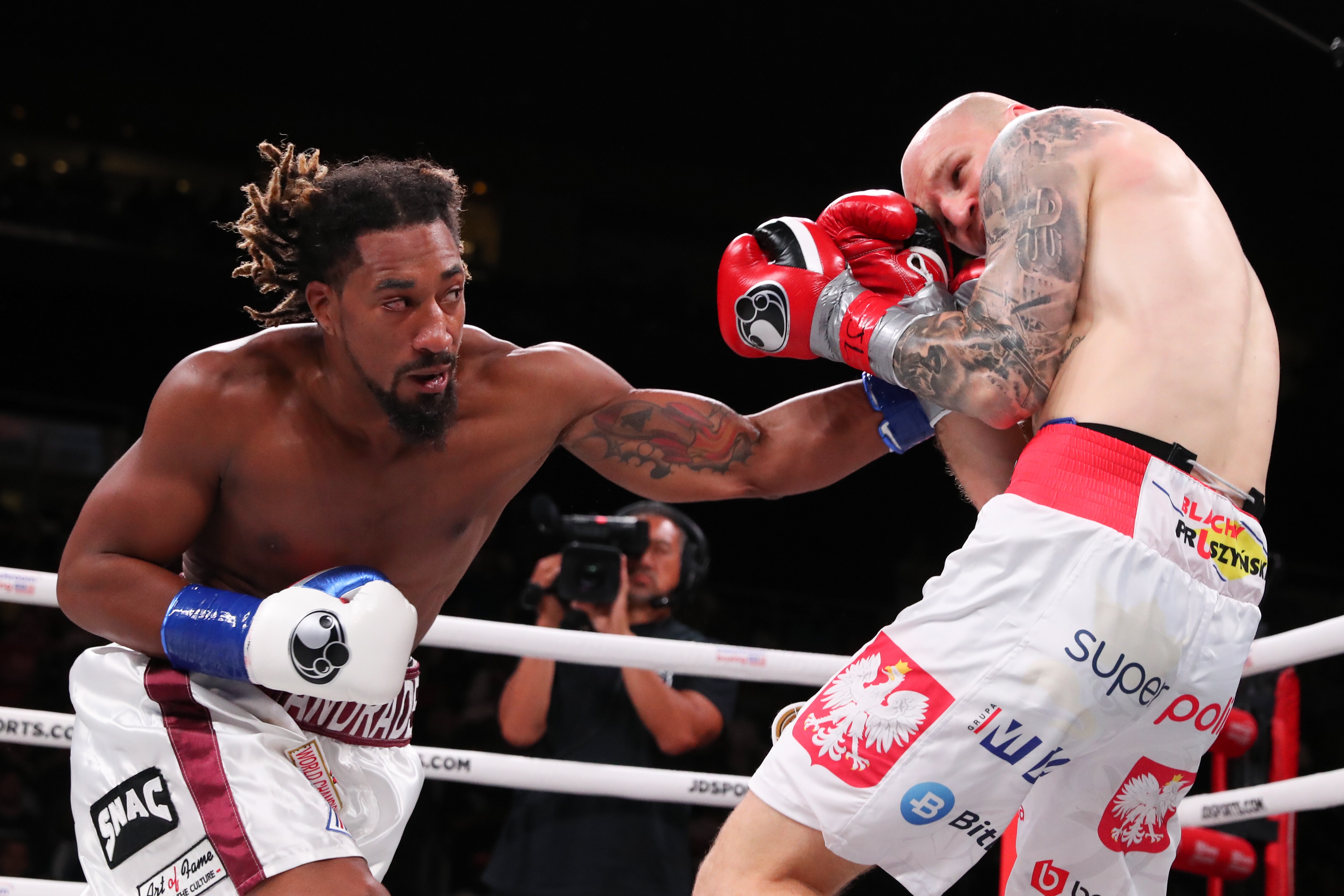 “Forget the WBC shit. Whatever that ‘Franchise’ belt is. Let’s go, Canelo. Let’s unify this division. Let’s have one champion. It’s right here. Let’s do it. No more running, no more games. Let’s put it all on the line and see who is the best. Mano y mano. Viva Mexico! 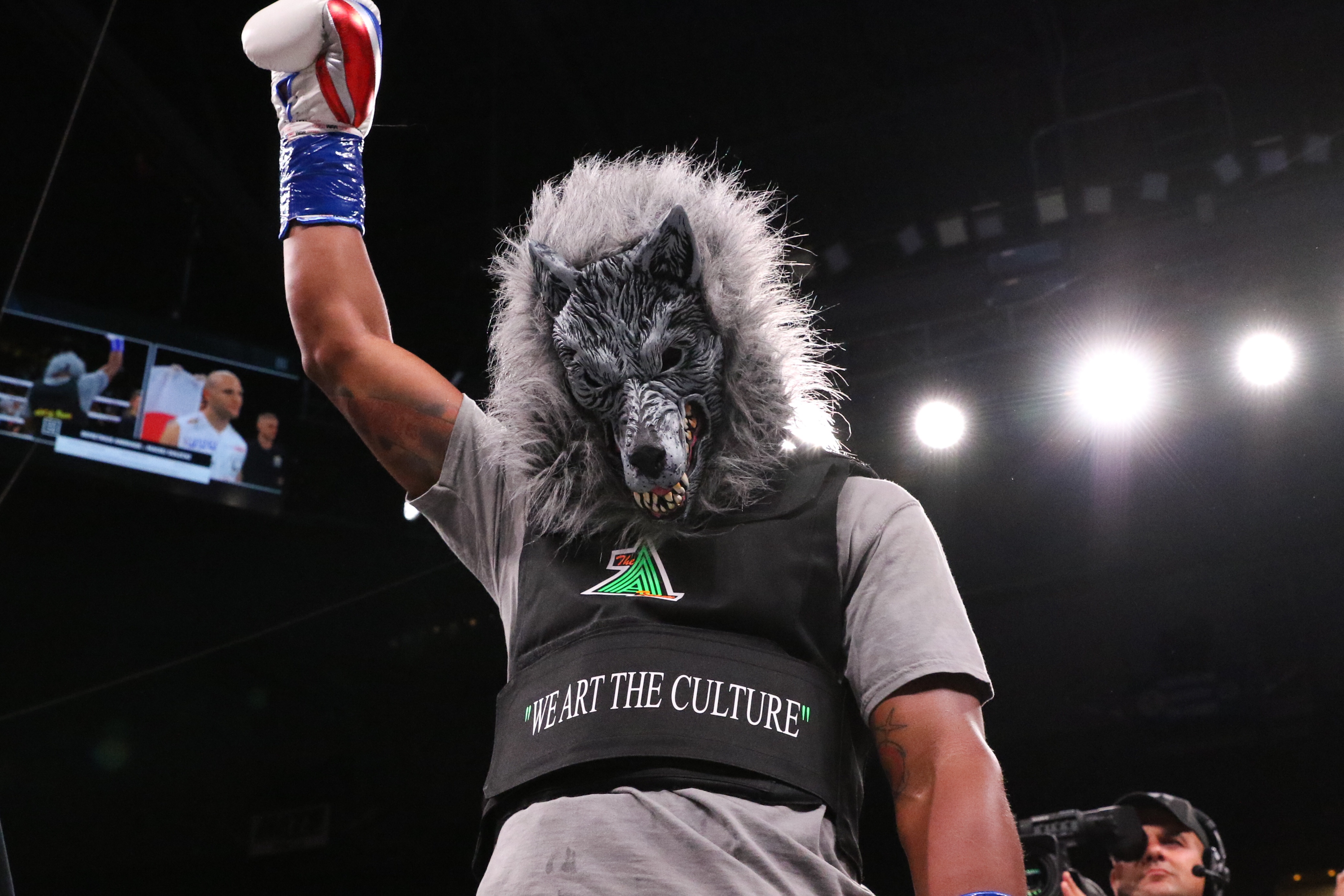 “I am the best out here. He stepped up to the plate. Sulecki was a tough guy. He wasn’t taking no for an answer. He came to fight though and I did what I had to do, and that’s look pretty. Tall, black, handsome. Alto, moreno, guapo. Your boy. It’s me again. See you in September!

“No excuses in there. I kind of felt something going on with my body during training camp so I utilized what I can and did what I did. I looked good doing it. My legs were bothering me for a while after a few rounds. My dad told me to take it easy and told me to give them what they came here to see and that’s the sweet science of boxing.

Joseph Parker (26-2 20 KOs) signaled his intentions to get back to the summit of the Heavyweight division with a dominant tenth round stoppage win over immovable object Alex Leapai (32-7-4). Parker’s trademark fast hands were in full effect against the former World title challenger, who swallowed some crunching uppercuts in the opening sessions. 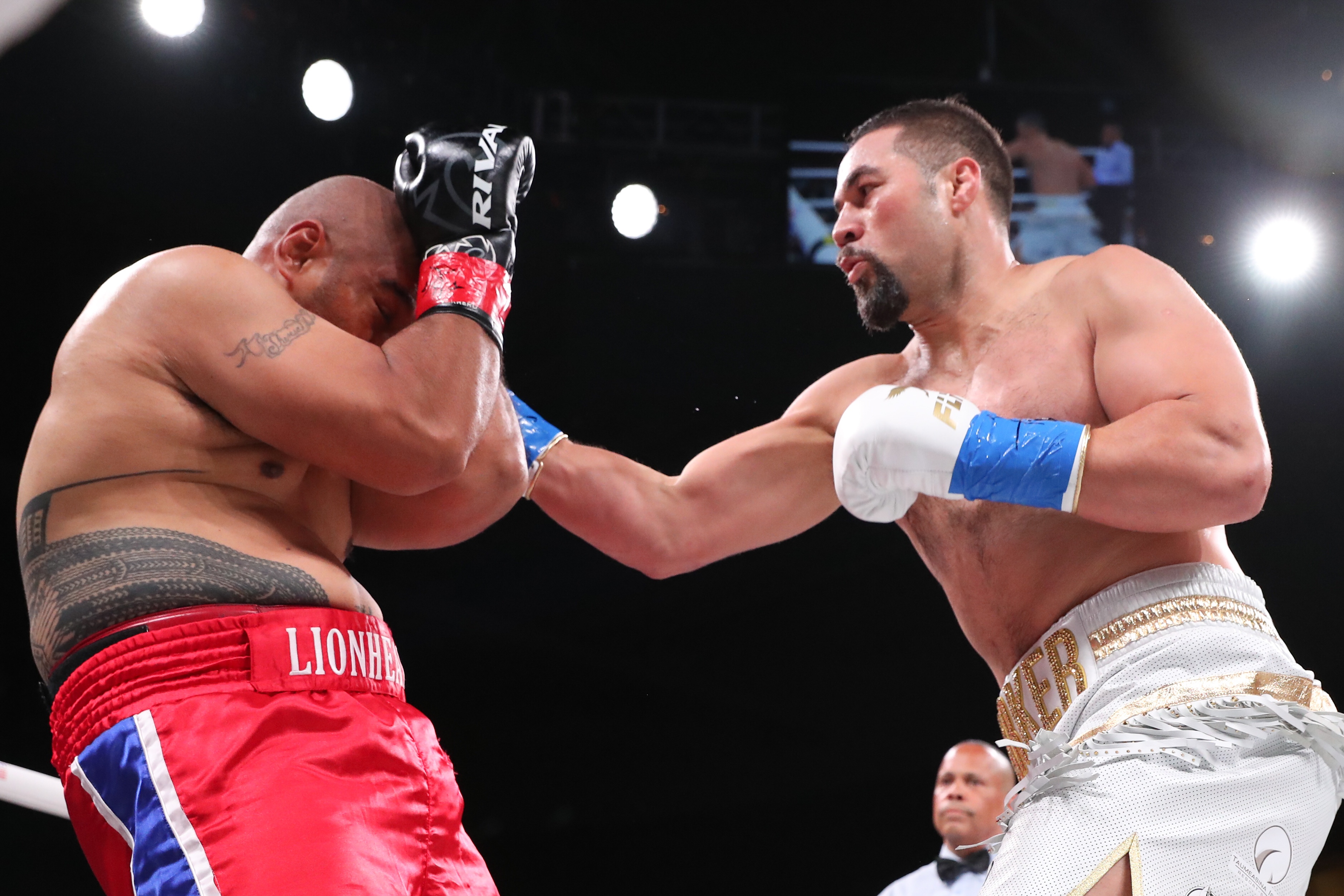 The Kiwi dominated every round against the Australian and just when it appeared he wouldn’t be able to put the stubborn Leapai away, two separate right hands appeared to stagger the 39 year old and the referee jumped in, much to the dismay of Leapai who felt he deserved to hear the final bell, while former WBO ruler Parker was glad to get rounds under his belt before targeting bigger things.

“I haven’t been in the ring in half a year, and we got more rounds than I expected,” said Parker. “But damn, he has a hard head. But I am very excited about my deal with Matchroom and I look forward to putting on many more good performances in the future. When I started landing punches and he wouldn’t go down, I knew this was going to be tough. Thanks to my team, New Zealand, Australia, UK fans. I had to be patient and pick my shots to get the stoppage.

“I would fight Andy Ruiz, I know that he thinks he won that fight. Big ups to him for winning his fight against AJ but if he wanted to settle his score, I’d do it.”

Kal Yafai (26-0 15 KOs) retained his WBA World Super-Flyweight title in a rough and tumble affair with mandatory challenger Norbelto Jimenez (29-9-4 16 KOs). Yafai wobbled the challenger in the second round, who then had a point taken off for holding in the fourth round of a tough first half for the Dominican Republic man. Jimenez battled hard for the full session despite being felled by a low blow in eighth, and he was then floored by a cuffing left hook with 30 seconds left. 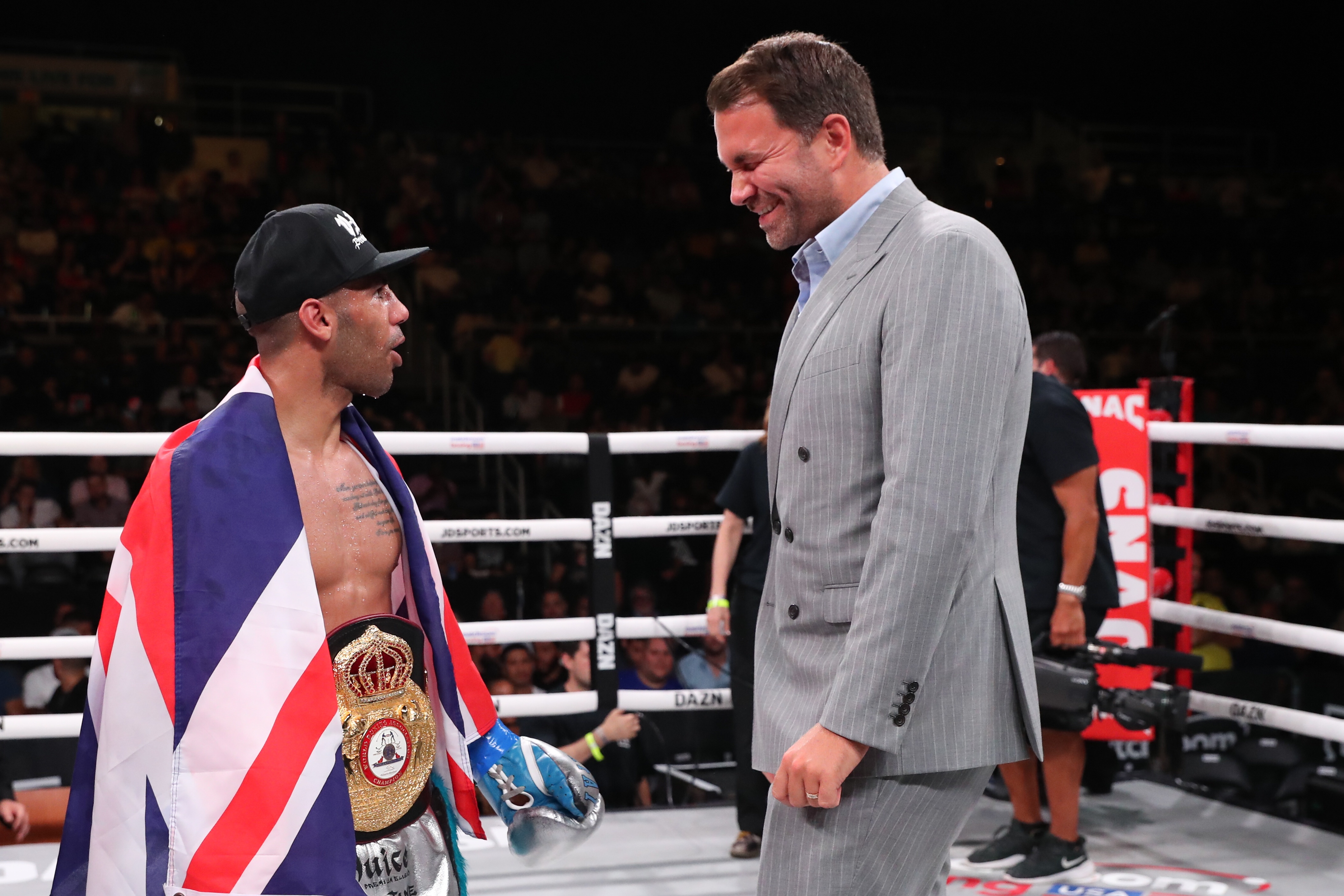 Yafai prevailed 119-107, 118-108 and 117-109 on the scorecards, and immediately implored promoter Eddie Hearn to land a big name next – with Hearn’s new signing, WBC and Ring Magazine ruler Juan Francisco Estrada at the top of his list.

“I am struggling to hear right now. I perforated both of my eardrums. It wasn’t easy, fighting in front of a very hostile crowd. I have a bone to pick with Eddie Hearn, my promotor, he put my fight in the United States for the second time. I am fighting in Providence, but little did I know that it is full of Dominicans! It’s all good. I won easily. Now on to the big fight. I want Rungvisai, Estrada, Chocolatito. Those kinds of guys must be next.

“My hands and my ears hurt. I am hearing double right now. It’s echoing in my ears. No excuses though, I won easily on the cards. I am not getting a ton of love here but thanks to all the Dominican fans who came out. Providence has welcomed me very nicely for the last two weeks, maybe not tonight though. I could see double vision in my eyes, too, from the blood dripping in my eyes. This is my first time being cut. So yeah, learned a lot of things tonight.”

Boston’s Mark ‘The Bazooka’ DeLuca (24-1 13 KOs) wants a big fight at Super-Welterweight in the UK next after taking the unbeaten record of Brandon Brewer (23-1-1 11 KOs) over ten rounds. DeLuca dominated the early rounds and went to work with heavy blows to both head and body of the bloodied Canadian, but the man from north of the border dug in and had his moments down the stretch but DeLuca landed the bout 99-91, 98-92, 97-93. 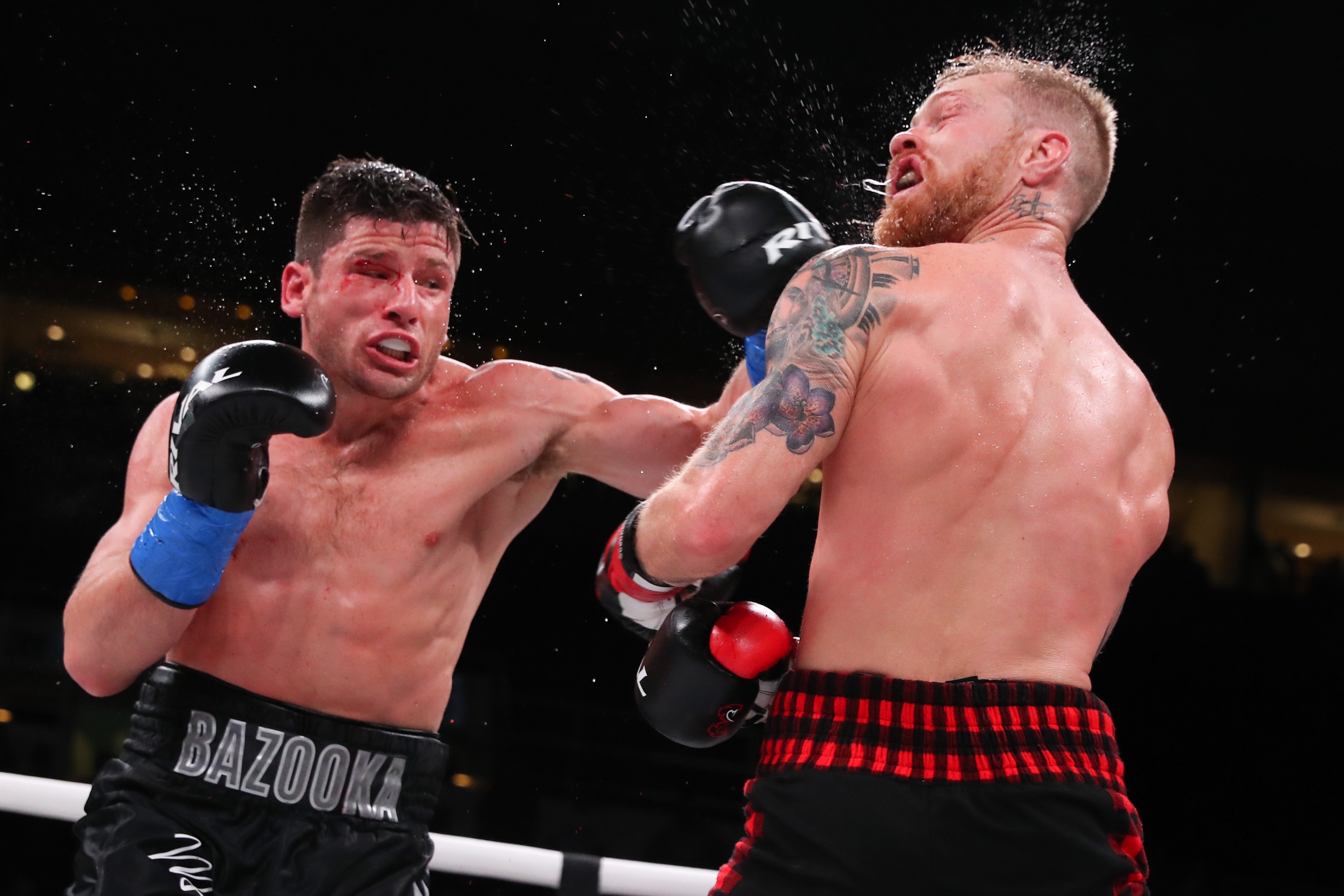 “I am here to call out the biggest name in boxing: Eddie Hearn,” said De Luca. “This is my second time fighting on a DAZN card and I am calling out Eddie to keep me busy, keep me on Matchroom cards. He’s got a lot of Super-Welterweights over in England and I am more than game. If you’d consider me, that would be great.

“It was a physical fight. I felt like I could box Brandon. I wanted to box but I got caught up. I said we were going to steal the show so going into the fight, that’s what I had in mind. I saw he was bleeding and that turned me on. He saw me bleeding, and that turned the crowd on. So we went for it.”

Three of Matchroom Boxing USA’s young stars enjoyed victories as Raymond Ford (3-0 1 KO) got his first win inside the distance with a crunching right hook to the body stopping Isidro Figueroa (1-1) in the first round, Las Vegas starlet Alexis Espino (3-0 2 KOs) destroyed debutant Kirby St. Juste in the second round and Otha Jones III (3-0 1 KO) was taken the distance for the first time over six by Matias Arriagada (6-5 3 KOs)

“I knew I was going to get him out of there,” said Ford. “He came up to me last night and asked me for a picture, today he asked me for a shirt. I knew that he wasn’t ready. I give my performance a B though. I’ve been working on my left hook to the body, it’s going to my money punch. It’s been getting stronger. His body looked soft so that was the game plan, get to the body.” 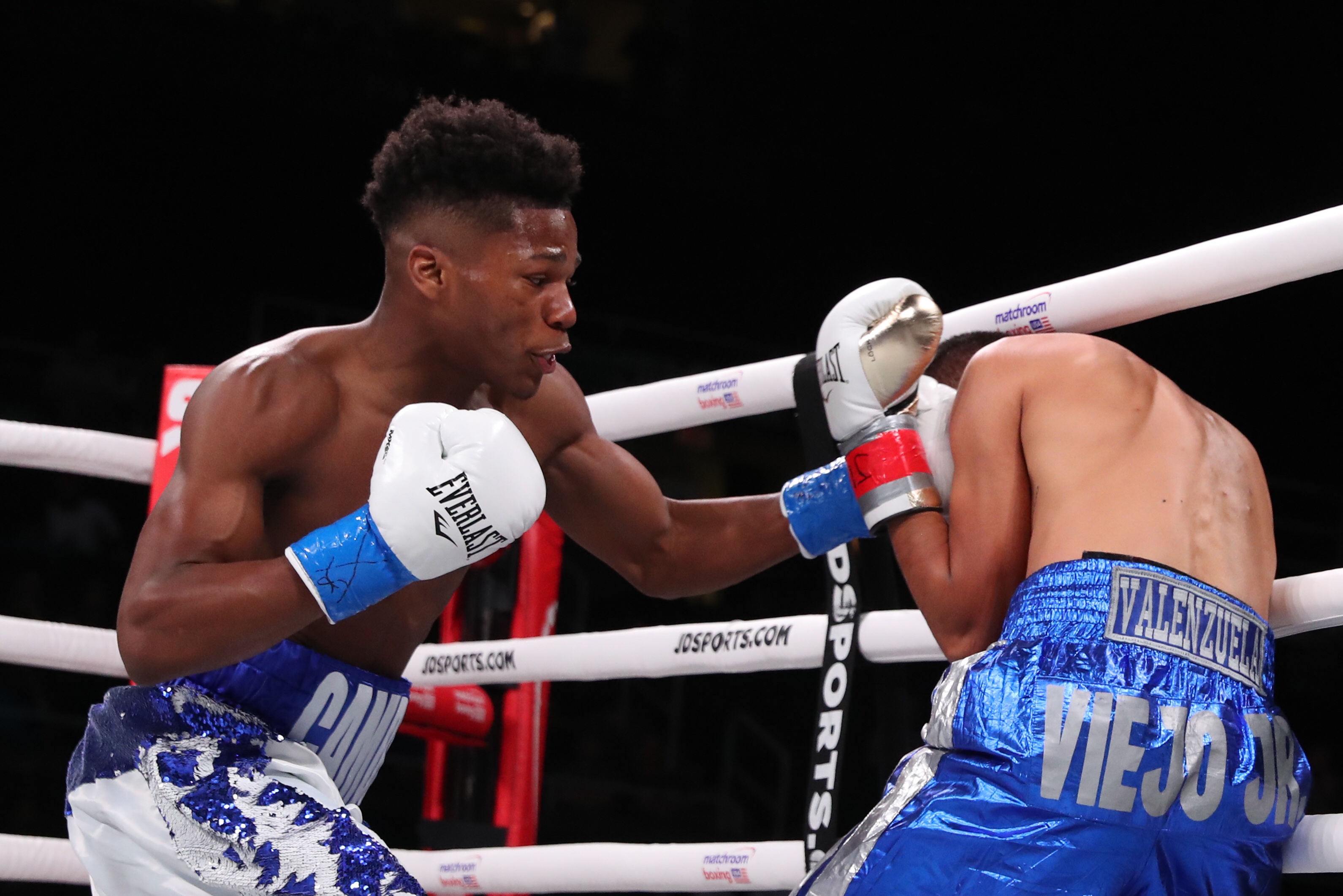 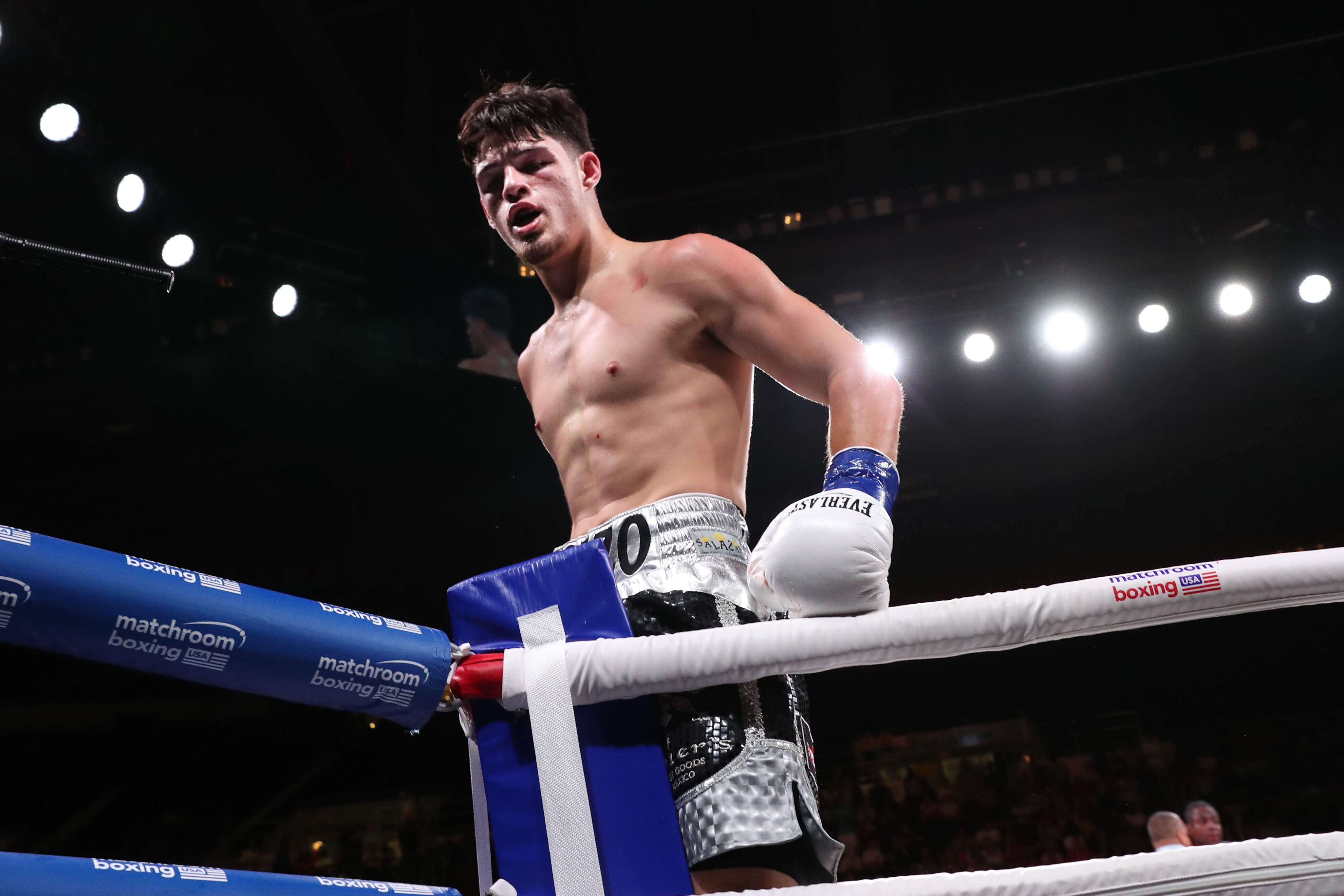 “I have a family friend who just passed away due to cancer. His name is Brandon. He was watching my fight while he was going through his fight. He was a great person. He was the life of the party. I want to say rest in peace to him. I love all you guys.”

“He gave me a challenge,” said Jones III. “He taught me to not go in there in the first round looking for a knockout. He made me adjust. I give myself a B tonight, not a B+, just a B. I need to sit down more on my punches, placing my shots right. Then I can go from there.” 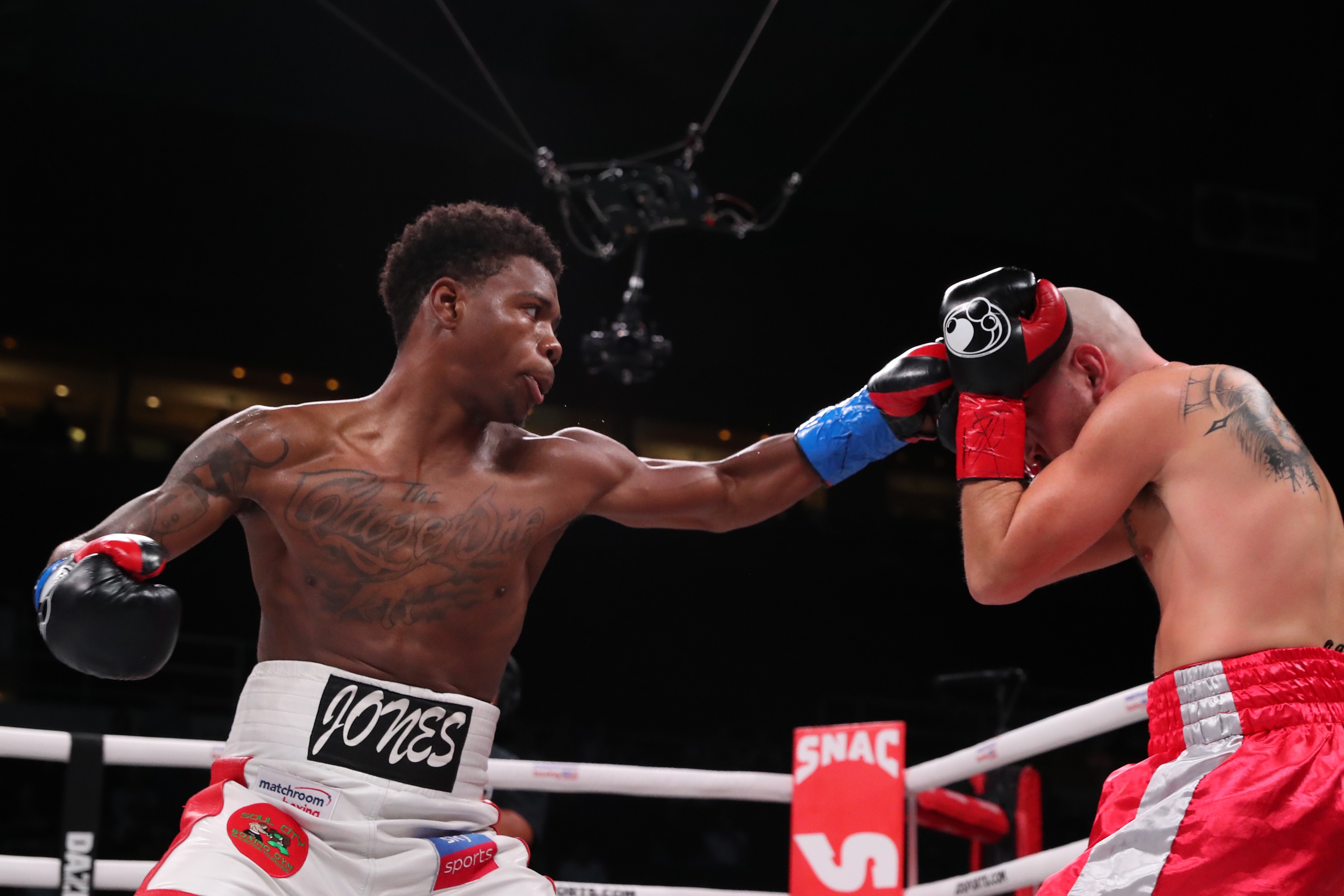 Earlier in the night, Shelley Vincent (25-2 1 KO) bowed out of the sport with an eight round points win over Simone Da Silva (16-13 6 KOs) to end her career on a high while Anthony Concepcion (4-0 4 KOs) made it four KO wins from four fights, dispatching Yasmani Pedroso (2-7 1 KO) inside the opening session, while Anthony Marsella Jr. (13-0 7 KOs) closed the show after Andrade’s win with an impressive third round KO of Jose Aubel (8-5 7 KOs).