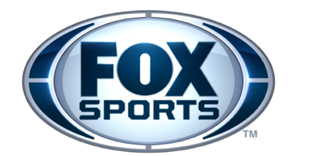 LOS ANGELES – Today, FOX Sports announces a robust programming lineup to promote the highly anticipated FOX Sports Premier Boxing Champions Pay-Per-View headlined by Manny Pacquiao vs. Keith Thurman, including the premiere of FOX SPORTS PBC FACE TO FACE: MANNY PACQUIAO VS. KEITH THURMAN on Sunday, June 30(1:00 PM ET), immediately followed by the premiere of the half-hour PBC FIGHT CAMP: MANNY PACQUIAO VS. KEITH THURMAN (Part 1) at 2:00 PM ET. Rounding out the schedule, the one-hour FOX SPORTS PBC COUNTDOWN: MANNY PACQUIAO VS. KEITH THURMAN premieres on Saturday, July 6 (2:00 PM ET).
“Manny Pacquiao versus Keith Thurman is without a doubt the biggest fight of the year, and FOX Sports will get viewers pumped up for this blockbuster summer showdown with the PBC FACE TO FACE, COUNTDOWN and FIGHT CAMP shows,” said Charlie Dixon, Executive Vice President of Content, FOX Sports. “Fans will get an unprecedented look into the lives of Manny and Keith, as they prepare for the biggest fight of their career. Viewers will not only see their training, but will also get an inside look at their lives in training camp.”
In the explosive FOX SPORTS PBC FACE TO FACE: MANNY PACQUIAO VS. KEITH THURMAN, the two superstars trade verbal jabs and discuss their motivations and strategies heading into the fight with host Brian Campbell. In the show, Pacquiao says that Thurman’s trash talking won’t affect him: “I’ve been more than two decades in boxing,” says Pacquiao. “I’ve experienced all the hardest fights – when I fought De La Hoya, Miguel Cotto, Morales, Marquez, Hatton, Margarito, who’s much taller than me. Nobody will intimidate me.”
“I can see it, but that’s because I’m a champion, too,” says Thurman. “It’s just a fight. It’s just a black eye. It’s just another body shot. It’s not the first and it’s not the last. But this will be the first time you’ve experienced my punch, Manny.”
PBC FIGHT CAMP: MANNY PACQUIAO VS. KEITH THURMAN is a four-part series detailing the lives and training regimens of both fighters. Cameras go behind the scenes and inside the lives of both men – following Pacquiao as he arrives in Los Angeles from the Philippines, spending time with fans at his LA home and training alongside the legendary Freddie Roach at Wild Card Gym.   Meanwhile on Florida’s Gulf Coast, cameras embed with Keith Thurman, who has embarked on a whole new fitness and strength regimen. With new coaches, Yo Murphy and Kimberly Doehnhart, in addition to his long-time trainer, Dan Birmingham, Keith pushes his body to peak fitness.
PBC FIGHT CAMP series is produced by Five Films, the multi-Emmy Award winning production company founded by Scott Boggins and Craig Jenest that established the popular “athlete-follow” format in sports television. Building the anticipation for the fight, PBC FIGHT CAMP: MANNY PACQUIAO VS. KEITH THURMAN Part 2 continues on FOX on Sunday, July 7 at 4:30 PM ET, with Part 3 airing on FOX on Sunday, July 14 (4:00 PM ET) and Part 4 debuting on FS1 on Thursday, July 18 at 8:30 PM ET.
The one-hour FOX SPORTS PBC COUNTDOWN: MANNY PACQUIAO VS. KEITH THURMAN explores how each fighter got to this fight. Take a look back at Pacquiao’s memorable and historic fights with Floyd Mayweather, Tim Bradley, and Adrien Broner. In addition, re-live Thurman’s battles with Danny Garcia, Shawn Porter, and Josesito Lopez. Both Pacquiao and Thurman, along with their trainers and our panel of experts break down these past performances.
Finally, on Saturday, July 20 (9:00 PM ET), boxing’s only eight-division world champion, Philippine Senator and regular WBA welterweight champion Pacquiao (60-7-2, 39 KOs) returns to face undefeated Super WBA Welterweight Champion Thurman (29-0, 22 KOs) in a powerhouse 147-pound showdown live on Premier Boxing Champions on FOX Sports Pay-Per-View event at the MGM Grand Garden Arena in Las Vegas.
Leading up to the fights, PBC fighters offer unique, behind-the-scenes clips on the FOX PBC social pages. Follow @PBConFOX on Twitter, Facebook and Instagram for all updates throughout the #PBConFOX fights Saturday.
Viewers can live stream the PBC shows on the FOX Sports and FOX NOW apps or at FOXSports.com. In addition, all programs are available on FOX Sports on SiriusXM channel 83 on satellite radios and on the SiriusXM app.