HOUSTON – June 28, 2019 – Unbeaten middleweight champion Jermall Charlo and middleweight contender Brandon Adams both made the 160-pound weight limit a day before they square off Saturday night in the main event live on SHOWTIME from NRG Arena in Houston in an event presented by Premier Boxing Champions. 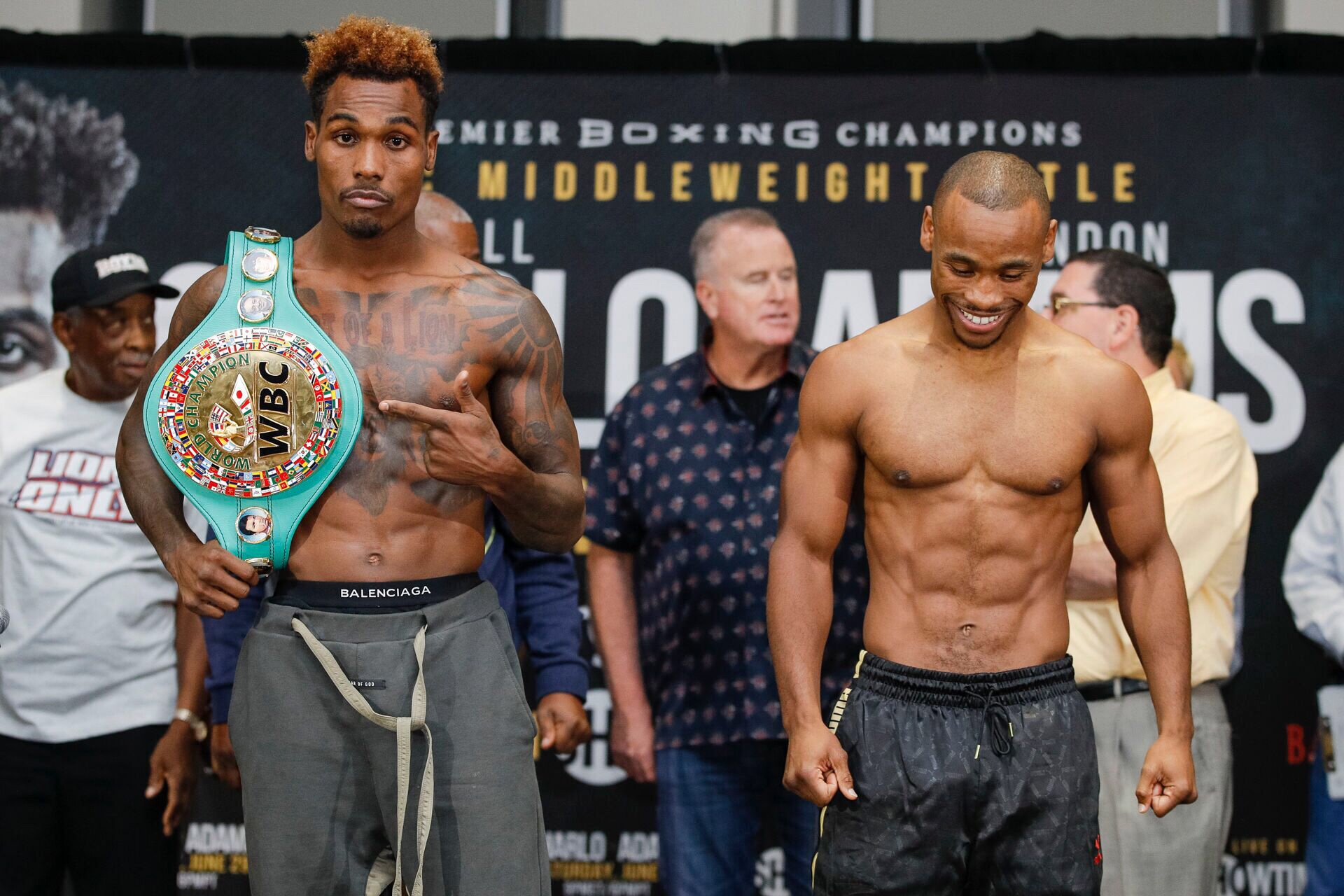 Photos By: Esther Lin For Showtime 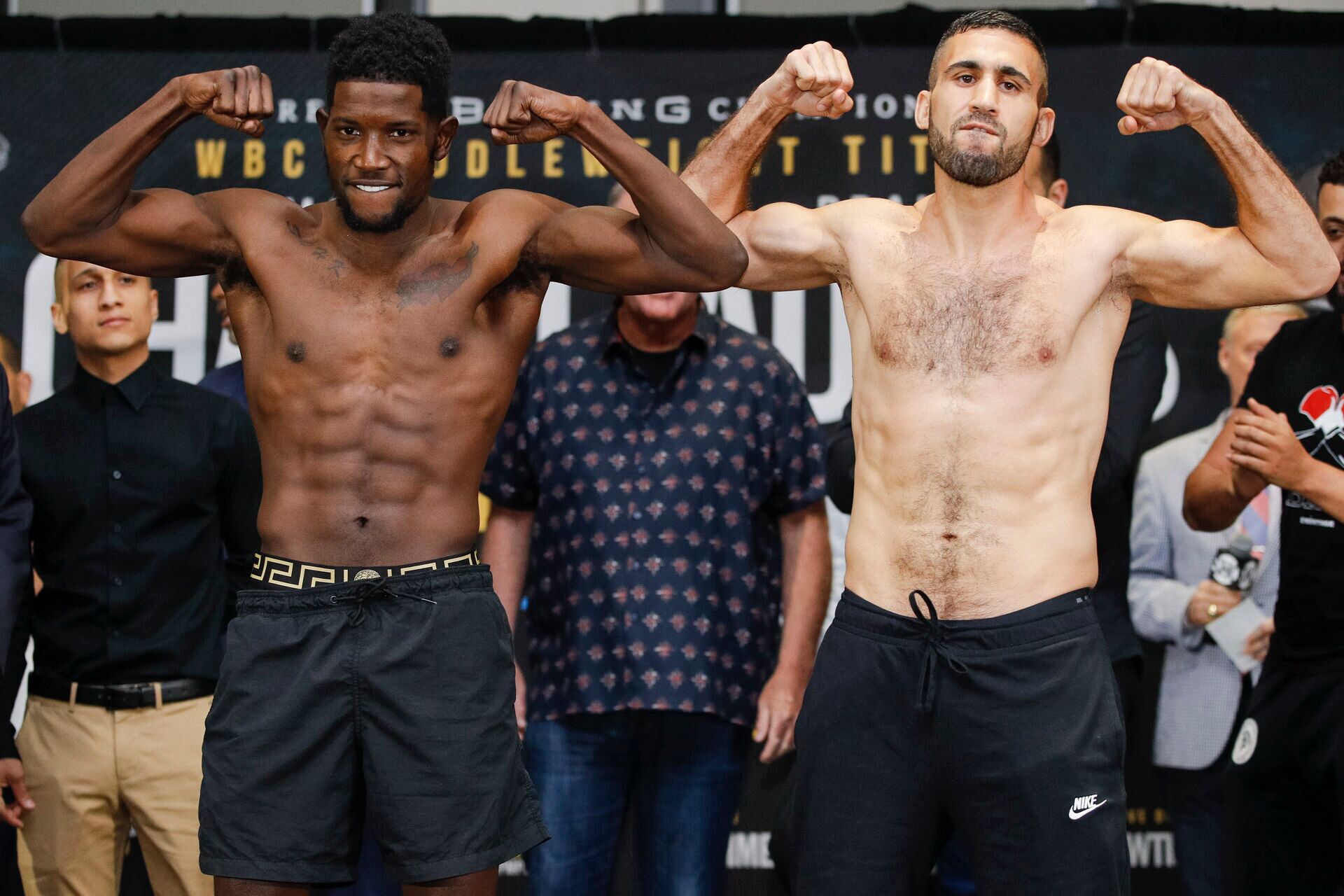 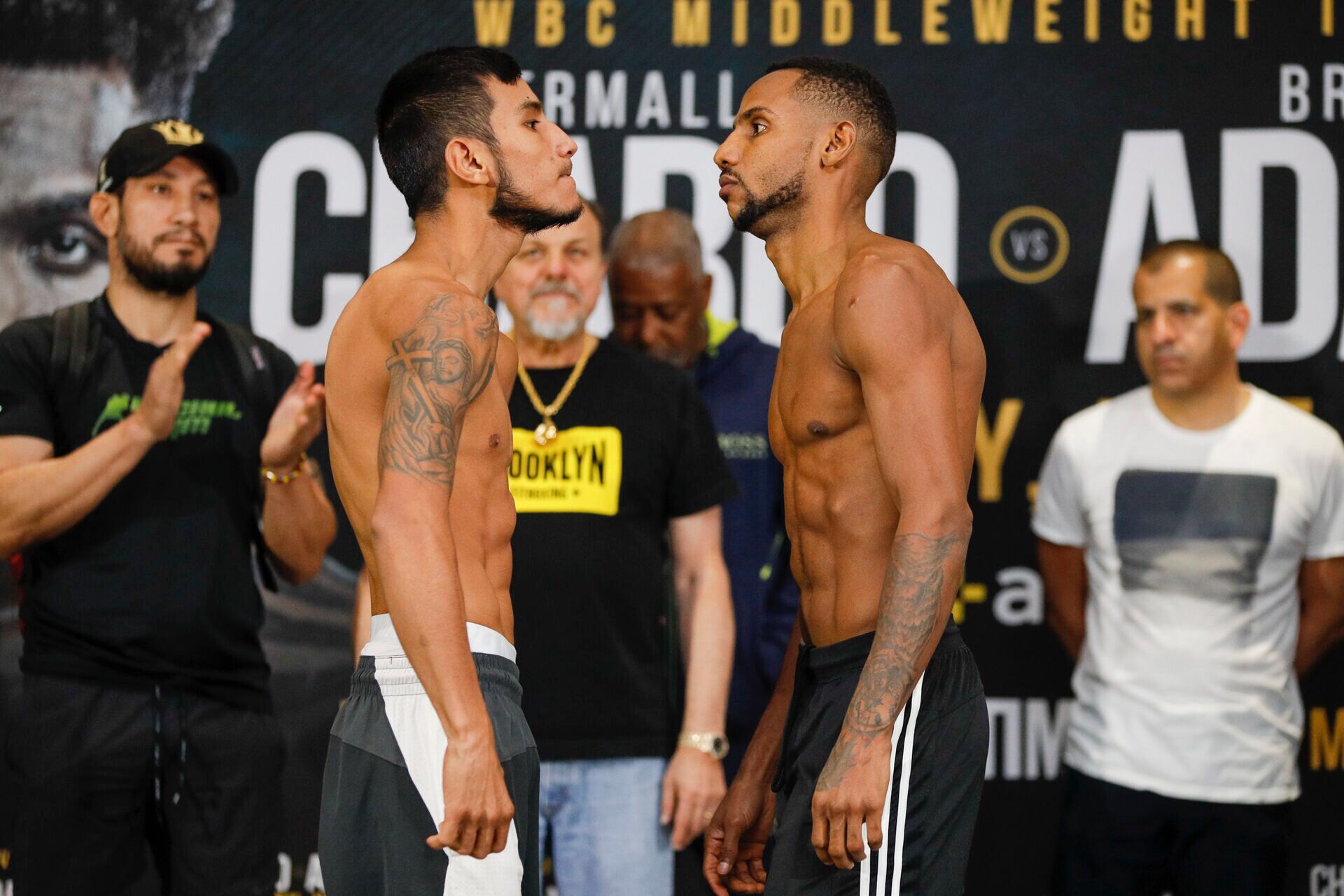 “I’m proud of the people of Houston for coming out and supporting me. I expect this to be a show. I’m going to give it my all. I’m going in there to defend my life.” 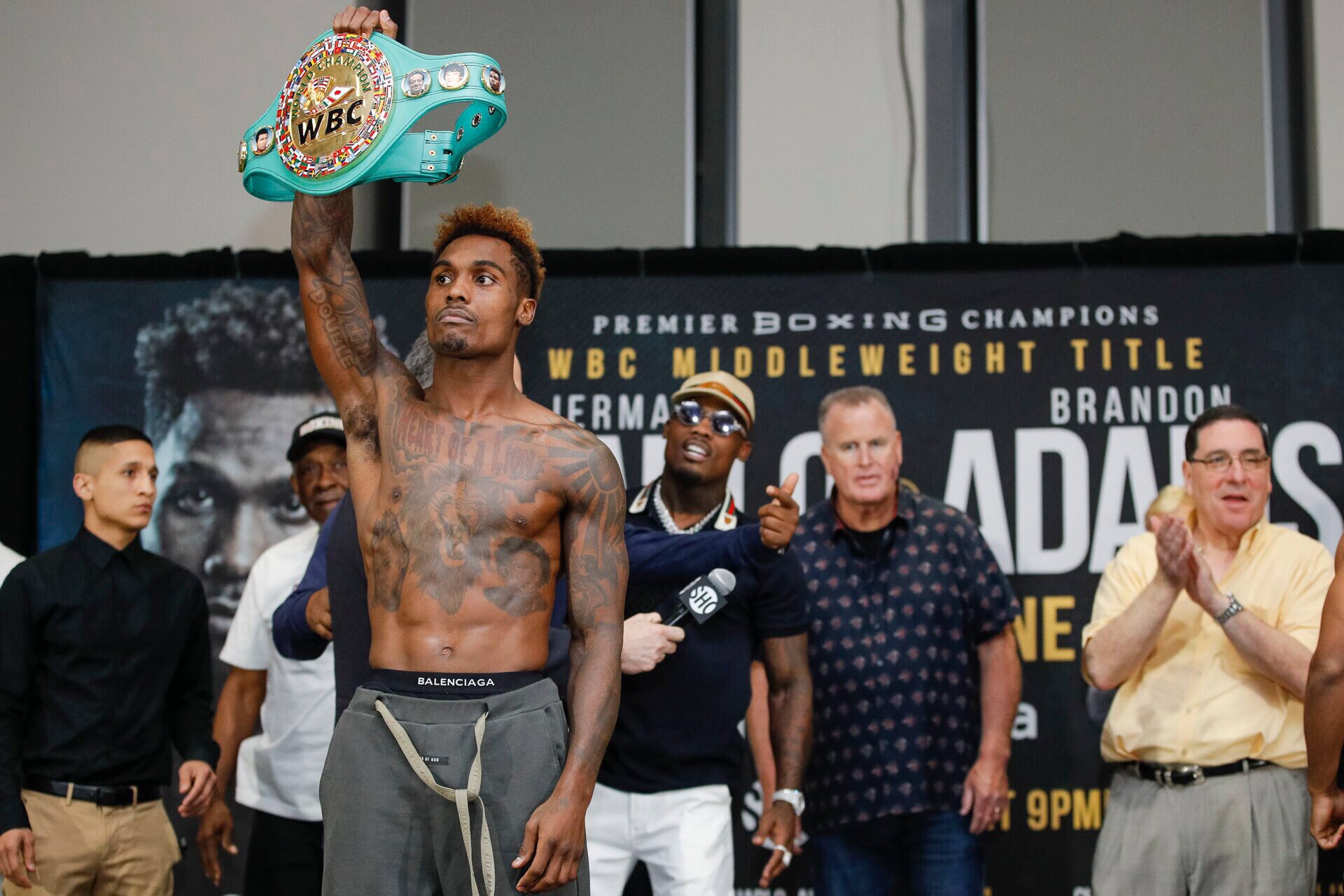 “I expect Charlo to come out and be his best because I’m bringing the absolute best Brandon ‘The Cannon’ Adams. I’m willing to dig deep. I’ve had a lot of time off to figure out who I am as a person. I had a three-year layoff and everybody thought that was going to be my downfall but it was actually my biggest upcoming. I’m looking forward to this challenge.” 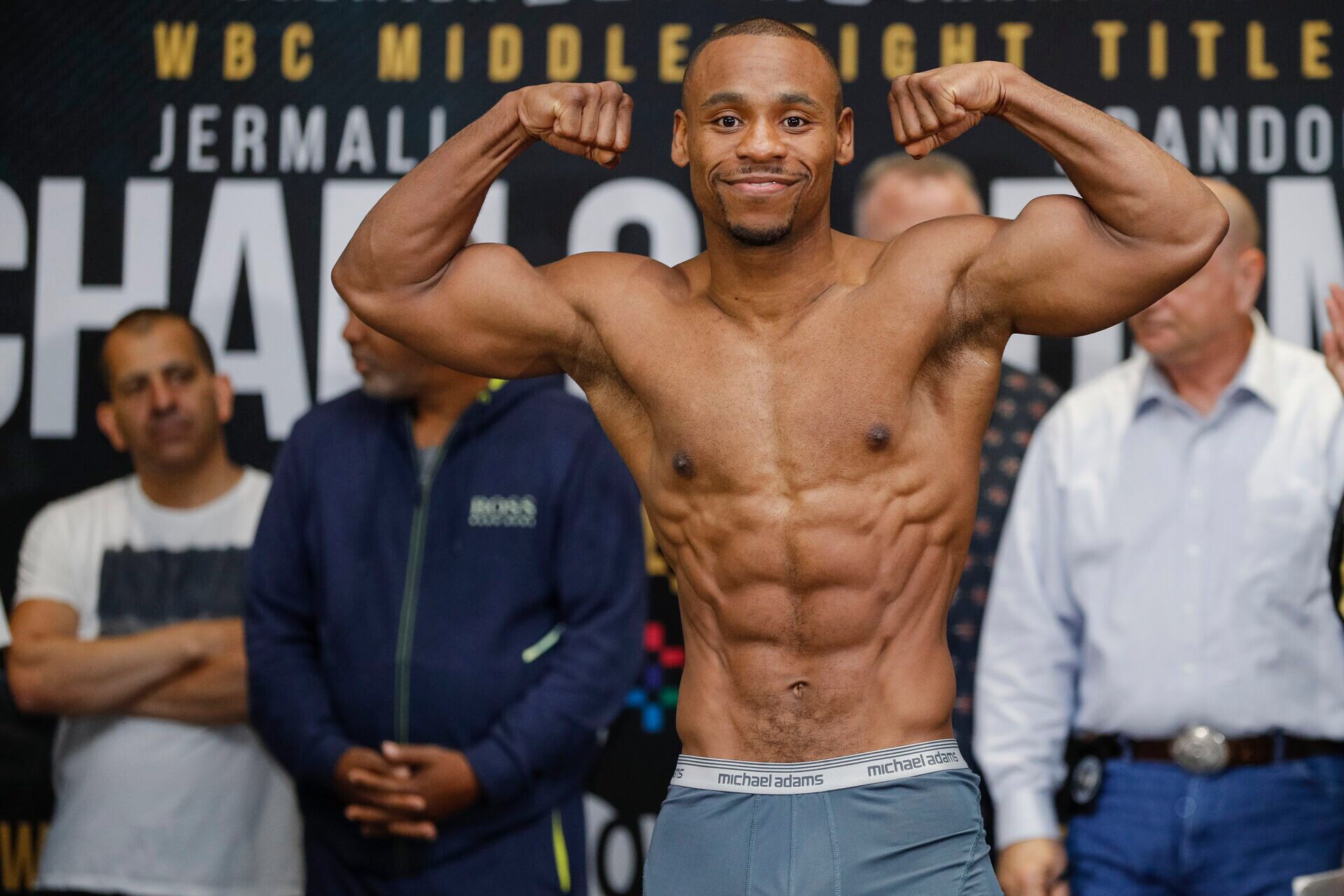 SHOWTIME ANNOUNCERS WEIGH-IN ON THE MAIN-EVENT MATCHUP: CHARLO VS. ADAMS

Mauro Ranallo: “It always adds more energy when a champion gets to defend his title in front of his hometown crowd. Jermall Charlo has some of the most devastating power in the division. Brandon Adams is a guy that is going to give it all he has. We’ve seen his heart and he’s never going to stop coming at you and as an underdog, that’s all we can ask for.”

Paulie Malignaggi: “Jermall Charlo stands out as among the elite in the division and we have a hungry contender in Brandon Adams who is confident coming off a victory in THE CONTENDER. Charlo is a big step-up from anybody he has faced so I am looking forward to seeing whether Adams has what it takes to test Jermall Charlo. Adams has to make Charlo think and put him in situations where he has to work a little bit harder than he expects to in order to have a chance to win.”

Steve Farhood: “Brandon Adams is a short middleweight and has huge legs. Style-wise he has to attack, that could play right into Jermall Charlo hands because Jermall has tremendous power and a very good jab. So style-wise, I give the edge to Charlo. Adams will have to bring it every round and you know what, he deserves this chance. He won on THE CONTENDER and he wasn’t supposed to. He hadn’t fought in three years. It’s a feel-good story.”