The southpaw Fundora (13-0, 9 KOs), nicknamed “The Towering Inferno”, started on the front foot and continuously backed up Zepeda (17-1, 4 KOs) with his activity, strong jab and excellent body punching. Fundora averaged 84 punches per round to Zepeda’s 54 and landed 26 jabs to just four for Zepeda. Despite being perhaps the tallest fighter in the history of the 154-pound division, Fundora was effective and persistent in his body attack, connecting on 35 body punches. 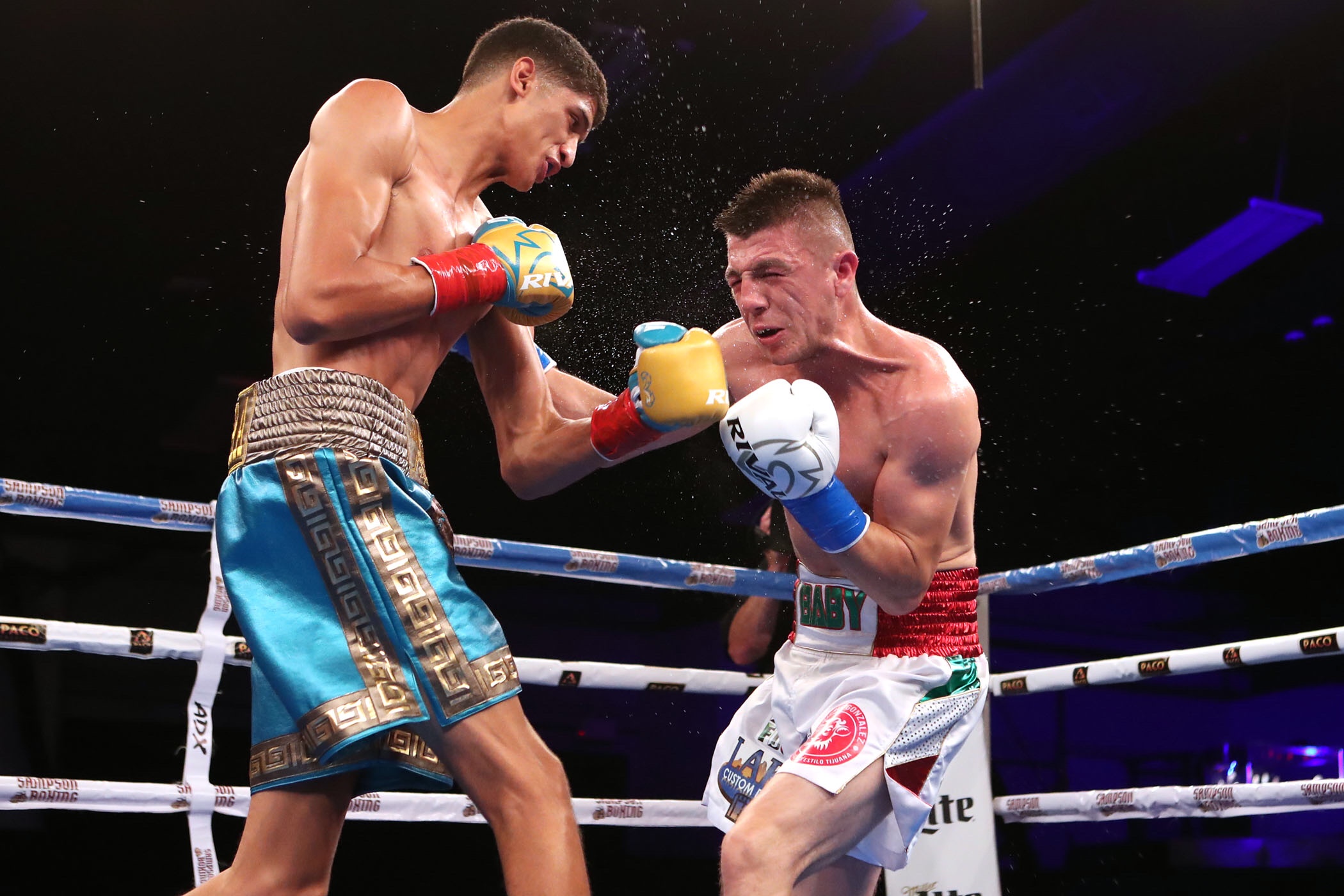 Photos By: Dave Mandel For SHOWTIME

“I’m pretty happy with my performance,” said the six-foot-five-and-a-half Fundora. “I got to do what I wanted to do, which was show off a little bit more of my boxing skills.”

Between rounds, Zepeda’s trainer, Romulo Quirarte, continuously warned his fighter that he would stop the fight unless Zepeda showed more aggression. After a lackluster fourth round, a frustrated Quirarte stuck to his word and informed referee Mark Nelson that his fighter would no longer continue.

“Honestly, Zepeda was a pretty tough guy so I didn’t think that they were going to stop it,” said Fundora, who has now registered five straight stoppages. “I thought that it would have taken the ref stopping it, but either way we still got the stoppage and the result we were looking for.”

Zepeda, the 188th fighter to lose his unblemished record in the prospect-oriented series, knew he was in trouble from the beginning of the fight, “He caught me with a good punch in the first round and that took a toll on me,” said a disappointed Zepeda. “It affected my performance.

“My trainer Romulo Quirarte has been around and he knew better. Stopping the fight was what needed to be done. I was not performing well. We are going to keep on working hard and move forward. I’m not giving up on my dream. One day I will be a world champion.” 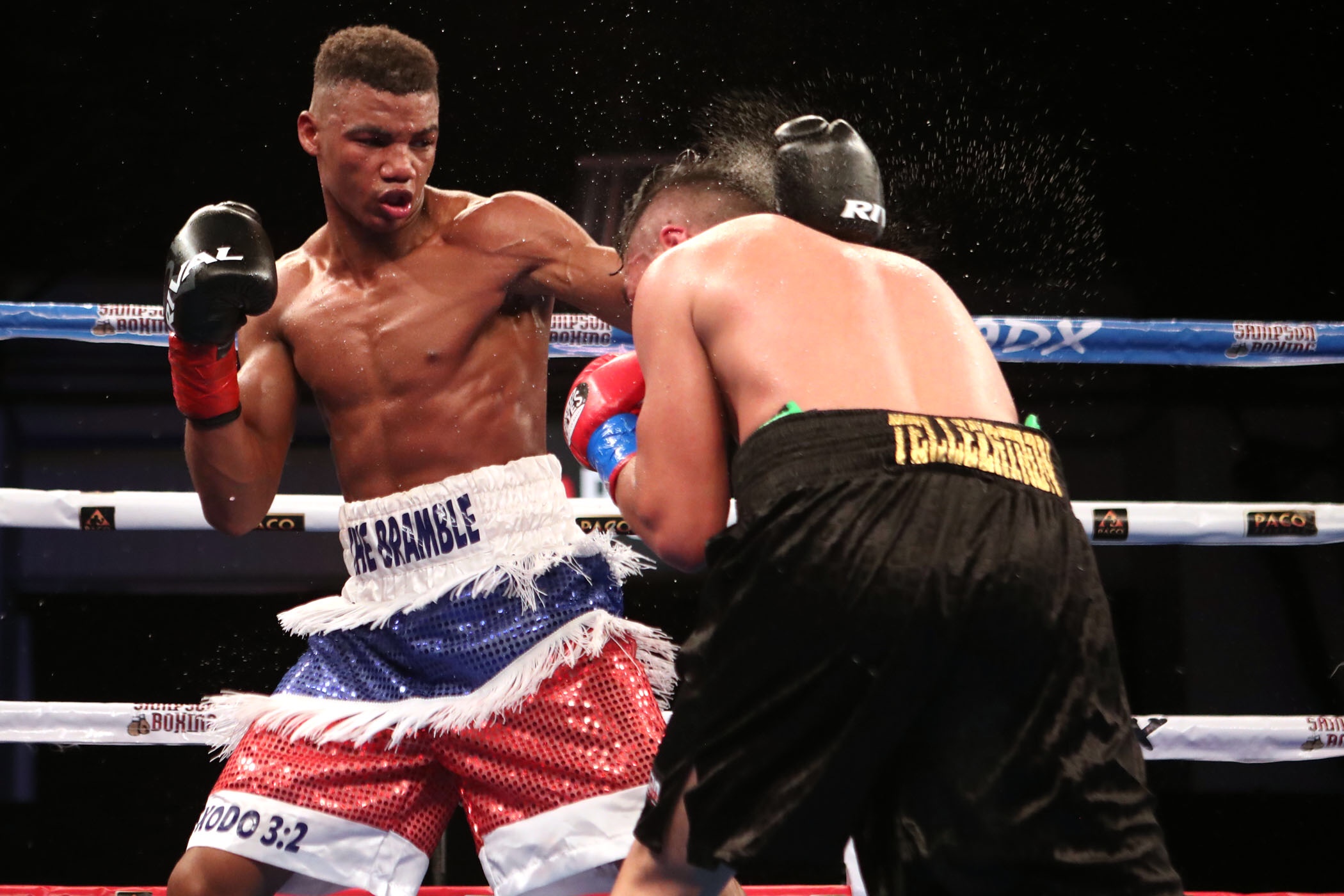 In a clash of young, undefeated lightweight prospects, it was the 21-year-old Rivera who showed that he is one to watch, dominating the outmatched but gamed Tellez Giron throughout the eight rounds. Rivera capped a special performance with a knockdown late in the final round, finishing off a lightning quick combination with a right hook that sent Tellez Giron to the canvas for the first time in his career.

Despite Rivera’s impressive performance, the Santo Domingo native feels he has more to give.

“I’m my harshest critic and although I won tonight, I’m not happy with performance,” he said. “I was hoping to showcase my skills and I don’t think I did that. You saw half of what I can do in the ring. I can do so much better.

“There have been world champions from the Dominican Republic, but none of them have had long reigns. I want to be the first long reigning champion from my country, and to get there I have to work hard.”

Tellez Giron, who became the 187th fighter to lose his undefeated record on ShoBox, disagreed with the judges’ scorecards.

“I felt the fight was closer than the judges saw it,” he said. “It could have been a draw. Rivera caught me off balance and that’s why I went down.

“Today we didn’t lose, this was a learning experience. You have to know the taste of defeat to appreciate a victory.”

In the opening bout of the tripleheader, undefeated prospect Yeis Solano (15-0, 10 KOs) kept his record intact in an all-action, punishing affair with Elias Araujo (19-2, 7 KOs). Solano won via split-decision in a battle of Colombia vs. Argentina where a total of 1,470 punches were thrown. The judges scored the fight 76-75, 78-73 and 74-77. ClickHERE for highlights. 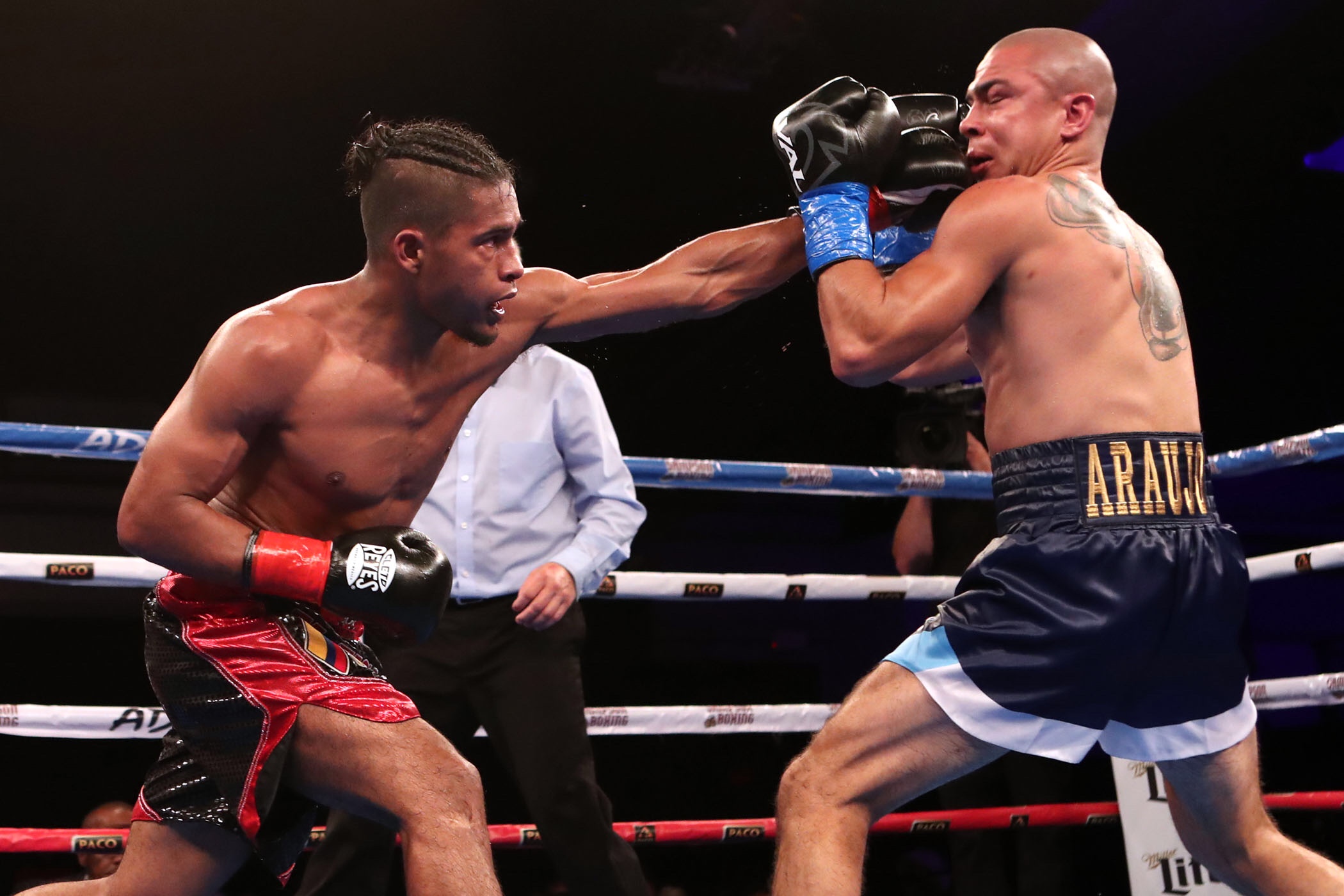 Solano, of Monteria, Colombia, earned the split-decision due to his sharper punching and a key knockdown in the closing seconds of a frantic fourth round. The 26-year-old Solano staggered his opponent on three occasions and despite Araujo’s best efforts to survive the round, he finally went down for just the second time in his career when a right hook sent him face first into the ropes.

“I agree with the judges’ decision, I won the fight,” said Solano. “It wasn’t easy but I feel I won. I hurt him in the fourth.

“He’s a tough fighter. He’s hard to counter. He was coming forward, pushing me against the ropes, not allowing me to bring the fight to the center of the ring. Now I’m going to go back to the drawing board and work with my team to correct the mistakes I made tonight. I let Araujo dictate the pace and that almost cost me the fight.”

Araujo’s workmanlike, high-volume punching approach made the fight difficult to score. He averaged more than 100 punches thrown per round. Solano, despite throwing fewer punches, showed more power and precision. He connected on 33 percent of his power punches compared to Araujo’s 22 percent.

“I thought I won the fight,” said Araujo. “I was so sure I was winning by points. I was surprised when I heard the judges’ decision. I’m disappointed but I won’t let this bring me down. I’ll go back to California and continue training for the next opportunity that comes my way.”