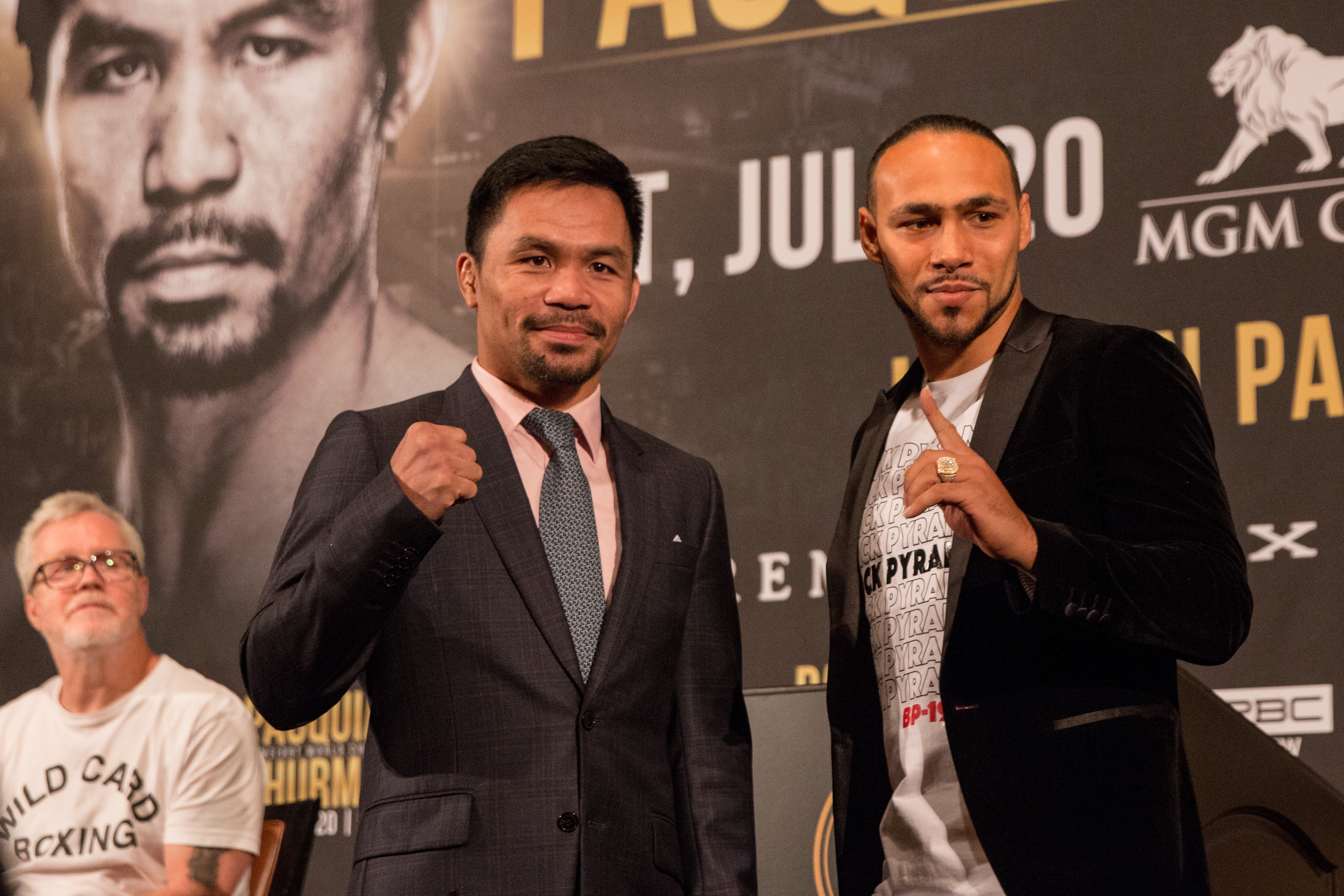 PHOTOS BY: Andy Samuelson For Premier Boxing Champions
Pacquiao and Thurman will battle in a welterweight world title attraction that headlines a PBC on FOX Sports Pay-Per-View event beginning at 9 p.m. ET/6 p.m. PT. Plant will make the first defense of his title against the unbeaten Lee in the main event of FOX PBC Fight Night and on FOX Deportes preceding the Pay-Per-View and beginning at 7 p.m. ET/4 p.m. PT.
Tickets for the event, which is promoted by MP Promotions, Mayweather Promotions and TGB Promotions, are on sale now and can be purchased online through AXS.com, charge by phone at 866-740-7711 or in person at any MGM Resorts International box office. Plant vs. Lee is presented by TGB Promotions and Sweethands Promotions.
Here is what the fighters had to say Wednesday from The Beverly Hills Hotel in Los Angeles:
MANNY PACQUIAO
“It’s easy for my opponents to talk before the fight, and I’m used to everything they say. But when we get to the ring, it changes, and it will change on July 20.
“I chose Keith Thurman because he’s a great fighter, he’s undefeated and because we can give a good fight to the fans. I want to make the fans happy on that night and show that I can still go toe-to-toe with any opponent. 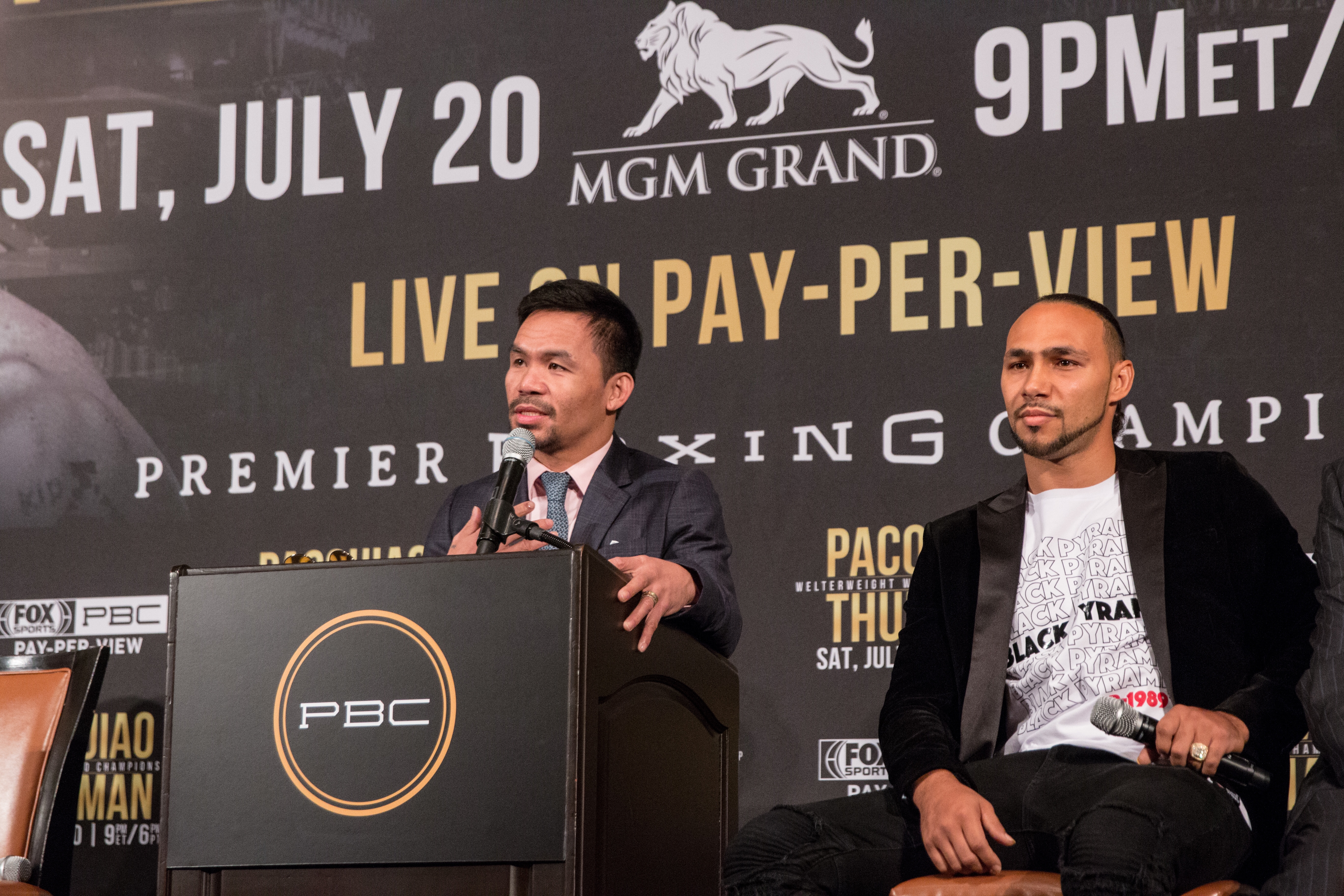 “He said he’s young, but we’ll see who looks young in the ring on July 20. I’m going to let my fists say everything for me.
“We will work hard in training camp like always for this fight. We’re not going to take Keith Thurman lightly or underestimate him. He’s a world champion. I’m thankful for what he’s been saying, because it’s giving me motivation to prove that at 40-years-old, I feel 29.
“Keith Thurman is aggressive and throws a lot of punches. I’m hoping on July 20 he will follow through with what he says and fight toe-to-toe with me.
“The fans need to watch this fight because it’s a once in a lifetime fight. It’s going to be a Fight of the Year and full of action from start to finish. I’m ready to get it on July 20.
“Most of my opponents are bigger than me and I beat them all. When we get into the ring, it doesn’t matter. This has happened before and it will happen again against Thurman.
“My experience will be very important for this fight. It’s going to be useful against an undefeated fighter. I’m going to give him the experience of losing for the first time.
“I’m still having fun and enjoying the sport. I’m excited to go straight to the gym after this and start focusing on training for the fight.”
KEITH THURMAN
“It’s a blessing to be on this stage and have a fight of this magnitude. I’m an all-American fighter, an all-American champion and come July 20, I’m going to stay champion.
“Manny is a world class fighter. He’s a gentleman inside and outside of the ring. I look forward to trading punches with a living legend. But one thing’s for sure, he’s not walking away with my title. 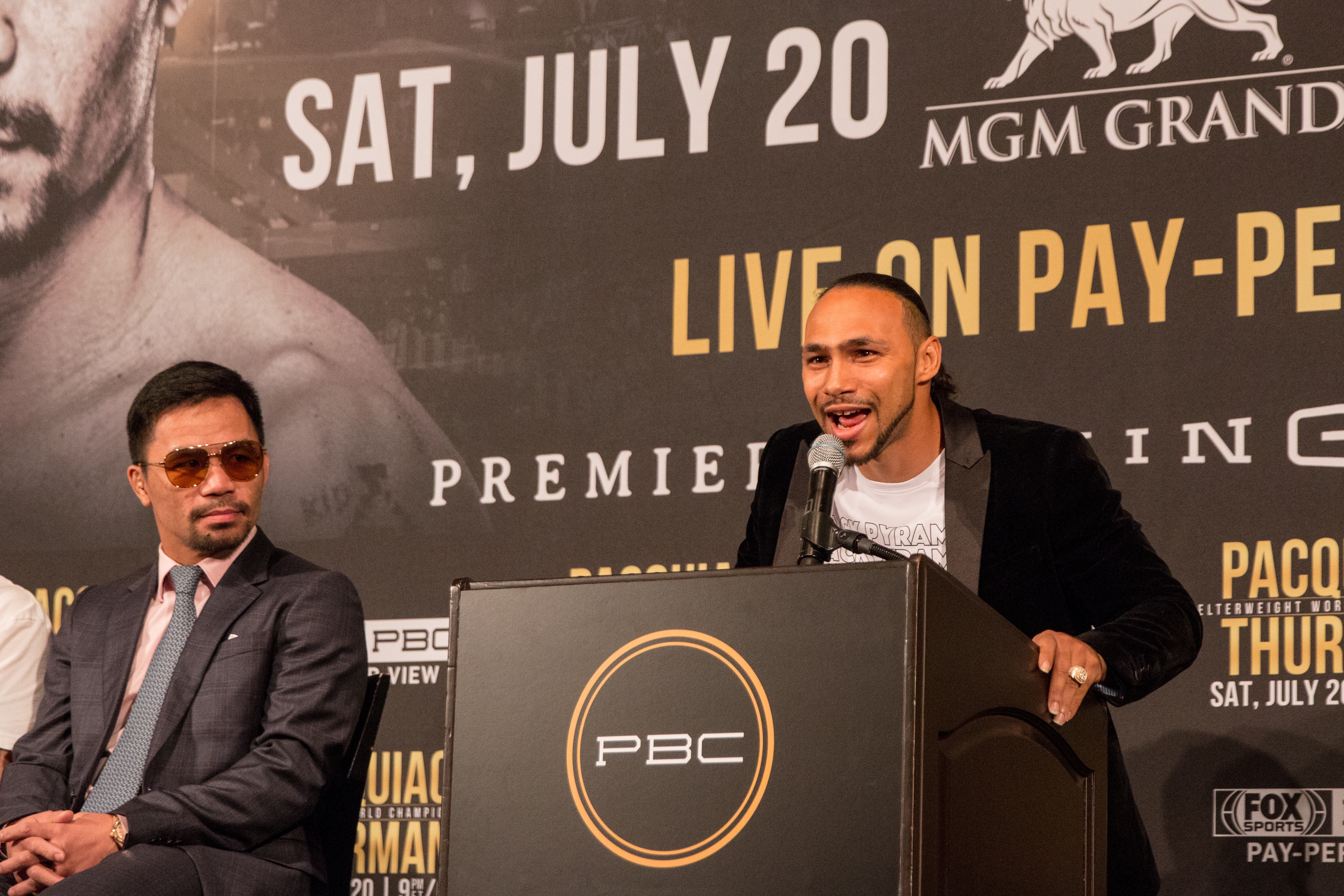