“I feel happy and relieved,” said Yves Ulysse Jr. “I was looking for this relief after my first loss, and now I have it. We still have to work hard for a world title shot, but it is definitely in my future.” 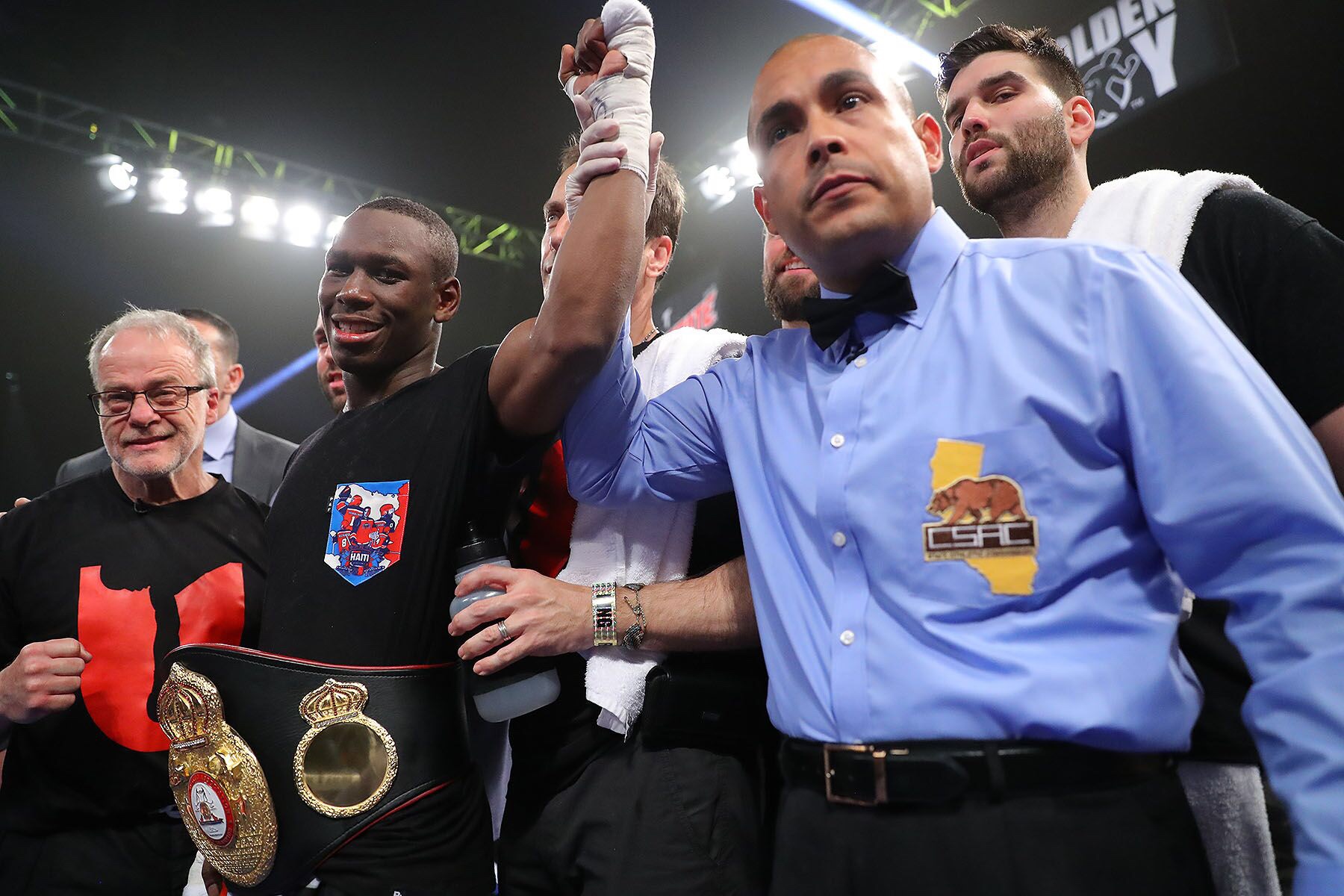 “I thought I won the fight,” said Steve Claggett. “I pushed the pace and hurt him twice. He also ran a few rounds. Not to discredit him, but the aggressor and effective puncher should win the rounds. I would love a rematch.”
Joshua “The Professor” Franco (15-1-1, 7 KOs) of San Antonio, Texas went to war against Colombian contender Oscar “El Jaguar” Negrete (18-2-1, 7 KOs) in a 10-round rematch for the NABF & vacant WBA International Bantamweight Titles. Franco won via split decision with scores of 96-94, and 97-93, while one judge scored it 98-92 in favor of Negrete. 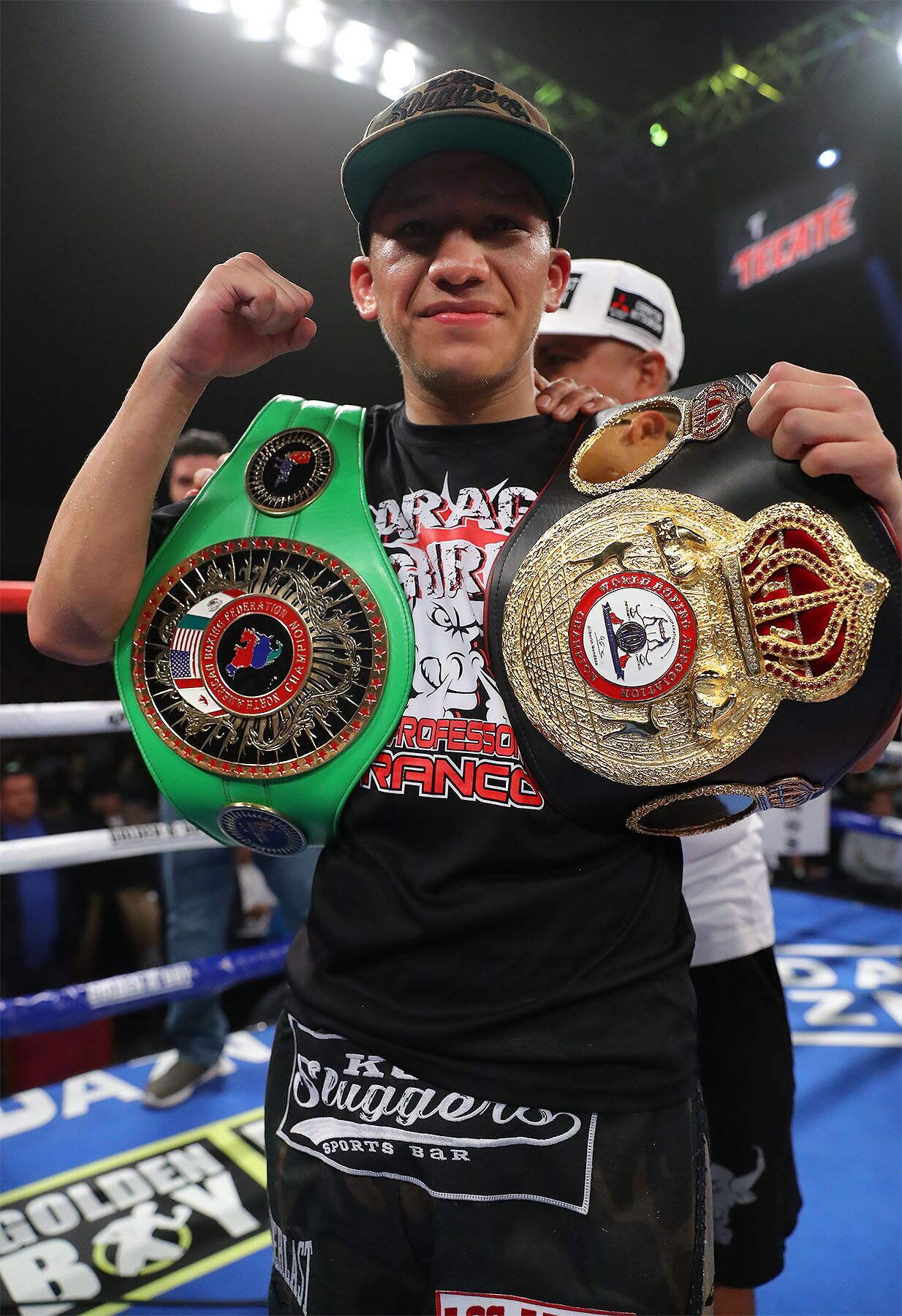 “I feel great. I’m feel excited to get these two belts,” said Joshua Franco. “It really wanted this, so it shows what happens when you really work hard.” 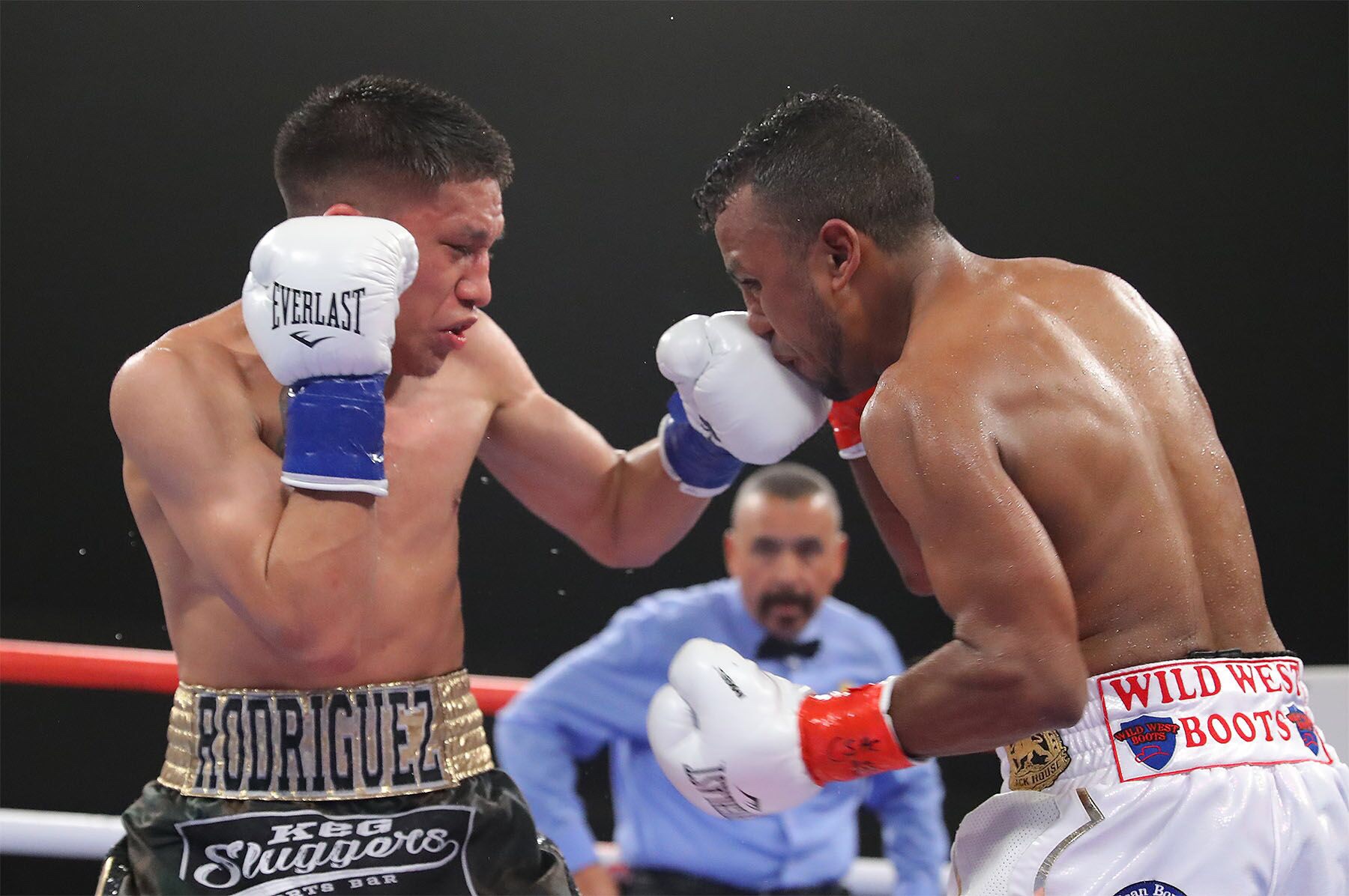 “It was obvious what people saw,” said Oscar Negrete. “At the very most, Franco won three rounds. But what can you do? It is what it is. Of course we want the rematch!”
Marlen Esparza (6-0, 1 KOs) of Houston, Texas claimed a victory against Jhosep Vizcaino(9-9, 3 KOs) of Quito, Ecuador via unanimous decision to earn the vacant NABO Flyweight Title in an eight-round fight. Esparza won with all three judges scoring 80-72. 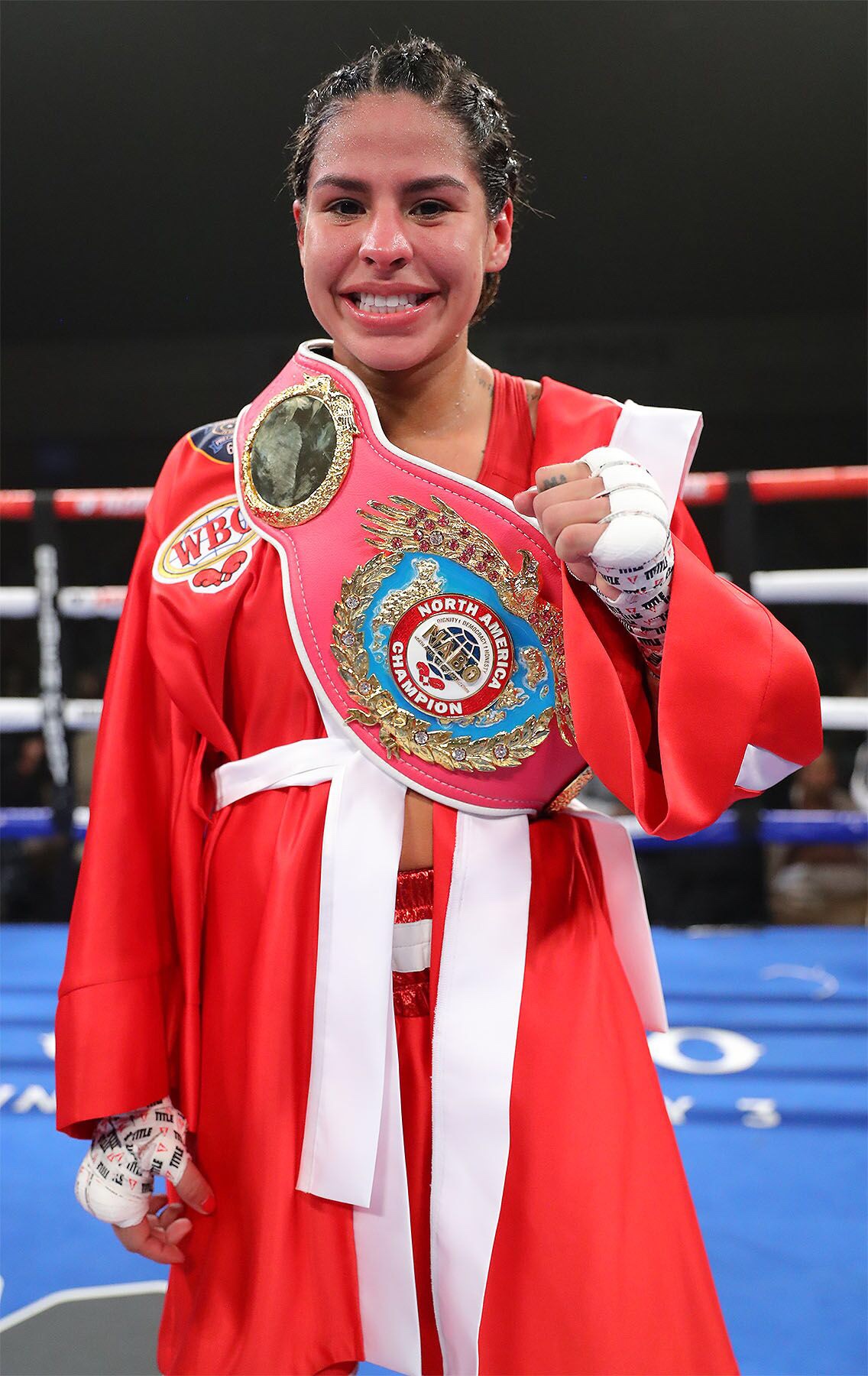 “I was working on placing my punches well,” said Marlen Esparza. “I feel like I have gotten stronger since having my baby. I’m able to turn my punches more. I’d like to have two more fights before challenging for a world title.”
Alexis “Lex” Rocha (13-0, 8 KOs) of Santa Ana, Calif. defeated Shoki Sakai (23-10-2, 13 KOs) of Amagasaki, Japan via unanimous decision in a 10-round battle for the WBC Continental Americas Welterweight Title. Rocha  won with scores of 99-91, 97-93 and 97-93. 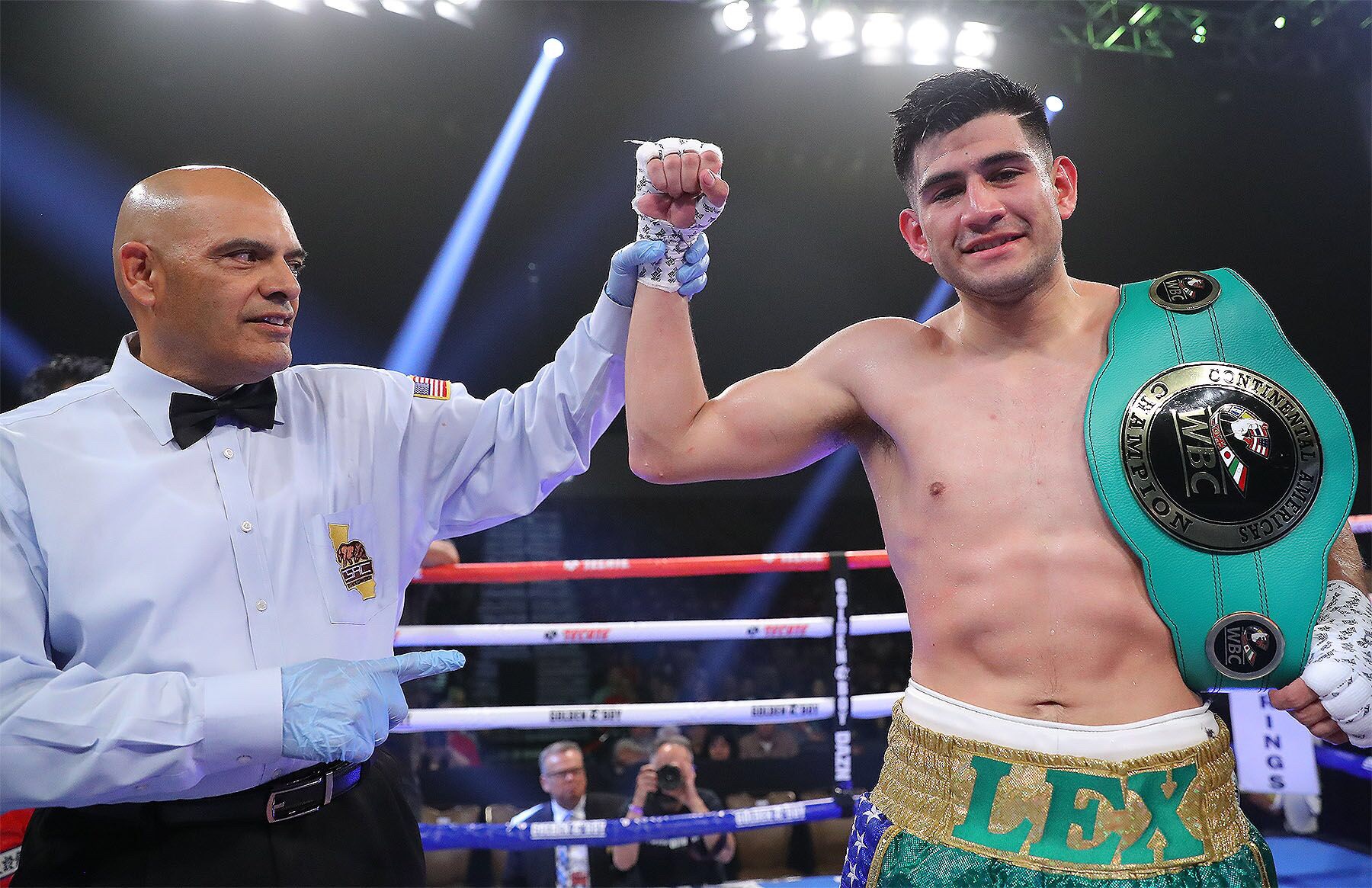 “I could have done better,” said Alexis Rocha. “I need to go back to the gym and work on my fundamentals. I’m coming off from a long layoff, so I need to get back in the gym and stay busy with more fights.”
Mike “Yes Indeed” Reed (24-2, 13 KOs) of Washington, D.C. defeated Yardley Cruz (25-14, 15 KOs) of Los Mochis, Mexico via second-round technical knockout in a six-round welterweight fight. The fight was stopped at 1:45 of the aforementioned round after a series of unanswered shots forced the referee to call a halt to the action. 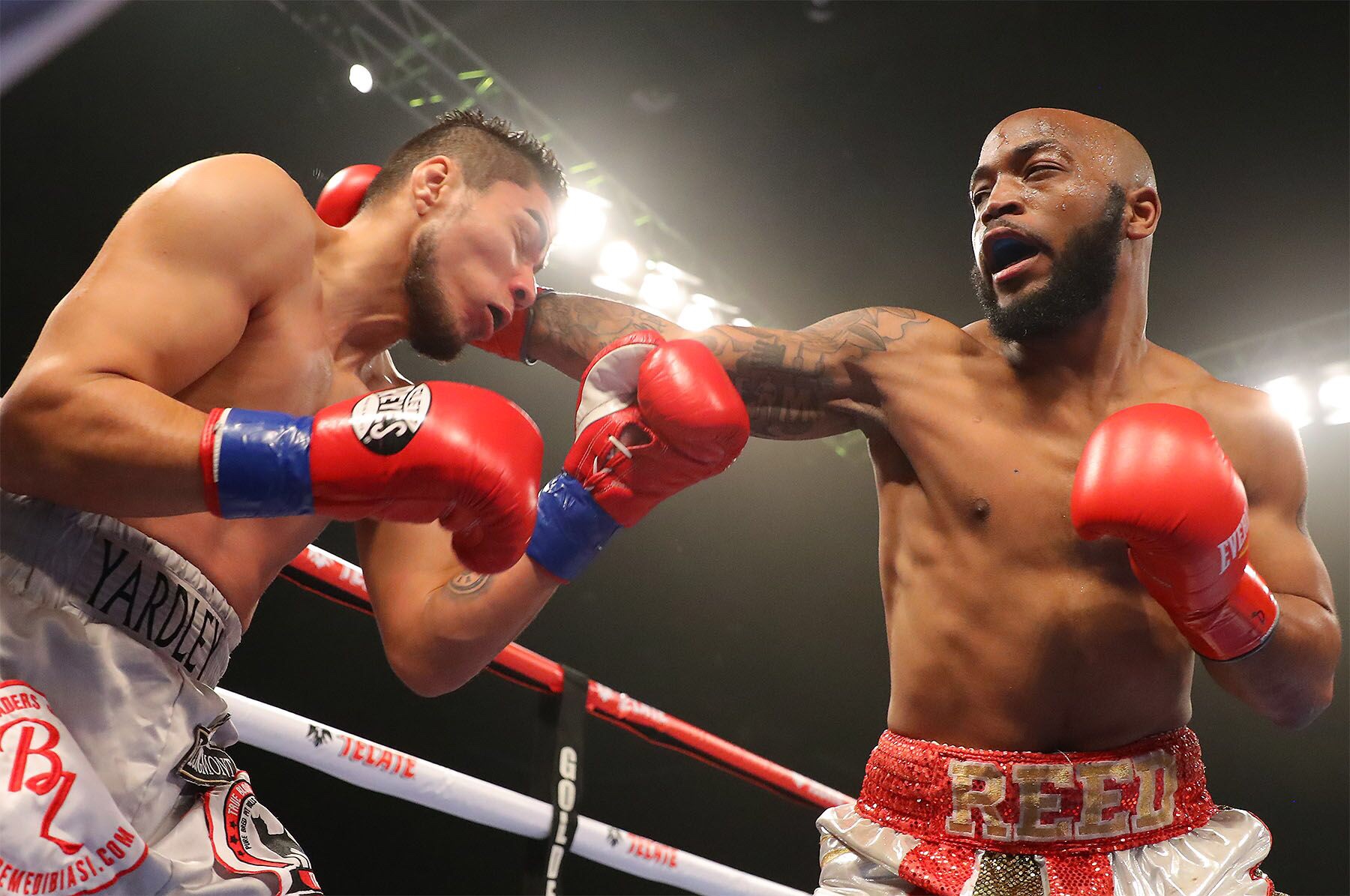 “It felt good to be back in the ring after 13 months,” said Mike Reed. “I had to take my time in there. He [Cruz] was looking for a way out, but I made sure to take care of business.”
Raul “Cougar” Curiel (5-0, 4 KOs) of Tamaulipas, Mexico scored a second-round technical knockout victory against Andrew Rodgers (4-7-1, 2 KOs) of Elkhart, Ind. in a scheduled six-round super welterweight fight. Rodgers could not continue after the second round due to an injury that he claims to have suffered during the second round. 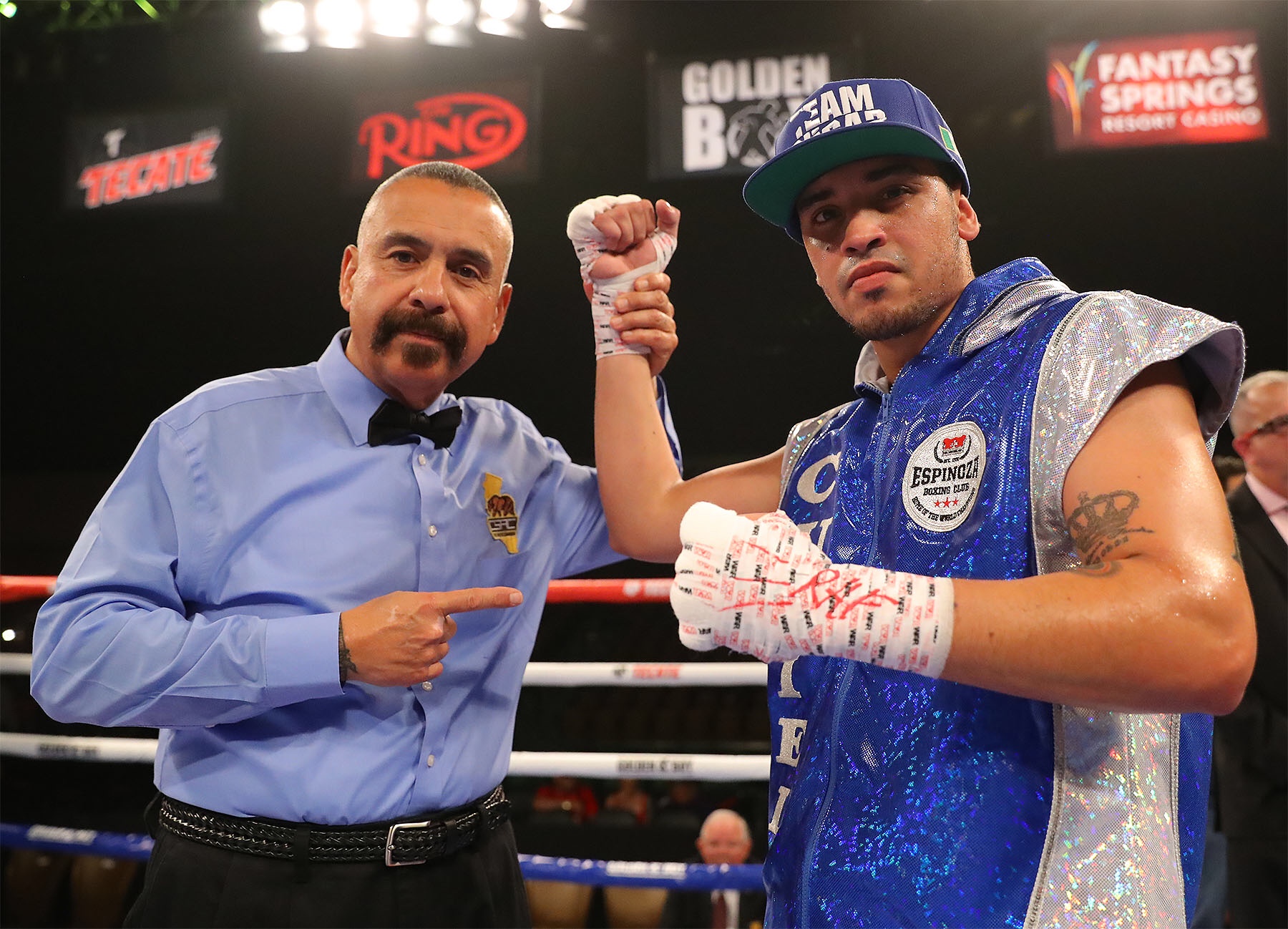 “We expected more from this fighter,” said Raul Curiel. “Nevertheless, I thank God we got the win. We’ll keep working hard for the next one.”
Anthony Reyes (6-0, 4 KOs) of Coachella, Calif. beat a tough opponent in Roberto Pucheta(10-16-1, 6 KOs) of Mexico City, Mexico via unanimous decision in a four-round featherweight bout. Reyes won with three scores of 40-36. 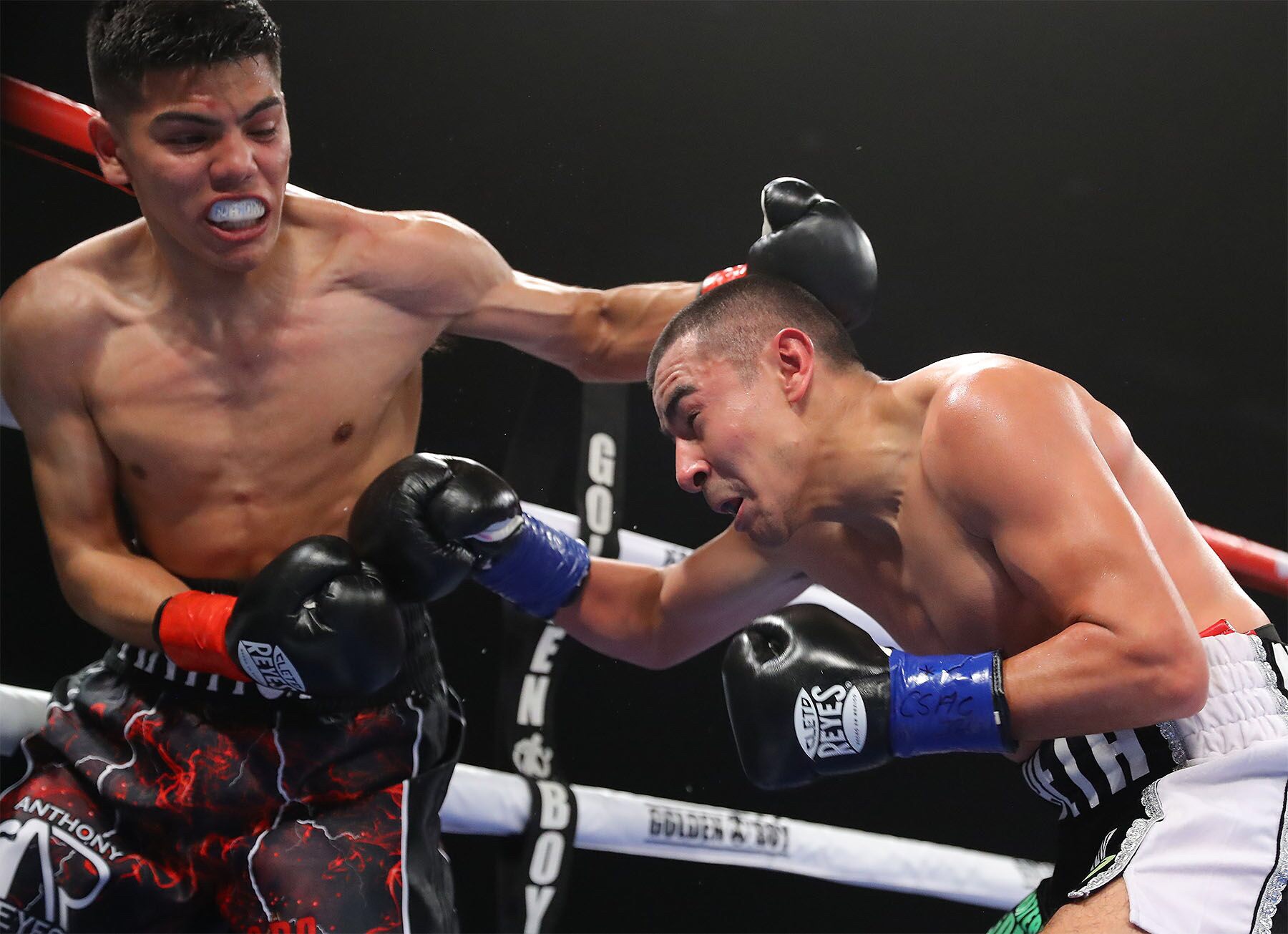 Ulysse Jr. vs. Claggett II was a 10-round fight for the WBA Gold Super Lightweight Title
presented by Golden Boy and Eye of the Tiger Management. The event was sponsored
by Tecate, “THE OFFICIAL BEER OF BOXING.”  The fights took place Thursday, April 25, 2019 at Fantasy Springs Resort Casino in Indio, Calif.