Giyasov (7-0 6 KOs) has raced to 7-0 in his first year as a pro having turned over in March 2018 following a stellar amateur career. The 25 year old bid farewell to the amateur scene as the 2017 World Champion, fresh off the heels of landing the Asian Championship earlier in the year to add to his 2016 silver medal at the Rio Olympics. Giyasov has signaled his dangerous intentions in the paid ranks with six of his seven wins coming inside the distance, and now he looks to shift gears in his pursuit of replicating that amateur success in the pros. 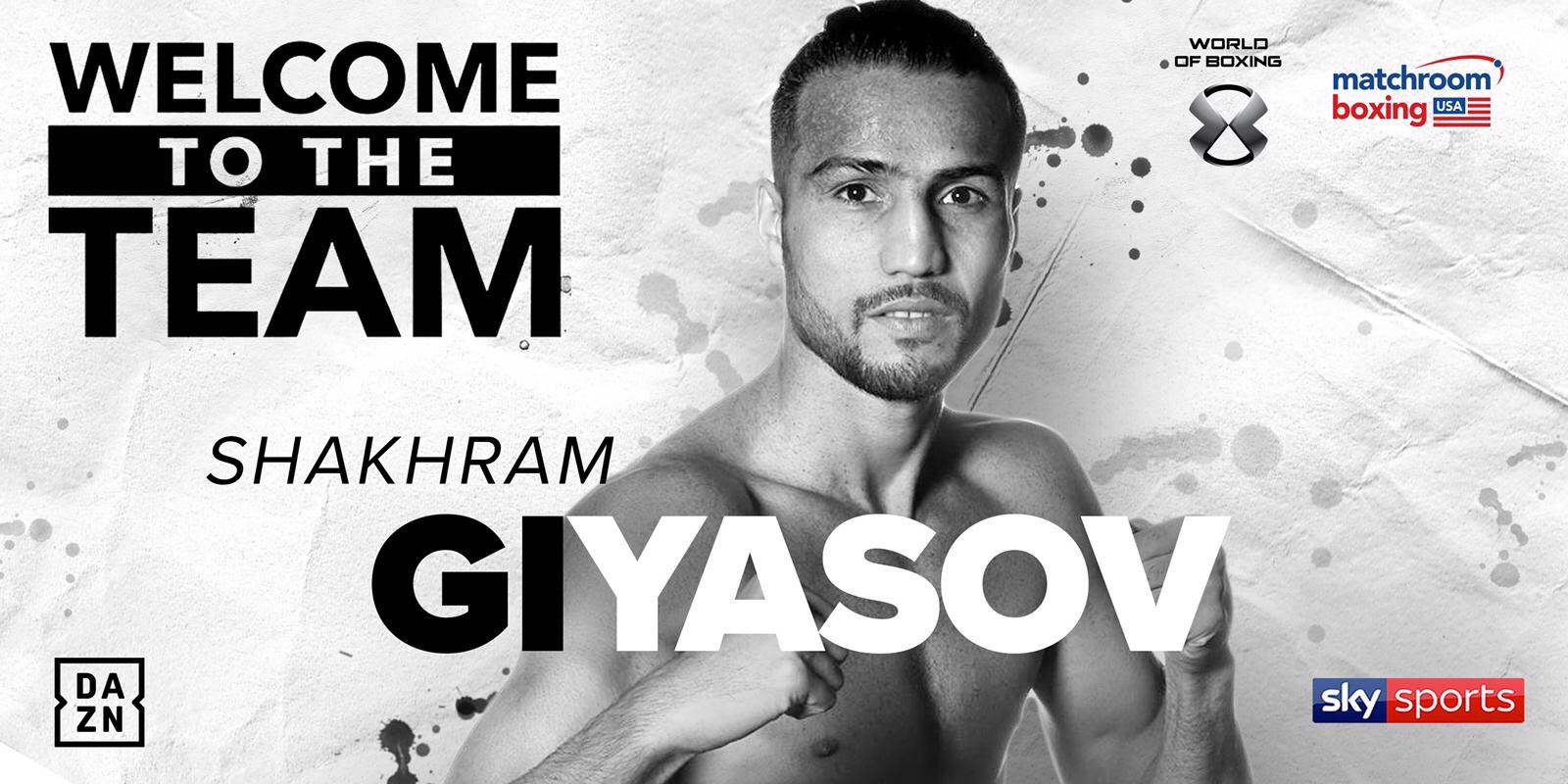 “This is great news for my future and I cannot wait to start my journey on DAZN tomorrow night,” said Giyasov. “I have seen it all in the amateurs, now I am here in the pros to get the same success. There’s a lot of hard work to come but I am ready to put that work in to win World titles and thrill the fans, starting in LA tomorrow.”

Akmadaliev (5-0 4 KOs) has a similarly glittering amateur background with gold in the 2017 Asian Championship, silver medals in the World and Asian championships in 2015 and Olympic bronze in Rio. The 24 year old has already got his hands on hardware in the paid ranks, landing the WBA Inter-Continental Super-Bantamweight title with a first round KO of Ramon Contreras in his fourth pro outing in August – defending the crown with a ninth round stoppage of Isaac Zarate in November. Akmadaliev will hunt a sixth win and fifth inside the distance and then keep a keen eye on the unification clash later in the night between WBA ruler Daniel Roman and IBF king TJ Doheny, with the big-hitting talent ready to strike as the mandatory for the WBA title. 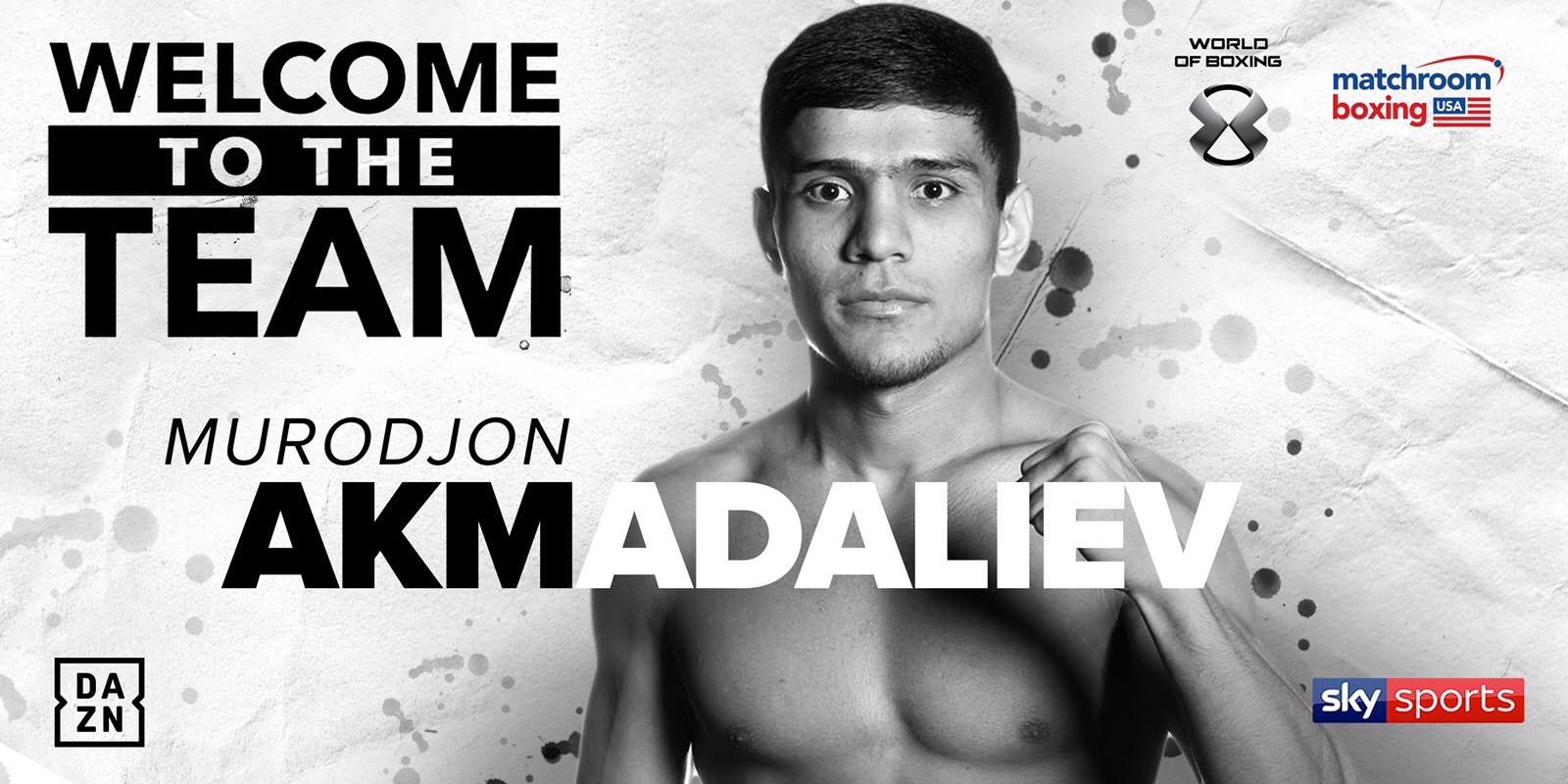 “I am delighted to be teaming up with Matchroom Boxing USA, DAZN and World of Boxing,” said Akmadaliev. “I am excited to be in action in Los Angeles tomorrow night and I will be looking to steal the show. I will be very interested in the Roman vs. Doheny fight as I would love to fight the winner of that one.

“I’m delighted to welcome these two outstanding young talents to the Matchroom Boxing USA team,” said promoter Eddie Hearn. “Both are unquestionably future World champions and both have electric styles that will light up venues and broadcast platforms around the World. I’m looking forward to seeing them tomorrow night at the Forum and live on DAZN.”

“Giyasov and Akhmadaliev are great fighters and we are looking forward to working together with Eddie Hearn and DAZN to build them towards World championships,” said Andrey Ryabinskiy, head of World of Boxing.

“I really believe that Giyasov and Akhmadaliev are going to attract a lot of attention at 140lb and 122lb weight classes this year!” said Vadim Kornilov. “We are looking forward to some very exciting fights that we have planned.”

Tickets are on sale now prices from just $31 – to charge by phone with a major credit card, call Ticketmaster at (800) 745-3000. Tickets are also available for purchase at www.fabulousforum.com or www.ticketmaster.com, and also at the Forum Box Office.