LOS ANGELES (September 24, 2019) – Unbeaten IBF Welterweight Champion Errol “The Truth” Spence Jr. and WBC Champion “Showtime” Shawn Porter made their grand arrivals Tuesday as they near their title unification showdown that headlines a FOX Sports PBC Pay-Per-View this Saturday, September 28 from STAPLES Center in Los Angeles.
Tuesday’s open to the public event featured live musical performances from Casey Veggies, Young Miller Tha Don, Ohana Bam, Mariachi Espuelas de Jalisco and was hosted by Jason Lee of Hollywood Unlocked at Xbox Plaza at L.A. Live.
Fighters competing in pay-per-view undercard action were also in attendance Tuesday including WBC Super Middleweight World Champion Anthony “The Dog” Dirrell and David “El Bandera Roja” Benavidez, who meet in the co-main event, unbeaten Mario “El Azteca” Barrios, who battles Batyr Akhmedov for the vacant WBA Super Lightweight title, and all-action veterans Josesito Lopez and John Molina Jr., who compete in a 10-round welterweight fight.
Plus, former three-time world champion Robert “The Ghost” Guerrero and top 154-pound prospect Joey Spencer were also in attendance ahead of their FOX Sports PBC Pay-Per-View Prelims on FS1 and FOX Deportes attractions.
Tickets for the event, which is promoted by Man Down Promotions, TGB Promotions and Shawn Porter Promotions, are on sale now and can be purchased at AXS.com.
Here is what the main and co-main event fighters had to say Tuesday:
ERROL SPENCE JR.
“This is going to be a tough fight because of Shawn’s style. He has a come-forward style and he likes to throw a lot of punches. He has a lot of will and he’s going to help make this a great fight. 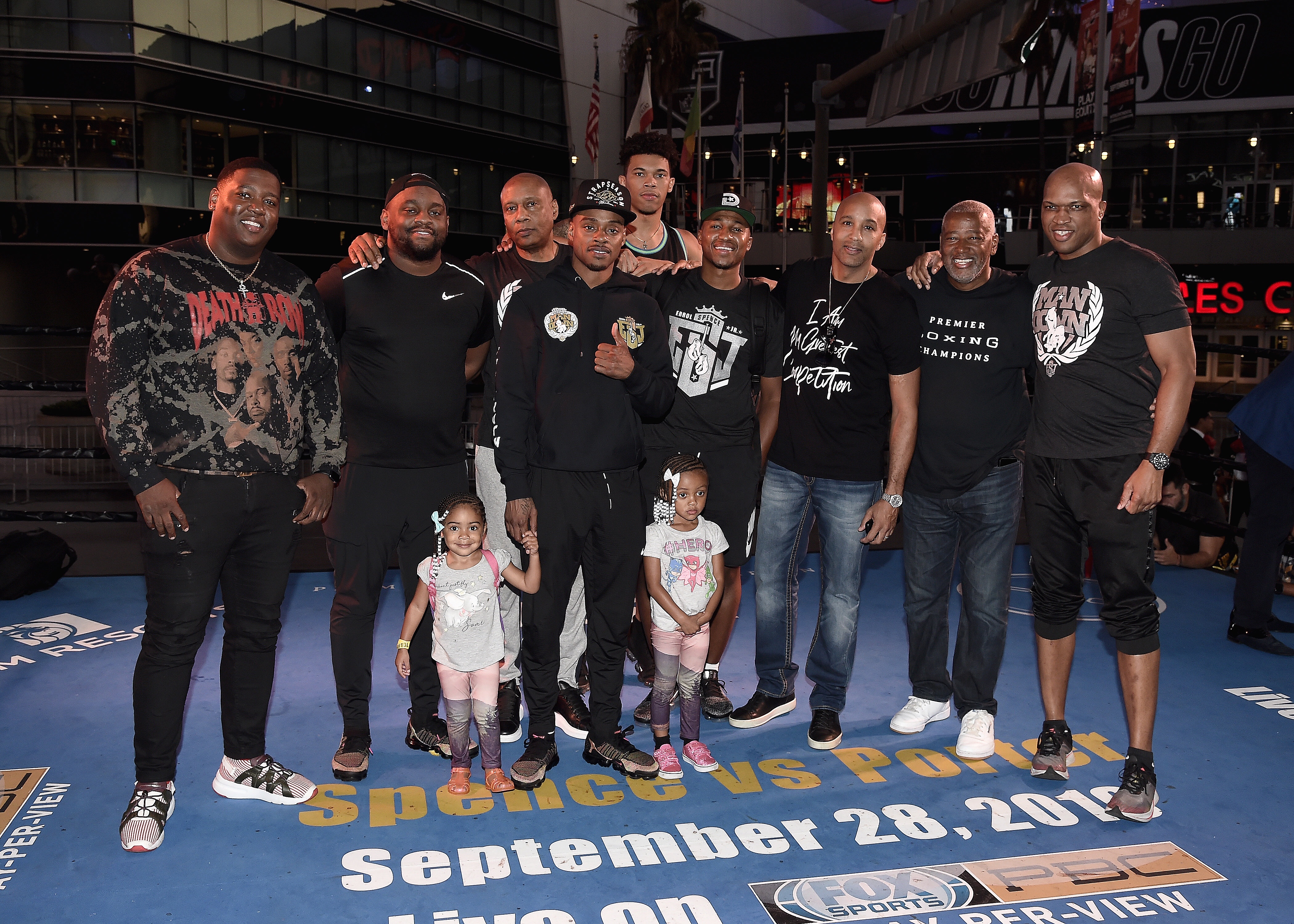 PHOTOS BY: SCOTT KIRKLAND FOR FOX SPORTS
“I’m confident in my abilities and confident that I will perform to the best of my abilities. I believe that no matter what Shawn brings to the ring, I’ll have an answer for it.
“I think this fight is coming at the perfect time. I’m going in the right direction in my career and I’m just going to keep achieving more and more from here.”
SHAWN PORTER
“Spence is a tactical fighter. I know they’ll have a good game plan but I’m confident in my abilities and in my corner. 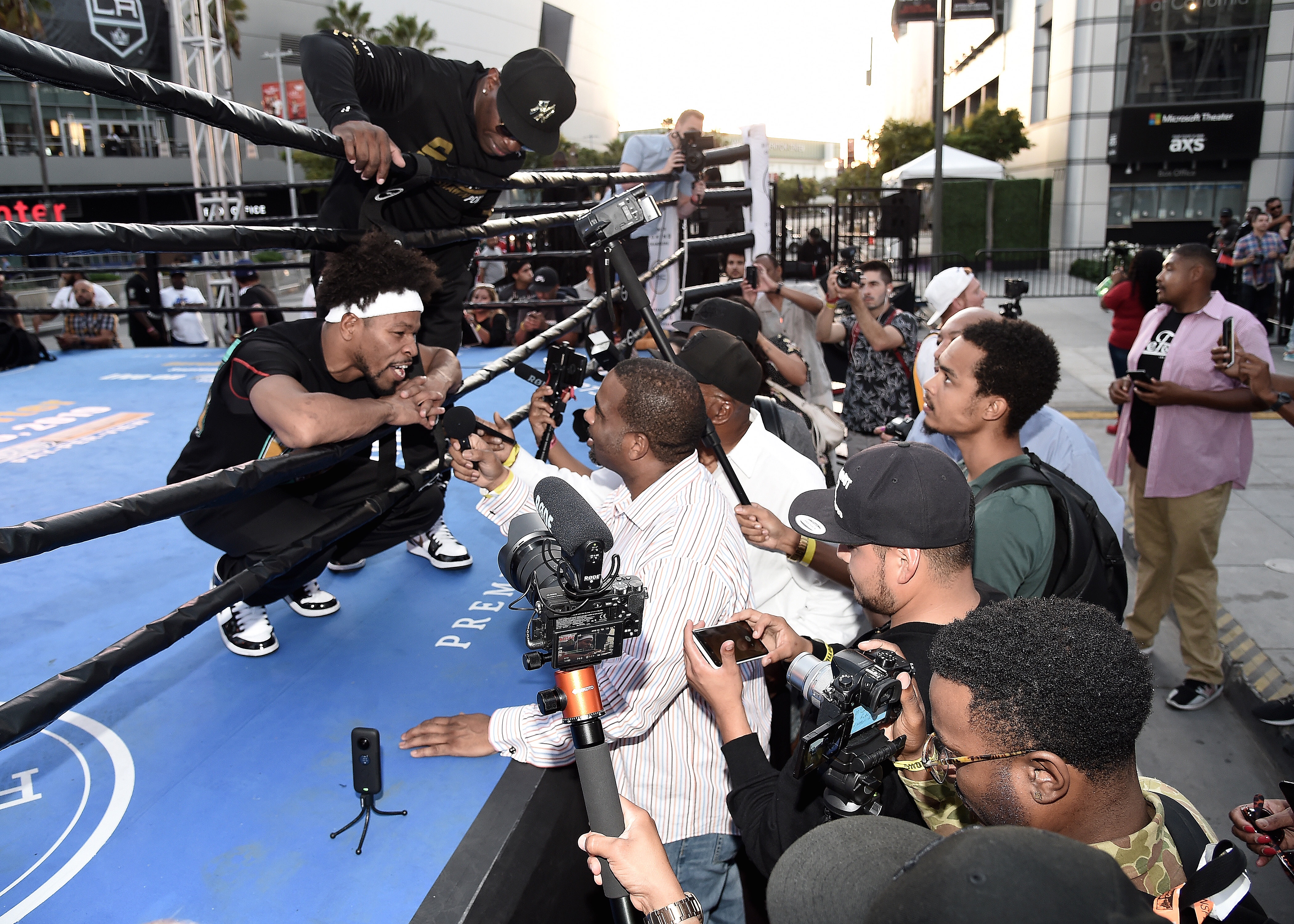 “Errol and I are likeable and respectable guys, but we give it all in the ring. Fights like this are going to help the sport of boxing.
“I don’t just want to challenge Errol Spence Jr. I took on this fight because I want to be the guy who beats him and takes his 0. I think Kell Brook challenged him, but I’m here to have my hand raised at the end of the night.”
ANTHONY DIRRELL
“I don’t see this fight going the distance. I don’t work nine to five and I don’t get paid for overtime. You’re going to see on Saturday night. 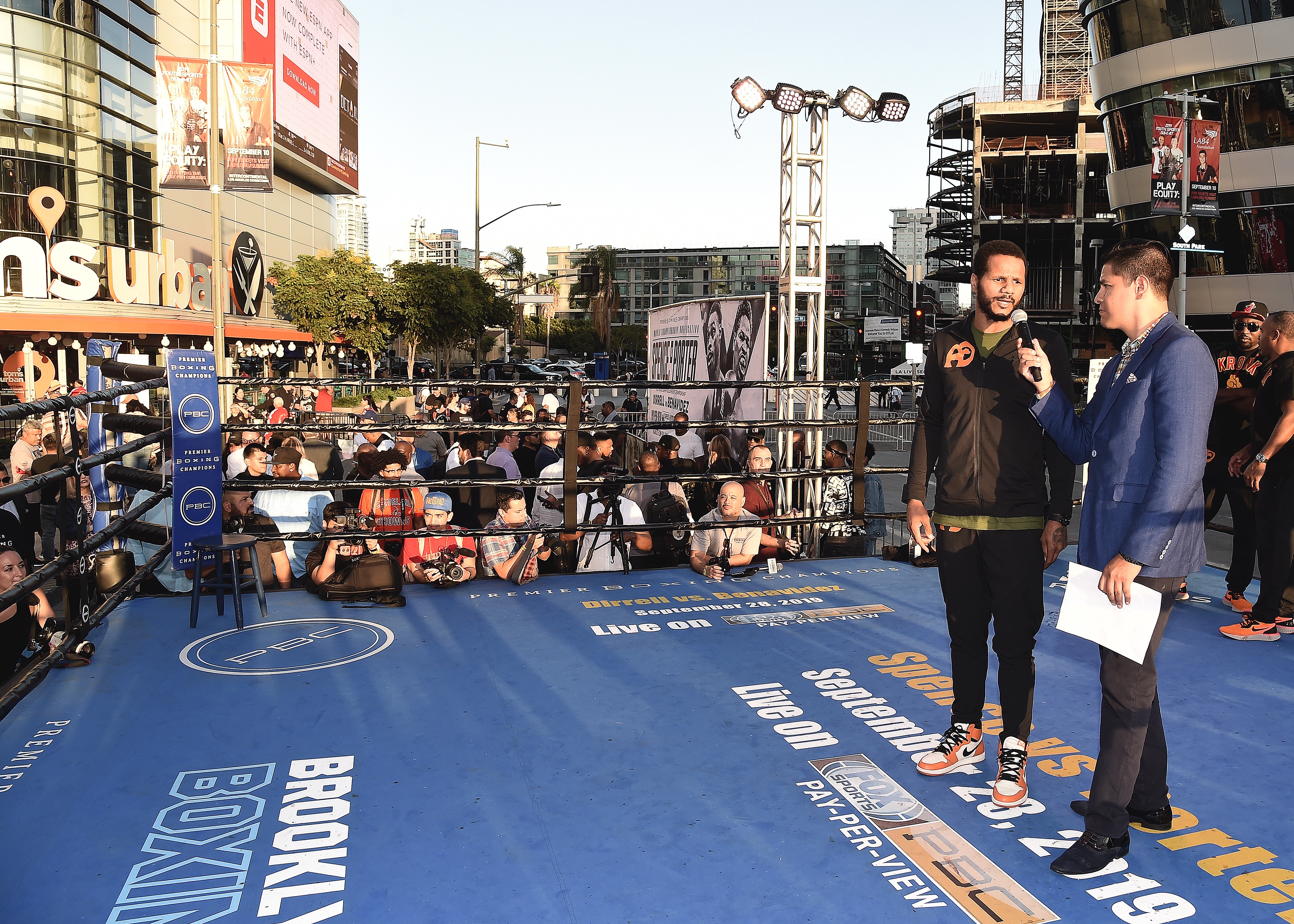 “He’s still green. He’s done what he’s supposed to do. He’s knocked out fighters who he was supposed to knock out. I’m ready for anything he brings. I’ve seen it before and I’ve done it before.
“Experience is going to matter a lot on Saturday night. I think my mental game is going to outweigh his and he’s not going to know what hit him.”
DAVID BENAVIDEZ
“We have a good game plan, but our job is to go out there and read what he’s doing and adjust. A lot of times fighters bring new wrinkles to the ring, so we have to be ready to make the right moves to counter it. 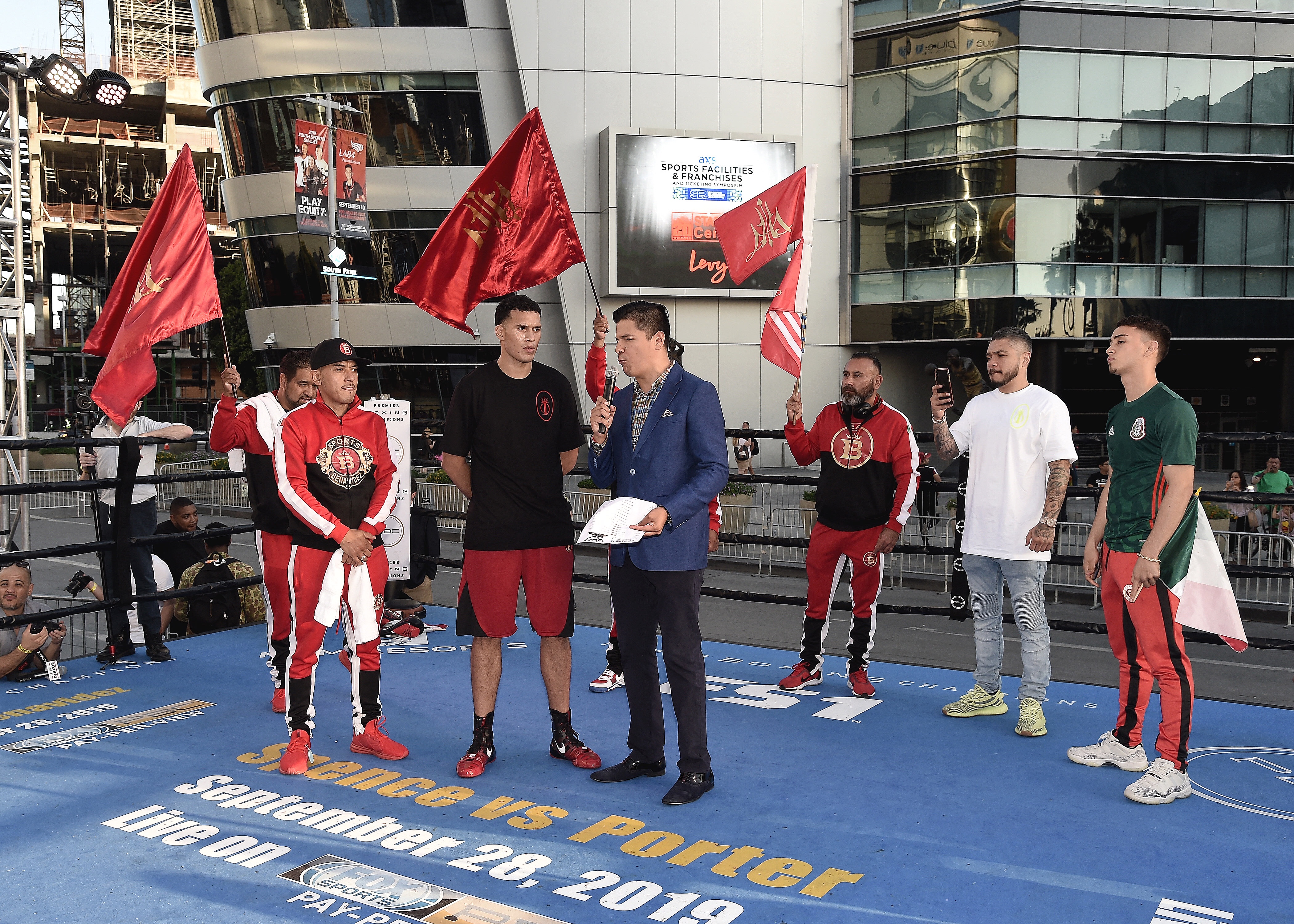 “Dirrell has talked about his experience, but I don’t think any of that is going to play a factor in the fight. I prepared myself very well and I’m ready for anything.
“I’ve been around a lot of great fighters and I’ve learned a lot. It’s not his job to know everything about me, but on Saturday night he’s going to find out who I really am.”