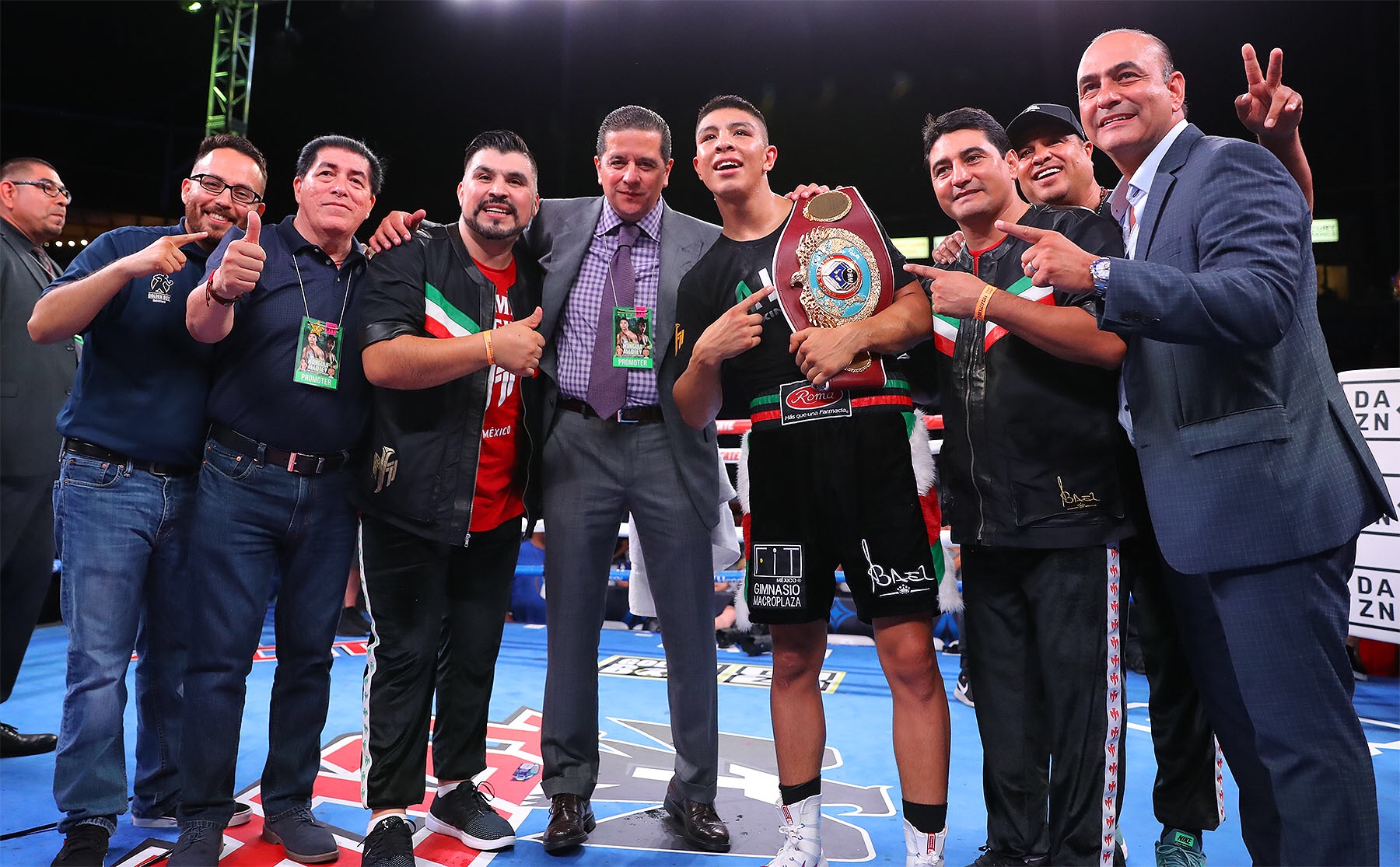 “The journey getting here was hard, but I feel really good with these people who came to support me,” said Jaime Munguia. “This is Mexican Independence Day, and I feel really good and I’m ready to go further for more. Thank you, of course, to Erik [Morales]. I learned from Erik to stay calm, but this is a combination of everyone that I work with. Step by step, I’ve learned a lot from all the fighters that I’ve fought before. I don’t know if this is my last fight at 154 pounds. I need to talk with my promoters Golden Boy and Zanfer. I need to talk to my team and then we’ll decide.” 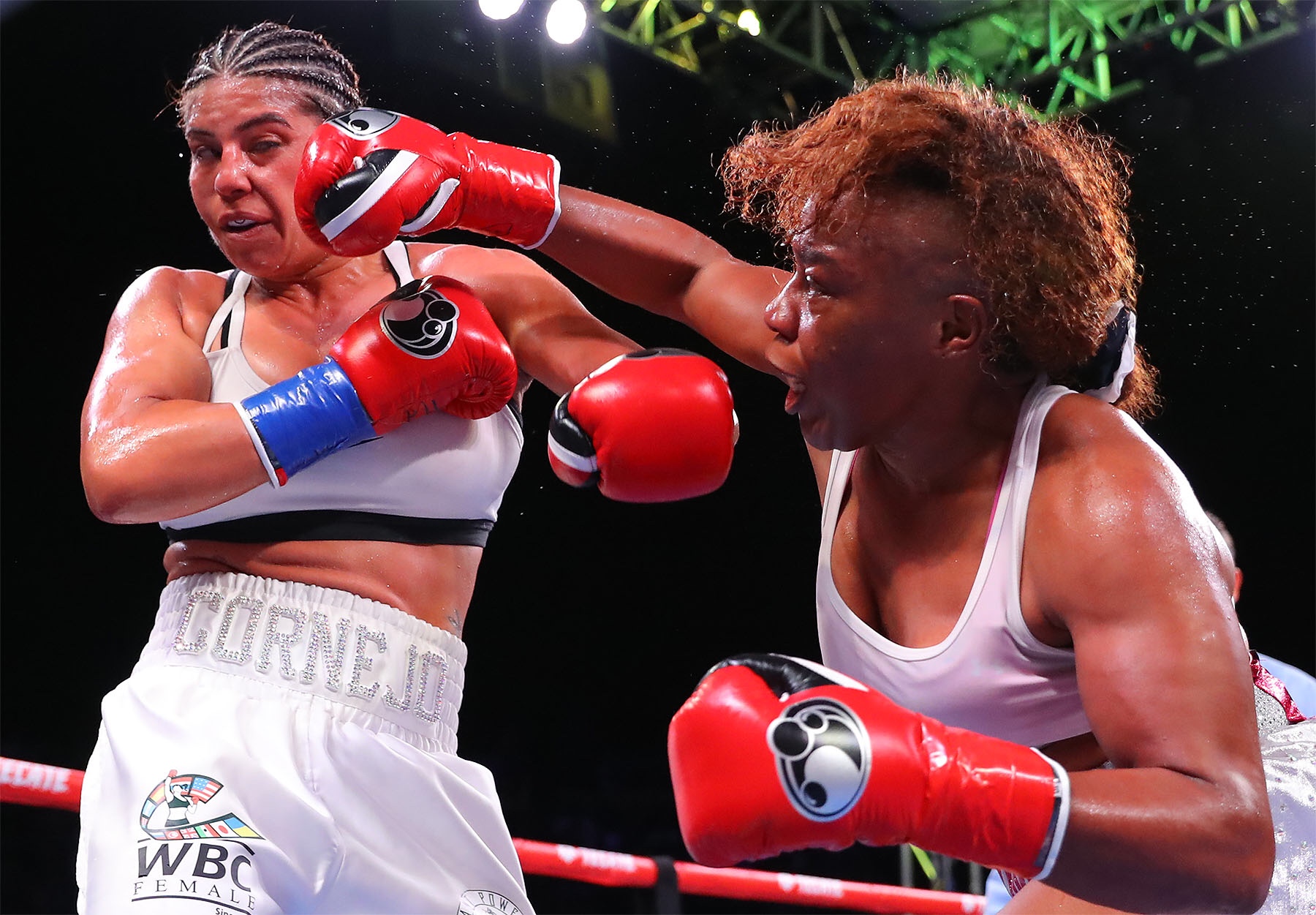 In the co-main event, Franchon “The Heavy-Hitting Diva” Crews-Dezurn (6-1, 2 KOs) of Norfolk, Maryland defeated Maricela “La Diva” Cornejo (13-4, 5 KOs) of Los Angeles, Calif. via unanimous decision for the WBC and WBO Super Middleweight Titles in a 10-round fight. Crews-Dezurn won with scores of 98-92, 98-92 and 97-93.
“I’m so happy,” said Franchon Crews-Dezurn. “First of all, I have a history with Mexico, my sister is Mexican, I love boxing just like you. I’m for unity and this is not just for me. This is for women boxers from Mexico and China and Russia and America. This week has been hell and I stood and held strong. This is just another testimony to show if you believe in yourself, you put the work in, you stay focused, no matter how many distractions, no matter how much bull crap comes your way, you just stick to the plan and complete the mission.” 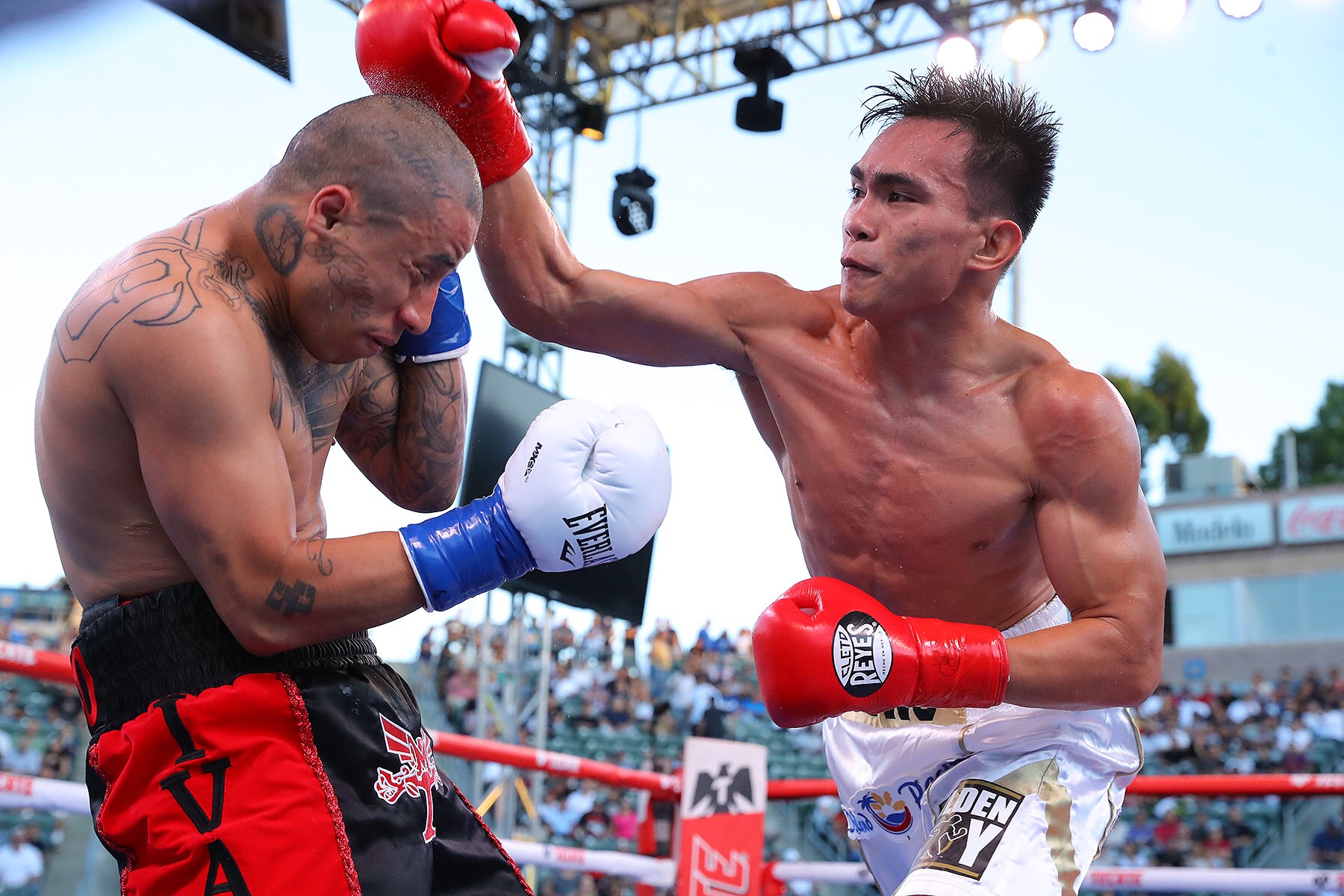 Filipino contender “Ruthless” Romero Duno (21-1, 16 KOs) defeated Ivan Delgado (13-3-2, 6 KOs) of Los Angeles, Calif. via technical knockout in the seventh round of a fight originally scheduled for 10 rounds in the super lightweight division. Delgado’s corner stopped the fight at the end of the aforementioned round with an official time of 3:00.
“I know that Delgado wanted to win this fight,” said Romero Duno. “I just do my job to make it a win so that Ryan Garcia will come to watch. I know that Ivan Delgado is a tough boxer. I know he always wants to win because he has a family that’s always supporting him. I haven’t loss focus. I know that Ryan Garcia always wants to fight me. I know Ryan Garcia wants to fight a tough boxer. If he gives me a chance to have a match with him, I’m always ready.” 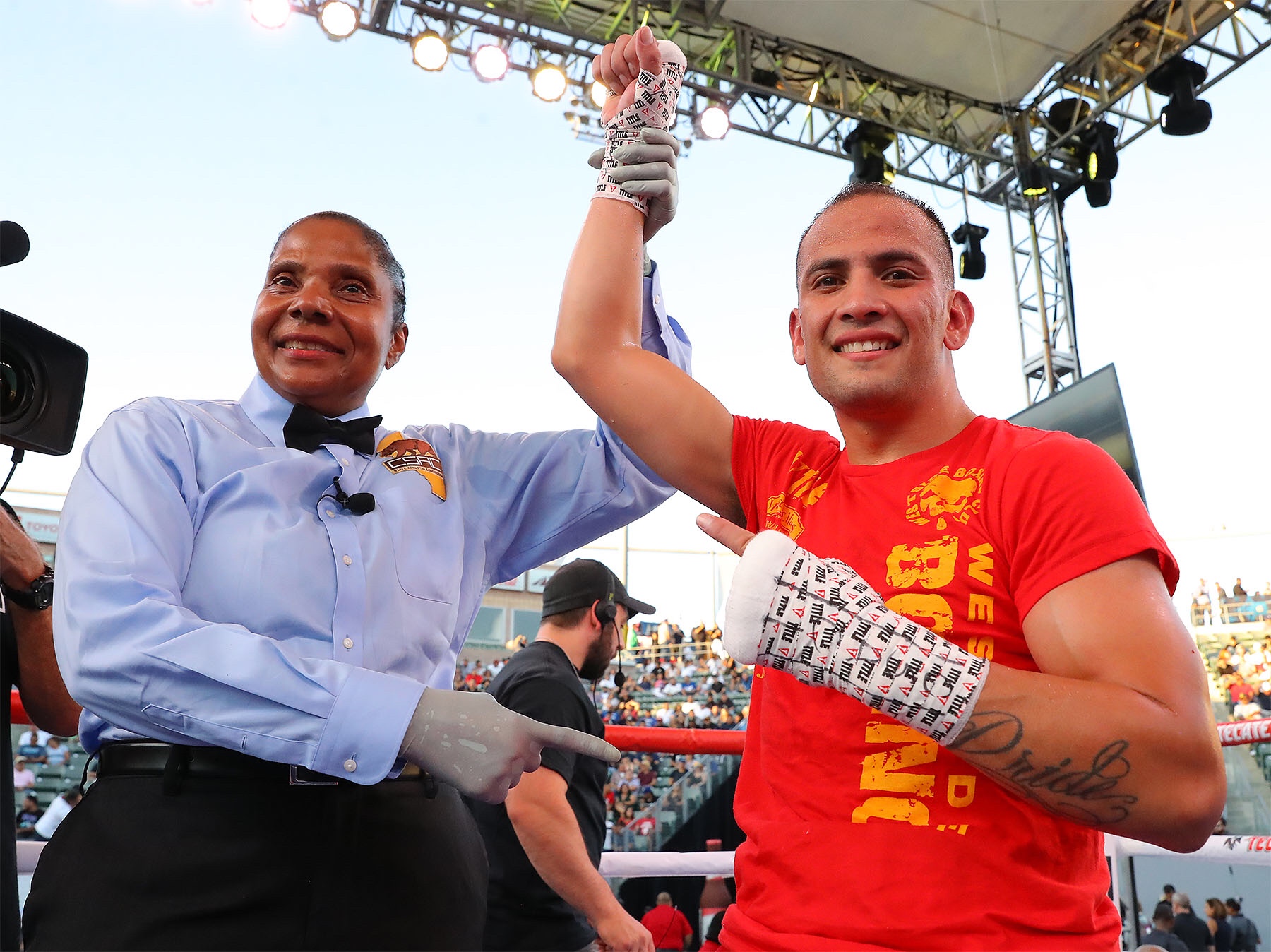 Rafael “El Alikin” Gramajo (11-2-2, 3 KOs) of Garden City, Kansas defeated Daniel Olea (13-9-2, 5 KOs) of Guerrero, Mexico via technical knockout in the third round of a lightweight battle originally scheduled for eight rounds. Olea’s corner stopped the fight at the end of the aforementioned round with an official time of 3:00.
“I feel great being here,” said Rafael Gramajo. “First of all I appreciate God for that, second I want to thank my team, Westside Boxing, you guys already know how we do it. I feel great. Coming into this fight,  I thought ‘I’m gonna beat that ass.’ Excuse me everybody, but that’s what my goal is every time. I come here to win.” 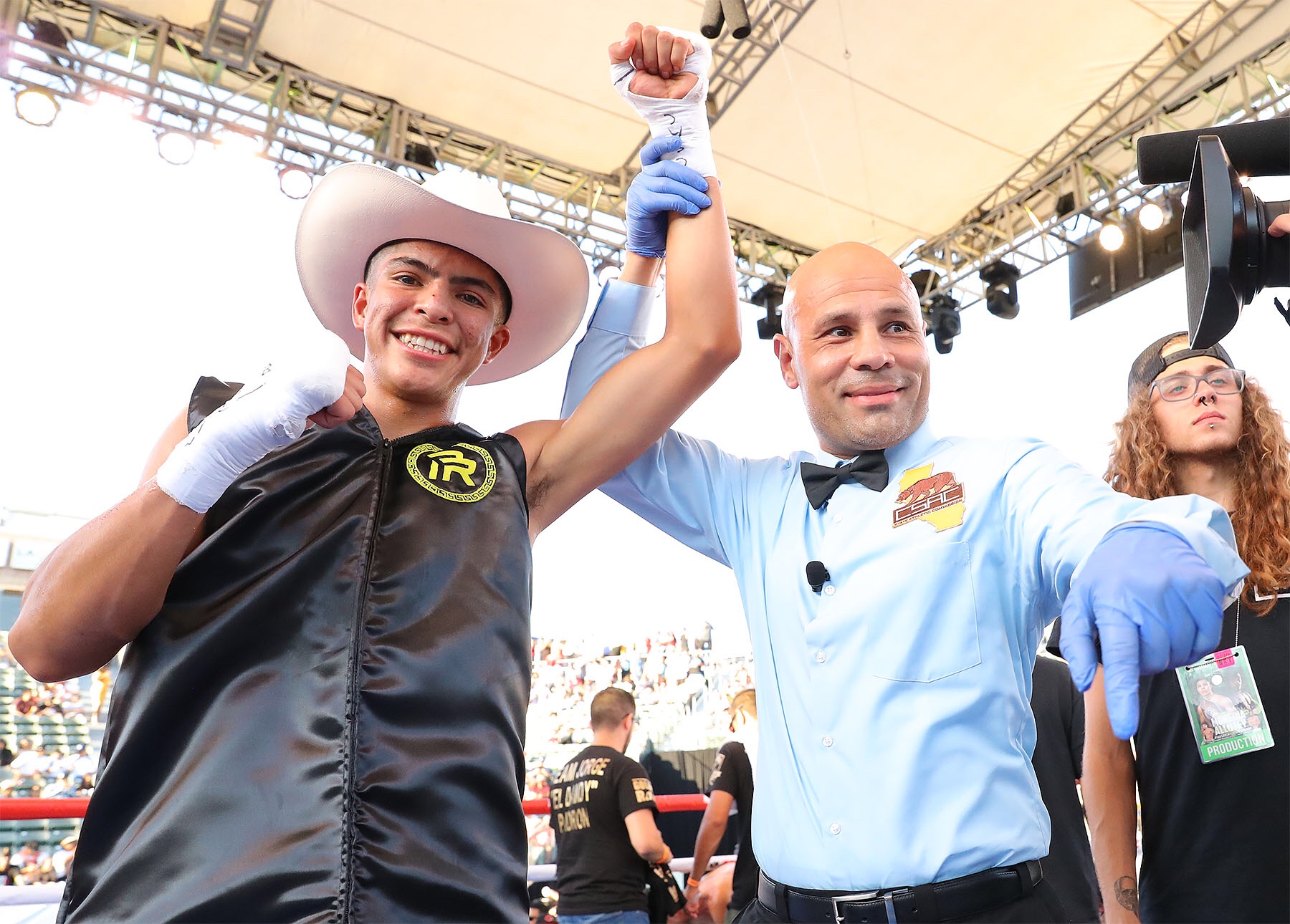 Alejandro “Pin Pon” Reyes (1-0, 1 KO) of Mexicali, Mexico defeated Jorge Padron (3-5, 3 KOs) of Sonora, Mexico via knockout in the second round of a lightweight bout originally slated for four rounds. Reyes won with a time of 1:55 of the aforementioned with a sudden and vicious body shot.
“I feel really proud and happy right now for the work that we accomplished here with our team,” said Alejandro Reyes. 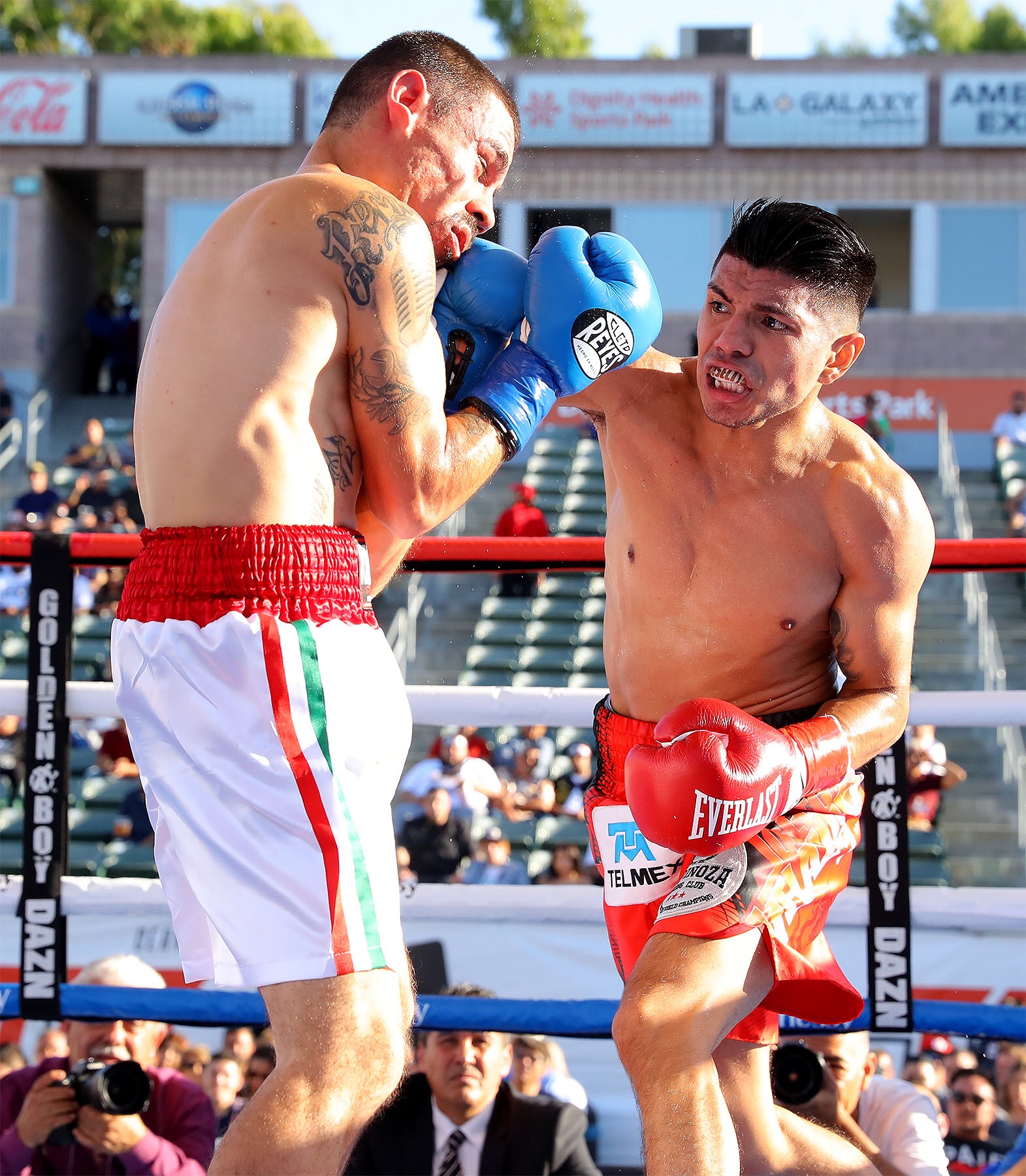 Joselito Velazquez (11-0, 9 KOs) of Cancun, Mexico scored a fourth-round knockout win against Francisco Bonilla (6-7-3, 3 KOs) of Chihuahua, Mexico in an eight-round lightweight battle. Velazquez won with a time of 2:54 of the aforementioned round.
“I feel really happy and blessed,” said Joselito Velazquez.“The truth is that this is a dream come true to fight here, and the way that the fight went with a difficult opponent who took my punches. He made me work at 100%. I’m going home really happy to celebrate Mexican Independence Day.” 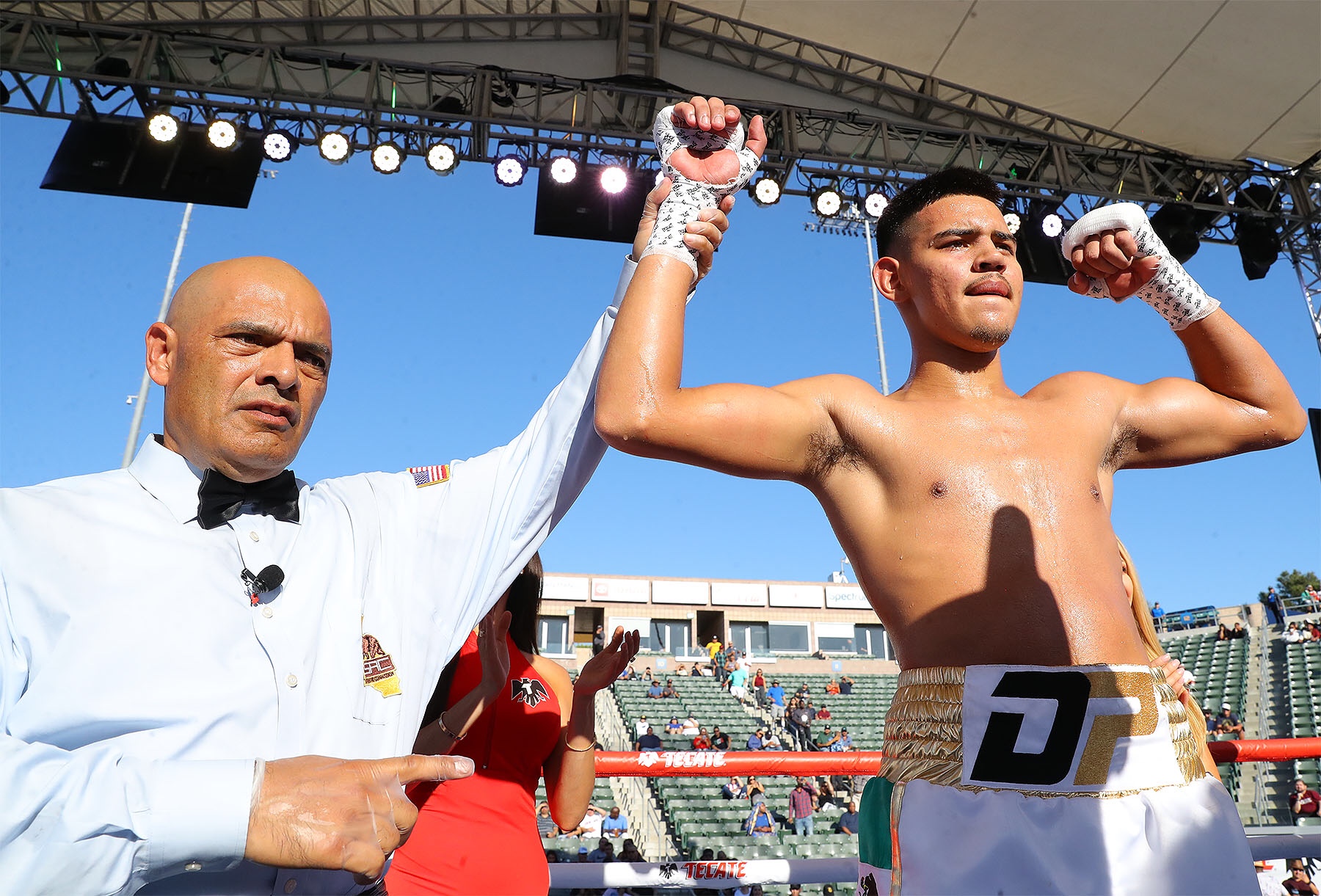 Diego Pacheco (6-0, 5 KOs) of Los Angeles, Calif defeated Terry Fernandez (2-1, 2 KOs) of Oakland, Calif. via knockout in the third round of a super middleweight fight originally scheduled for four rounds. Pacheco won with the time of 0:41 in the aforementioned round.
“I feel really good fighting back in my hometown,” saidDiego Pacheco. “People here cheering me on. It’s a great feeling. During the fight, I felt really good. This guy was tough, you know, he was eating up all the punches, but I was able to get him on the third round.”
Munguia vs. Allotey was a 12-round fight for the WBO Junior Middleweight Championship presented by Golden Boy in association with Zanfer Promotions. The event was sponsored by Tecate, “THE OFFICIAL BEER OF BOXING,”Hennessy “Never Stop. Never Settle,” and Orange Crush. The event took place Saturday, Sept. 14 at Dignity Health Sports Park and was streamed live on DAZN.