LOS ANGELES, CALIF. (July 31, 2019): Former world title challenger Antonio “Relentless” Orozco (28-1, 17 KOs) of San Diego, Calif. discussed the importance of experience as he prepares to invade enemy territory in his 12-round fight against hometown hero Vergil Ortiz Jr. (13-0, 13 KOs) for the WBA Gold Welterweight Title. The event, which features a stacked undercard, will take place on Saturday, Aug. 10 at The Theatre at Grand Prairie in Texas and will be streamed live on DAZN.
Below is Orozco had to say at a recent visit to the Maywood Boxing Club in Southern California, where he spent many days sparring during camp:
ANTONIO OROZCO, Former World Title Challenger: 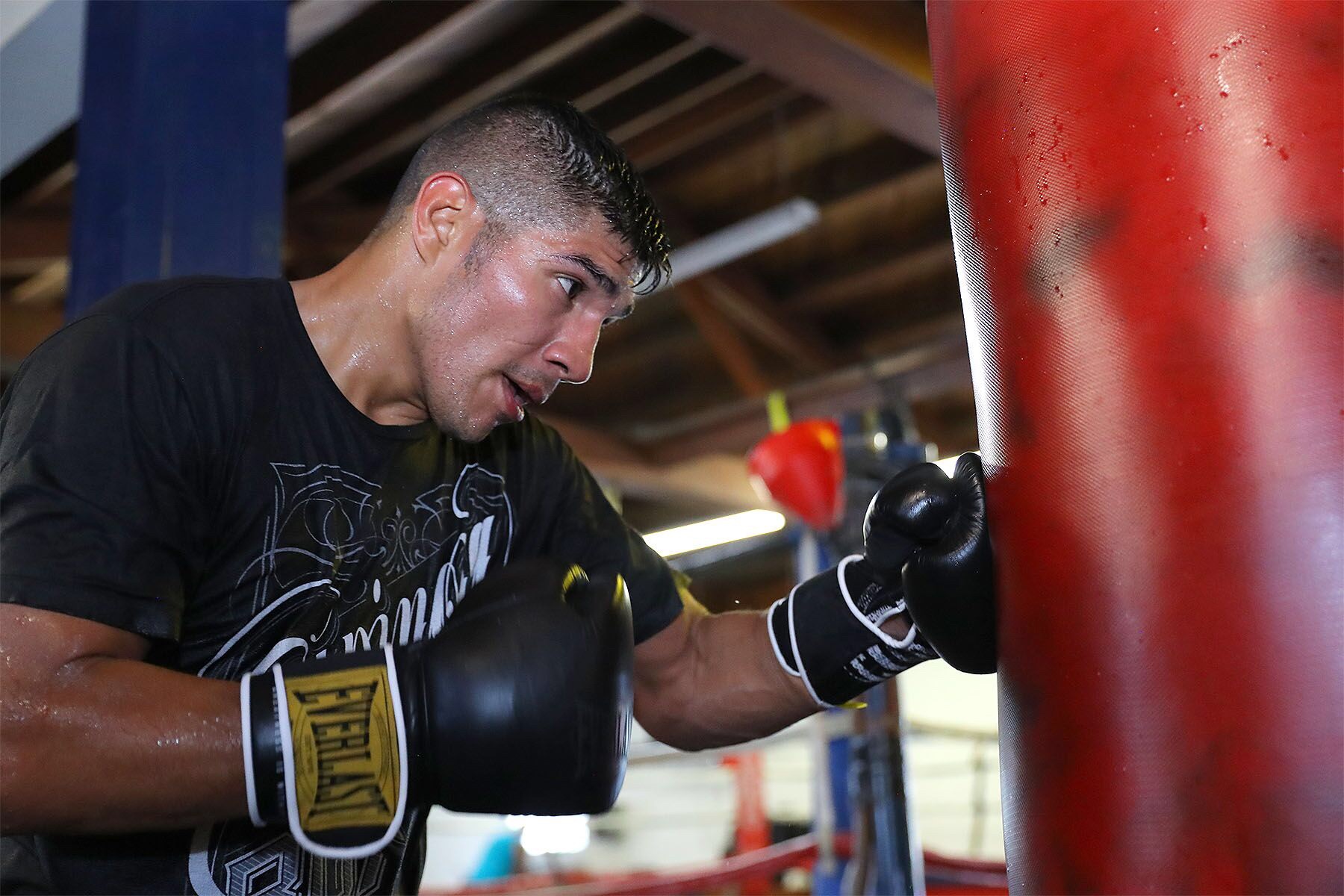 PHOTOS BY: TOM HOGAN FOR GOLDEN BOY PROMOTIONS
“When the fight was presented, I thought it would be one hell of a fight because of the type of fighter that I am, and the type of fighter Vergil Ortiz is. This is a fight that pretty much sells itself. Going to a fighter’s hometown is a situation that I’ve been in before when I fought for a world title. I went in there determined to win. For this particular fight, I have the same determination, but I’m looking for a different outcome. I just want to win; I need a big win.”
“Because he is young, you can see that Vergil is a fighter that wants to put on a show. That’s a big danger in any fight, and it’s something you have to look out for. Vergil is just that type of fighter, very exciting, aggressive. We have to be ready for that. I know that he’s never been past the fourth or fifth round but can’t just rely on that. We have to make our fight. These are just statistics, facts that are put out there. Once we’re up in the ring, the scenarios can change.” 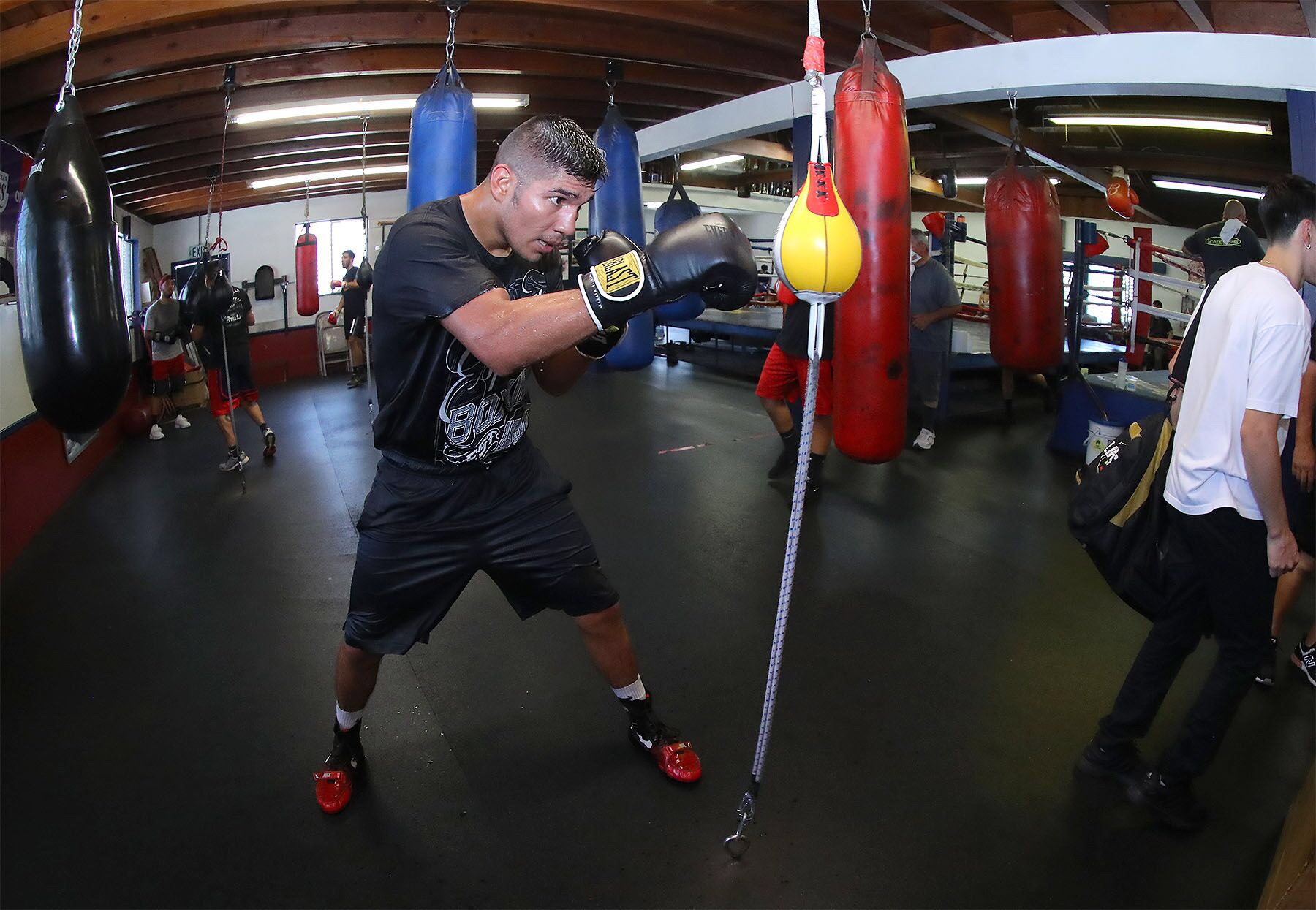 “From my defeat last year, I learned to be patient. Sometimes it won’t be an all-out brawl. We’re learning how to control the pace. This is a fight where we’re looking to control the distance and take it into the later rounds. Every fight is a learning experience, not just in my loss to Jose Ramirez, but from previous fights as well. There’s always something to learn, but obviously staying composed is very important.”
“On August 10, I’ll come with a lot of experience, but I’m just not counting on that. This is boxing, and anything can happen. Every fighter has his flaws and every fighter has his strengths. So, we’re just going to have to stay really focused on what corrections we may have to do during the fight. That’s how we’re going to approach the fight.” 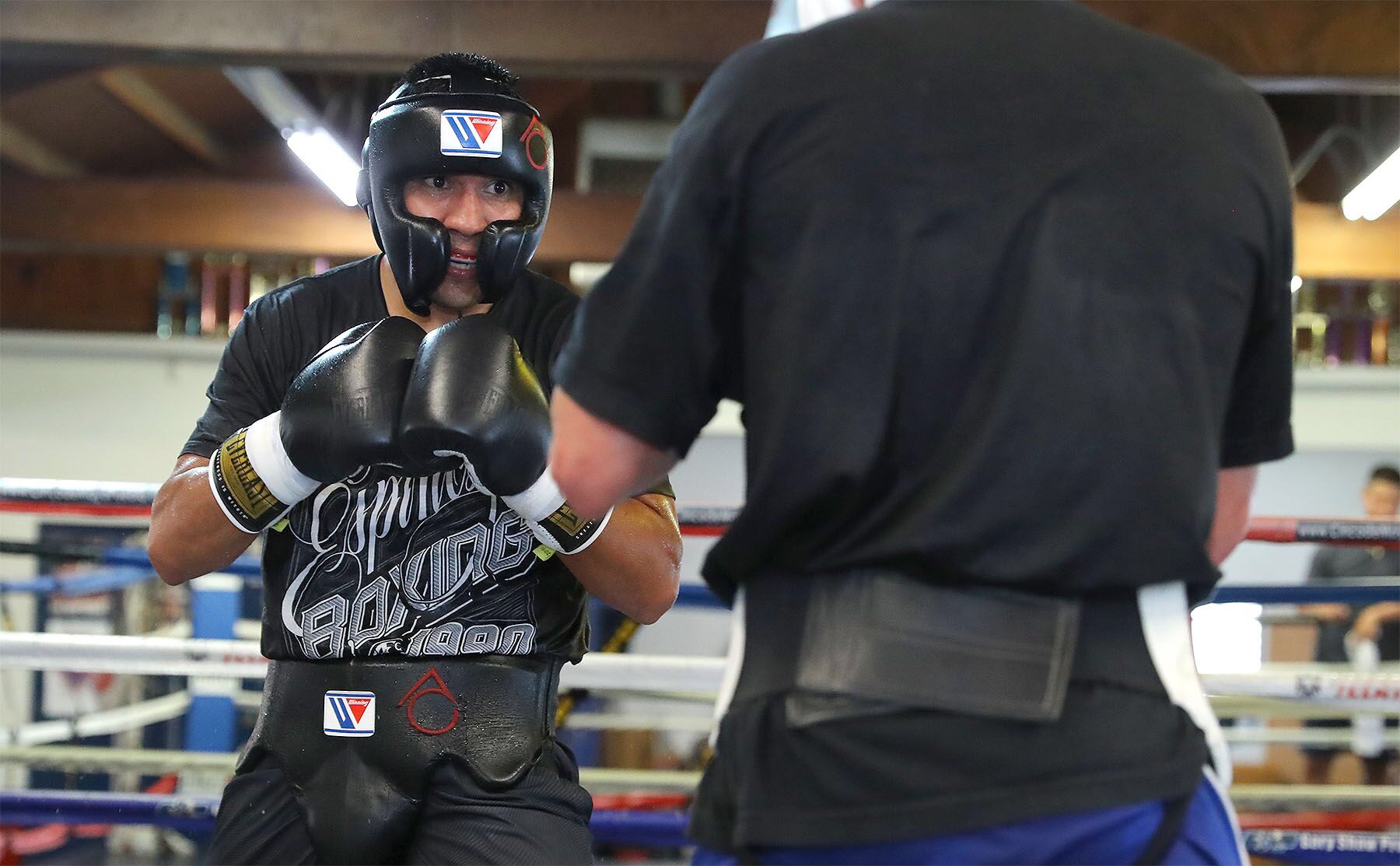 “For this fight, I’ll be fighting in a new weight division. I think there’s a lot more opportunities at 147 pounds. We’re going to work for a victory, and we’re going to sit down and see what our options are after. With a big fight, plenty of doors can open, especially since it’s against a fighter of this caliber.”
“Going into somebody’s backyard is no easy task. We just have to be prepared to the best of our abilities and expect a very strong fighter that night. After the Ramirez fight, I think found out exactly what I’m about. I faced a champion like Ramirez, and I pushed myself until finished the fight. I think that speaks a lot about myself. We’re going to bring that same passion on August 10.”
“Come August 10, the fans can expect an explosive fight. Like I mentioned before this fight sold itself. The styles that myself and Ortiz have will give the fans what they want, which is fireworks.”