LOS ANGELES (July 23, 2019): Golden Boy is proud to announce the signing of major talent from the smallest and biggest weight divisions in boxing as WBC Minimumweight World Champion Chayaphon Moonsri (53-0, 18 KOs) and Olympic heavyweight Mihai Nistor have joined the Golden Boy family.
Moonsri is a 33-year-old native of Maha Sarakhm, Thailand who made his professional debut in January 2007. In his third fight, he captured the WBC Youth Minimumweight Title and captured two additional regional titles within the following five years. In November 2014, Moonsri won the WBC Minimumweight World Title, a prestigious belt held by the likes of Xiong Chaozhong (China’s first world champion) and perhaps its most popular holder, Mexican legend Ricardo “El Finito” Lopez. Since then, Moonsri has defended his title over 10 times and has developed an impressive 53-0 record, becoming one of the biggest stars in Thailand. Now he plans to continue his reign in the United States, the capital of professional boxing. 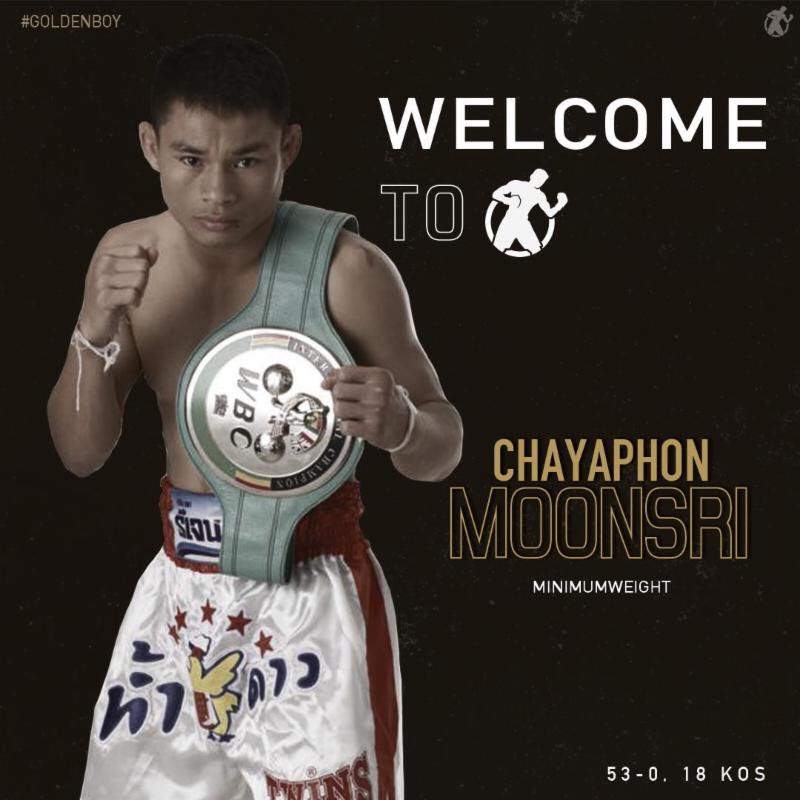 “I am very delighted that the Golden Boy has given me the opportunity to get more exposure overseas,” said Chayaphon Moonsri. “I felt really excited when I learned that I would fight abroad. It will be my very first time fighting outside my home country. This will not only be to prove myself but also to make the world know and recognize me as the great world champion in this division.”
Nistor is a 28-year-old southpaw of Erbiceni, Romania who boasts a tremendous amateur background. Nistor began boxing at the age of 16 and developed an impressive resume that includes several national and international titles. He also participated in the 2016 Olympics in Brazil. Nistor’s most significant victory came in the 2011 European Amateur Championships when he stopped Anthony Joshua in the third round of their fight. Nistor is ready to make his professional debut under the Golden Boy banner and plans to conquer the division. 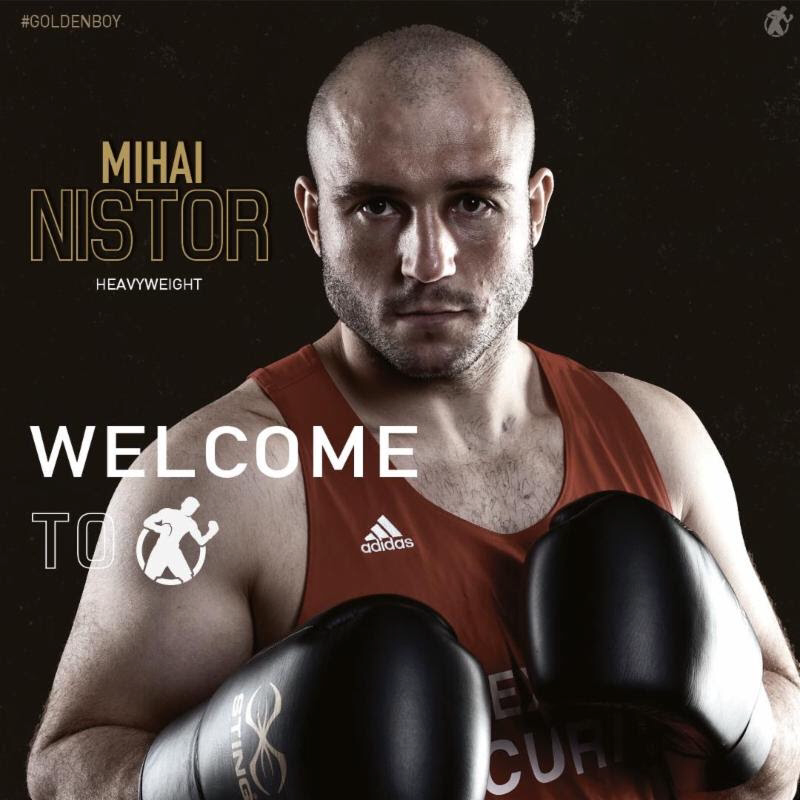 “I am honored to be working with Golden Boy as a professional boxer,” said Mihai Nistor. “As its first Romanian heavyweight boxer, this partnership will give me the opportunity to demonstrate my expert boxing skills. I am confident that I will capture all the world titles. Stay tuned!”
“We want to make waves at all divisions in this great sport,” said Oscar De La Hoya, Chairman and CEO of Golden Boy. “Chayaphon Moonsri is a great champion with an impressive 53-0 record that’s unmatched in the sport. I expect him to make exciting fights the way Ricardo Lopez did in his time defending the same title and in the same division. With Mihai Nistor, we have a fighter who stopped Anthony Joshua in the amateurs years before his upset loss to Andy Ruiz Jr. That should be enough to indicate to everyone that this Romanian standout will be a force in the heavyweight division.”
About Golden Boy

Los Angeles-based Golden Boy was established in 2002 by Oscar De La Hoya, the first Hispanic to own a national boxing promotional company. Golden Boy is a media and entertainment brand committed to making fighting entertainment more accessible and affordable. The company’s in-house production team develops creative original programming for ESPN, RingTV.com and international channels across the globe. The company holds the exclusive rights to top boxers and has promoted some of the biggest and highest grossing events in the history of the sport. Now, Golden Boy is one of the most successful boxing entertainment companies in the world and shapes the future of boxing for fighters and fans alike through its 2019 partnership with streaming platform, DAZN.