“Beltran showed why he was a champion. He’s a great fighter who showed it against me tonight,” Commey said. “I was happy to get the job done and defend my title for the first time.

“It looks like Teofimo Lopez is next, but he has a job to do first.” 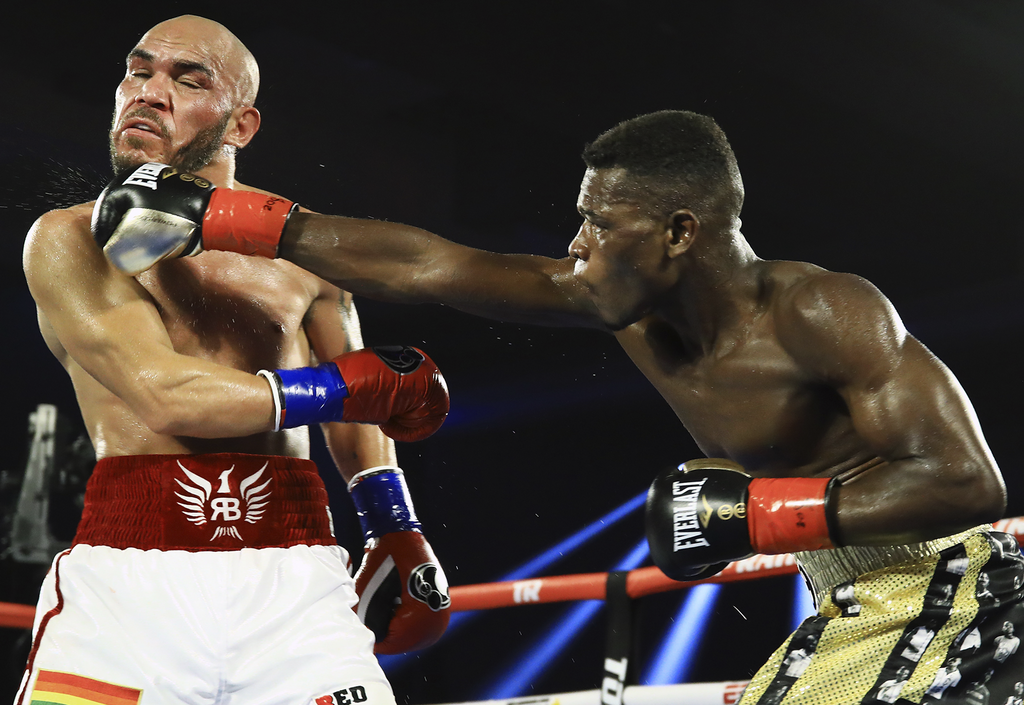 It was all Commey (29-2, 26 KOs) from the opening bell, as the native of Accra, Ghana, knocked Beltran (36-9-1, 22 KOs) down a pair of times in the opening stanza and had him pinned against the ropes when the bell sounded to end the round.

Beltran had his moments in the fight and even appeared to hurt Commey on a few occasions, but Commey proved to be resilient and finished Beltran off with a furious combination. Beltran rose to his feet, but the referee waved the fight off.

Carlos “Caballo Bronco” Adames pressed the action and landed the harder punches, ultimately coming away with a 10-round unanimous decision over Patrick Day to retain his NABF and NABO super welterweight titles. 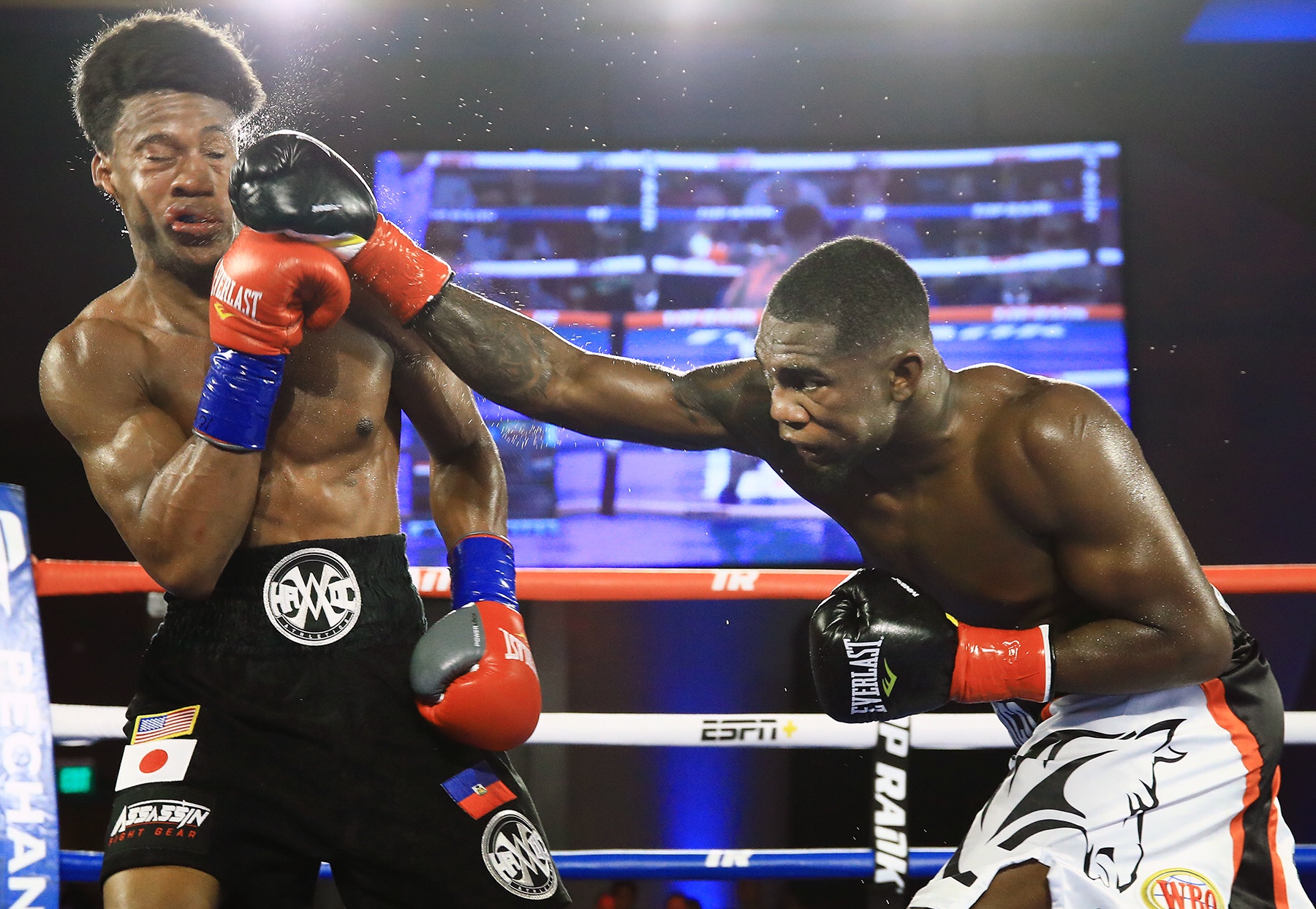 Adames, who had knocked out three straight opponents coming into the fight, now has his sights set on a world title shot. 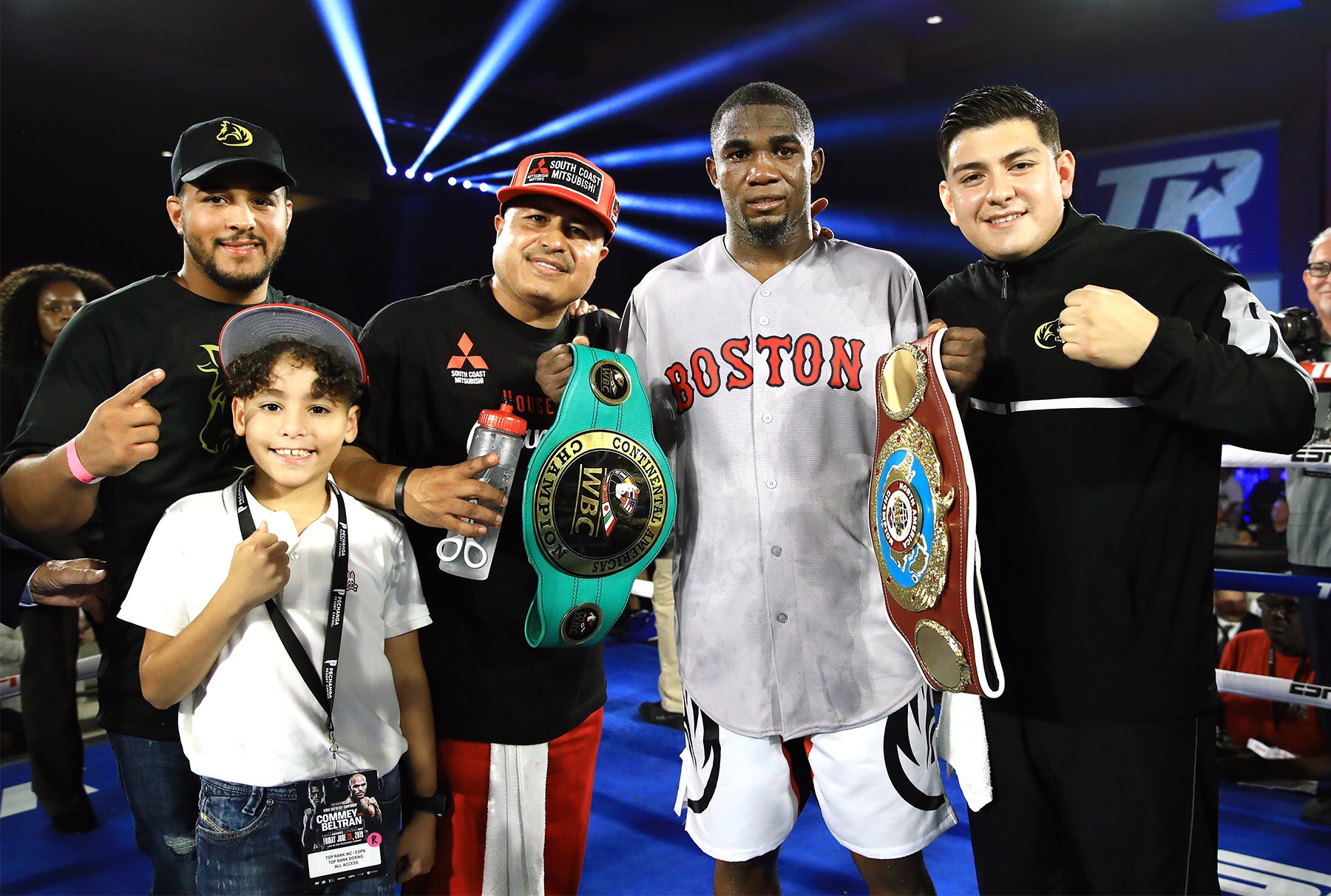 “Tonight was about getting work in. I listened to my coach, Robert Garcia,” Adames said. “This was my second fight with him, and it was about getting good rounds, and we did that. In the 10th round, he told me he was ready to go. If I had one more minute I think I would’ve finished him, but in the end, I think it was a very good performance on my behalf.” 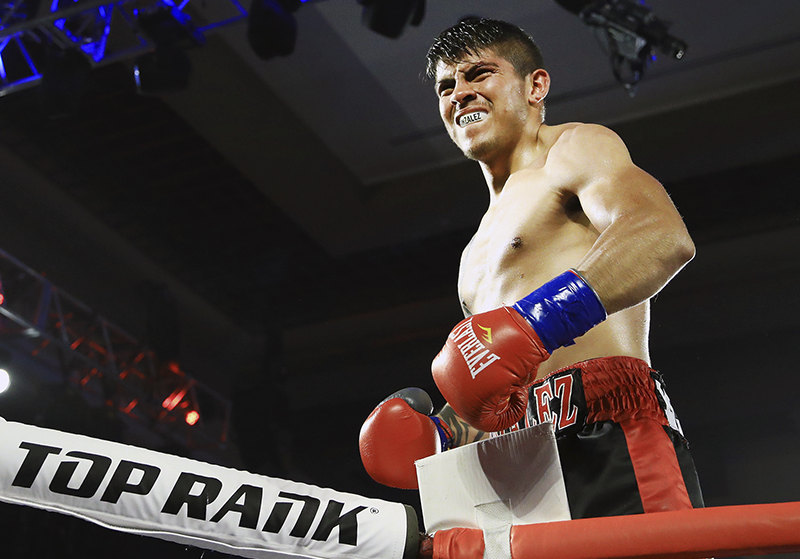 — In a shocking upset, Miguel Angel Gonzalez (25-4, 22 KOs) knocked out the previously undefeated Saul “Neno” Rodriguez (23-1-1, 17 KOs) with a single left hook in the third round of a scheduled 10-round super featherweight bout. Gonzalez had previously knocked down Rodriguez with a left hook in the opening seconds of the first round.

— Lightweight prospect Raymond Muratalla (8-0, 6 KOs) knocked out Agustine Mauras (6-6-3, 3 KOs) in the opening round of a scheduled six-rounder. 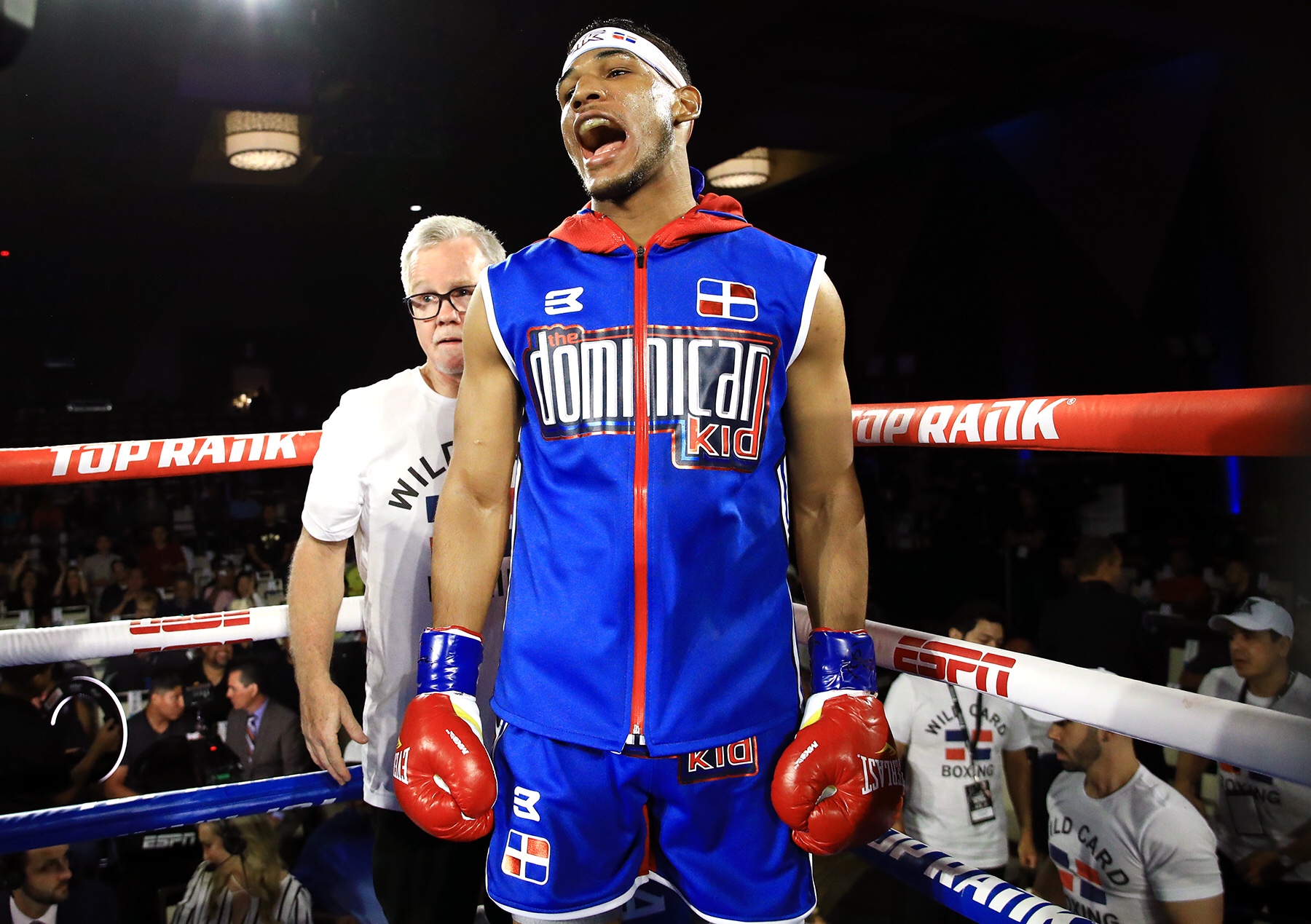 — It appeared as if Elvis Rodriguez (2-0-1, 2 KOs) was on his way to victory, but an accidental head clash in the first round opened up a large gash on the forehead of Joaquin Chavez (9-18-4, 2 KOs), and the super lightweight bout was ruled a technical draw. 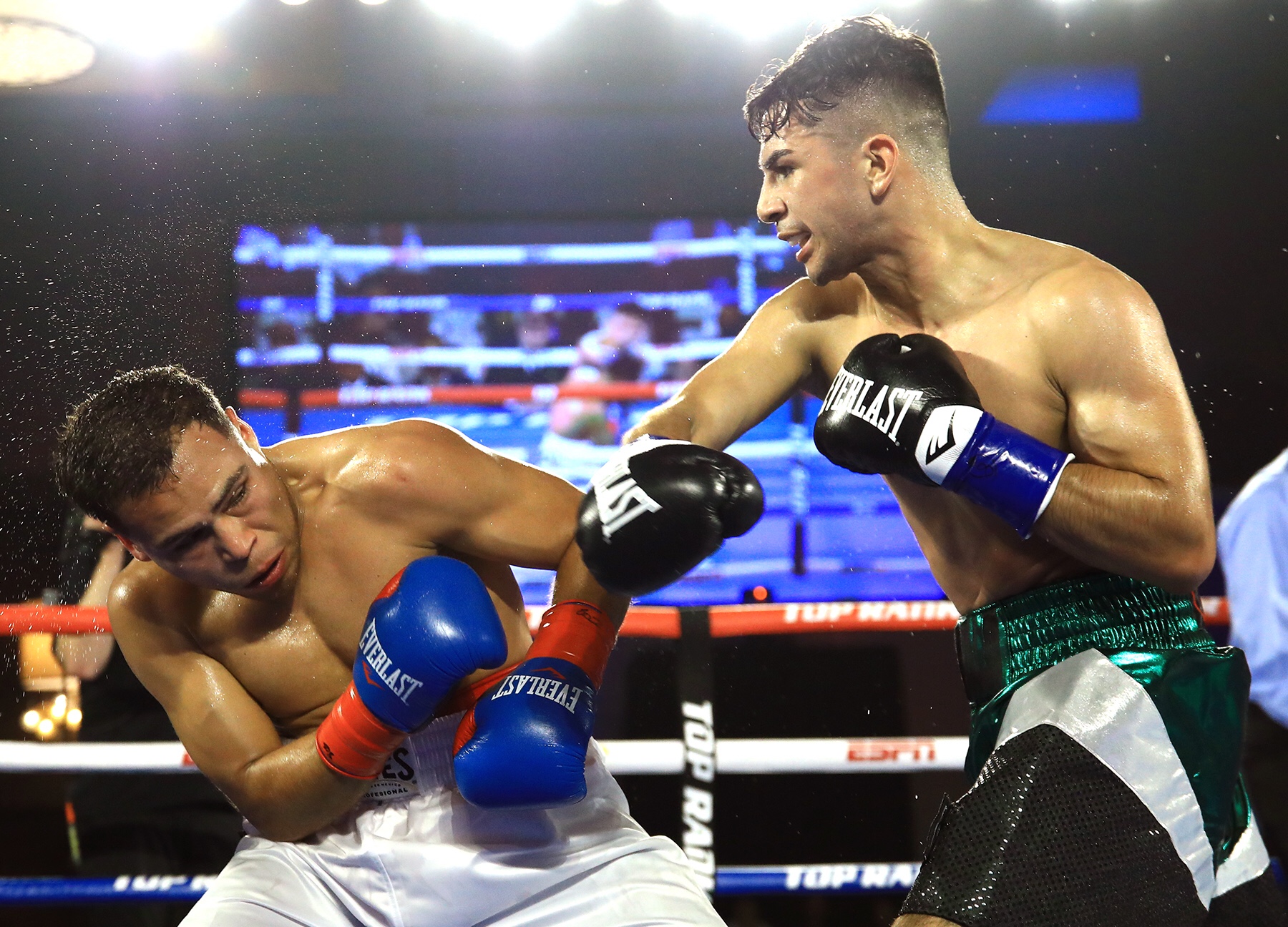 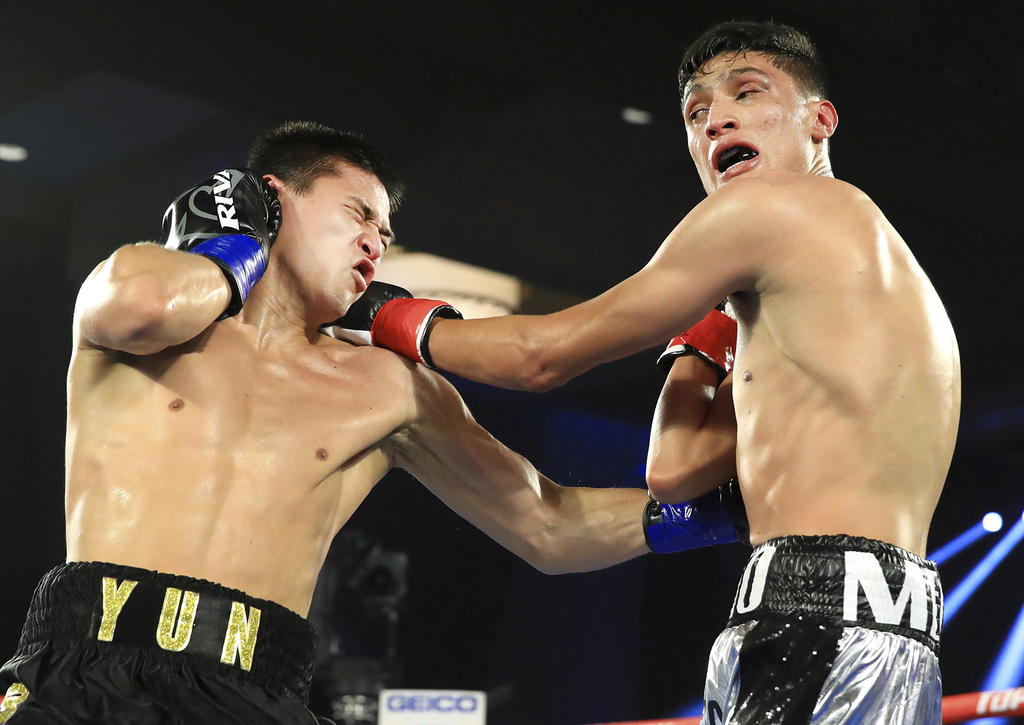 — Dmitry Yun’s professional debut was a triumphant one, as he prevailed via four-round unanimous decision over Jose Antonio Meza (6-4, 1 KO) in a lightweight contest. All three judges scored it 39-36. 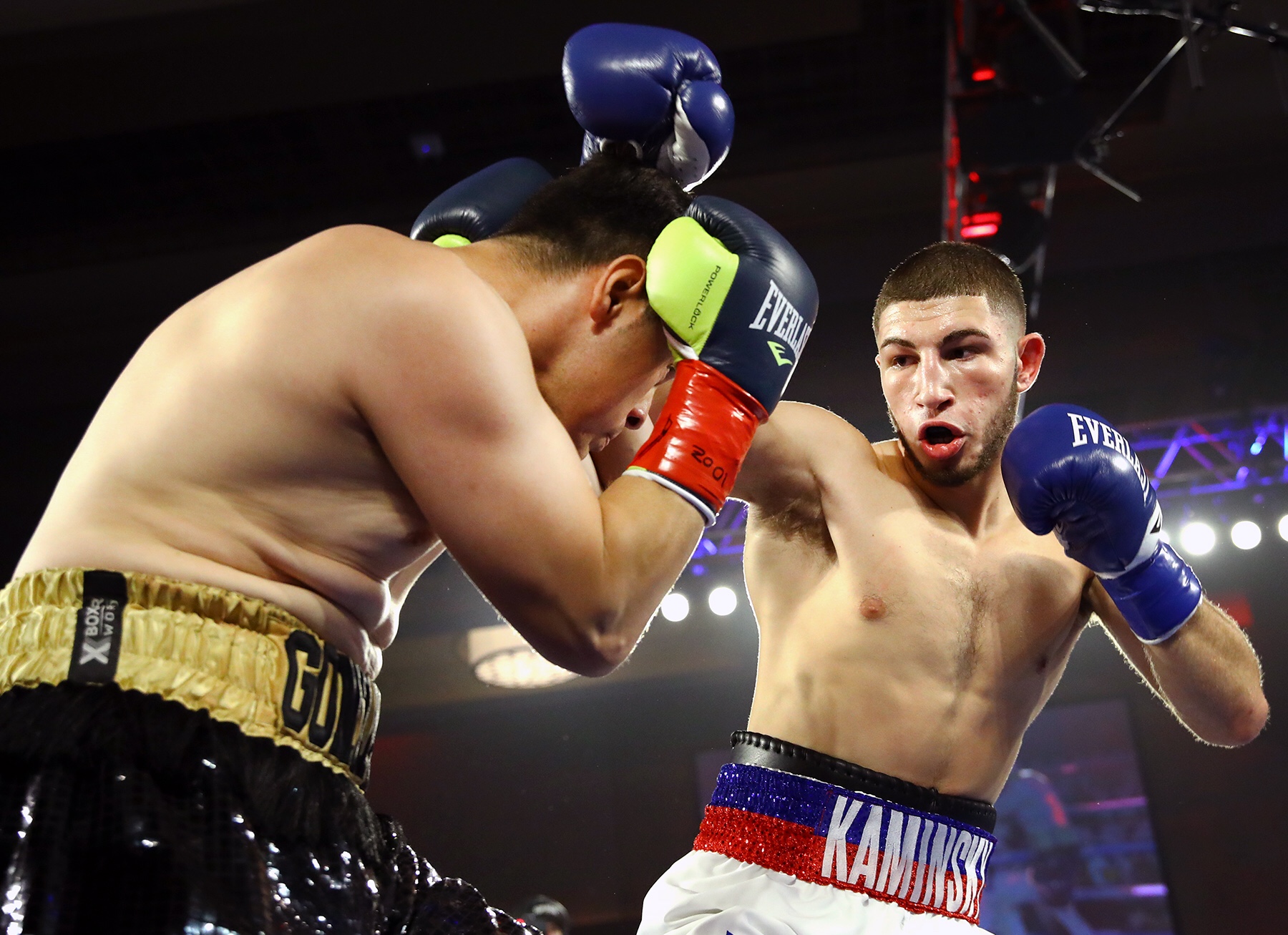