ATLANTIC CITY, N.J. (June 20, 2019): Middleweight contenders D’Mitrius “Big Meech” Ballard (20-0, 13 KOs) of Temple Hills, Maryland and Elias “Latin Kid” Espadas (18-5, 13 KOs) Yucatan, Mexico fought to a no decision in the third round due to a cut caused by an accidental head-butt in the 10-round main event of the June 20 edition of Golden Boy Fight Night on Facebook Watch at Ocean Casino Resort/Ovation Hall in Atlantic City, N.J. The event was streamed live globally on Facebook Watch via the Golden Boy Fight Night Page.
“I felt like the fight could’ve went on,” said D’mitrius Ballard. “I’m not the judge. I’m not the doctor. He decided to stop the fight, so I just have to live with the decision and move forward.” 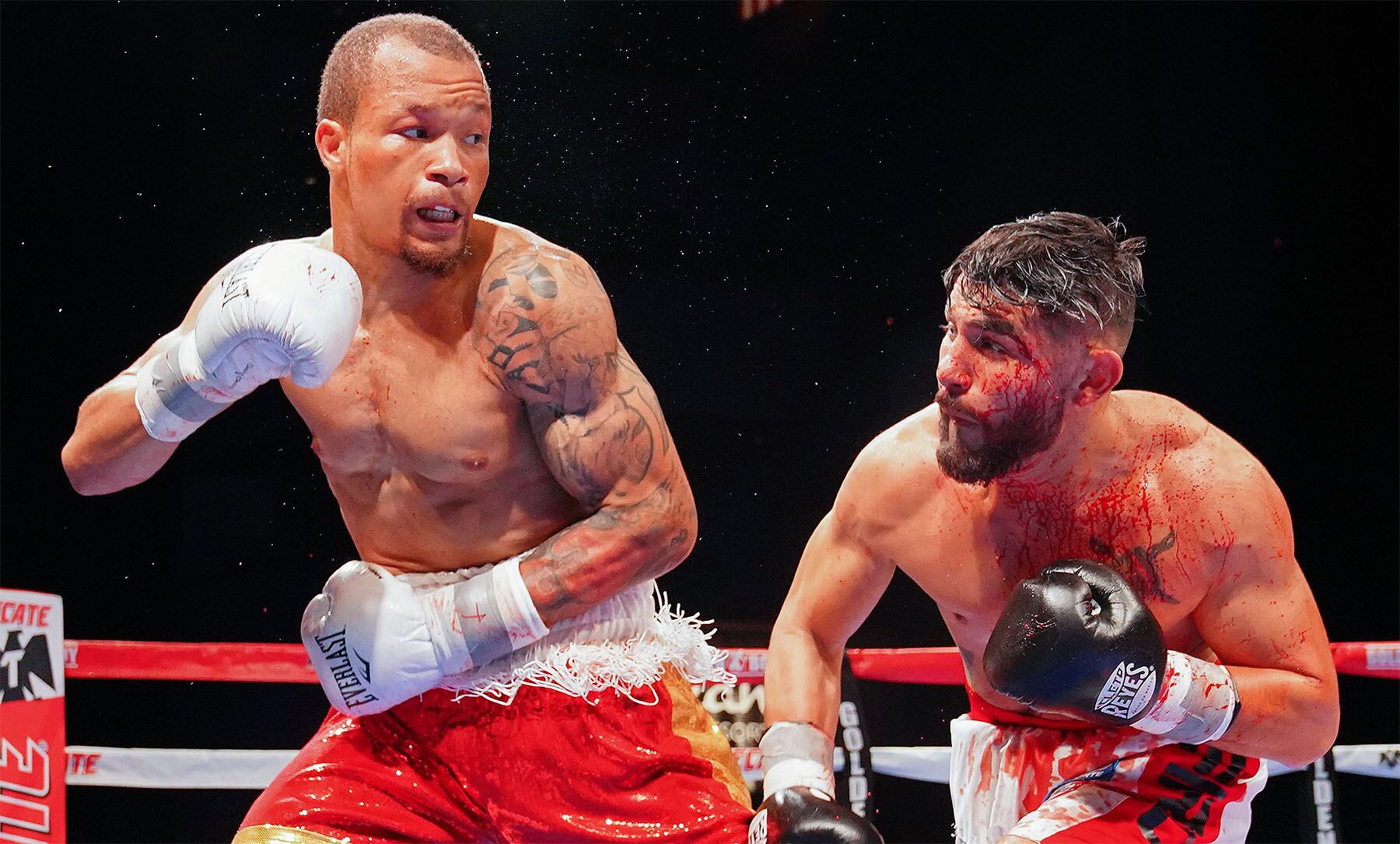 Photos From: Jeff Fusco By Hogan Photos For Golden Boy
“If I don’t fight Espadas in the next fight, I want to do a rematch for a belt. This is my first time fighting at 160, and I feel good and strong. I’m confident in my abilities, and there are a lot of great fighters at 160. I’m here to take my claim in the ring.”
“I respect any man that comes into that ring. We are battling for our lives on that ring. Espadas is a tough fighter; he is a good quality opponent and a real quality fighter. I’m sure he will be back after this and I have much respect for him.”
“I knew this was a hard and complicated fight, but my team did a great job,” said Elias Espadas. “I think we are doing things correctly. I would love to get better, continue to train hard and my team will decide if we do a rematch with Ballard.”
Eddie “E-Boy” Gomez (23-3, 12 KOs) of the Bronx, New York defeated Saul Corral (30-14, 20 KOs) of Douglas, Arizona via knockout in the second round of a welterweight fight originally scheduled for ten rounds. Gomez won with time of 1:55 of the aforementioned round. 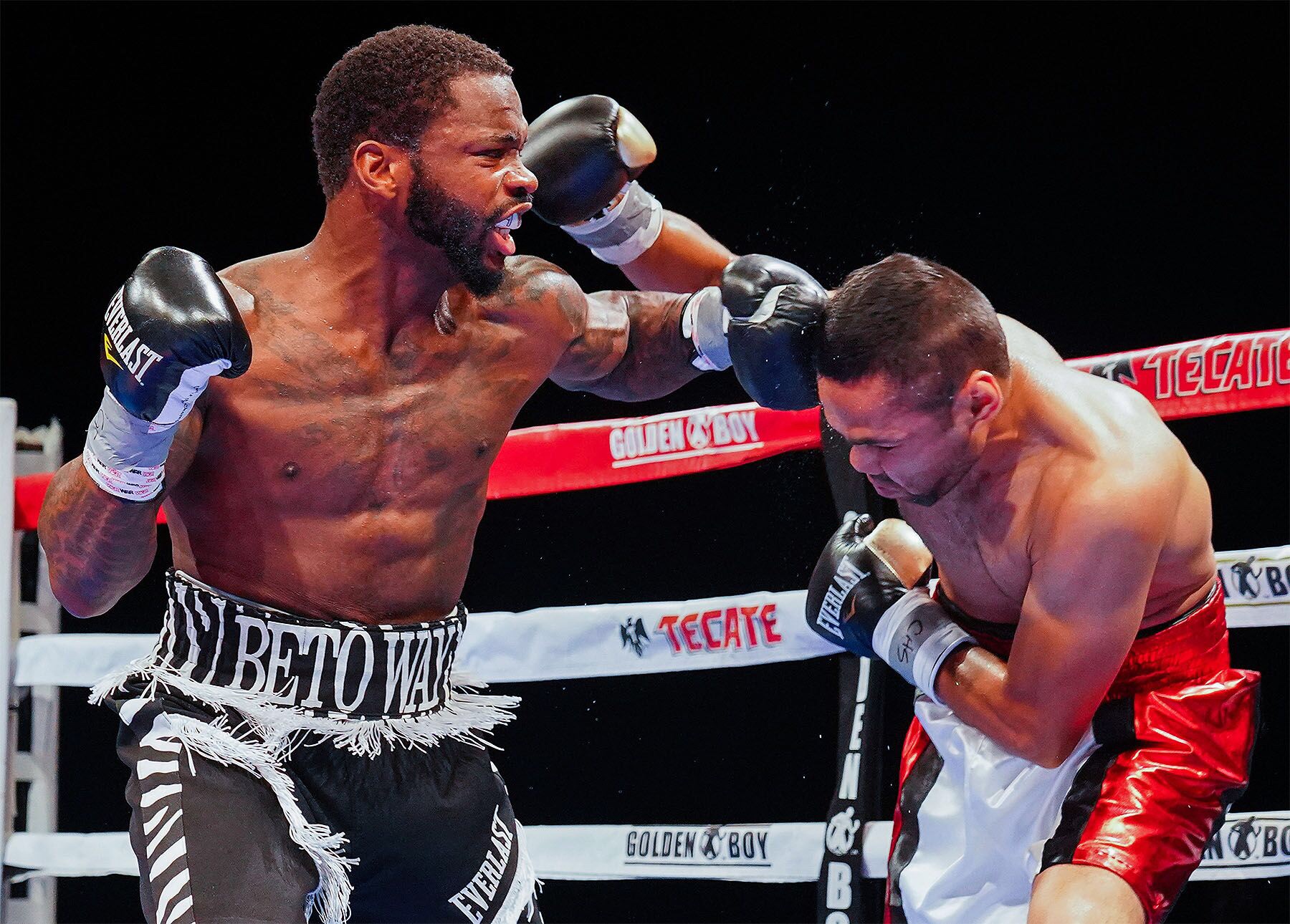 “It was a great fight,” said Eddie Gomez. “We have a great team. I worked hard and it showed tonight. My opponent was a tough fighter, and we knew he was tough coming in. I just knew I had to do my job.”
Franchon “The Heavy-Hitting Diva” Crews-Dezurn (5-1, 2 KOs) of Norfolk, Maryland stopped Kayla Williams (0-3-1) of New Iberia, Louisiana in the fifth round of a super middleweight battle originally slated for eight rounds. Crews won via TKO with time of 1:40 of the round just mentioned. 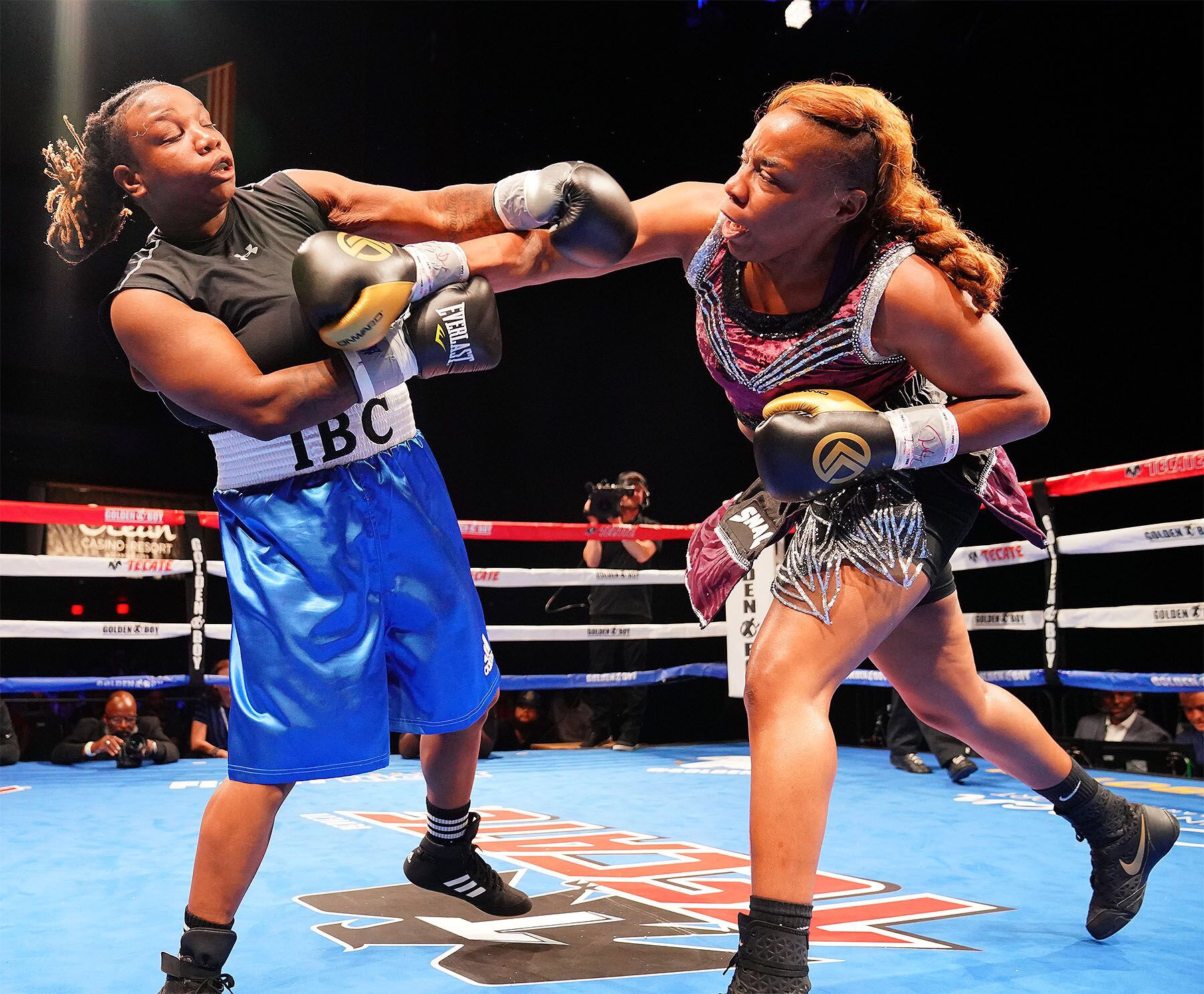 “Thank you so much Golden Boy for letting me fight on this show,” said Franchon Crews.“I hope the fans enjoyed it. Every time I come, I’m going to bring action, and I’m just going to fight because I’m fighting for my dreams. My opponent definitely brought it to the ring, and she is a tough cookie; I appreciate her for taking the fight.”
Gabriel Pham (11-1, 5 KOs) of Atlantic City, New Jersey defeated Jaba Khositashvili (4-1, 2 KOs) of Philadelphia, Pennsylvania via unanimous decision in a six-round super middleweight fight. Pham won with scores of 54-59, 53-60, and 54-59. 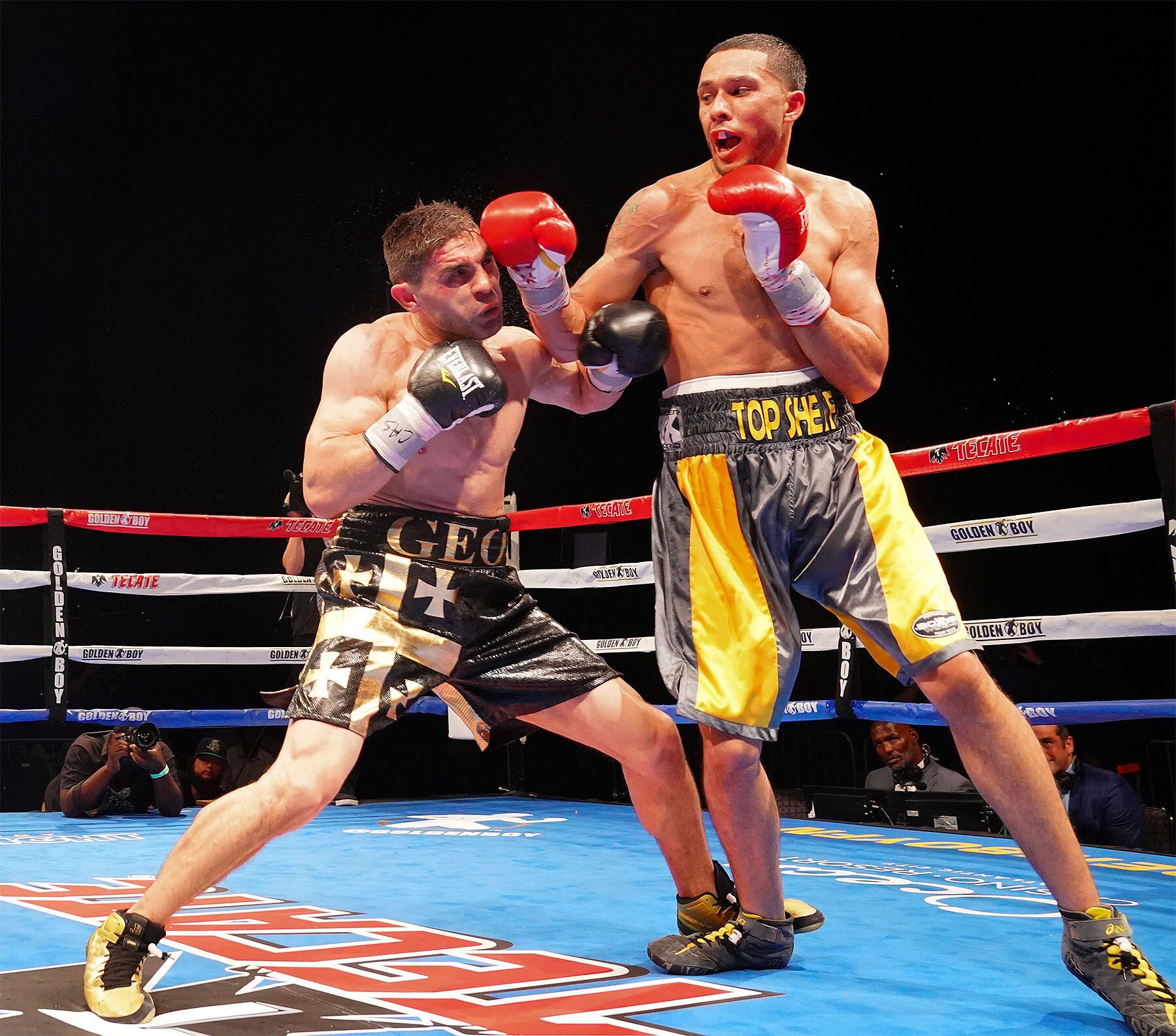 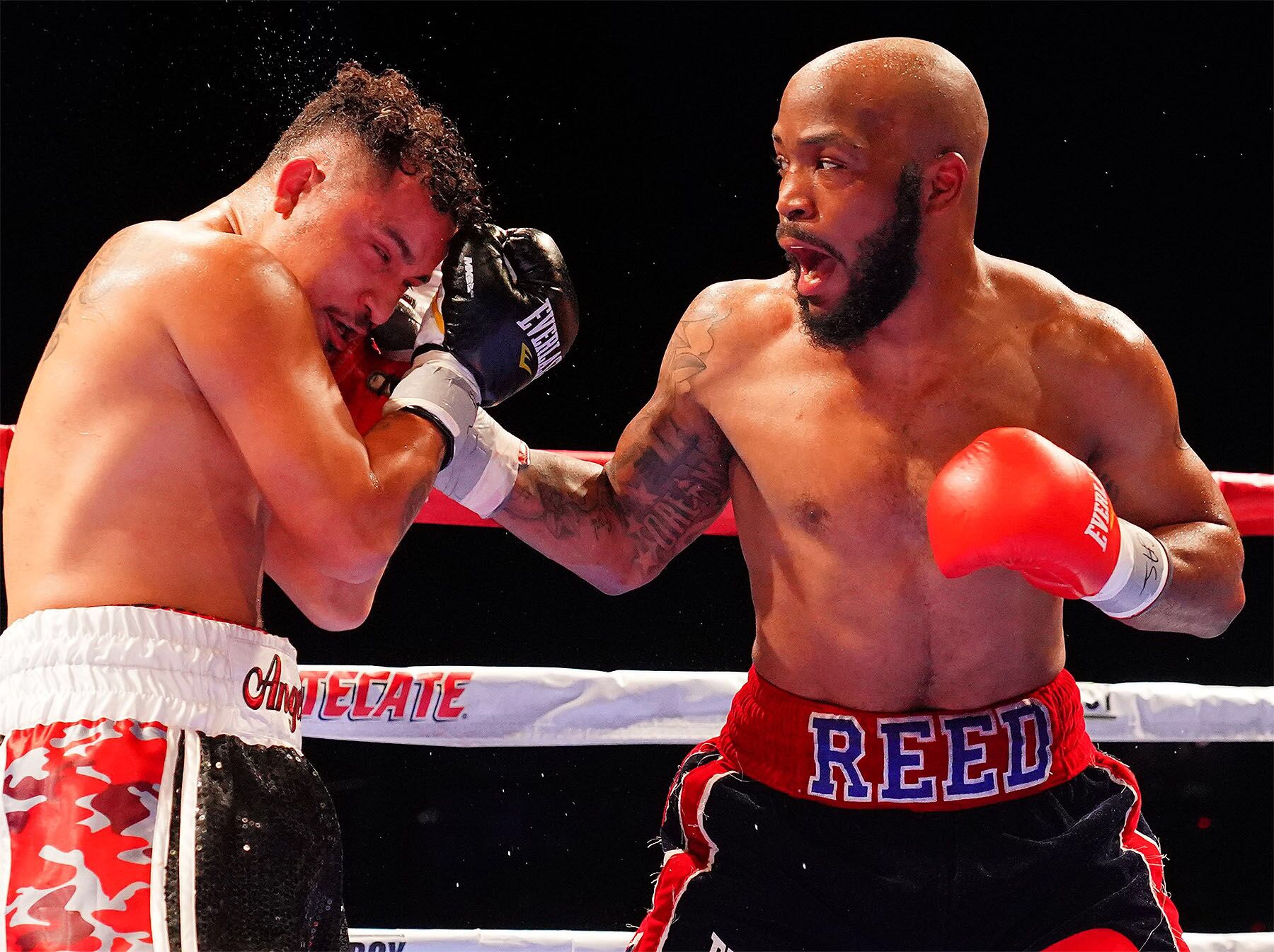 “This was a very tough fight, exactly what I needed right now,” said Mike Reed. “I’m looking for the world title at 135 or 140. I feel really good.”
George Rincon (7-0, 4 KOs) of Dallas, Texas stopped Greg Young (4-2, 1 KO) of Hoover, Alabama in the fourth round via knockout in a welterweight clash originally scheduled for six rounds. Rincon won with time of 2:01 of the aforementioned round. 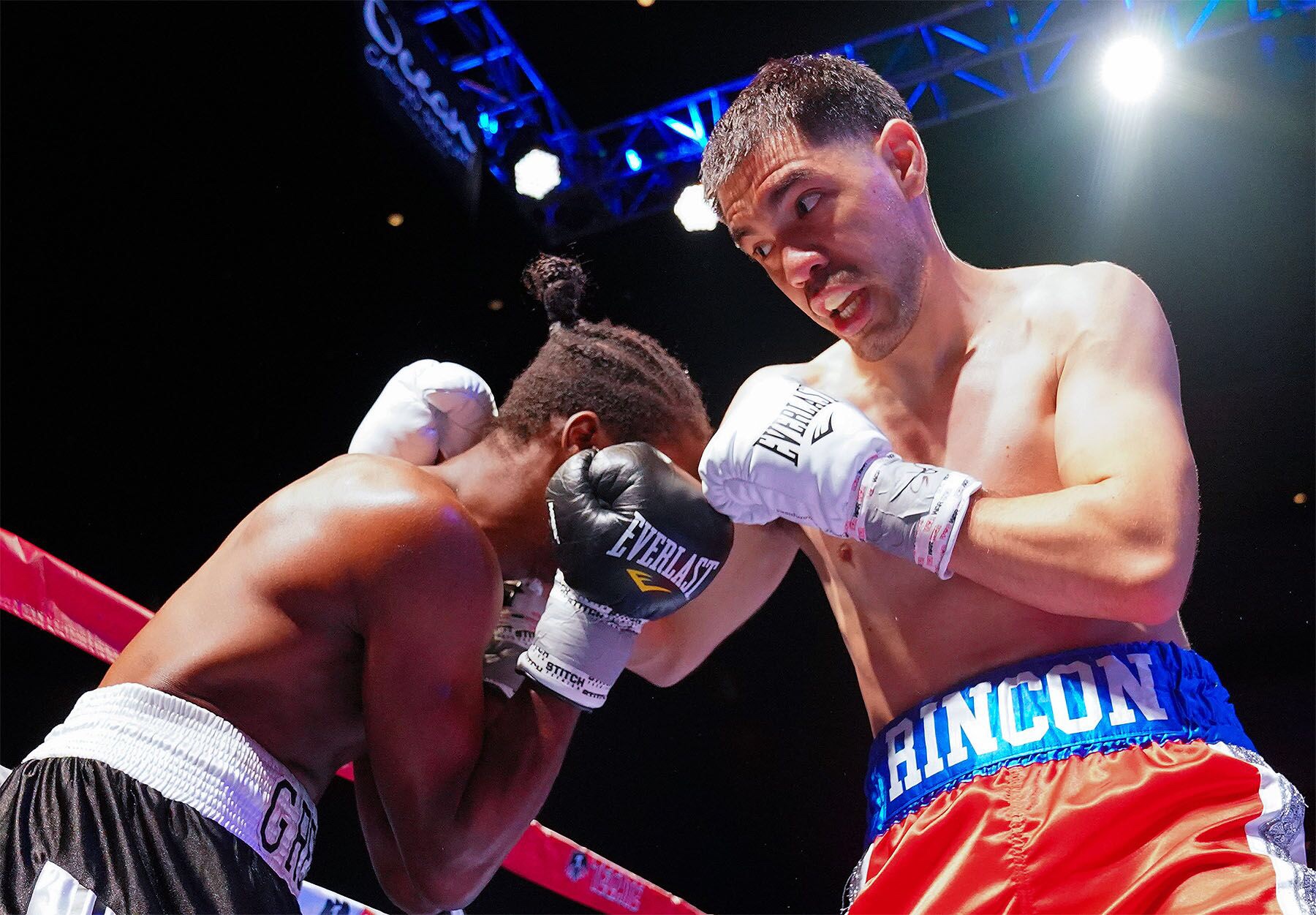 “I started strong and I thought I got him on the first round,” said George Rincon. “I was a little anxious to finish, but it was a great fight. I learn with each fight and I’m ready for the next one.”
Dan Murray (5-2) of Barnegat, New Jersey defeated Leonardo Kenon (3-6, 1 KO) of Quincy, Florida via unanimous decision in a four-round super lightweight fight. Murray won with scores of 40-36, 39-37, and 40-36. 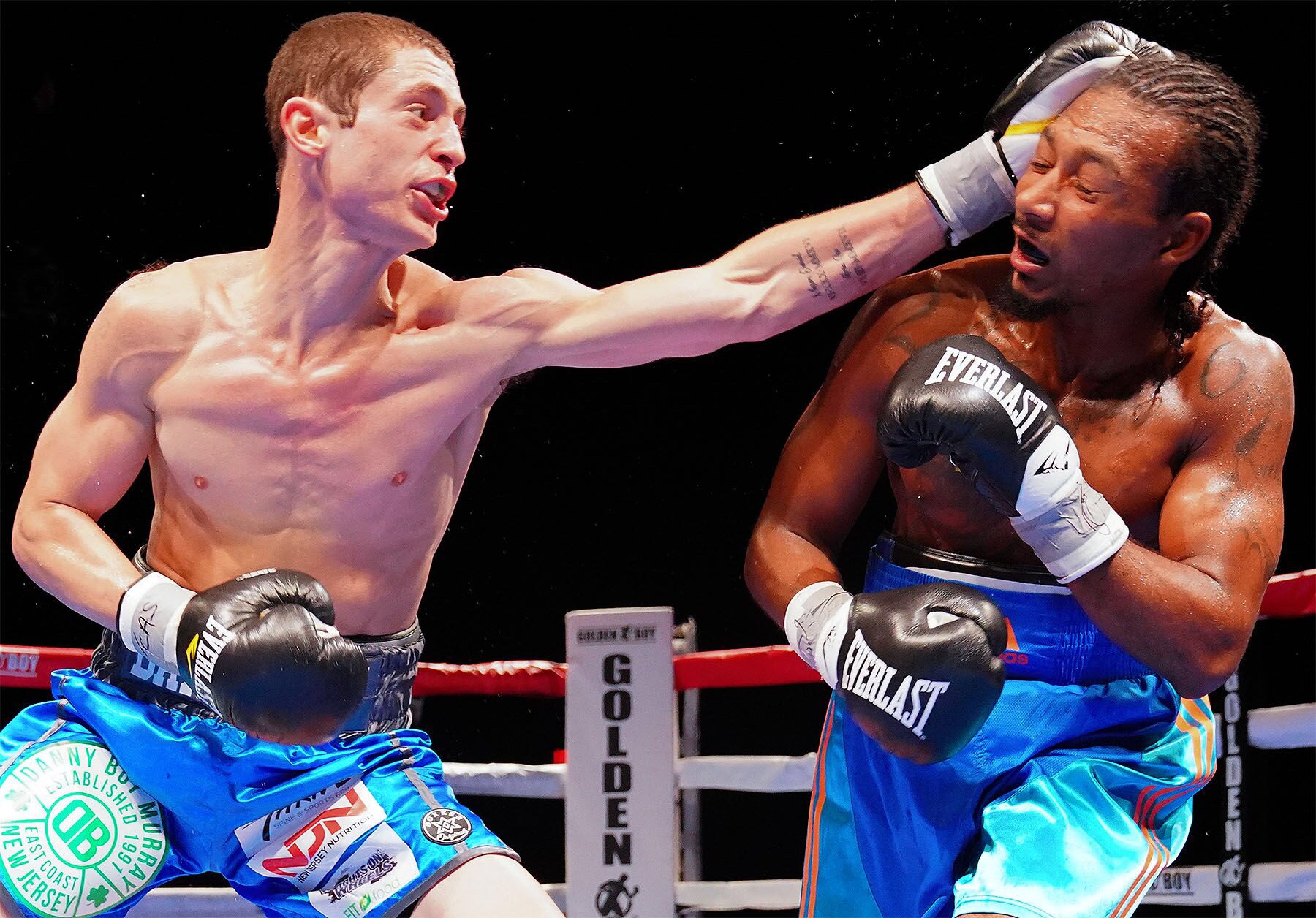 “It was a good fight,” said Dan Murray.“I was thinking too much in there, that’s why I hesitated a lot, but all around I had him a couple of times. It’s a learning experience. This is why we are here. I’m glad for my win, my team, my advisor, my manager. Thank you, Golden Boy, for this opportunity.”