Donovan, a southpaw from Limerick, will turn pro later this year and compete as a welterweight.

Managed and trained by former middleweight world champion Andy Lee, Donovan went 161-5 in the unpaid ranks and won 13 national titles in his homeland. 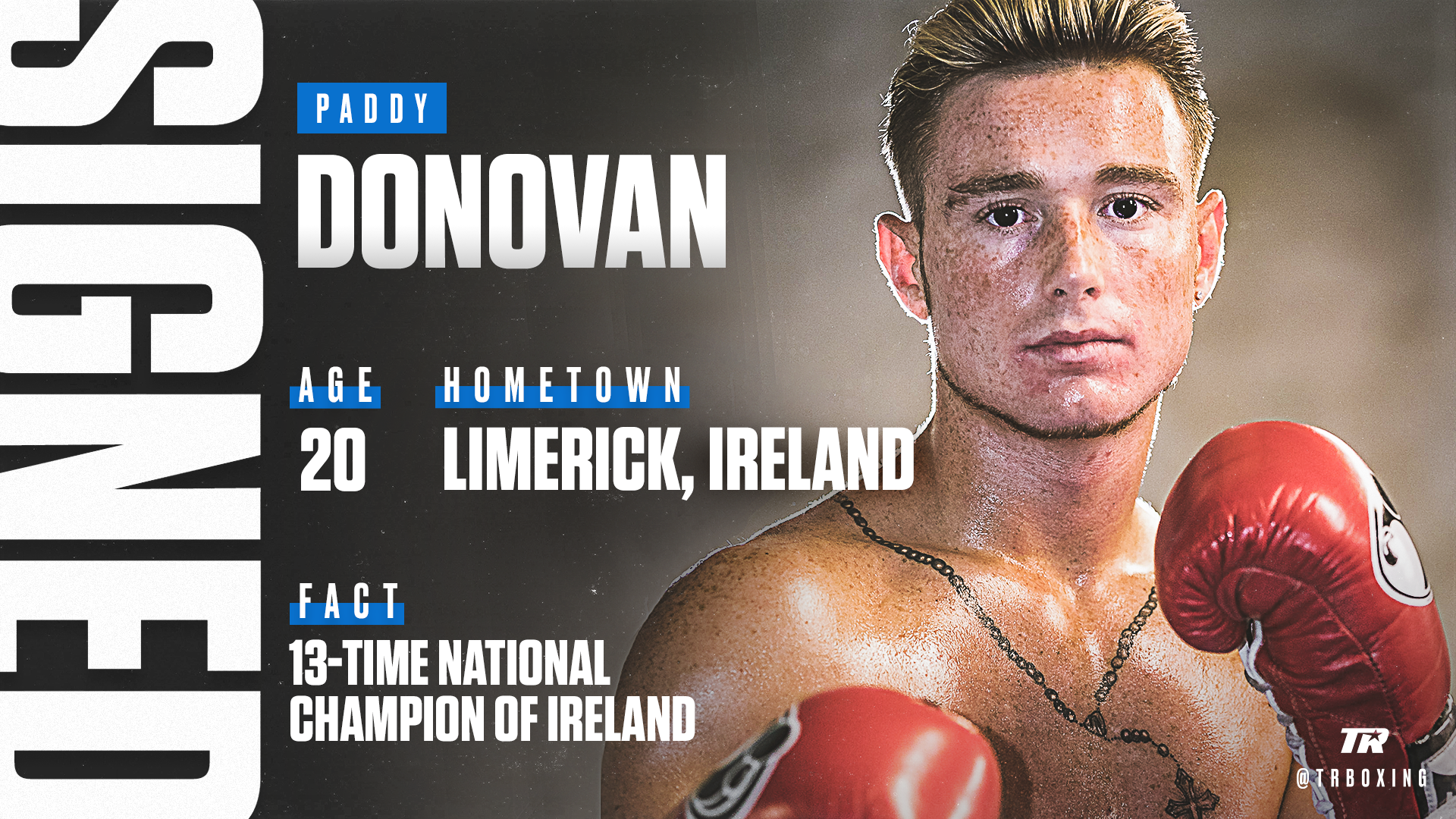 “I’m honored to sign with Top Rank. They are the best in boxing,” Donovan said. “My goal is to become a world champion, and there is no one better than Top Rank to help me achieve my goal.”

Said Lee: “Paddy is a special talent. He has all the skills and character to become a world champion. Top Rank’s record of taking amateur boxers and guiding them into world champions is second to none. We couldn’t be with a better company.”

In addition to his 13 national titles, Donovan won a pair of championships at the Haringey Box Cup, one of Europe’s most prestigious annual amateur boxing tournaments. He also captured a silver medal at the 2015 AIBA World Junior Championships in St. Petersburg, Russia. Rather than compete for a spot at the 2020 Tokyo Olympics, Donovan has elected to get a head start on his professional career.