Anthony Joshua-managed Super-Welterweight talent Souleymane Cissokho will kick off the action at Madison Square Garden in New York on Saturday June 1 when he takes on Mexico’s Vladimir Hernandez on his first outing in the US. 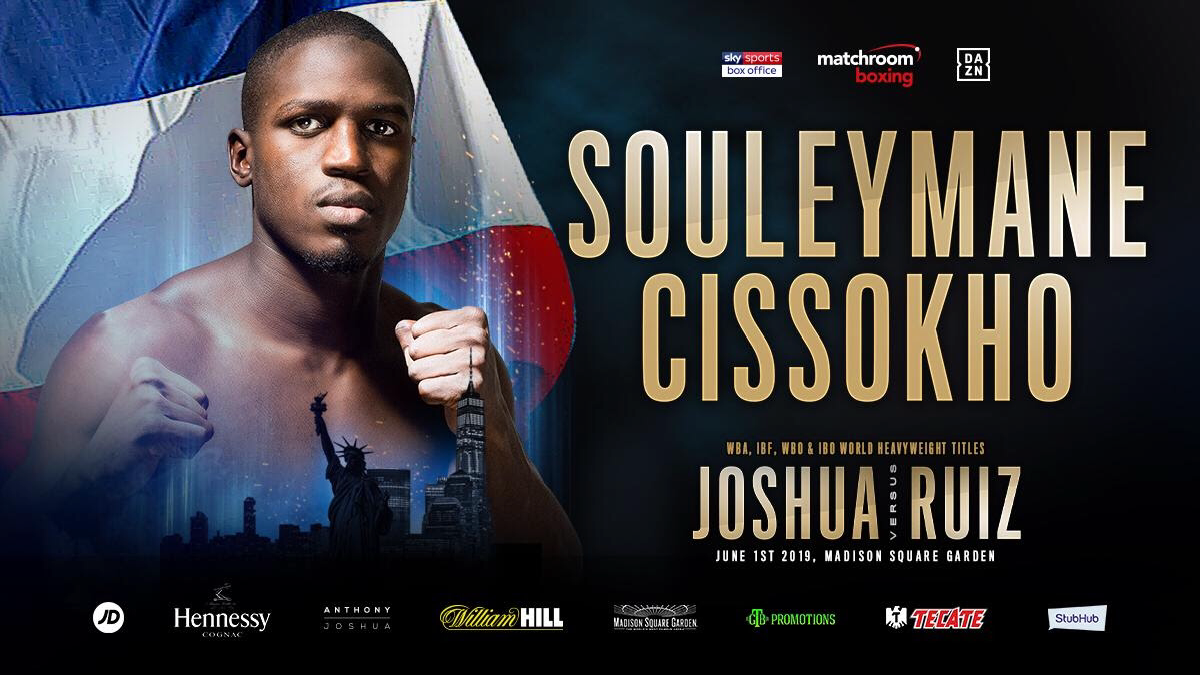 One of the great hopes for French boxing, Cissokho won bronze at the 2016 Rio Games at 69kg before joining the professional ranks in 2017 where he is now undefeated in eight fights, with six of those victories coming by way of knockout.

Cissokho teams up with Joshua’s 258 Management as he looks to propel his name onto the World scene at 154lbs and will be out to impress in his first fight under the unified Heavyweight champion’s banner.

“I am very happy to be making my US debut in such an iconic venue,” said Cissokho. “It is a massive fight card and so to be a part of it is something special for me. 258 Management offer a refreshing new approach to management. It’s not only about boxing but everything in life that goes with it. I recognise myself in a lot of the values they have, the team spirit, hard work, discipline, dedication and staying humble. I am looking forward to getting started on June 1.”

Formed in 2018 by Heavy Weight Champion of the World Anthony Joshua & Team, 258 Management was established to represent the professional and commercial interests of elite level athletes. Alongside Joshua, the company has since added Olympians Lawrence Okolie and Joshua Buatsi to it’s stable, guiding them both to major domestic titles & looking at brand building to create commercial interest from a main stream audience.

258 are excited to announce the newest member of the family, Rio Olympian and bronze medalist Souleymane Cissokho. The Frenchmen who operates at 154lbs fills exactly the criteria 258 look for and they are extremely excited to be helping him on his journey to World honours.

Whilst remaining a boutique and exclusive management agency, 258 will continue to add to its roster with hand-picked world-class talent that have the ability to penetrate both inside the ring and in the commercial space that surrounds the sport. Building their fighter’s profiles, audience and earning power.

Tickets for the huge night of World title action in New York are on sale now via Madison Square Garden and StubHub (www.stubhub.com)

Tickets can be purchased at the Madison Square Garden Box Office, all Ticketmaster outlets, Ticketmaster charge by phone (866-858-0008) and online at www.ticketmaster.com or www.MSG.com.

Official Ticket and Travel Packages, including the opportunity to travel on the Official Charter Plane, are available to purchase via Sportsworld (www.sportsworld.co.uk) Prices start at £1,095. Reserve your seat today.