The fighting pride of Nova Scotia: Custio Clayton will be waging battle June 29

NIAGARA FALLS, ON– The fighting pride of Nova Scotia, Custio Clayton, will be waging the biggest battle of his professional career on June 29 at the Scotiabank Convention Centre in Niagara Falls, and fans in his home province will now be able to tune in live.

Lee Baxter Promotions and Eastlink have partnered to bring the June 29 event, featuring Clayton’s bout against Johan Perez, to viewers across Nova Scotia. The telecast will begin at 9:00 PM ADT (8:00 PM ET) on Eastlink. 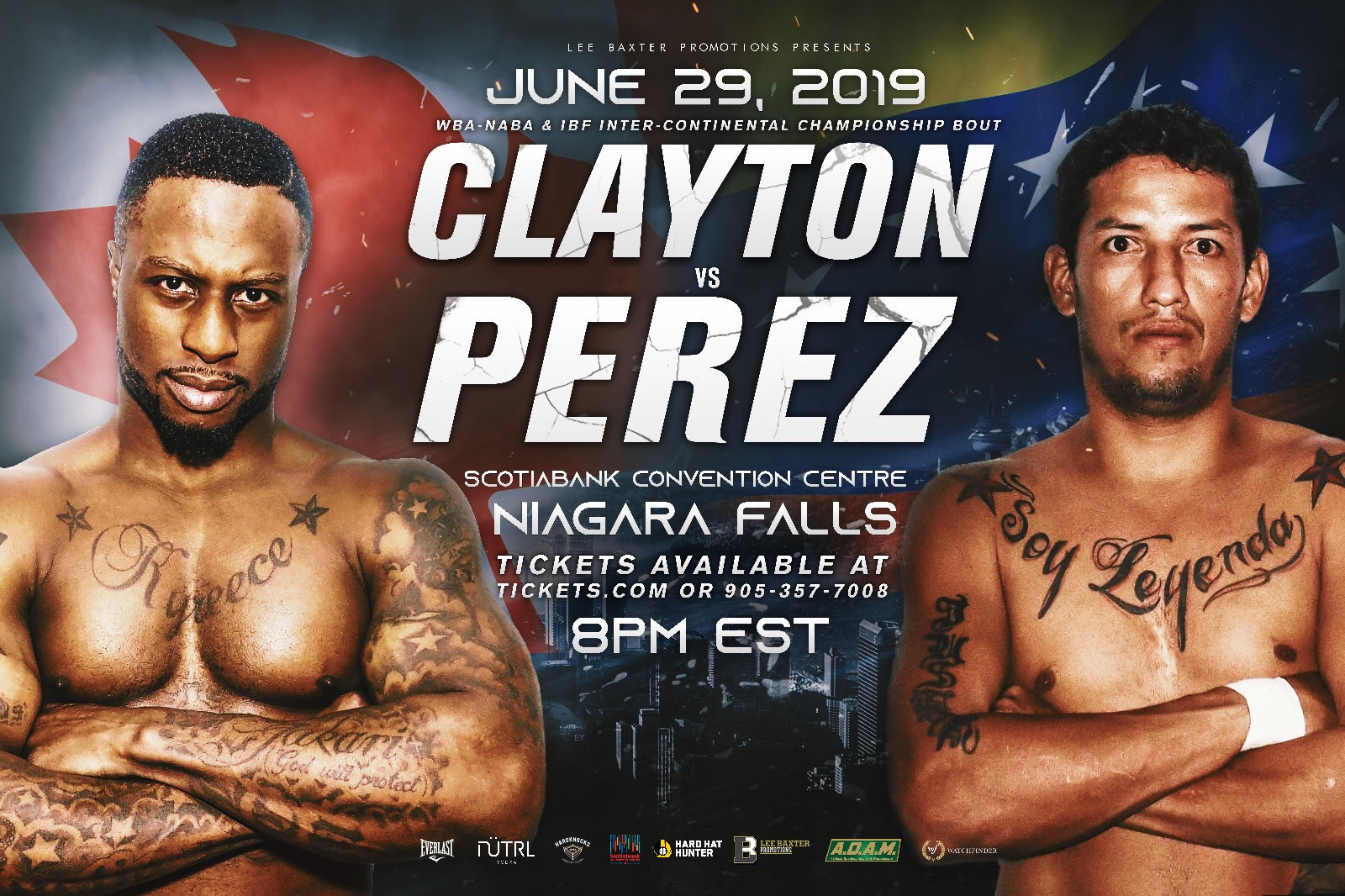 “Custio is one of the real sporting heroes in Nova Scotia. His fans back home haven’t always had an easily accessible way to watch him fight, so it was important to us to build a relationship with Eastlink in order to change that,” said Lee Baxter.

Clayton, a 2012 Olympian, has fought in Quebec and Ontario exclusively as a professional, compiling an undefeated record of 16-0, and rankings in some of the sport’s major sanctioning bodies. A win over Perez on this night would put him in a prime position for a potential shot at a world title.

“We take great pride in sharing locally meaningful and relevant content that showcases the people, places and events that shape our communities,” says Deborah Shaffner, Eastlink CEO. “Local sporting events and hometown heroes have always been an important part of community; they bring us together. There’s nothing more exciting and inspiring than watching a hometown favourite battle it out for top prize. We’re thrilled to provide a platform that enables Nova Scotian fans to support and cheer on Custio in his next pivotal match.”

In his most recent bout, Clayton dominated and stopped former world champion DeMarcus Corley, who has shared the ring with legends such as Floyd Mayweather and Miguel Cotto. The 29-year old Dartmouth native hopes to land megafights of his own in the very near future—potentially on home soil.

“Our goal is to bring a world title fight to Nova Scotia,” said Baxter. “First Custio has to get past Perez, who is no pushover, but assuming he can do that, the wheels can be set in motion towards putting on the biggest night of boxing the province has ever seen.”

The June 29 telecast will be a three-fight broadcast, also including all-action warrior Samuel Vargas, who is fresh off an ESPN main event at Madison Square Garden against Luis Collazo, and top Irish prospect Lee Reeves, who was touted by heavyweight champion Tyson Fury as “Ireland’s next superstar.”