Tickets for the event, which is promoted by Lions Only Promotions, TGB Promotions and Mayweather Promotions, are on sale now and can be purchased at AXS.com.
Harrison and Charlo’s first encounter took place live on FOX in December as Harrison earned the decision and upset Charlo to earn the title. The close nature of the bout helped warrant an immediate rematch that promises to be just as highly charged and dramatic as before.
The drama from their first bout poured over into Wednesday’s press conference, as the fighters went forehead to forehead while facing off for media, neither looking to cede any ground in the build up to their rematch. Here is what the press conference participants had to say from The Conga Room in L.A. Live:
TONY HARRISON
“I’ve never been this motivated in my life to win a fight like how I am right now. At the end of the day, if my career would end, I would be cool stopping after this win. 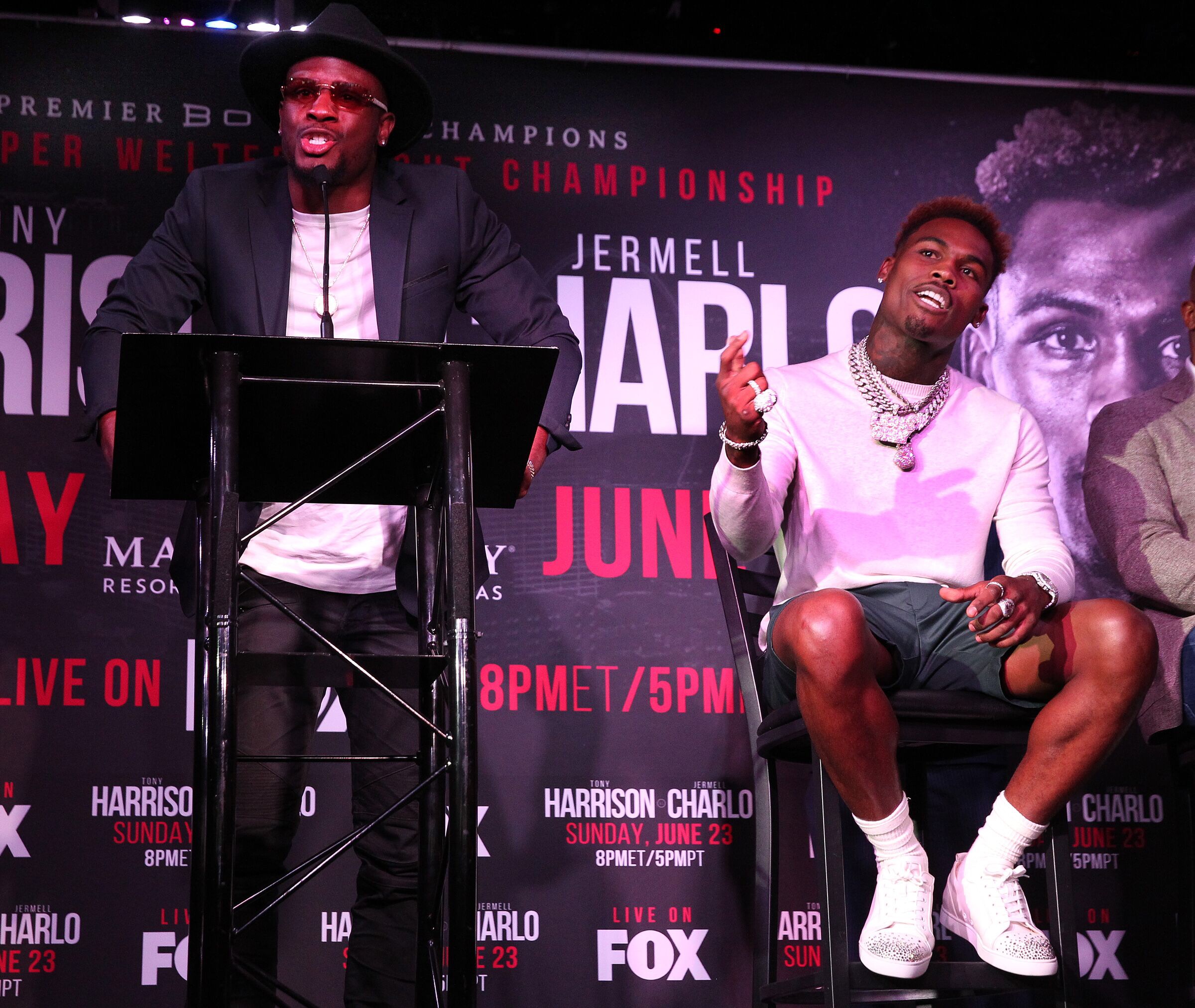 PHOTOS BY: CHRIS FARINA FOR MAYWEATHER PROMOTIONS
“This fight is personal for me. What I’ve been through has made me into who I am. I’m not a pretender. When I come out here and put my life out on the line and you put your life out on the line, respect me as a man. I’m going to earn it again on June 23.
“Not everybody gets a chance to redeem their losses. But the fact that I took this should show how confident I am in beating Jermell again. I don’t need anyone to co-sign me because I’m confident in what I can do as a man and as a fighter. 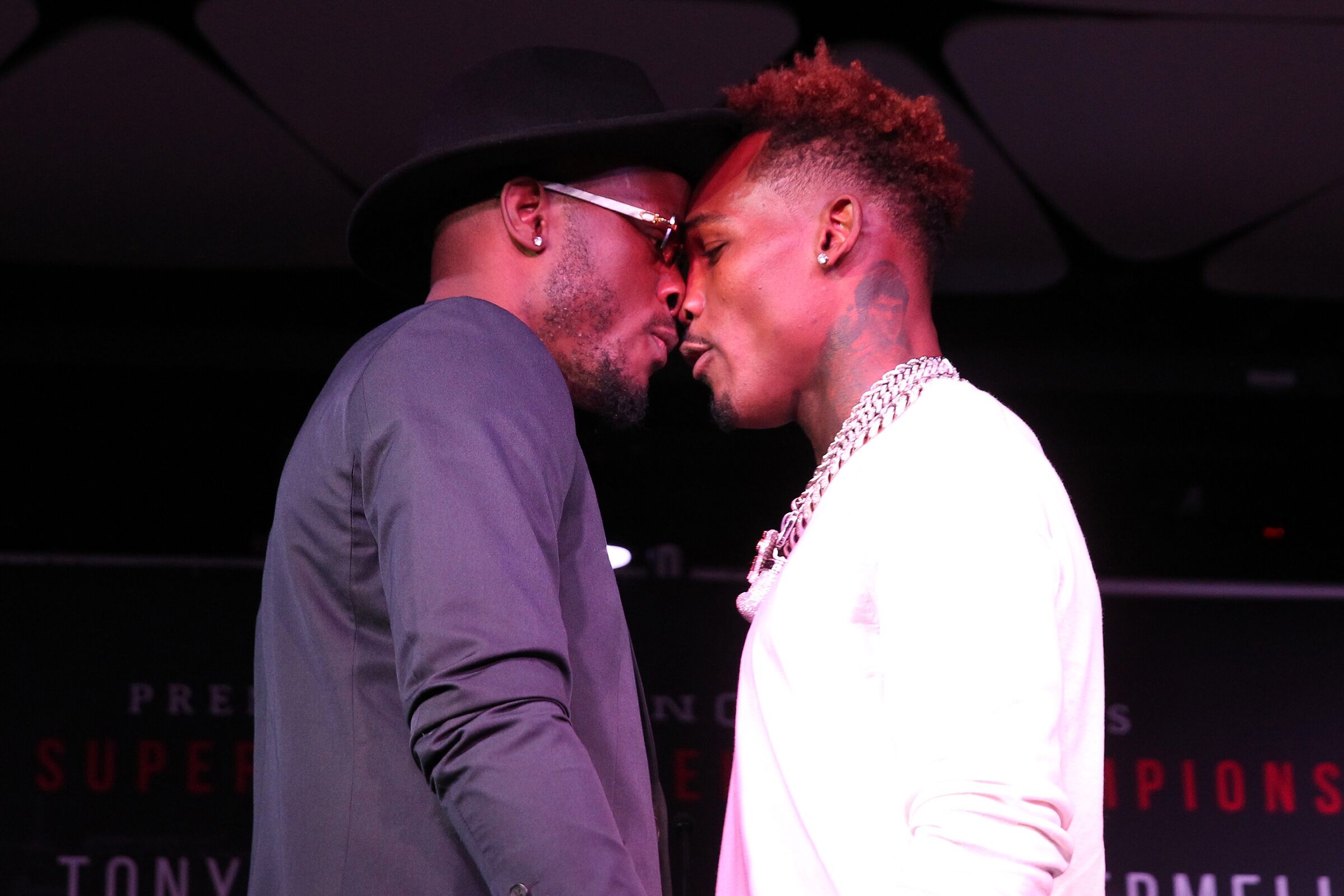 “He’s really sparked me and got me motivated for this fight. The worst thing you can do is spark a guy from Detroit. He’s not the only one with a chip on his shoulder.
“Fighting is the toughest sport in the world. You have to sacrifice so much for it. You’ll go crazy if you don’t take time to do something else that you love to do. So that’s why every day I take time to do something that I love to do to take my mind off the physical strain and mental focus I put myself through.
“Growing up, I had a lot of guys I looked up to. If I didn’t have those guys to look up to, who motivated me and who believed in me and my talents, then I wouldn’t have been pushed into being something. It’s not about money. I’ll do it for free because I love the grind and the sacrifice.”
JERMELL CHARLO
“I’m coming to this rematch with a whole different mindset and a much better game plan. I took this loss like a wake up call and reminded myself why I’ve been doing this for all these years. 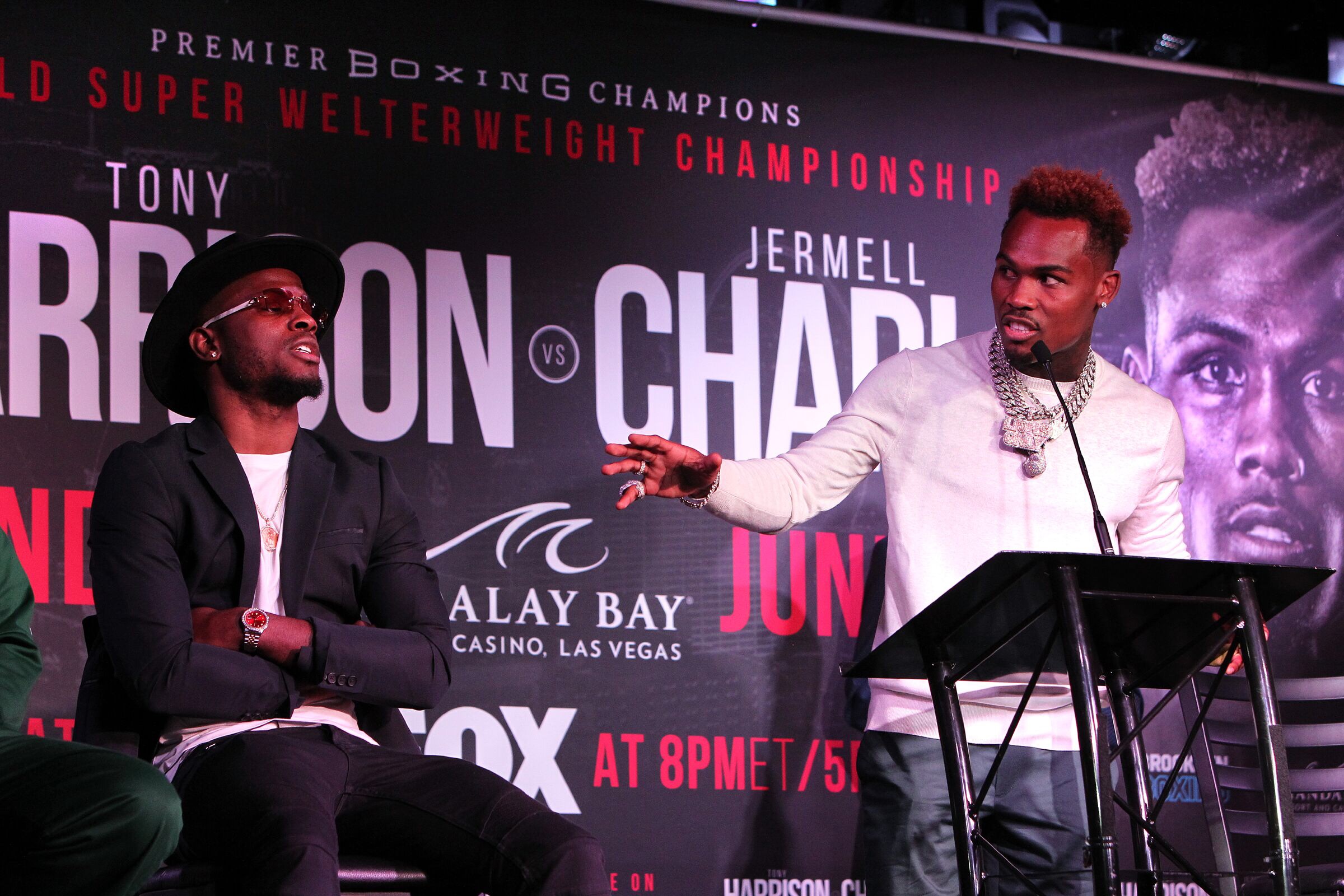 “I have respect for Tony and his father, but I think he knows that he didn’t do enough to win that fight. It was a robbery, but that just means I have the opportunity for redemption.
“I feel like I’m the people’s champ for fans all around the world. My popularity is still growing despite the robbery. I’m going to step into the ring and channel everything into a great performance.
“I want to start fast, but not necessarily faster than last time. He might come out and charge me and I’ll have to be on my counters. I’ll be ready to knock him out that way too. 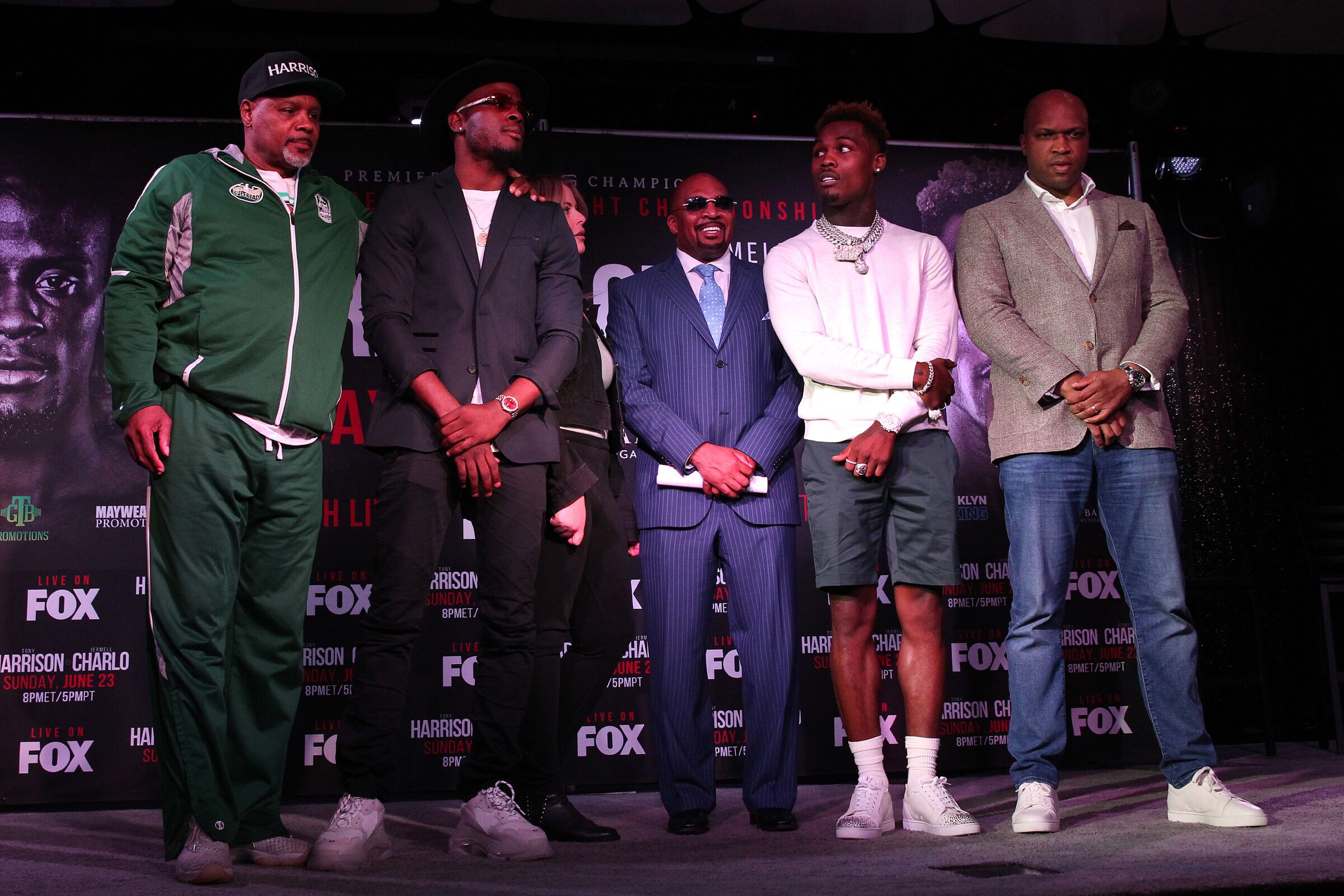 “Overcoming the loss was easier than I thought. I enjoyed my little time off. I went back and learned some different things. I’m going to do some things way better on June 23.
“Tony knows exactly what happened in our fight. He knows he can’t beat me. I’m here to prove it again and leave no doubt.
“I’m dominating this fight. If he does make it to the 12th round, he’s going to be bruised and beat down.
“I’m leaving it all in the ring in this fight. I’ve got no distractions and everything is smooth heading into this one. I’m giving 110 percent. It’s going to be ruthless.”
ALI SALAAM, Harrison’s Father & Trainer
“We just want to defend our title and show the world that this was not an accident what happened in December. 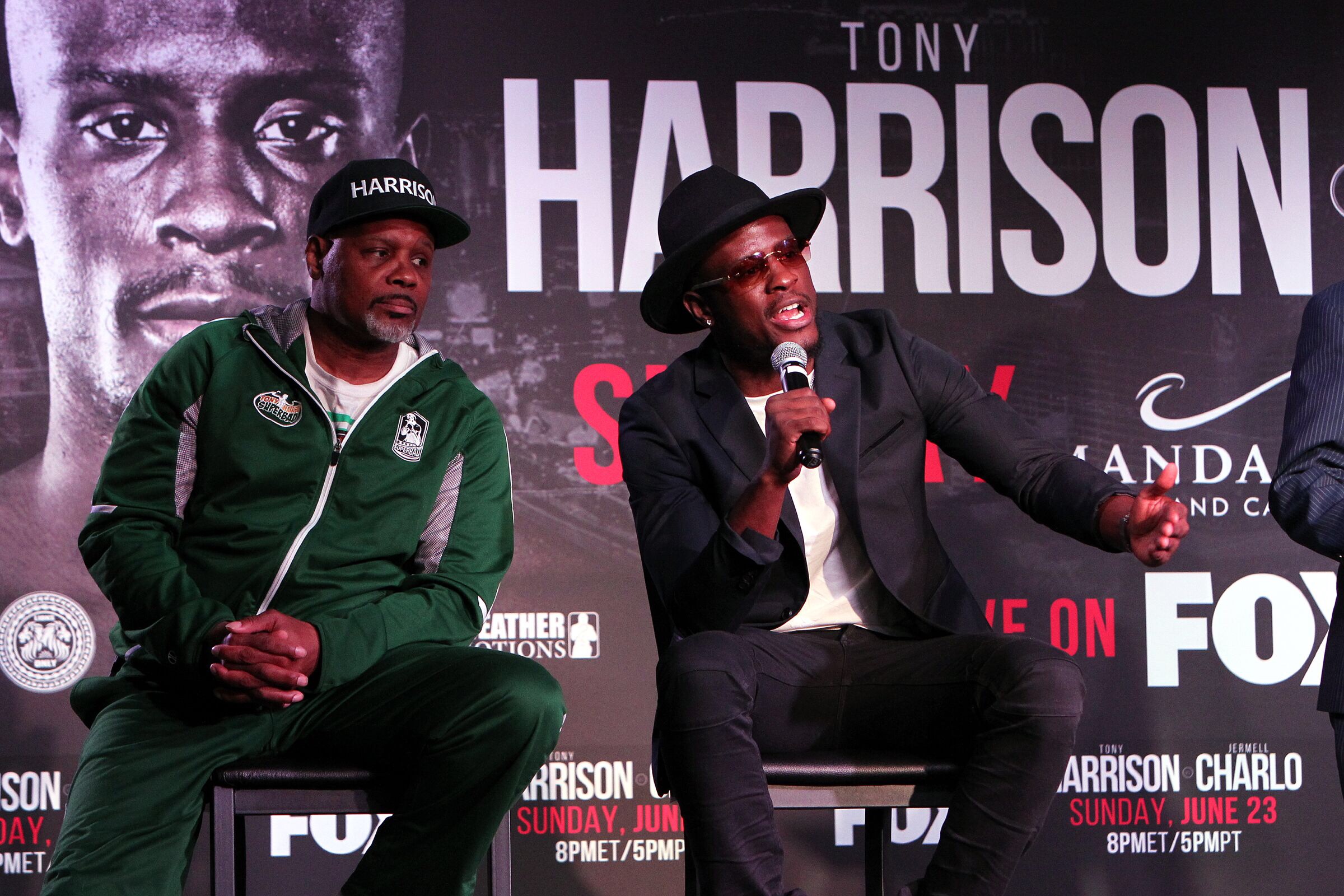 “I believe that Tony is the best fighter in the division and on June 23, we’re going to prove it to the world again.”
DERRICK JAMES, Charlo’s Trainer
“These guys are both great champions and we believe that this is a perfect situation for us to come back and reclaim our title.
“This is all business for us. I want to see Jermell get the title back. Tony and his team are great people, but at the same time, I know what I want and what Jermell deserves to have. 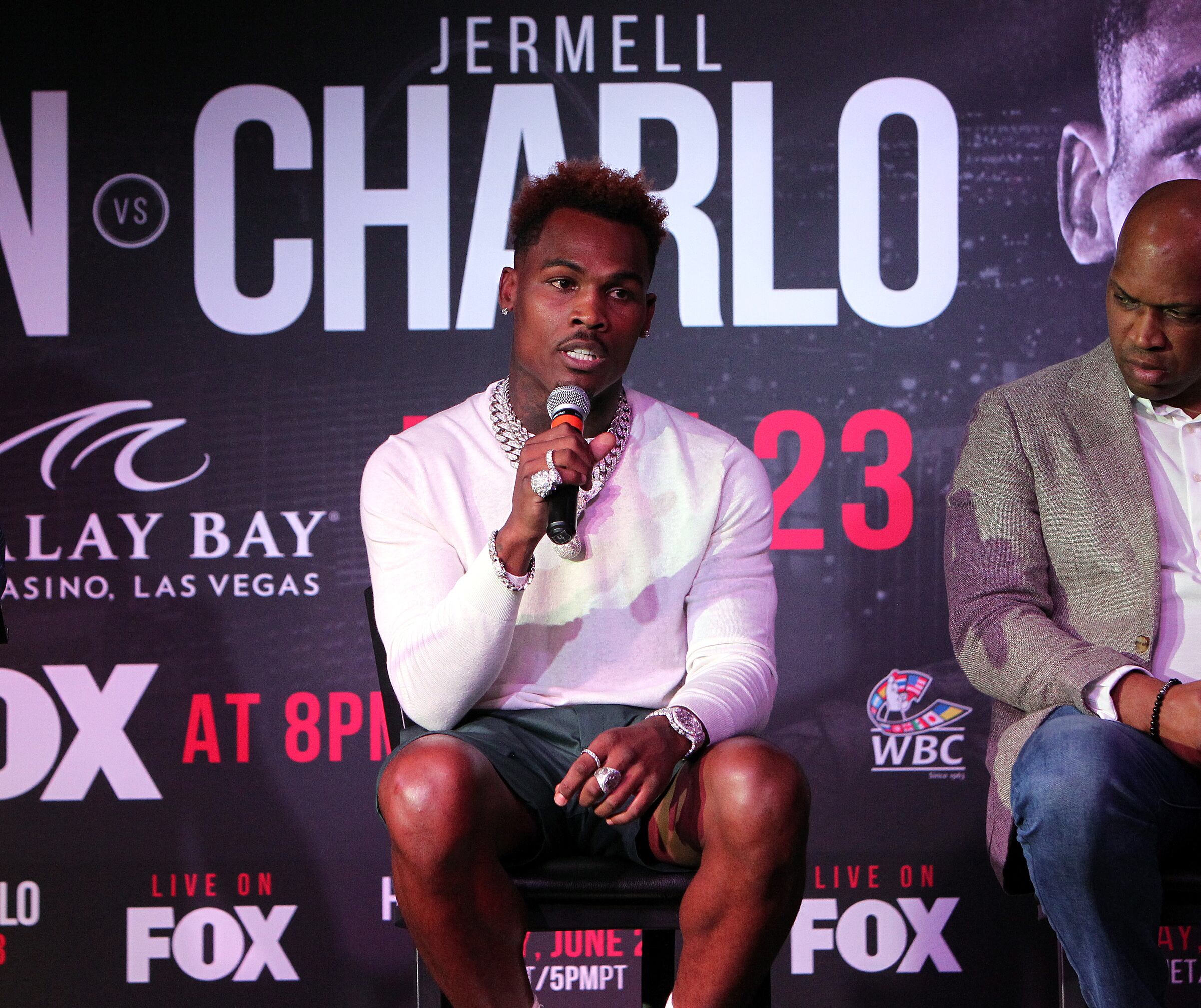 “Jermell is going to be WBC Super Welterweight World Champion again. That’s what we want and that’s what we’re going to go out and get.”
BRITTANY GOOSSEN BROWN, VP of TGB Promotions
“We’re excited to be promoting this fight alongside Lions Only Promotions and Mayweather Promotions. The first fight closed out 2018 with a bang and we can’t wait to see what happens on June 23 at Mandalay Bay Events Center in Las Vegas.”
LEONARD ELLERBE, CEO of Mayweather Promotions
“This fight right here, I guarantee you, will be nothing but fireworks. The last fight was a fight that many thought was very, very close. But the beauty of this, come June 23, is that we get to see these guys do it all over again. 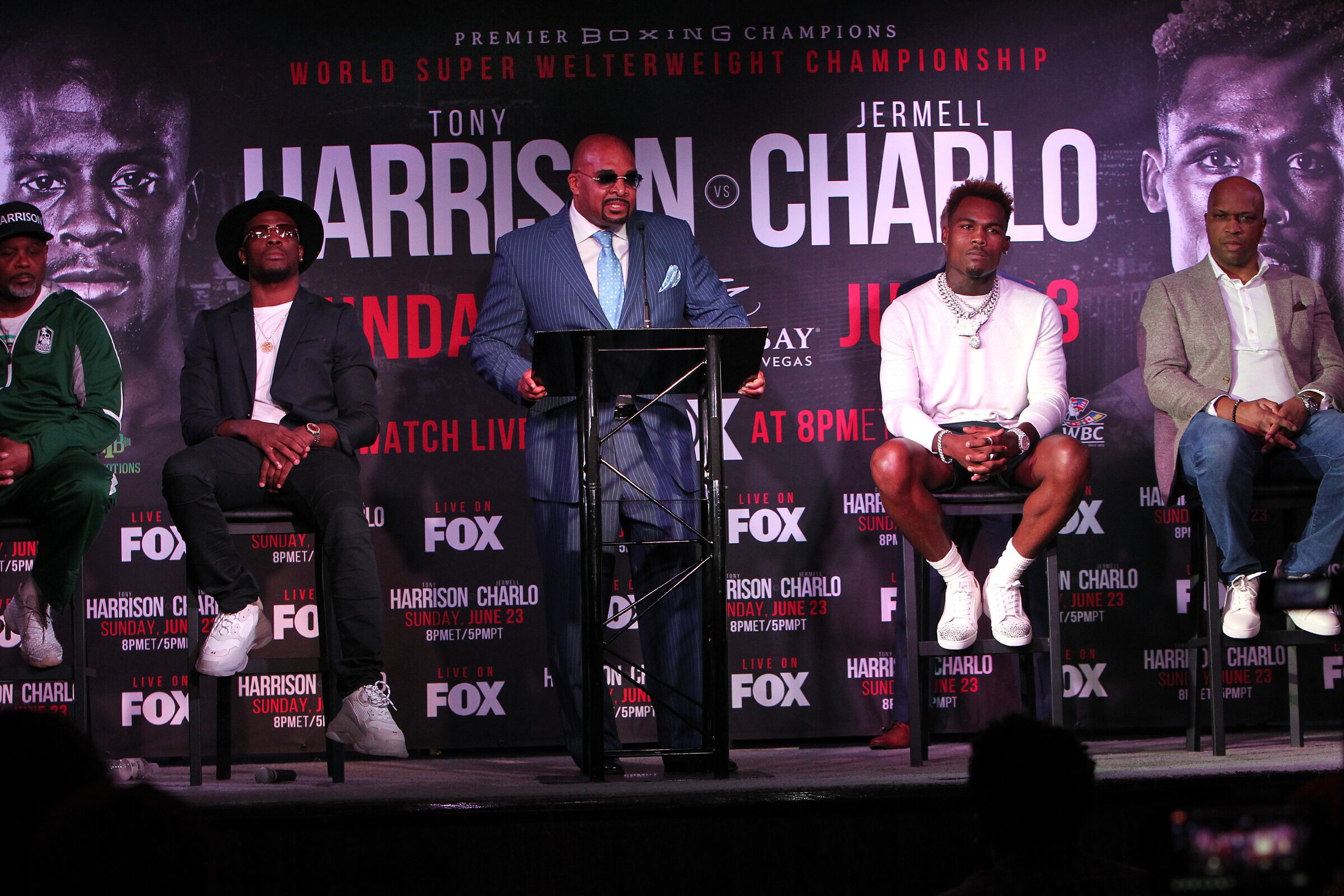 “In Tony’s case, coming in as the current champion, he knows he has got to be even better than he was the first time around to hold on to his title. He worked too hard and too long his entire life. He has the whole city of Detroit on his back and he is coming to defend what’s his.
“In Jermell’s case, he knows that it was a highly disputed loss and his mindset has been thinking of nothing else but Tony Harrison, day in and day out. I can imagine now and when he walks into that ring, he is going to be thinking about payback.
“What I love about both of these guys is that they do so much for their respective communities. They do a lot for kids and don’t want to let anyone or themselves down. This fight right here will be highly competitive and come June 23, the best man will come out on top.”
#          #          #
ABOUT HARRISON VS. CHARLO 2
Harrison vs. Charlo 2 will see WBC Super Welterweight World Champion Tony “Superbad” Harrison take on former world champion Jermell Charlo in a highly anticipated rematch that headlines Premier Boxing Champions on FOX and FOX Deportes Sunday, June 23 from Mandalay Bay Events Center in Las Vegas.
Televised coverage begins at 8 p.m. ET/5 p.m. PT and features former world champion Guillermo “El Chacal” Rigondeaux taking on exciting Mexican contender Julio Ceja in a WBC Super Bantamweight world title eliminator.
Fans can live stream the fights on the FOX Sports app, available in English or Spanish through the FOX, FS1 or FOX Deportes feeds. The fights are available on desktop at FOXSports.com and through the app store, or connected devices including Apple TV, Android TV, Fire TV, Xbox One and Roku.