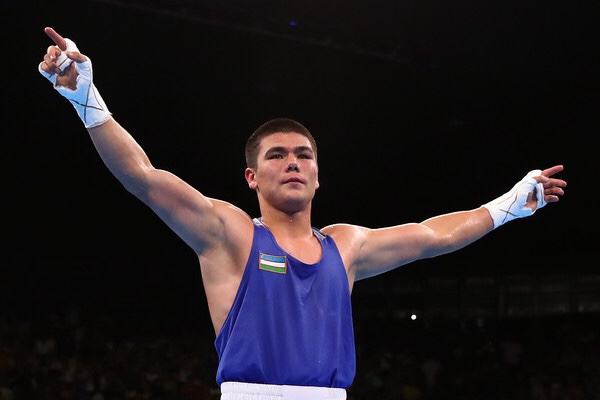 Hollywood, CA (June 13, 2019) Tonight in Hollywood, CA where stars have been made for decades, fans will see the launch of boxing’s most talked about prospect, 2016 Olympic Silver Medalist Bektimir Melikuziev of Uzbekistan. Now training in Indio, CA under the watchful eye of the renowned Joel Diaz, the 23-year-old Melikuziev will make his highly anticipated professional debut in the light heavyweight division against Argentinian veteran Martin Fidel Rios, (23-19-4, 13 KOs), in a scheduled six-round bout. On Wednesday afternoon, Melikuziev weighed in at 173lbs. while Rios tipped the scales at 166.6lbs.

The fight will kick off the six-bout Golden Boy Promotions’ “Thursday Night Fights” event from the AVALON in Hollywood, CA and will be streamed LIVE at RingTV.com and Facebook.com/Goldenboy beginning at 8:00 p.m. ET/5:00 p.m. PT.

“Bektimir truly is an extraordinary fighter and we’re very excited for his pro debut tonight,” said Kornilov. “He’s been training in Indio with many of our other top boxers and he fits in perfectly with future world champions; Israil Madrimov, Murodjon Akhmadaliev, Shakhram Giyasov and Bakhodir Jalolov who were also outstanding amateurs from Uzbekistan. Joel Diaz said he’s never been around a fighter who punches harder.”