LAS VEGAS (June 11, 2019) –  The undefeated lineal heavyweight champion of the world — Tyson Fury AKA “The Gypsy King” — put on a show Tuesday afternoon in Las Vegas at the media workout to promote Saturday’s title defense against Tom Schwarz at MGM Grand Garden Arena.

And, in the featured undercard bout, 2016 U.S. Olympian and top 130-pound contender Mikaela Mayer will look to extend her unbeaten record versus Lizbeth Crespo in a 10-rounder.

After working out at the MGM Grand, this is what the fighters had to say.

“I box because I like to keep happy and it keeps me happy to fight. I plan to box until I can’t box anymore. I feel fantastic at the minute. Boxing keeps me really happy, and I’m very happy with where I am in my life at the minute. I want to box on. I don’t see myself retiring. I just turned 30 years old. I’ve got over 10 years left in this game, so you’ll have to keep seeing me for the next 10 years, I’m afraid. Keep entertaining, keep putting on great shows.” 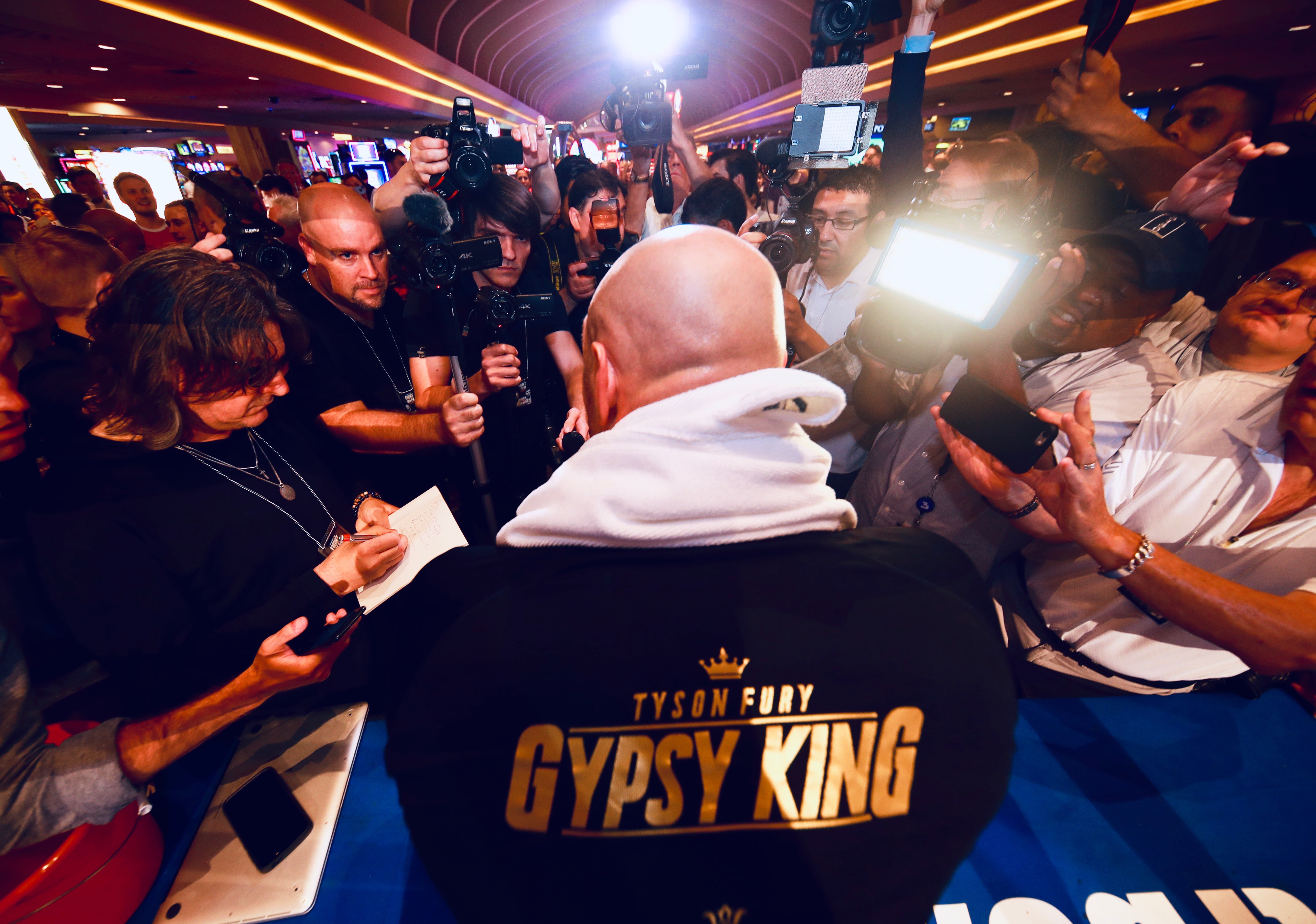 “The only title that I care about is the lineal championship of the world. It goes back a long, long way, and that’s the one I’m defending with pride and honor.”

“If you look at the Ring Magazine ratings, I think they get it quite right. I think that’s the official ratings of today, the most fair, the most accurate.”

On rising from the Deontay Wilder knockdown in the 12th round 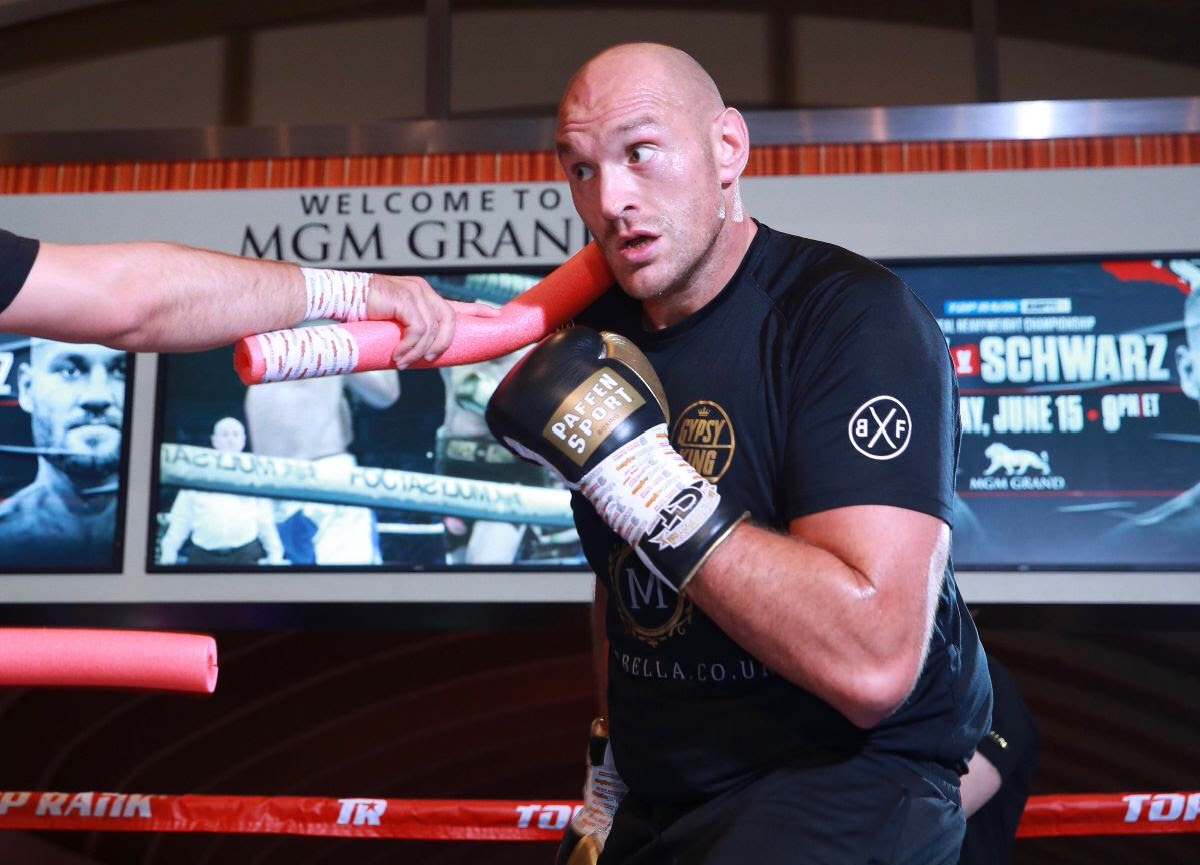 “I think it was a higher power that brought me to my feet to spread the word on mental health and to help other people. I hope it inspired many people as I enjoyed getting up off that canvas and fighting on. And it takes more than a punch to knock me down and make me stay down.”

“I love Las Vegas. This is a great opportunity for me. I’ll win this fight. I’m ready.”

“I’m fighting for my family and my country. I have a lot of inspiration. I’m ready to shock the world. This is a great time in the heavyweight division, and I am happy to be part of it. On Saturday night, it’s my time. I am prepared. Tyson Fury picked me for a reason, and I promise a great fight, a dramatic fight, and a memorable moment for all boxing fans.” 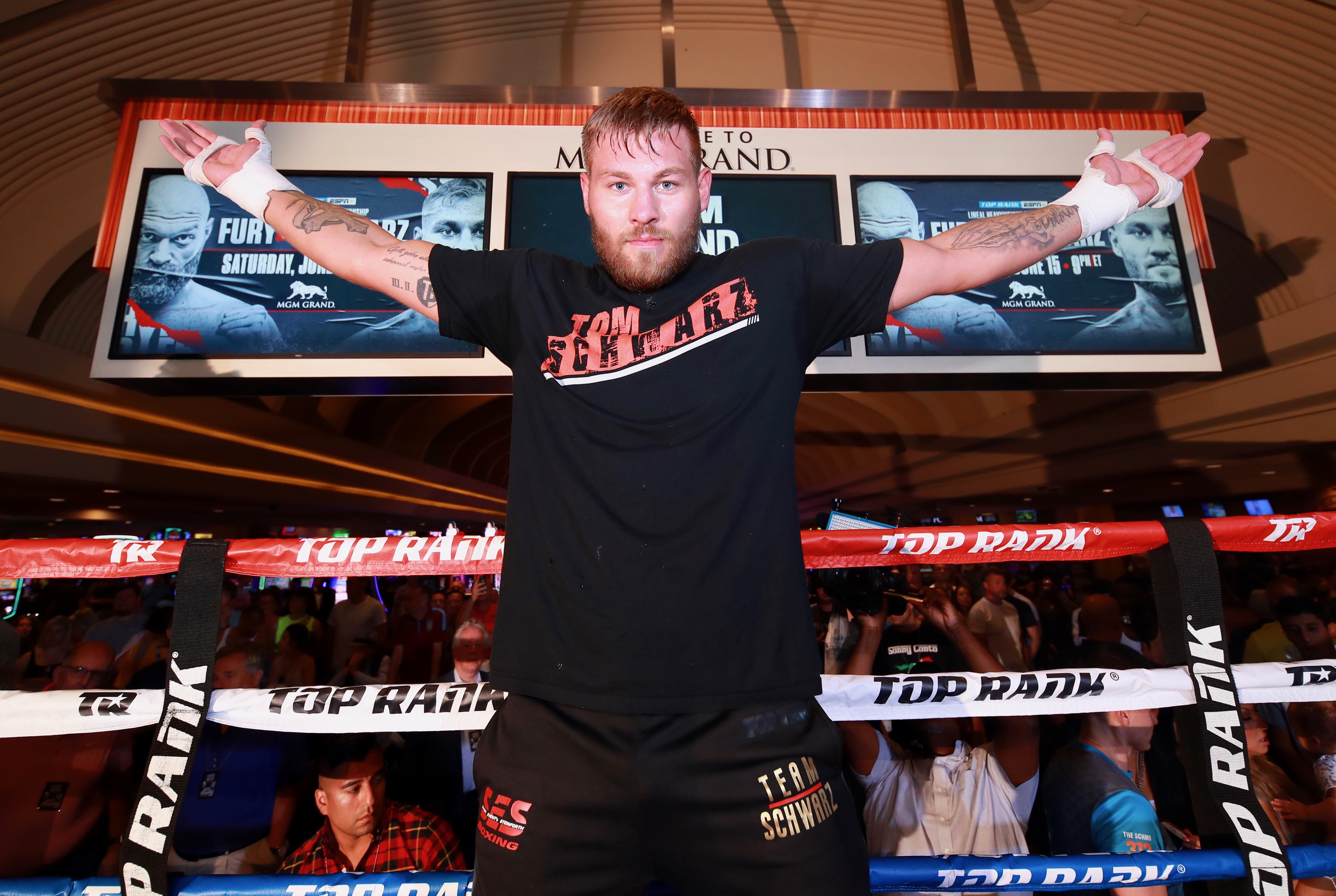 “My trainers and I have seen every fight of Tyson’s many times. We’ve analyzed his style and have prepared our best strategy. I have a surprise for Tyson Fury, and he will see what it is on Saturday night.”

“When I beat him Saturday, I think this is the last you all are going to hear of Sullivan Barrera. Get a look at him, get a picture with him. After Saturday night, we’re going to put him in retirement.”

“Tyson Fury is a very colorful guy, an entertainer. He has added life to the heavyweight division. I’m happy to be on this card, and I am looking to put on a show.” 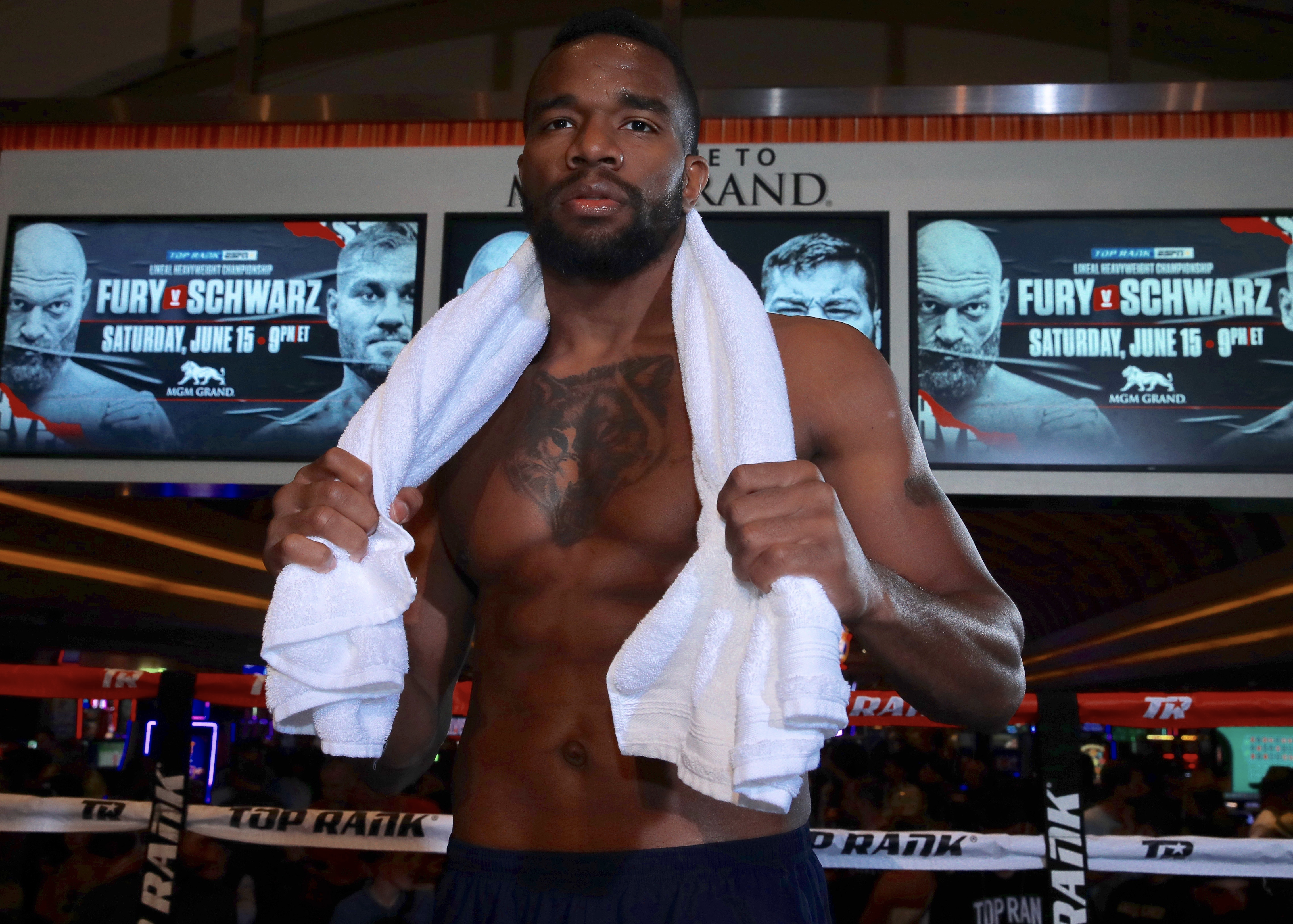 “The 175-pound division is wide open, and I am ready to finally win that world title. Sullivan Barrera is in my way, and I am going to smash him.”

“This is my first fight at light heavyweight. I’m fighting a big puncher, a big name and I am bringing devastating power with me to the division. Watch out.”

“Inside the ring, I will give everything. Jesse Hart knows he’s never fought anyone like Sullivan Barrera. He is scared.” 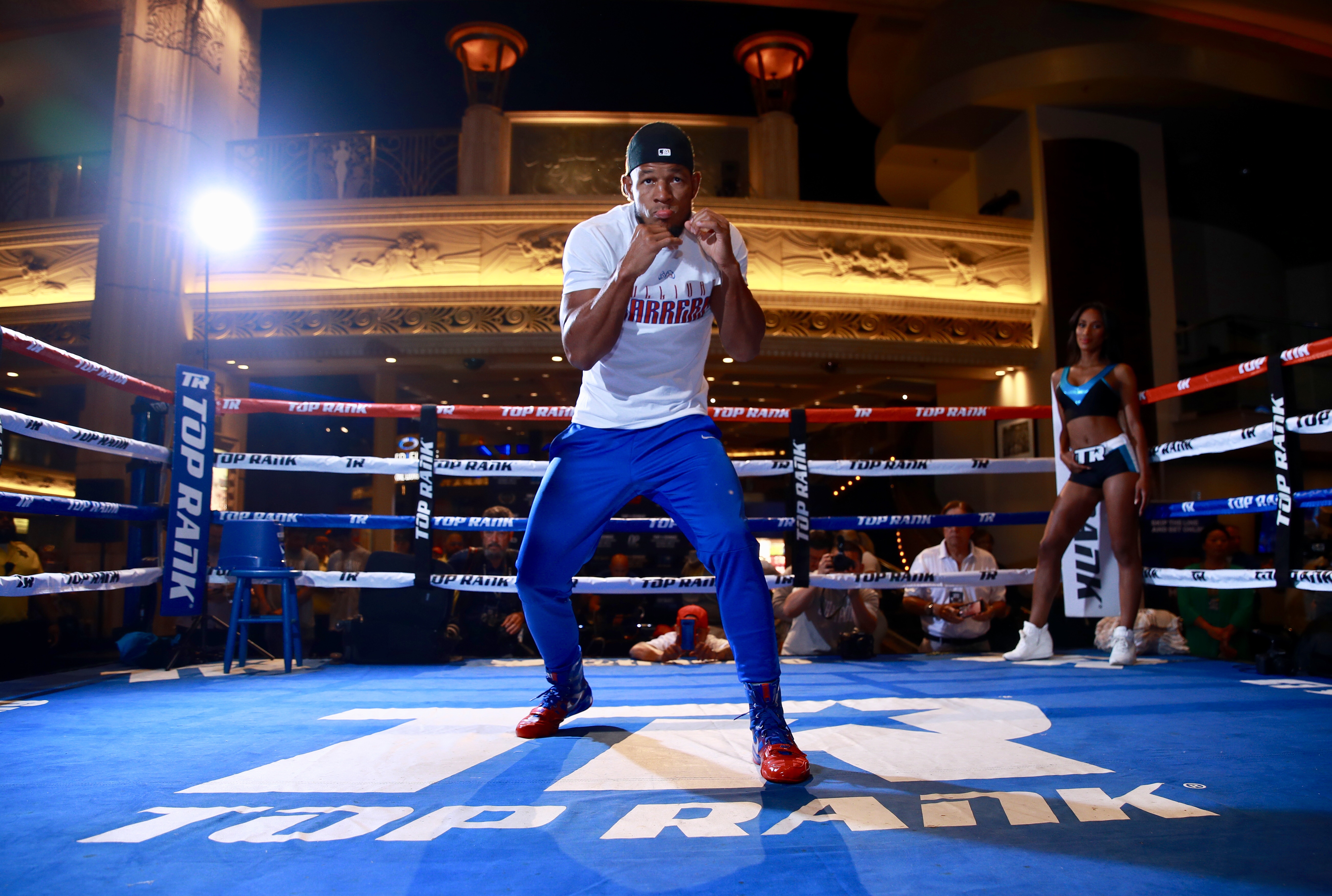 “He is coming up from 168, but the punching power at 175 is not the same. I am a different level than what he’s used to. It’s going to be a long night for him.”

“For me, every fight is important, I am training hard. He’s talking crap, so I am going to shut his mouth.” 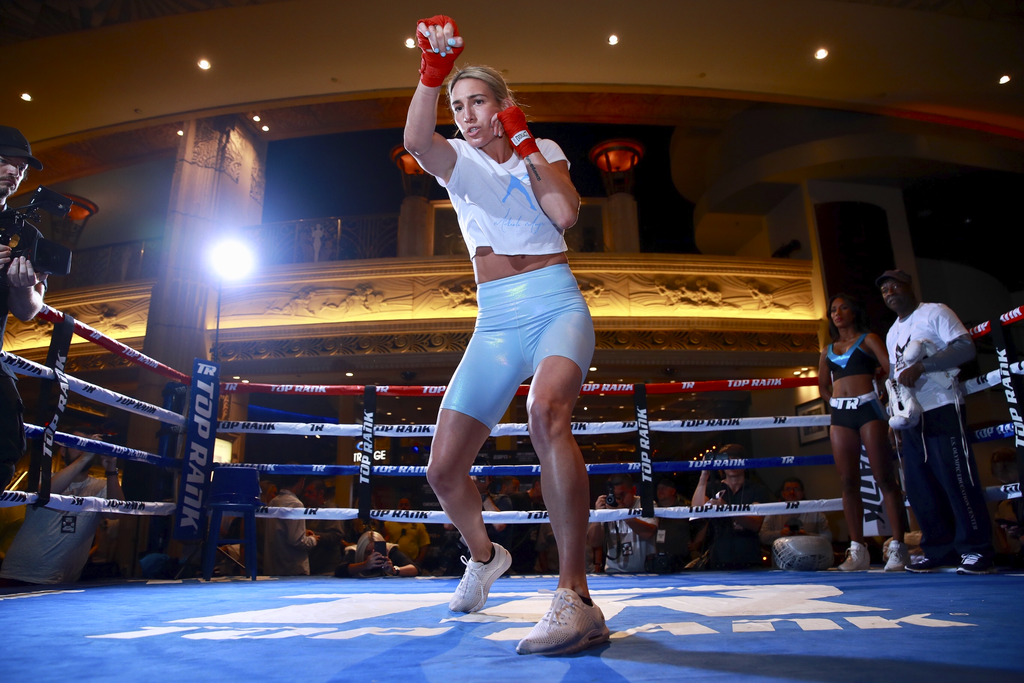 “I want to challenge for a world title soon. My team and Top Rank have moved me well these last two years. We’ve fought some really quality opponents, so we’re ready for the world titles at 130.”

FURY vs. SCHWARZ, the 12-round fight for the lineal heavyweight championship of the world, is presented by Top Rank in association with Frank Warren’s Queensberry Promotions and SES Boxing, and is sponsored by Geico.

FURY vs. SCHWARZ will take place Saturday, June 15, beginning at 10 p.m. ET/7 p.m. PT at MGM GRAND GARDEN ARENA, and will be produced by Top Rank and ESPN and streamed live on ESPN+.