LAS VEGAS (June 4, 2019) — A pair of unbeaten super featherweight contenders will get a chance to shine on the sport’s biggest stage. Andy “El Tiburon” Vences will defend his WBC Continental Americas belt in a 10-rounder against Albert “Prince” Bell June 15 at MGM Grand Garden Arena on the Tyson Fury-Tom Schwarz undercard. 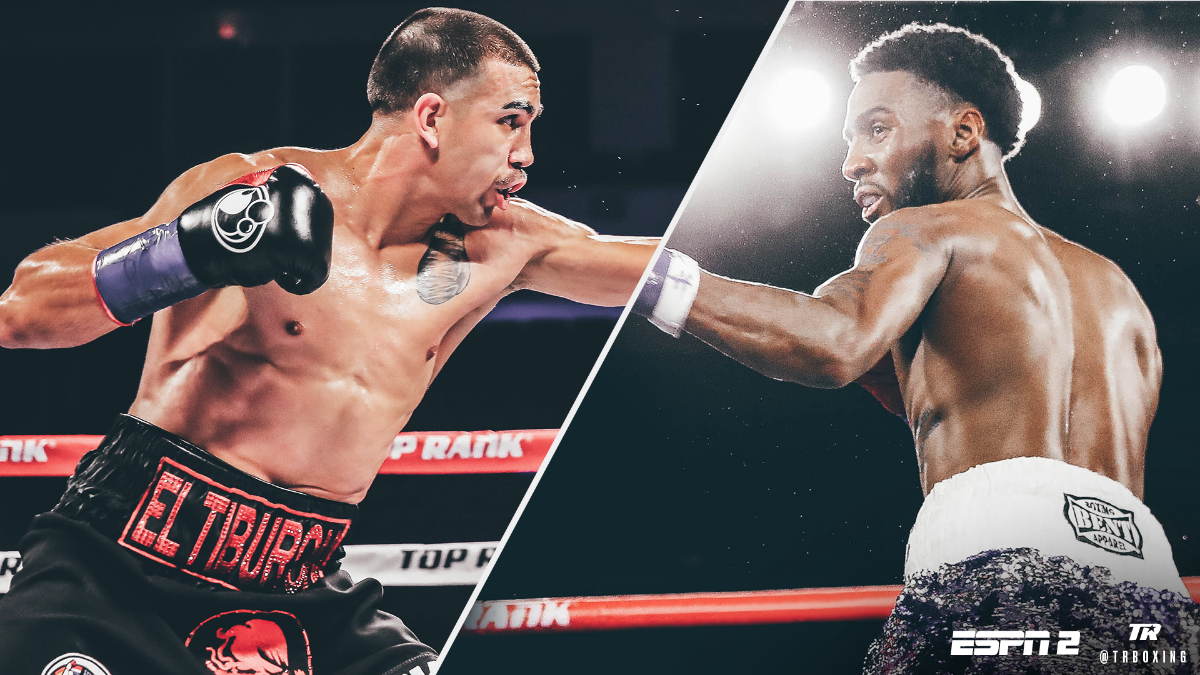 Vences-Bell was originally set to take place June 8 in Reno, Nevada, on the Oscar Valdez-Jason Sanchez undercard, but both fighters are excited to take their talents to Las Vegas.

“We were prepared to fight June 8, so this doesn’t change anything. I know this is a big opportunity and that a win would be huge for my career,” Vences said. “I can see Bell getting hurt this fight. He is the only one standing in my way as I move toward a world title shot. He can hit and move all he wants, but it’s going to take much more than that to get my respect.”

“All this does is give me one extra week to train,” Bell said. “I am excited and blessed to be fighting at the MGM Grand on the same card as the heavyweight champion.”

Vences (22-0-1, 12 KOs), from San Jose, California, has won two in a row since a closely contested draw against Erick De Leon on the Oscar Valdez-Scott Quigg undercard March 10 of last year. He is coming off a shutout unanimous decision over Dardan Zenunaj Feb. 10 in Fresno, California. Bell (14-0, 5 KOs), from Toledo, Ohio, has never been close to defeat as a pro but will be taking a giant step up in competition versus Vences. A 2012 National Golden Gloves champion as an amateur, Bell last fought Feb. 15 in Hinckley, Minnesota, scoring a decision win over the durable Edward Kakembo.

FURY vs. SCHWARZ, the 12-round fight for the lineal heavyweight championship of the world, is presented by Top Rank in association with Frank Warren’s Queensberry Promotions and SES Boxing, and is sponsored by Geico.

FURY vs. SCHWARZ will take place Saturday, June 15, beginning at 10 p.m. ET/7 p.m. PT at MGM GRAND GARDEN ARENA, and will be produced by Top Rank and ESPN and streamed live on ESPN+.

Queensberry Promotions has a long-term exclusive deal in the UK to promote boxing events on BT Sport, the sport broadcast platform of telecoms giant BT.

About ESPN+
ESPN+ is the multi-sport, direct-to-consumer video service from The Walt Disney Company’s Direct-to-Consumer and International (DTCI) segment and ESPN. It reached 2 million subscribers in less than a year and offers fans thousands of live events, on-demand content and original programming not available on ESPN’s linear TV or digital networks, along with premium editorial content.