RENO, Nev. (May 30, 2019) — Gabriel Flores Jr., the 19-year-old pride of Stockton, California, had the night of his boxing life May 4 at Stockton Arena. More than 10,000 fans packed the venue, as Flores knocked out Eduardo Pereira Reis in three raucous rounds, establishing himself as the sport’s youngest hometown ticket-seller. 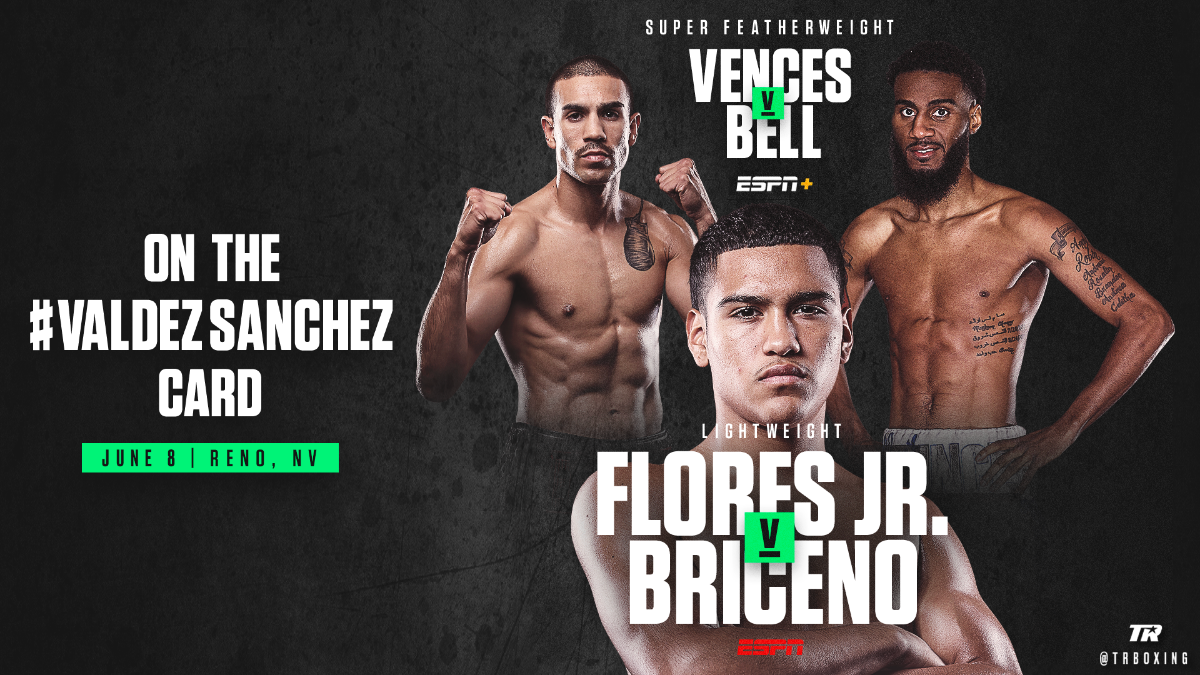 Flores will return June 8 against Salvador Briceno in an eight-round lightweight bout, which will be the ESPN-televised co-feature to Oscar Valdez’s WBO featherweight world title defense against fellow unbeaten Jason Sanchez at Reno-Sparks Convention Center.

Valdez-Sanchez and Flores-Briceno will be televised live on ESPN and ESPN Deportes beginning at 10 p.m. ET/7 p.m. PT.

“I am excited to be back on ESPN, and once again, Stockton will be in the building,” Flores said. “Briceno is the toughest fight of my career, but I rise to the level of my opposition. I only fought a few weeks ago, so I am sharp and ready to put on another highlight-reel showing for the fans watching on ESPN.”

“Trust me when I say that Flores has never faced anyone like me,” Briceno said. “I am coming to Reno intent on putting on a great performance. Flores probably thinks I am a stop on the way to bigger things, but his team made the wrong decision in picking me.”

Flores (13-0, 6 KOs) signed with Top Rank at 16 years old and made his pro debut on May 5, 2017, four days after his 17thbirthday. His pro debut took place at the Reno-Sparks Convention Center, a second-round TKO over Devon Jones. Flores went 6-0 in 2018 and will be making his third ring appearance of 2019. Briceno (15-3, 9 KOs) has fought as high as 140 pounds and is a heavy puncher whose last four victories have come via stoppage.

The ESPN+ undercard is scheduled to include the following bouts:

Use the hashtags #ValdezSanchez and #FloresBriceno to join the conversation on social media.