(May 28, 2019) — One of Wales’ premier talents, Jay Harris is ready to take the next step. The unbeaten Harris will battle former world title challenger Angel Moreno in a 12-rounder for the vacant European flyweight title Saturday from Vale Sports Arena in Cardiff, Wales. 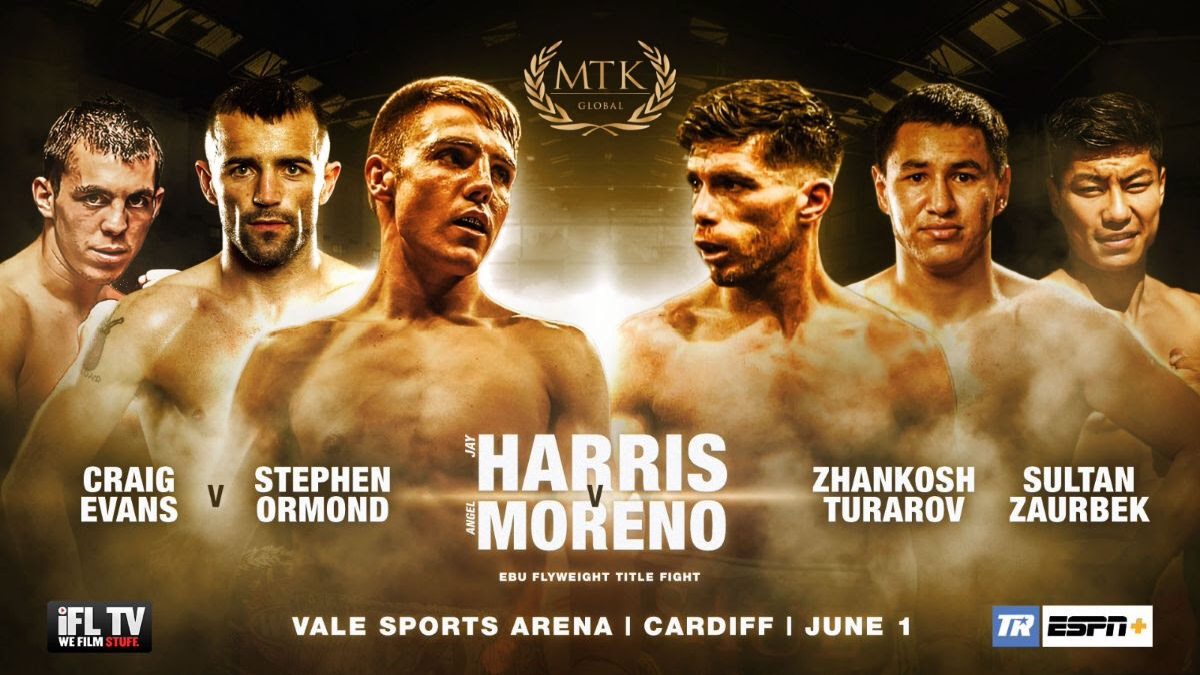 Harris (15-0, 8 KOs), from Swansea, Wales, is a six-year pro who captured Commonwealth flyweight honors in February 2017 with a hard-fought unanimous decision over Thomas Essomba. He defended that belt in November 2018, overcoming a cut left eye to knock out Ross Murray in the third round. Moreno (19-3-2, 6 KOs), from Madrid, Spain, is a former European flyweight champion who has fought at the upper reaches of the sport. He challenged WBC flyweight world champion Charlie Edwards on March 23, dropping a unanimous decision at Copper Box Arena in London.

In other action scheduled for the ESPN+ stream:

Use the hashtags #MTKFightNight and #HarrisMoreno to follow the action on social media.