ULYSSE JR. VS. CLAGGETT 2 TO ALSO BE AVAILABLE ON FACEBOOK WATCH  VIA THE GOLDEN BOY FIGHT NIGHT PAGE AND ON RINGTV.COM 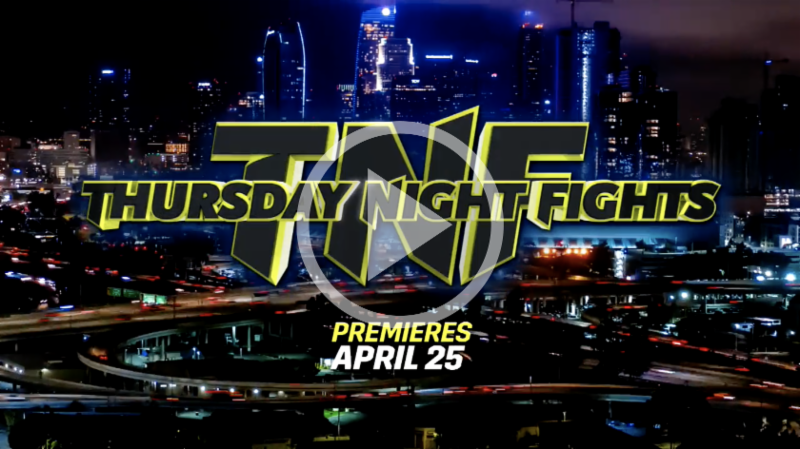 LOS ANGELES, CA (April 23, 2019): Golden Boy, the leading media and entertainment brand, along with global sports streaming giant DAZN, are proud to announce that the new monthly boxing series, Thursday Night Fights, will be distributed to regional cable channels throughout the U.S.
The series will be available on networks such as NBC Sports Regionals, Spectrum Sportsnet, AT&T SportsNet, and Root Sports Networks. The combination of these regional sports networks brings the reach of Thursday Night Fights to 62 million U.S. households. Fight fans who want to learn more about when and where the program will be available in their area can use our interactive widget below. 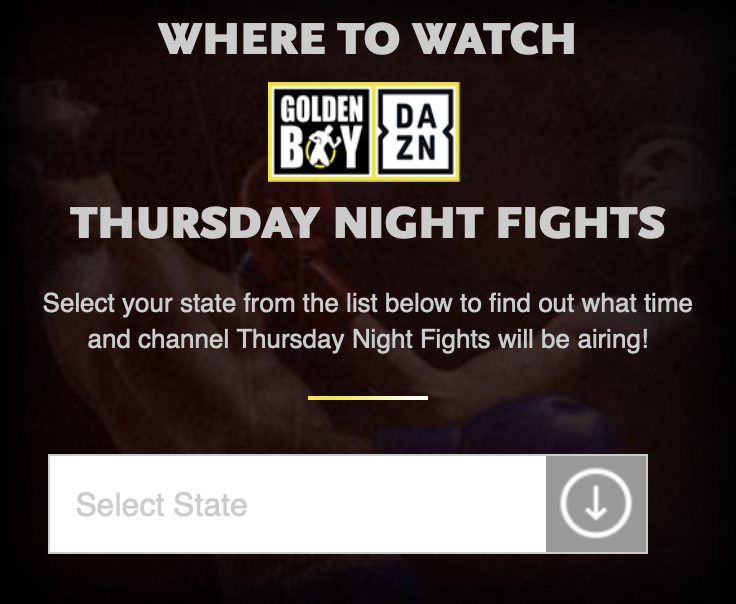