(PRESS RELEASE) MONTERREY, MEXICO (April 13, 2019): Jaime Munguia (33-0, 26 KOs) retained his WBO Junior Middleweight World Champion against mandatory challenger Dennis “Hurricane” Hogan (28-2-1, 7 KOs) via 12-round majority decision victory in front of a packed house of fans at Arena Monterrey in Monterrey, Nuevo Leon, Mexico. One judge scored the fight a 114-114 draw, while two judges saw Munguia winning the fight with scores of 115-113 and 116-112. The battle was streamed live exclusively on DAZN. 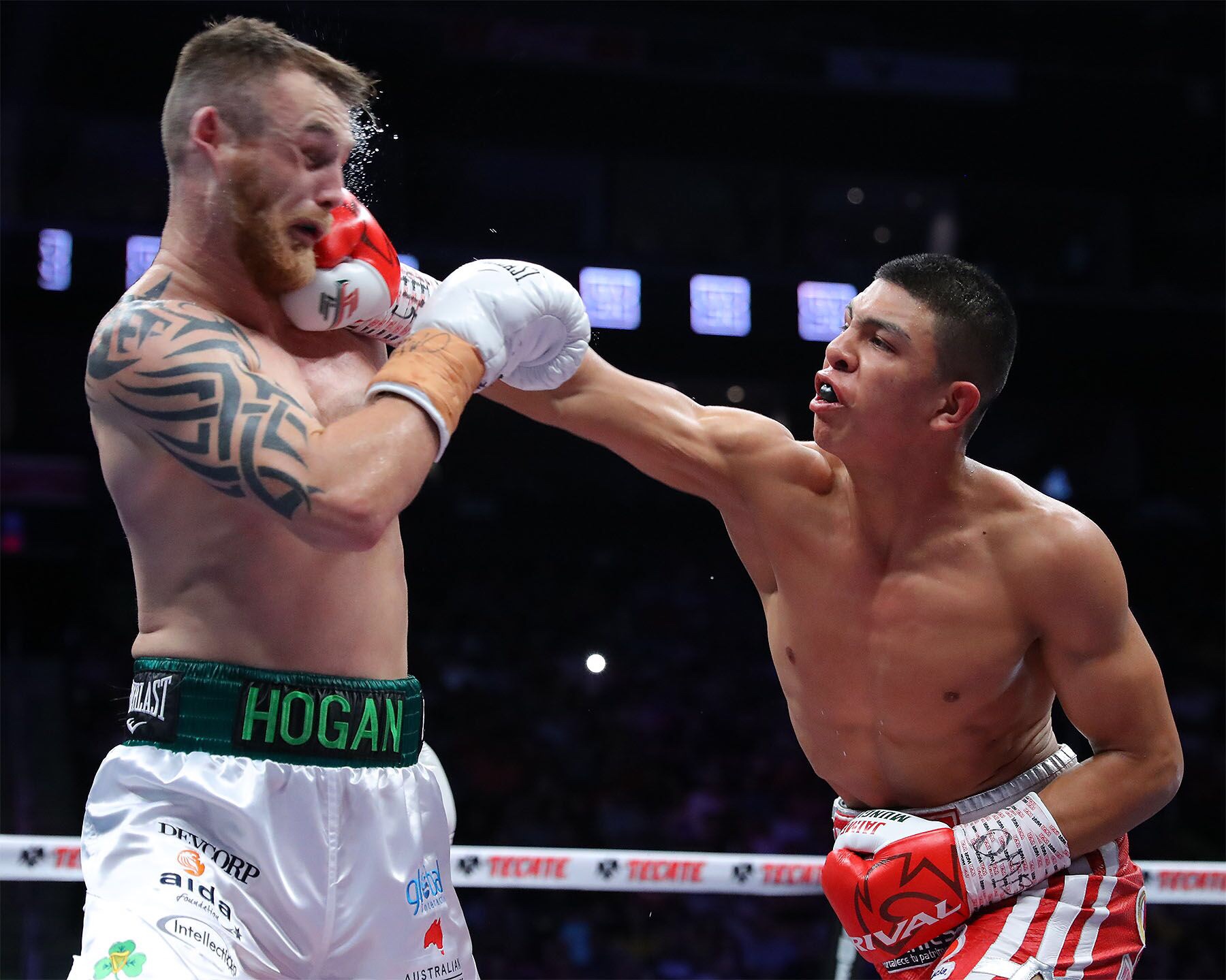 PHOTOS BY: TOM HOGAN FOR GOLDEN BOY PROMOTIONS
“Truthfully, as the round was coming to end, I thought it could be a draw,” said Jaime Munguia.“I decided to come out in the last round and give it my all for the victory, but truthfully it was difficult. I wanted to give the victory to my people. He would hit me in the head and then give me a low blow. He would also hold and not let me get in my rhythm. Either way, we must continue with our preparation. I learned a bit about getting frustrated from this fight and that was one of the problems. I also think I got a little bit tired. Trying to make 154 is having an effect on me. It could be my last fight at 154, but we have to talk about it with my promoter and we will see what happens.” 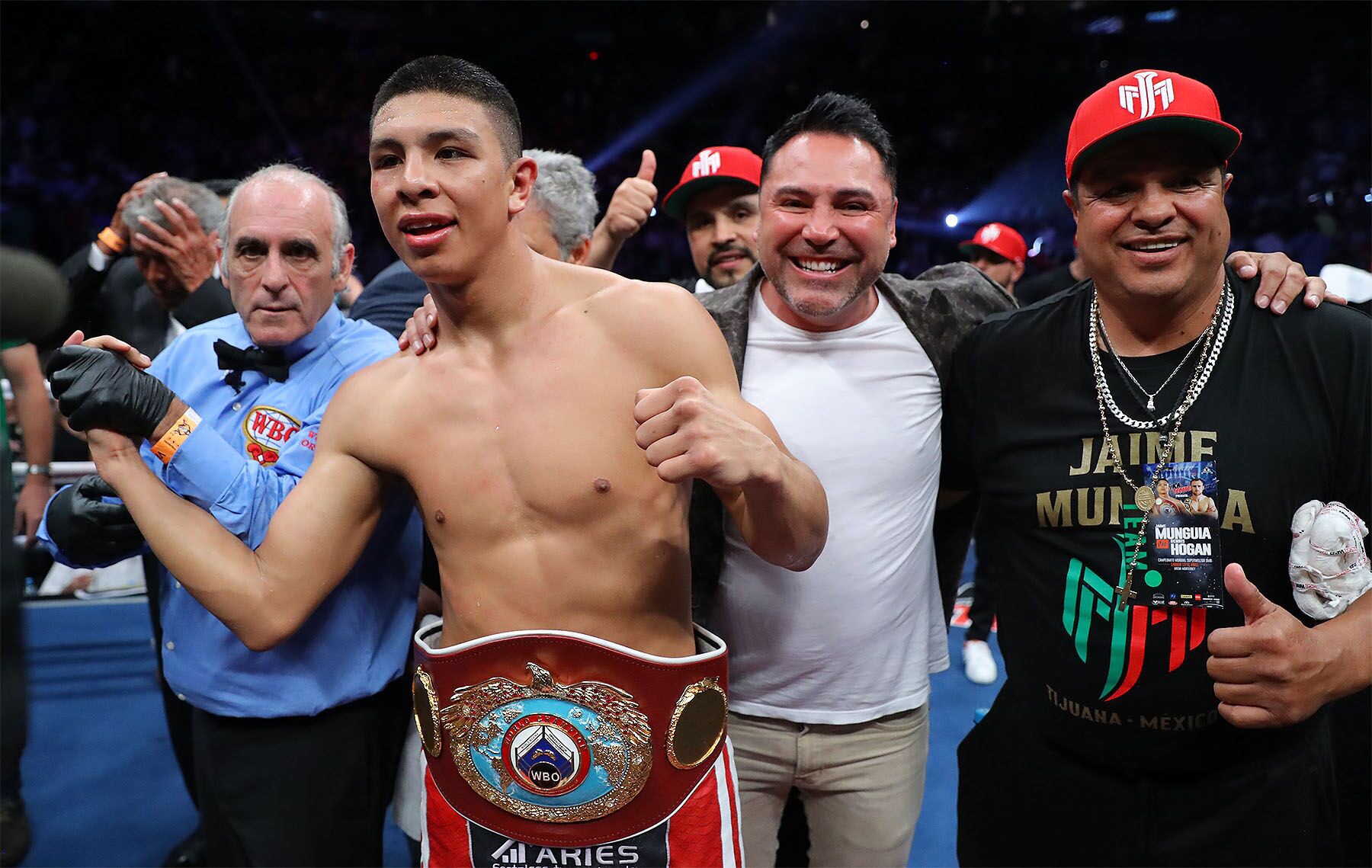 “I knew I won the fight. I’m really disappointed to train as a hard as I did and for this to happen,” said Dennis Hogan. “We came here in good faith, and no disrespect to the people who scored it, but that decision shouldn’t go through. This is bad for boxing, bad for me, and a rematch is accepted right away, no questions asked. Yousaw the game plan. It was keep moving and land more shots. Every time I knew I was doing that. His power didn’t faze me at all because I’m moving, rolling with the punches, doing what I was doing. He’s a great fighter, but I could see it in his eyes he knew he was losing. At times he was acting desperate. I wasn’t even worried that much, no disrespect, but I could take his shots and I was landing more than him. Get CompuBox to properly count the punches. You’ll see I was winning that fight, I was so comfortable in there.”
In the co-main event, the scheduled 10-round featherweight battle between Diego De La Hoya (21-0-0-1, 10 KOs) of Mexicali, Mexico and Enrique Bernache (24-12-0-1, 12 KOs) of Guadalajara, Mexico ended in a no contest at 2:25 of the second round. The fight was stopped after a clash of heads caused a nasty cut on Bernache’s forehead. 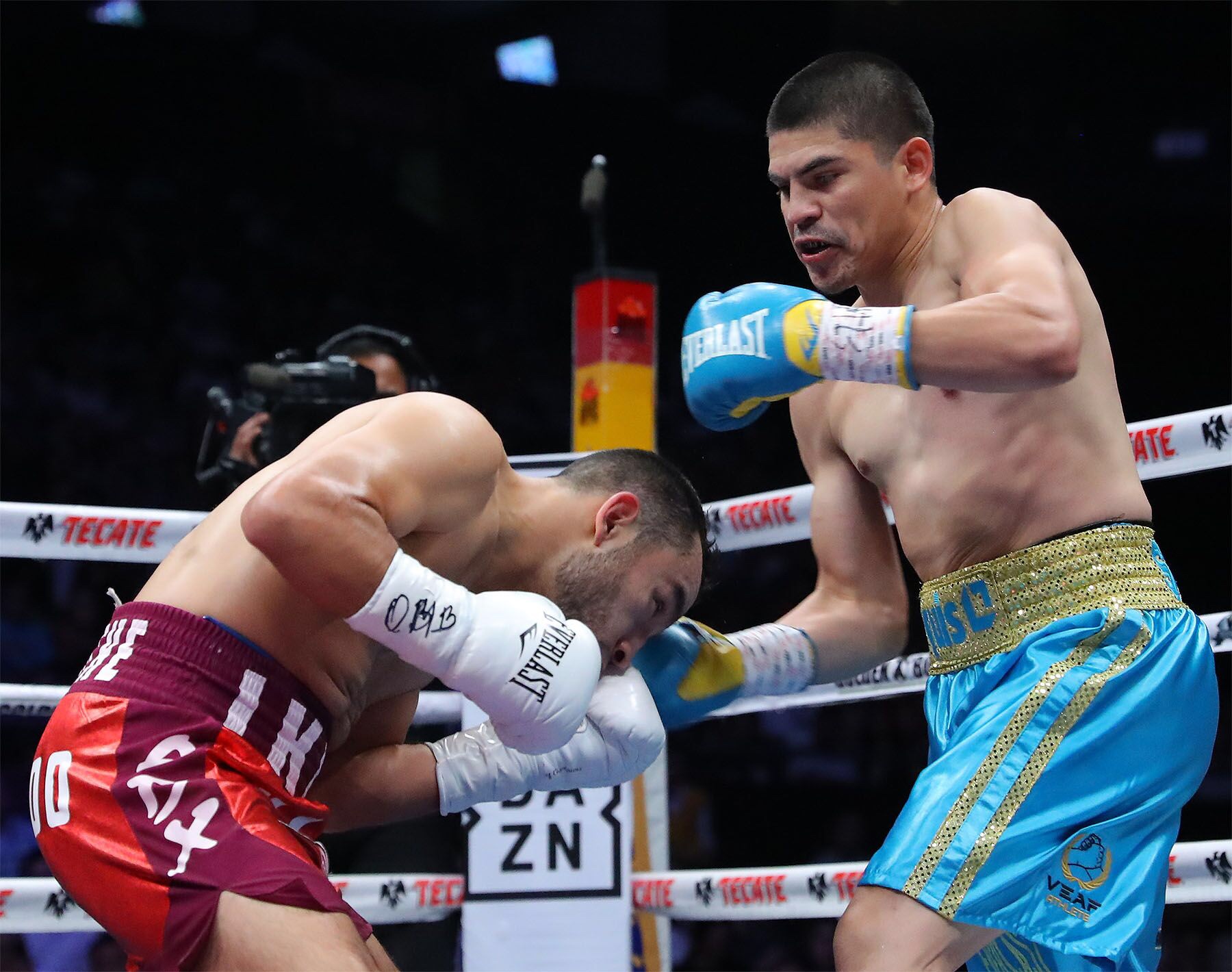 “I feel bad. I put all the sacrifice into camp and put all the effort into camp,” said Diego De La Hoya. “I feel very bad. I knew this would happen because of the head butt. I feel very bad. You know he came in with his head, and I didn’t feel it. We bumped heads, and he started bleeding a lot. So truthfully it didn’t bother me. I want to fight, and I want to fight again. I feel bad for all the people that came here. Things happen in boxing, but I just want to fight again!”
Patrick Teixeira (29-1, 22 KOs) of Sao Paulo, Brasil retained his WBO Latino Junior Middleweight Title with a 10-round majority decision win against Enrique Bernache (24-12, 12 KOs) of Guadalajara, Mexico. The judges scored the fight 95-95, 96-94, and 96-94. 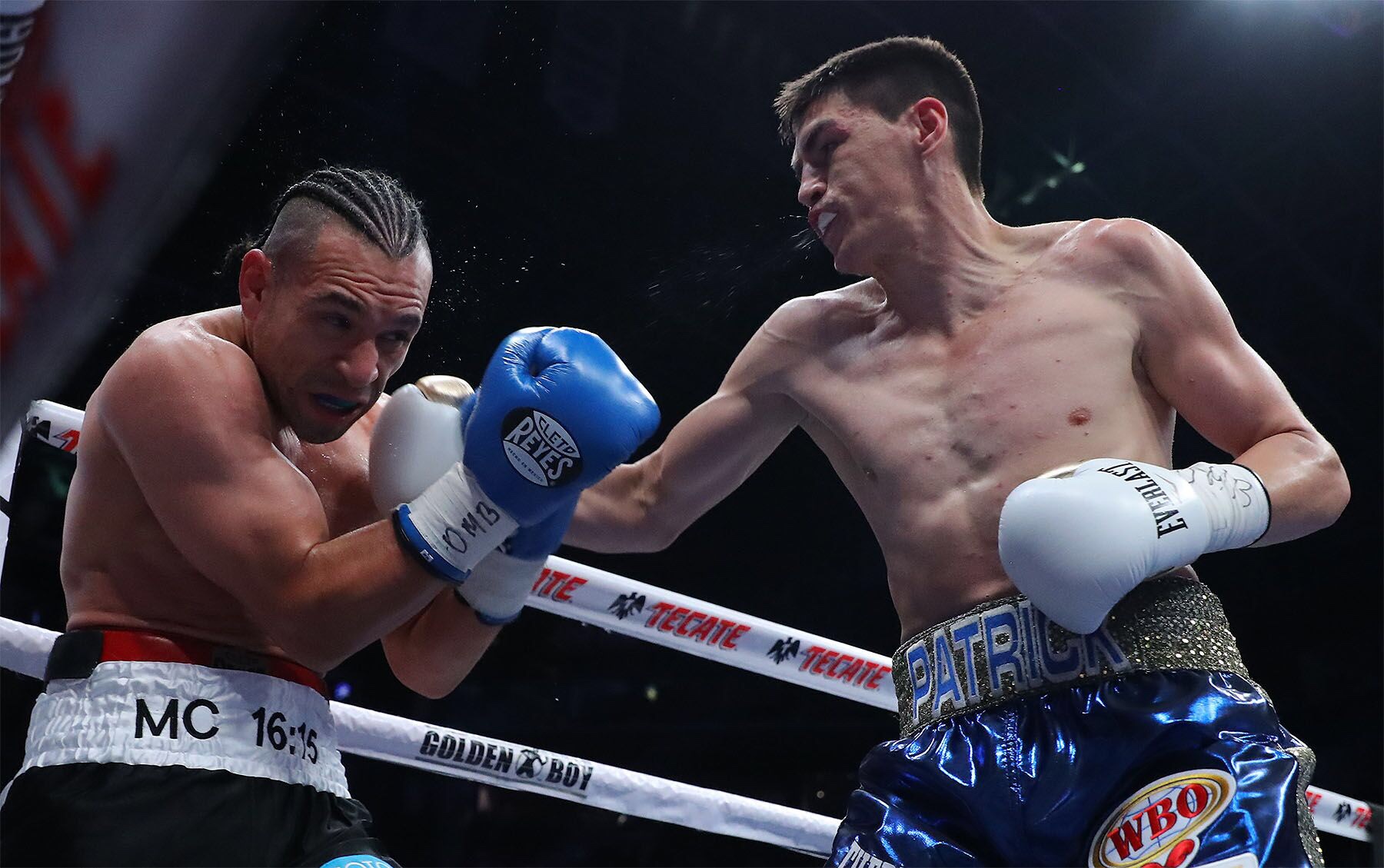 “Lozano was difficult,” said Patrick Teixeira.“I was trying to keep my distance with jab, and many times I couldn’t keep the long distance. It was just difficult. Every time I tried to cut the distance he would come with an overhand and use his head, so I had to jump back.”