At the Banc of California Stadium’s Founders Club, this is what the fighters had to say.

“The reality is that my life has changed a lot in these last eight months. The fact that I have become world champion and that I have won over a wide margin to Isaac Dogboe, who came from beating Jessie Magdaleno, makes me very happy. I feel very satisfied with the results we have achieved for the hard work we have done in recent months.” 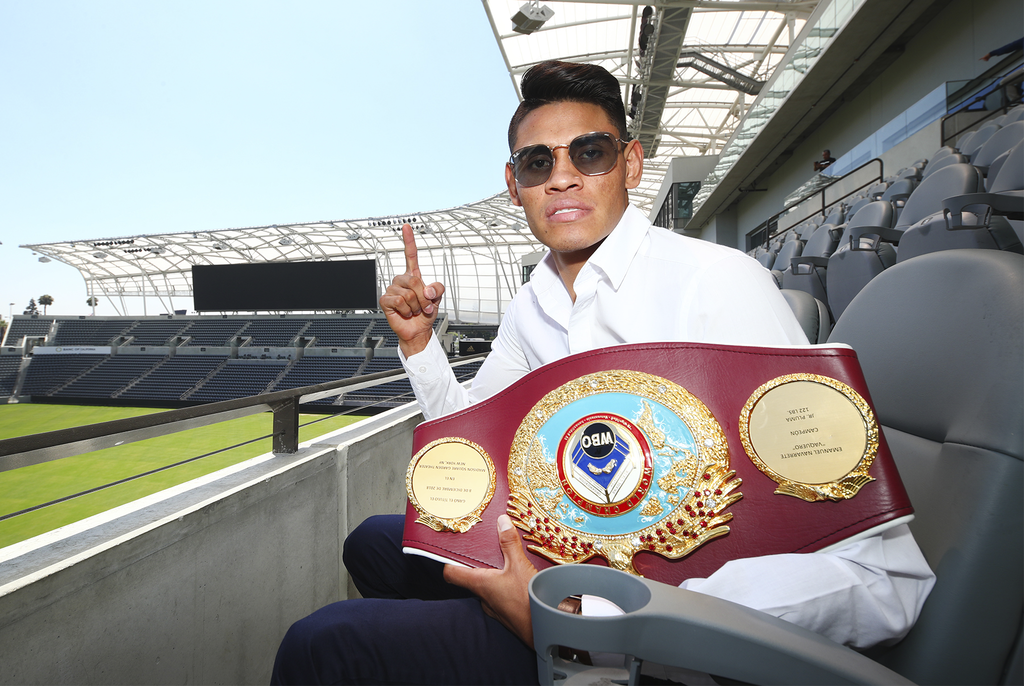 “The truth is that it doesn’t matter who is my opponent. I always prepare 100% for each of my fights, and this was no exception. We already did the hard work in the gym, and we are ready for a great fight. If De Vaca comes to fight hard, I am prepared to go even harder. I’m ready to give a great battle to all the fans.”

“I’ve said it several times already: If the other champions of the division don’t want to accept the challenge of unifying titles, I will be moving up to the featherweight division. If everything goes well on Saturday, maybe I will make another fight in the super bantamweight division, but if I don’t get a unification fight, I would go up to 126 pounds.”

“I’m grateful for this opportunity. I’m ready! I wanted to fight for a world title since I was 5 years old, and now that we have the opportunity, we are going to make our dream come true this Saturday. Come Saturday, there will be a new world champ for Phoenix and Michoacán. I’m coming for that world title.” 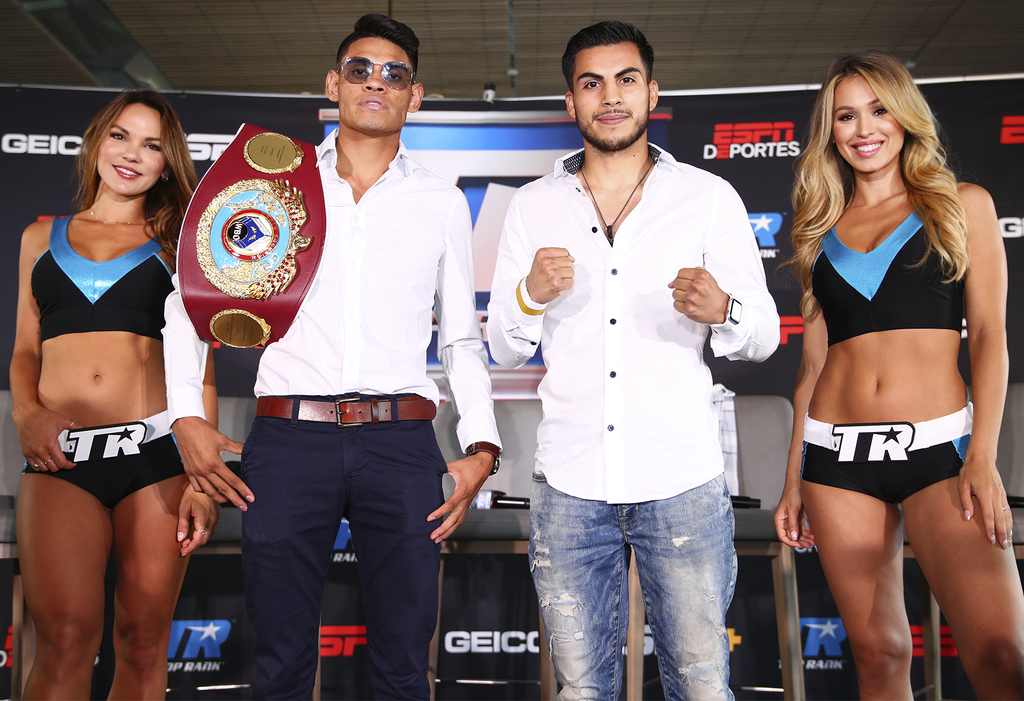 On his first 12-round fight

“I feel like I’m debuting all over again. We are ready! I’m going to give everyone a great show. I’ve focused on preparing very well mentally because physically I’m always ready. You will see that come Saturday night.” 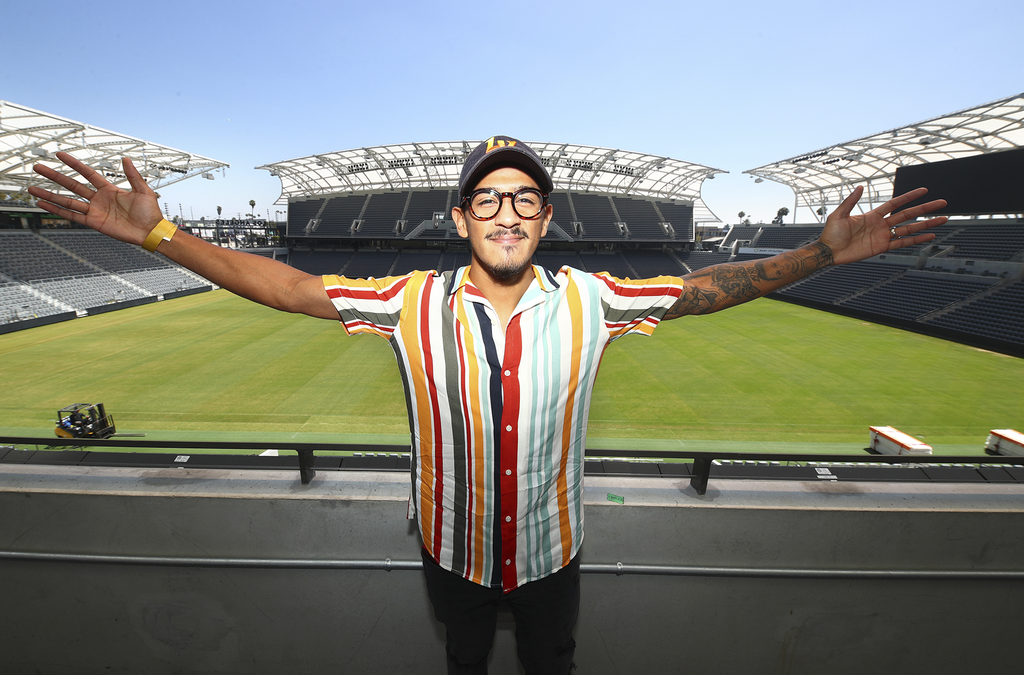 “I don’t take none of these guys lightly. Every opponent is difficult. He’s fought great fighters. He’s been in there with great fighters and done a hell of a job. I can’t overlook him because he’s here to put on a great show as well. He throws a lot of punches, and he’s quick. That’s what I am, and that’s what is going to make a hell of a fight for this fight card.”

“I’m hoping once this fight goes through, everything goes well, God willing we come out with the victory, I’m hoping it puts me at the top of the spots in all the rankings, all the titles, so I can come back and be a two-time world champion.”

“I’m very grateful and happy for the opportunity that Top Rank has given me. Fighting on the first card here is a big opportunity on a big stage, and I’m going to take advantage of it.” 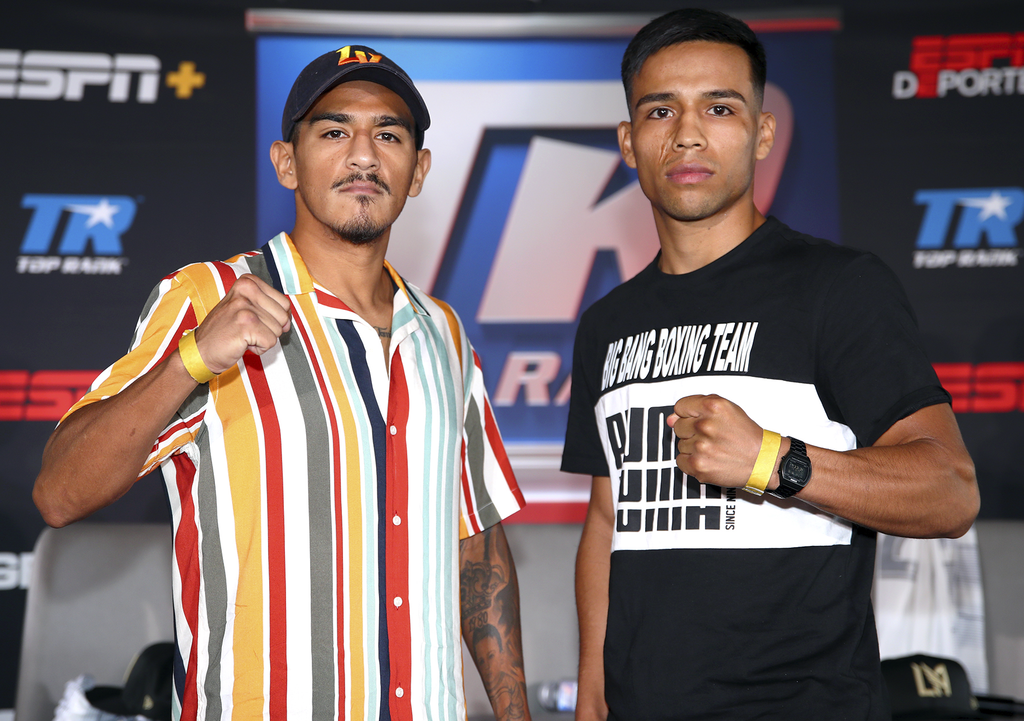 “Jessie is a good fighter. I’ve seen him fight before. He’s an aggressive fighter, but I’m just here to do my work.”

“I’ve been fighting against top-level fighters for a long time, so I feel confident and secure that whether it’s against a world champion or a former champion, I’ll put up a good fight.”