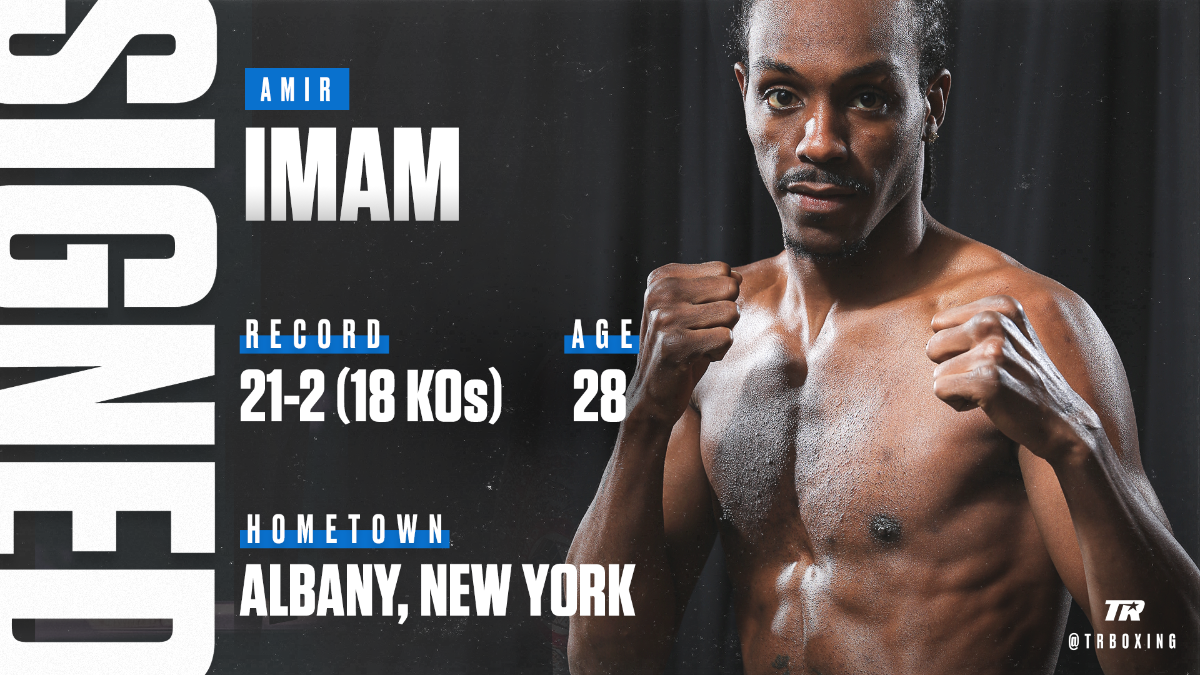 Imam (21-2, 18 KOs) has been out of the ring since March 17, 2018, the evening he challenged Jose Ramirez for the vacant WBC super lightweight world title. He lost via unanimous decision in a brutal toe-to-toe battle to Ramirez, who is currently the unified WBC/WBO 140-pound world champion.

Imam will campaign at either super lightweight or welterweight, and he recently enlisted the services of South Florida-based manager Peter Kahn. He is expected to make his long-awaited ring return later this year.

“I am grateful to have joined the best promotional company in boxing. I have learned a lot from my past fights and have made positive changes that will allow me to succeed as I move forward to my goal of becoming a world champion,” Imam said. “I’m eager to get back into the ring before the end of the year and showcase my skills as part of the Top Rank team. I’m looking forward to seeing what the future holds for me.”

“Amir Imam is a naturally gifted fighter who can best be defined as potential unrealized to this point in his career,” Kahn said. “He has the physical and mental tools to be a world champion. He’s a perfect fit for Top Rank. Whether Amir continues to campaign at super lightweight or welterweight remains to be seen, but the fans will see a rejuvenated, well-prepared Amir who is on a mission to be a world champion.”

Imam, from Albany, New York, knocked out 12 out of his first 13 opponents in the paid ranks, and won an eight-round unanimous decision in 2014 over Yordenis Ugas, who is currently one of the welterweight division’s top contenders. He scored highlight-reel knockouts over Jason Robinson and Fidel Maldonado before being stopped in shocking fashion by Adrian Granados in 2015. Imam rebounded with three consecutive knockout wins before locking horns with Ramirez in a memorable clash at Hulu Theater at Madison Square Garden.