BLAIR COBBS TO RETURN ON FELICIANO VS GAMEZ CARD AUGUST 22 IN INDIO, CA

LAS VEGAS, NV (August 6, 2019) – Undefeated welterweight prospect, Blair “The Flair” Cobbs (11-0-1, 7 KOs), who is managed by Prince Ranch Boxing and promoted by Golden Boy Promotions, returns to the ring on Thursday, August 22, 2019, at the Fantasy Springs Resort and Casino in Indio, CA.   Cobbs will face fellow undefeated foe Steve Villalobos (11-0-1, 9 KOs) in a 10-round bout. On the line will be Cobbs Jr. NABF title. 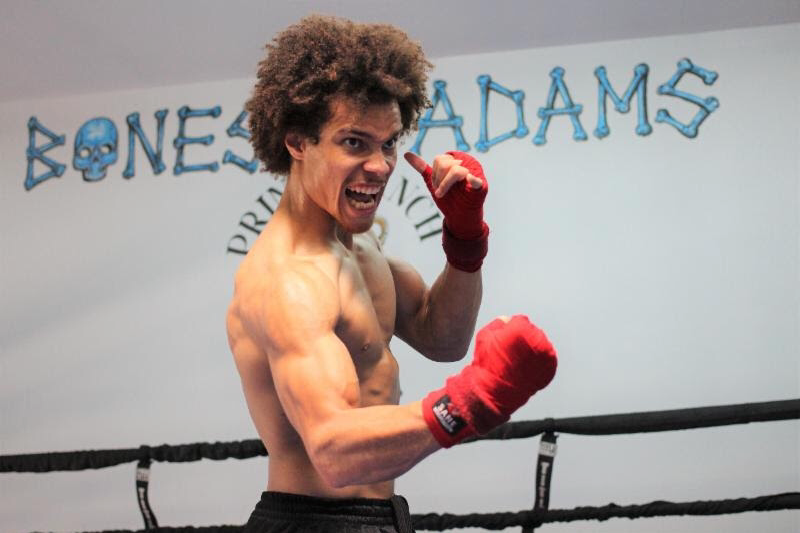 Cobbs vs. Villalobos will be shown live on RingTV.com and on Facebook Watch via the Golden Boy Fight Night Page beginning at 10:00 p.m. ET/7:00 p.m. PT.
Cobbs, who is also advised by Shahid Malik of 2930, is coming off two impressive wins. In his last bout, he scored a sixth round KO against Robert Redmond Jr (7-2-2, 6 KOs), and before that he soundly defeated former undefeated prospect, Ferdinand Kerobyan (11-1, 6 KOs), giving him his first loss as a processional. Cobbs is excited about facing another undefeated fighter and plans to end his unbeaten streak.
“Everyone knows I’ll fight anyone they put in front of me.” said Cobbs, who is known for being charismatic in the ring. “I’m looking forward to this fight with Villalobos, who is also undefeated. These are the type of fights where the cream rises to the top, and I won’t be left behind. I’m Blair “Anytime-Anywhere-The-Flair” Cobbs. Whoooo!”
“Blair Cobbs is on fire right now and he wants to show the world that he belongs with the best welterweights in the world.” said manager Greg Hannley of Prince Ranch Boxing. “A win against another undefeated fighter like Villalobos will surely be a statement victory. Look for Blair to shine on August 22nd.”
Feliciano vs. Gamez is a 10-round super lightweight fight presented by Golden Boy. The event is sponsored by Tecate “THE OFFICIAL BEER OF BOXING.” The fight will take place Thursday, August 22, 2019 at Fantasy Springs Resort Casino in Indio, Calif. The event will be streamed live on RingTV.com and on Facebook Watch via the Golden Boy Fight Night Page beginning at 10:00 p.m. ET/7:00 p.m. PT. The series will also be available on regional sports networks around the nation. To see when and where the series is available in your area, click here.
Tickets for the event are on sale and start at $25. Tickets will be available at the Fantasy Springs Resort Casino box office, by calling 1-800-827-2946, or by purchasing online at www.fantasyspringsresort.com.