Mick Conlan Improves To 12-0 With Belfast K.O. In Front Of 10 Thousand Irish

BELFAST (Aug. 3, 2019) —The sold-out crowd of around 10,000 at Falls Park came to see Michael Conlan put on a memorable show. Conlan, Belfast’s featherweight fistic superhero, stepped on the gas late and knocked out veteran Diego Alberto Ruiz in the ninth round of a scheduled 10-rounder Saturday evening under the lights.

With the win, Conlan (12-0, 7 KOs), who is ranked in the top 10 by two of the major sanctioning organizations, moved closer to a world title shot. 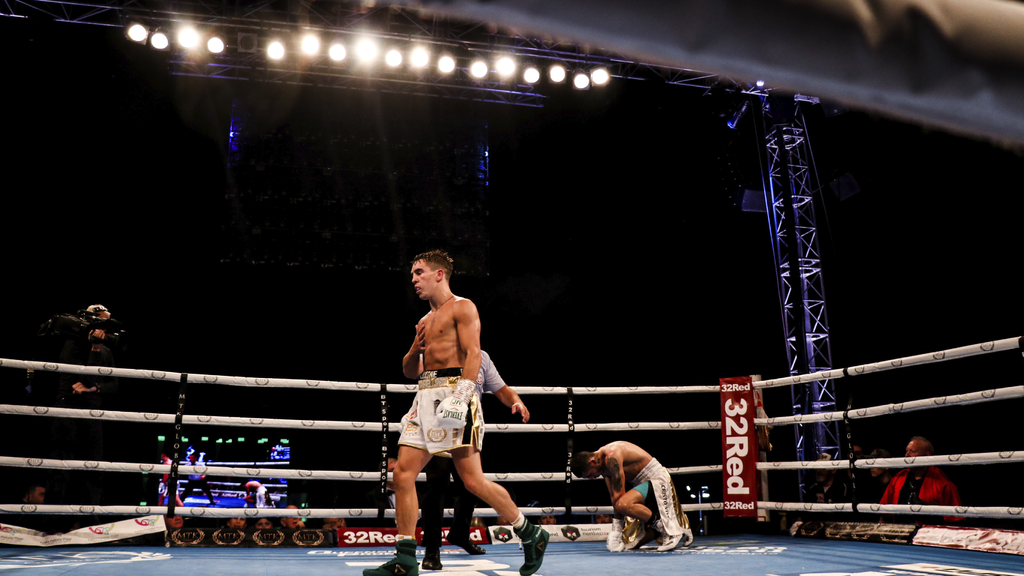 It was the second hometown bout of Conlan’s professional career, but this one was a particularly special occasion. The fight card was one of the premier events of the annual Féile an Phobail summer festival in West Belfast.

Ruiz (21-3, 10 KOs) attempted to move forward, but he was thwarted by the movement of Conlan, who alternated from orthodox to southpaw at times throughout the fight. Just as it appeared Ruiz was destined to go the distance, Conlan turned up the heat, knocked him down, and then forced a corner stoppage.

After the fight, this is what Conlan had to say: 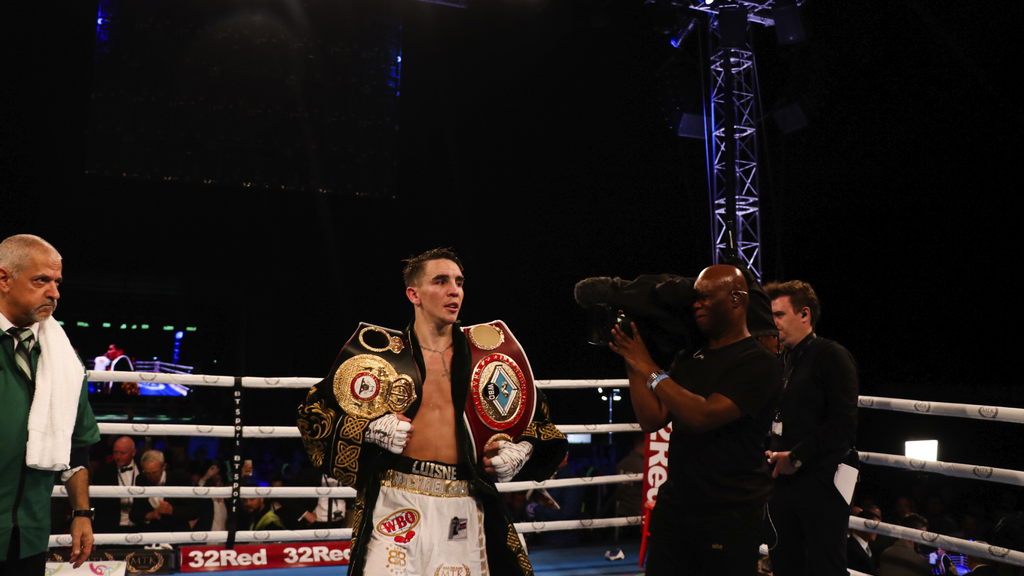 “I am a very adaptable fighter. I can box, and I can push the pace. In the end, I got the finish, so I’m happy that I figured it out. I worked it out and answered questions of myself. When he was hurt, I got the finish.”

“Before the fight, I was really nervous, I’m not going to lie. I wasn’t even acting like I wasn’t nervous. I was just myself. I was nervous today. I didn’t know what to expect. When I started my ring walk, that’s the stuff I live for.” 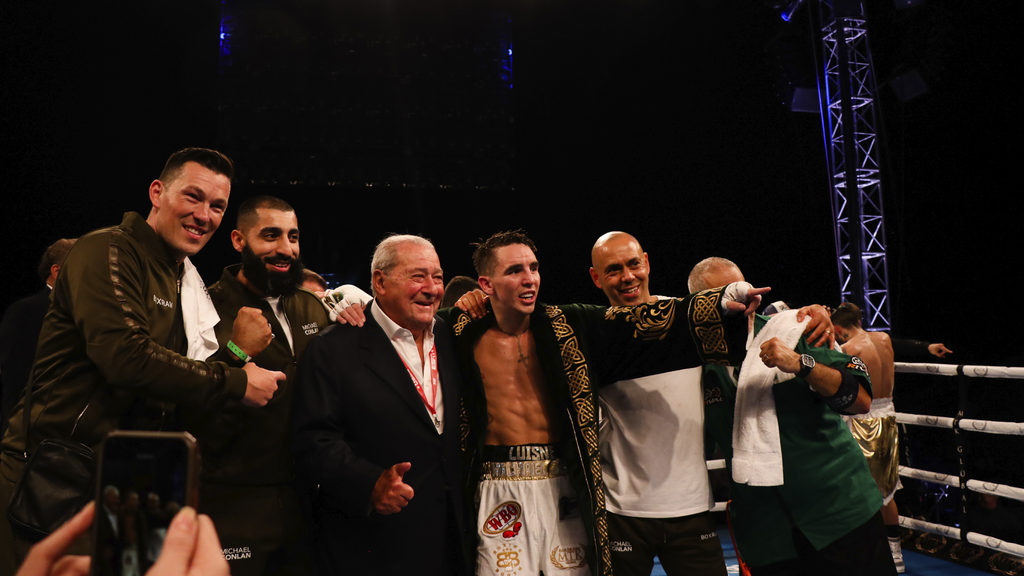 “{The atmosphere} didn’t scare me as much as I thought it would. The first two songs were unbelievable, and when the Red Hot Chili Peppers (“Can’t Stop”) kicked in for my ring walk, I said to myself, ‘This is the reason I picked that song.’”

“I’m prouder that I got the finish. I can box people and I want longevity in my career, but to get the finish was extra special, and I’m really happy I did.”