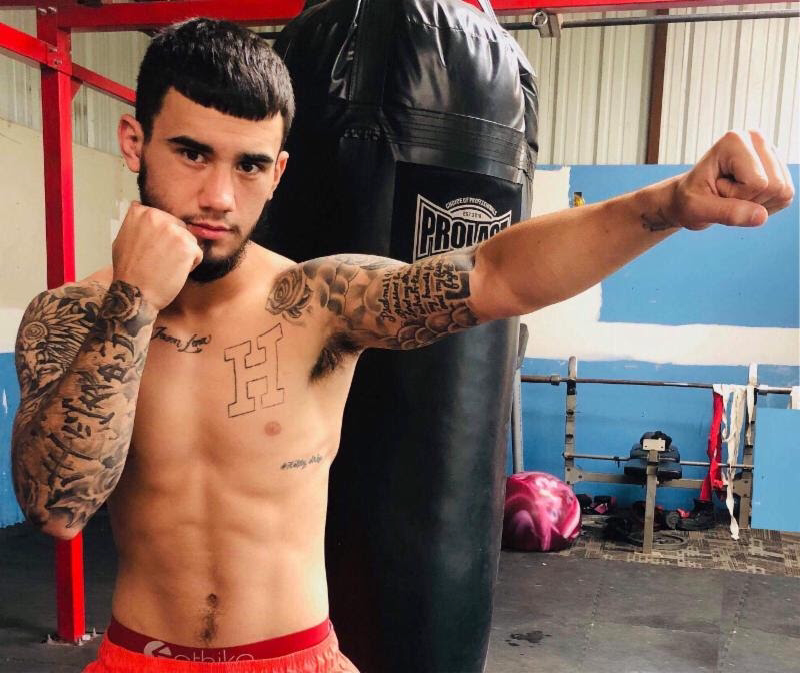 PHOTO COURTESY OF TEAM ARREDONDO
“Everyone knows I have a lot of personality and style,” said Arredondo. “I mean, look at my nickname “World-Star”, you don’t get that by being a regular fighter. I’m looking to show people why I got that nickname and the goal is to have another clip that goes viral after this fight.”
“Henry is a showman and he is very excited for this upcoming fight,” said Rick Nunez, Arredondo’s trainer. “He has put the work in and now it is time for him to show his skills in his first six-round bout, right here in his hometown of San Antonio.”
Arredondo believes that going two extra rounds will allow for more chances for a stoppage.
“I am learning the pro game and I have a style in which I break opponents down and it might take some time to see me stop someone,” Arredondo continued. “I feel with two more rounds added, I can get more knockouts and show out to the best of my abilities.”
In the six-round main event, San Antonio’s Selina Barrios (5-1, 3 KOs) will face Nina Gallegos. Arredondo vs. Moreno will serve as the co-main event.
August 2nd Weigh-Ins for this event will take place at “Perfect Score San Antonio” located at 6420 Northwest Loop 410 Ste 108, San Antonio, TX 78238 at 12:00 noon CT. Tickets priced $25 + fees are available HERE or by calling Rick Nunez at (210) 605-8933. Doors open at 5:30 pm first bell at 7:30.