Gervonta Davis In Camp For July 27

BALTIMORE (July 19, 2019) – Two-time Super Featherweight World Champion Gervonta “Tank” Davis participated in an open to the public workout on Thursday evening at his Baltimore training camp where he donated tickets to a local charity for his homecoming title defense against mandatory challenger Ricardo “Cientifico” Núñez on Saturday, July 27 live on SHOWTIME from Royal Farms Arena in Baltimore in an event presented by Premier Boxing Champions.
Davis donated 100 tickets to the staff and beneficiaries at WIN Family Services. WIN (What I Need) is a Baltimore-based organization that helps “support and strengthen youth, families, organizations and communities through the creation of innovative services, products and initiatives.” 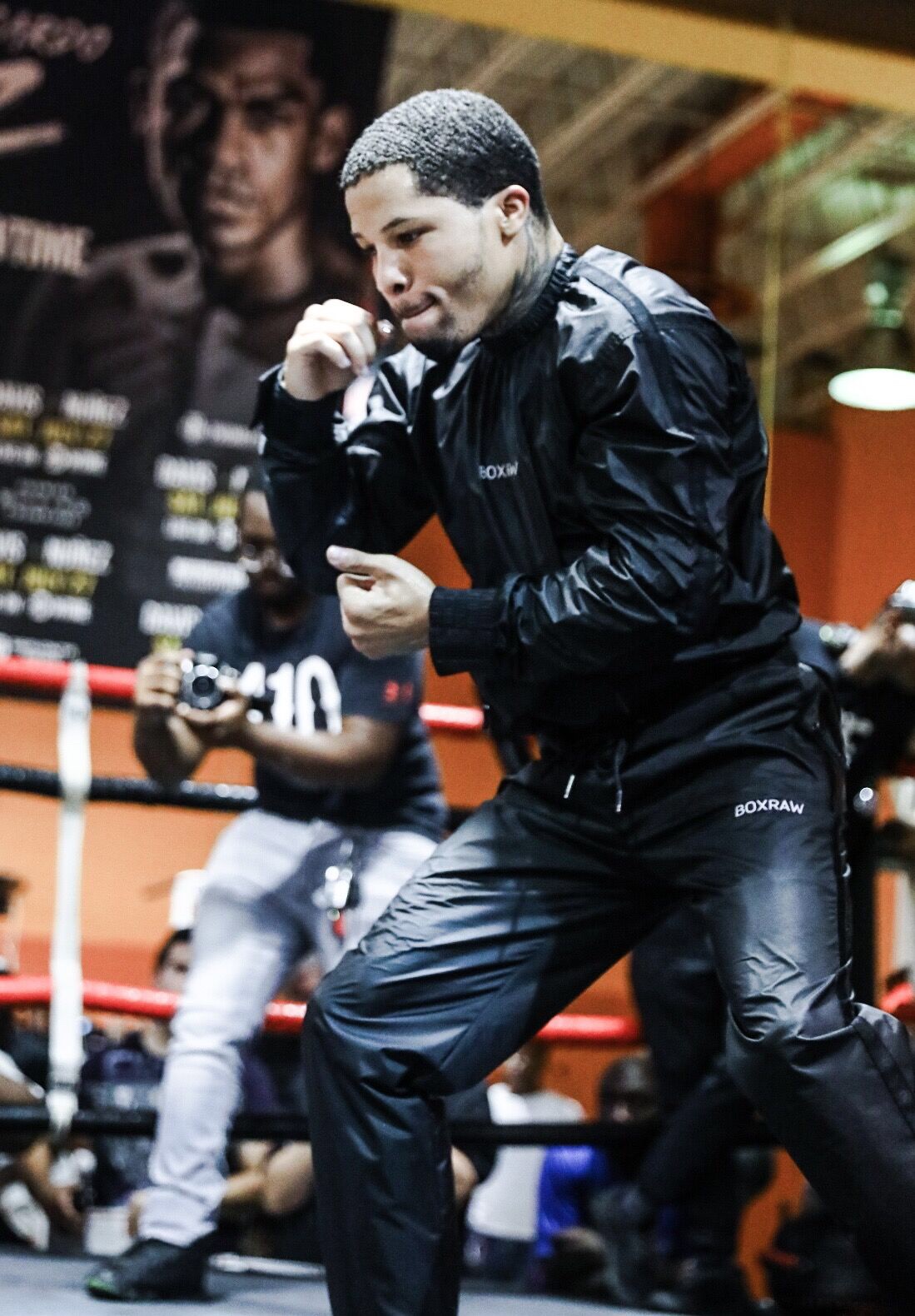 PHOTOS BY: MAYWEATHER PROMOTIONS
Also in attendance at the media workouts were fighters competing on the July 27 undercard including unbeaten welterweight prospect Richardson Hitchins, super lightweight Kareem Martin, Baltimore super featherweight Malik Warrenand unbeaten super lightweight prospect Malik Hawkins.
Hitchins will take on Tyrone Crawley in a fight that will be featured on SHOWTIME CHAMPIONSHIP BOXING COUNTDOWN beginning live at 6:30 p.m. ET/3:30 p.m. PT on SHOWTIME Sports social media platforms.
SHOWTIME CHAMPIONSHIP BOXING begins at 9 p.m. ET/6 p.m. PT and will feature the youngest reigning American world champion in Davis, as he becomes the first titlist from Baltimore to make a homecoming defense in nearly 80 years.
Tickets for the event, which is promoted by Mayweather Promotions and TGB Promotions, are on sale and can be purchased at Ticketmaster.com or at the Royal Farms Box Office Monday through Friday from 10 a.m. ET to 5 p.m. ET.
Here is what he said about his upcoming defense from training camp with trainer Calvin Ford and undercard fighters at Upton Boxing Center in Baltimore Maryland:
GERVONTA DAVIS
“My brothers helped me get prepared for this and I prepared them, mentally and physically. We are all ready to put on a show July 27. 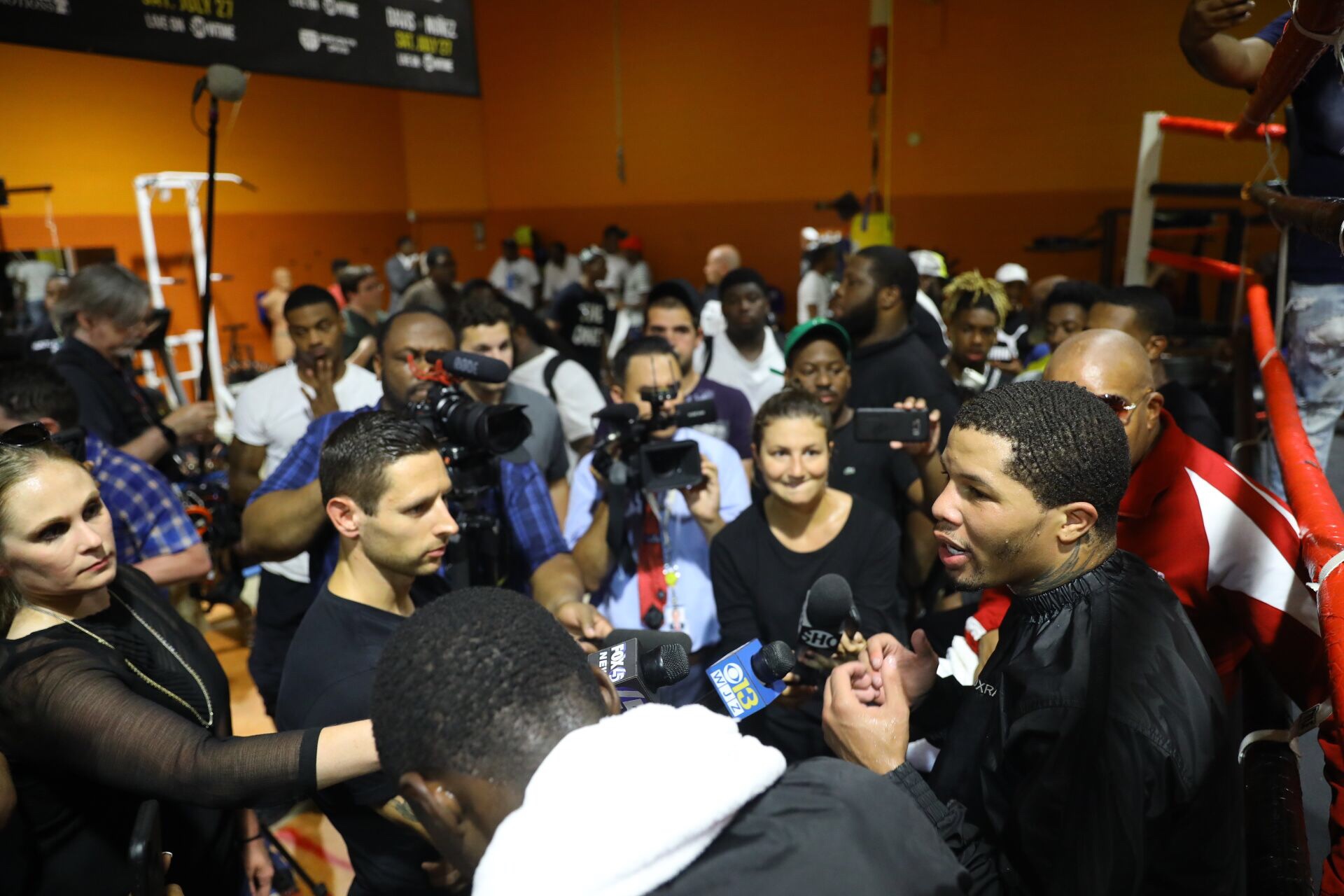 “To be honest, it’s not just about this fight. It’s about maturing as a fighter. I am 24 years old now, I will be 25 in November. I have a daughter who turns 1 the 20th. I have matured not only as a man but as a fighter as well. Coming back home has humbled me a lot. I am just so ready.
“I know what’s in front of me. I am living in the moment right now. I know what I have to focus on now. I know it’s a big task in front of me, now and in the future. But my focus is on right now. I feel like the love is here right now and I don’t want to look past that. I want to soak it all in. 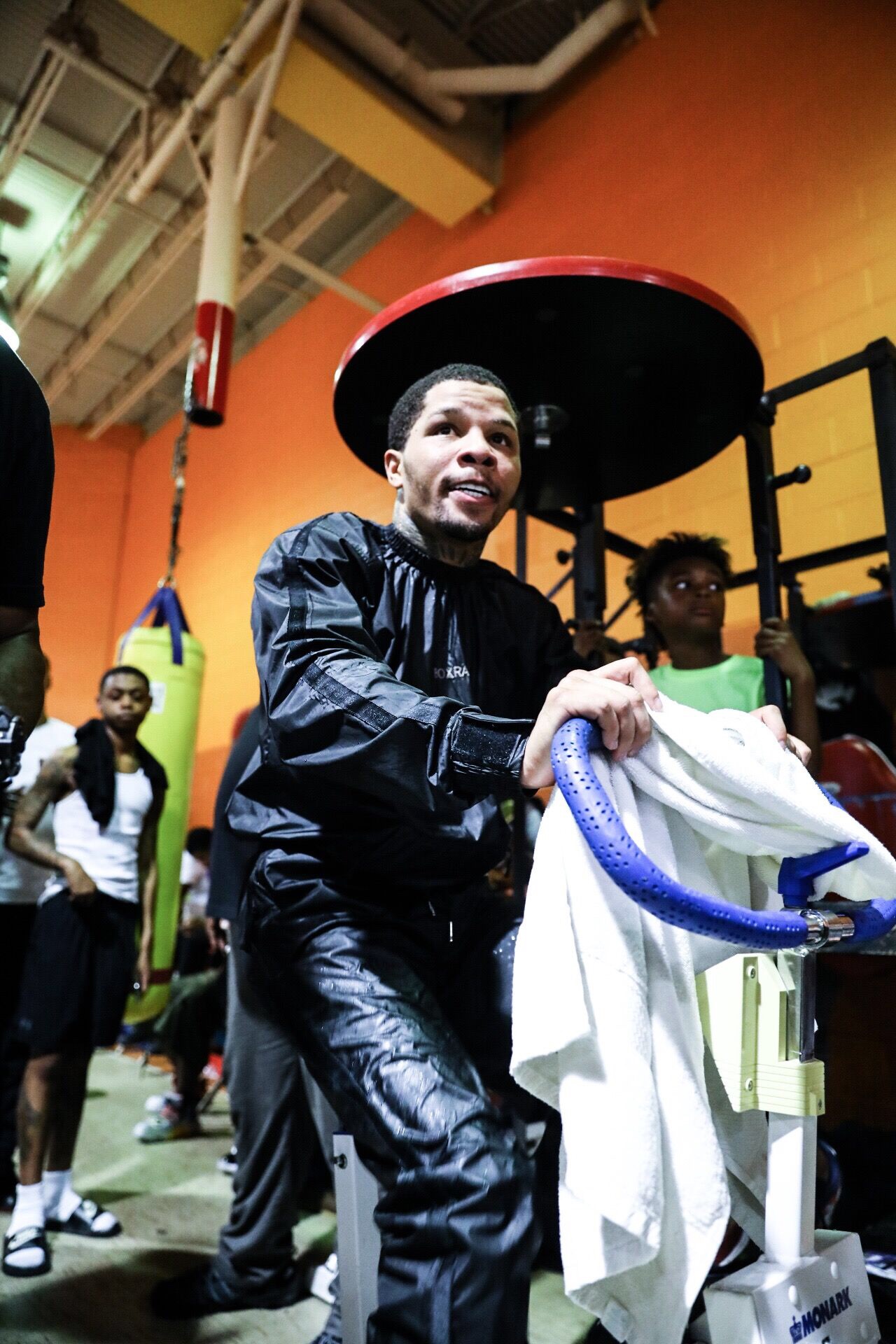 “Being the face of boxing is a fight away. I am just young. You have to win and you have to look good. We all know that when I am in there, I am exciting.
“When I am fighting July 27, it’s not just me. We have 10 people on the card. It was never about me. I was always the guy that wanted to help the people around me. When you’re here at the top alone, who’s going to push you? You have to always push yourself. When you have people like Richardson, he’s hungry and I need the young guys under me to keep pushing me, because I am pushing them.
“We are all working on the same goal. If ‘Tank’ can do it, I can do it. And if Richardson is working hard, and I am keeping up with him, then I can keep up with the next generation.
“It feels good. It’s not about everybody coming to see me. I want to be able to bring out a good crowd with positive energy. I want to make it feel like we are all a part of the dream. You aren’t coming to watch just one or two fighters. I want it to be like a family reunion.
“Richardson and I drive to the gym together but when we come to the gym it’s like we are meeting up with our friends. It’s nothing but great energy. We all have high spirits. We are mentally and psychically ready. We feel the love and support.
“I am definitely open for 130-pound title unifications. I believe I haven’t done enough at 130. I would say I have about three or four more opponents that are champs at 130 that I want.
“I would like to fight Tevin Farmer. I had the IBF before he fought for it when it was vacant. I think he didn’t really earn it. I want to be able to put up both of our belts and may the best man win.
“There’s no pressure on me and even if there is pressure, it’s good pressure. I am around family and love and my brothers. I want all of my brothers with me. I am not fighting alone. We are all fighting together. I will be there with them. It’s all love. We are spreading love.”