Kingston, Jamaica (July 10, 2019) – Undefeated heavyweight Vladimir Tereshkin is officially set for his debut under the banner of Ronson Frank’s Uprising Promotions this Saturday night. The versatile Russian will look to keep his unbeaten record intact when he faces knockout artist Williams Ocando (21-8, 17 KOs) of Venezuela at the Ambassador Theatre in Kingston, Jamaica. 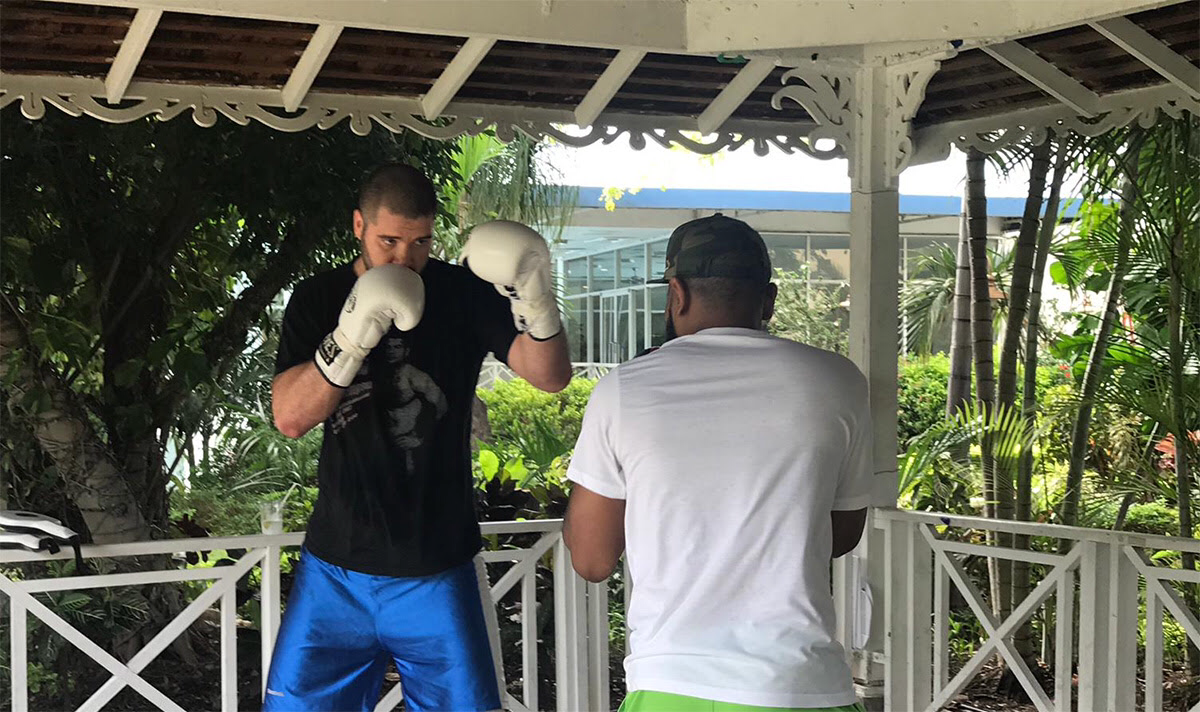 “We as a promotional company are very excited about Vladimir making his Uprising debut,” said Ronson Frank, President of Uprising Promotions. “He put in a lot of hard work during his training camp in New York. He got in some great sparring, and he is now ready to showcase his abilities. We expect a positive result on Saturday night, and then we will look to move Vladimir onto bigger opportunities in the heavyweight division.”

Tereshkin touched down in the United States this past April, and he has been working with trainers Raul Frank and Colin Morgan since his arrival. Before heading down to Jamaica, his camp was based out of Bout Fight Club, which is located on Fulton Street in New York City. He was also traveling to Gleason’s Gym in Brooklyn for additional sparring.

After turning professional in 2007 at the age of 19, Tereshkin has remained undefeated over the first 12 years of his career. The Russia native has fought in seven different countries during his pro campaign, including his American debut in 2010 when he dominated Joseph Rabotte at the Hard Rock Hotel and Casino in Las Vegas. Tereshkin has knocked out three of his last four opponents, most recently stopping Tamas Bajzath in Latvia.

Tereshkin stands 6-foot-6 and has the versatility to box from both the southpaw and orthodox stances. He consistently turned the heads of two of the most dominant heavyweights in recent boxing history, regularly working as a chief sparring partner in world championship camps for International Boxing Hall of Famer Vitali Klitschko and his brother, Wladimir, who will also be inducted into the Hall of Fame once eligible.

A decorated amateur fighter, Tereshkin eclipsed 200 wins and was a repeated medal winner and champion in both Russian and international competitions. He won his first national championship when he was just 15 years old, and he carried that momentum throughout a highly successful amateur campaign that led to worldwide notoriety.

Prior to Tereshkin vs. Williams, Uprising Promotions will be returning to Club Amazura this Friday night for another entertaining night of boxing in association with The New Mexican Promotion. Club Amazura is located at 91-12 144th Place in Jamaica, Queens.