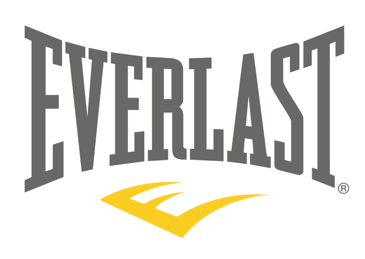 “This show will feature a number of fighters from our world-famous Gleason’s Gym Boxing Family, and we take particular pride in showcasing deserving boxers from our home market in New York City,” said Mark Fratto, Principal and Director of Business Development, Linacre Media. “Headliners like Long Island’s Williams and undefeated warriors like Queens’ Gonzalez and Brooklyn’s Francis and Lopez will make for an explosive night, free on Facebook.“
Now in its second season, FIGHTNIGHT LIVE Powered by Everlast is the fan-friendly Facebook platform that – among other aspects – prides itself on the real-time conversations held between fight commentators and the viewing audience. FIGHTNIGHT LIVE has showcased more than 620 fighters and 19 promotions during 38 live event broadcasts from 21 different cities since May 2017, and in doing so, the interactive platform has generated the loyal interest of fight fans from across the United States and around the globe, including significant audiences in Mexico, the United Kingdom and other parts of Europe, and even fans in South America, Asia and Australia.
Created and produced by Linacre Media out of New York City, the FIGHTNIGHT LIVE series features professional announcers, multiple camera angles, television graphics, replays and behind-the-scenes access and interviews. The streamed shows are available globally wherever Facebook is available. The initiative not only enables fans from around the world to tune in, but also gives up-and-coming fighters a global platform to showcase their abilities, gives promoters an accessible “broadcast” solution and gives sponsors the ability to reach a mass audience via branded content.
Additional FIGHTNIGHT LIVE Summer 2019 dates will be officially announced in the coming weeks.
FIGHTNIGHT LIVE is available online at: https://www.facebook.com/FaceFIGHTNIGHTLIVE/
Follow all the action via social media at FaceFIGHTNIGHTLIVEon Facebook, @FaceFIGHTNIGHTLIVE on Instagram and @FIGHTNIGHTLIVE_ on Twitter, or by using the hashtag #FIGHTNIGHTLIVE. For the latest Linacre Media events and broadcast schedule, follow @LinacreMedia across all social platforms or use the tags #LinacreMediaEvents or #LinacreMediaOnTV.
About Everlast Worldwide Inc.
The preeminent brand in boxing since 1910, Everlast is the world’s leading manufacturer, marketer and licensor of boxing, MMA and fitness equipment. From legendary champions Jack Dempsey and Sugar Ray Robinson to current superstars Deontay Wilder and Dustin Poirier, Everlast is the brand of choice for generations of world champion professional athletes. Built on a brand heritage of strength, dedication, individuality and authenticity, Everlast is a necessary part of the lives of countless champions. Based in Manhattan, Everlast’s products are sold across more than 75 countries and 6 continents. For more information, visit www.everlast.com.