Queens, N.Y. (July 5, 2019) – Ronson Frank’s Uprising Promotions will be returning to Club Amazura on Friday, July 12, once again presenting an entertaining night of boxing in association with The New Mexican Promotion. 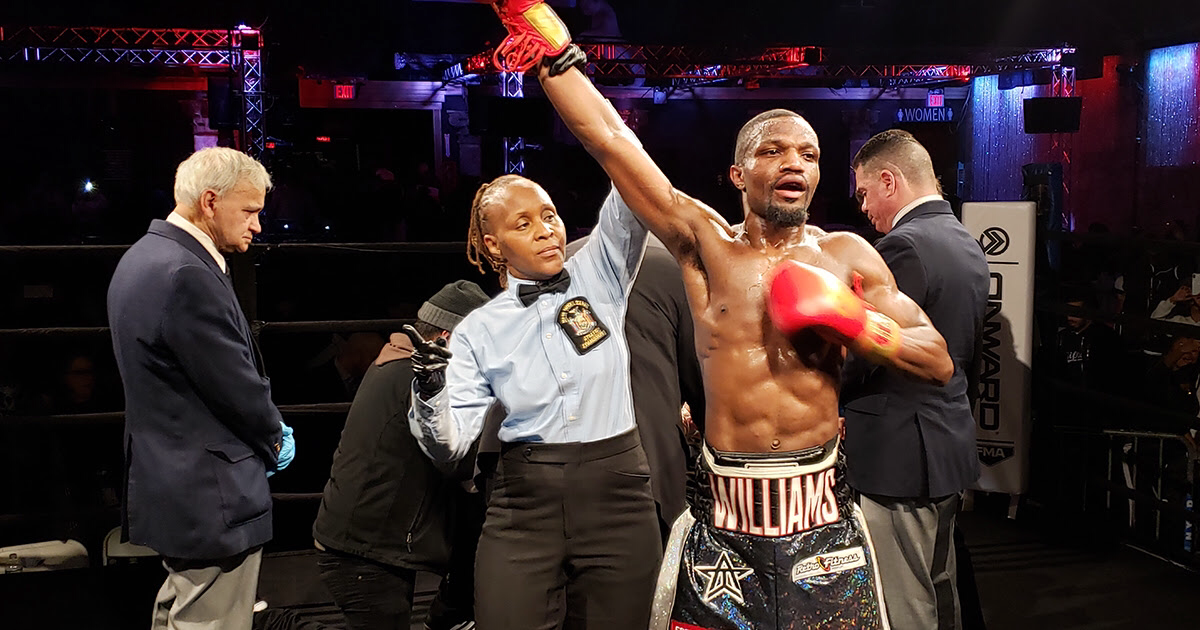 “We look forward to putting on another great night of fights alongside The New Mexican Promotion,” said Ronson Frank, President of Uprising Promotions. “We have a nice mix of local prospects and action fighters who should keep the fans on their feet throughout the whole card. We have received great support from the boxing community at each and every one of our shows at Club Amazura, and we do not expect July 12 to be any different.”

Long Island fan favorite Titus Williams (8-2, 3 KOs) will make his return to the ring on the card, facing Aaron Echeveste Lopez (6-3, 3 KOs) of Guanajuato, Mexico. Williams last competed this past March on an Uprising Promotions and The New Mexican Promotion show at Club Amazura, when he stopped Cristian Renteria in an exciting main event showcase. Just 22 seconds into the fourth round of that bout, Renteria stepped into a perfectly timed counter right uppercut from Williams that immediately sent him crumbling to the canvas. Referee Sparkle Lee never even started her count, waving off the fight to give Williams the knockout victory.

Undefeated super lightweight Mathew Gonzalez (8-0, 5 KOs) will also be back in action next Friday night. He will be looking to pick up the ninth consecutive win to start his professional career when he meets 30-bout veteran Federico Jesus Benjamin Malespina of Argentina. The Ridgewood, N.Y. native last fought this past March at Club Amazura as well, disposing of Gabor Kovacs in less than three frames. After putting Kovacs down in the second round, Gonzalez continued to overwhelm his opposition until the bout was halted with 34 seconds remaining in the third frame.

Two undefeated Brooklyn welterweights will also feature on this card. Cesar Francis (5-0, 4 KOs) looks to keep his perfect record intact by defeating 14-fight veteran Antonio Sanchez of Puerto Rico, while Paul Anthony (2-0, 1 KO) looks for his third consecutive win at Club Amazura when he steps into the ring opposite Earvin Young (1-0, 1 KO) of Milwaukee, Wisconsin.

Club Amazura is located at 91-12 144th Place in Jamaica, Queens. Sponsorship opportunities for this exciting night are still available for any companies or local businesses who are interested in showcasing themselves. To inquire about becoming a sponsor, call (516) 939-7861. For ticket information, call us today at (516) 939-7861.