LAS VEGAS (June 20, 2019) – Former world champion Jermell Charlo and hard hitting Jorge Cota took part in a media workout Thursday as they near their main event showdown that headlines Premier Boxing Champions on FOX and FOX Deportes this Sunday night from Mandalay Bay Events Center in Las Vegas.
The workout also featured former world champions Guillermo “El Chacal” Rigondeaux and Julio Ceja, ahead of their WBC Super Bantamweight world title eliminator, plus sensational unbeaten prospect Joey Spencer, who faces Akeem Black as a part of FOX PBC Fight Night on FOX and FOX Deportes beginning at 8 p.m. ET/ 5 p.m. PT.
Plus, undefeated rising prospect Chris “Primetime” Colbert showed off his skills as he prepares to take on Alberto Mercado on a special edition of FOX PBC Fight Night Prelims on FOX and FOX Deportes beginning at 7 p.m. ET/ 4 p.m. PT.
Tickets for the event, which is promoted by Lions Only Promotions, TGB Promotions and Mayweather Promotions, are on sale now and can be purchased at AXS.com.
Here is what the fighters had to say Thursday from Mayweather Boxing Club in Las Vegas:
JERMELL CHARLO
“I want to get him out of there. This is a fight to show that I’ve been back and I never left. I feel like the judges took my title, so all I can do is go in there and be me. 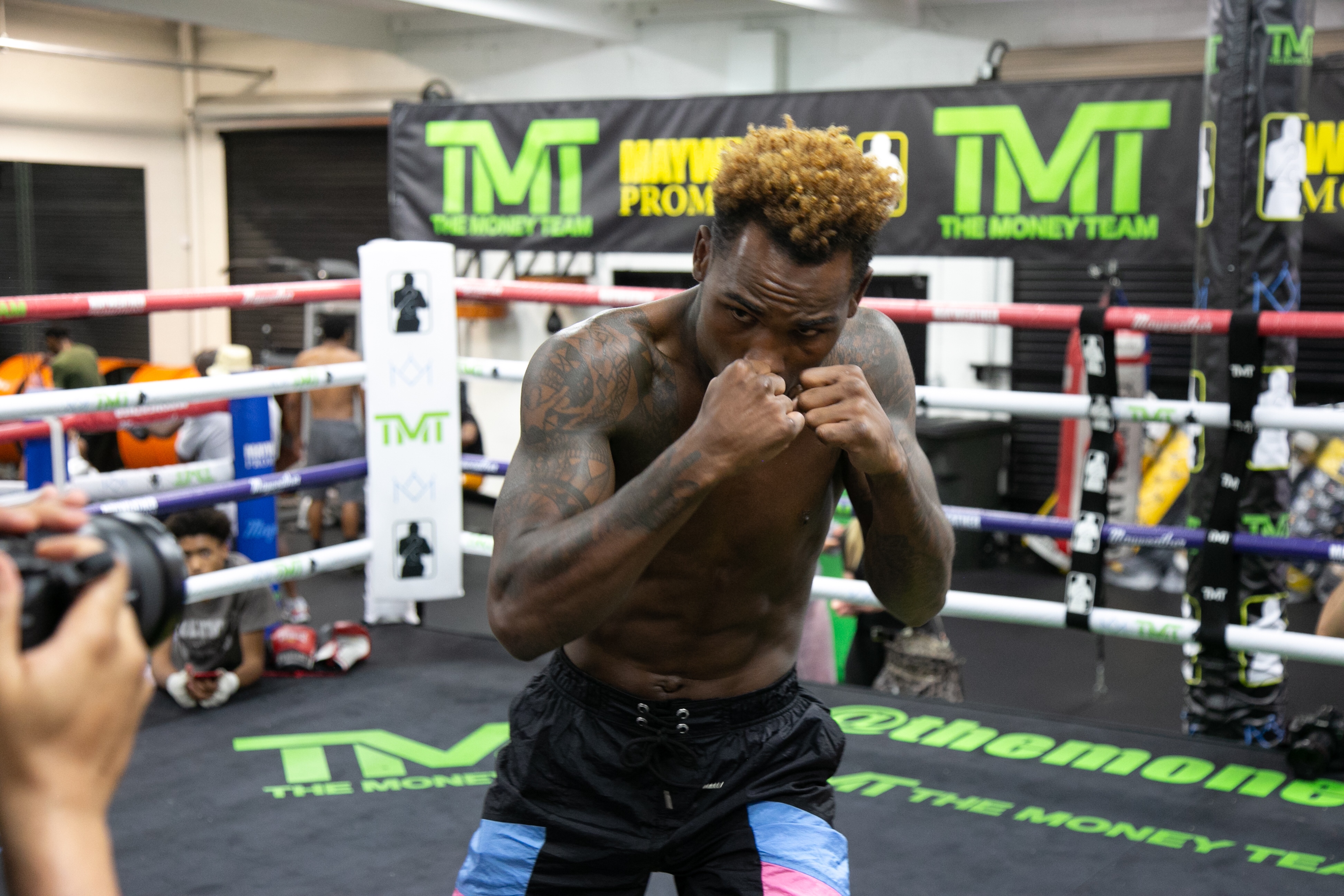 PHOTOS BY: Leo Wilson Jr. For Premier Boxing Champions
“It was a quick change to Cota, but I’m always ready for anybody. Tony Harrison could have gone in there fighting like Cota, so it’s no difference to me. I’m prepared for anything. This is just the kind of adversity that champions face.
“I’m going to establish my strategy and be prepared for a 12 round fight. If it comes down to it and I see the opening, I’ll go from there.
“Training camp was really good. I feel like I trained way harder than ever. I was determined to get my belt back, and I’m still determined to get my belt back. Nothing has changed for me. I’m going to give Las Vegas a show and let them know what Lions are about.
“Everyone’s going to see how hard I trained and think that Tony Harrison made the right decision not fighting me right now.”
JORGE COTA
“I don’t feel any pressure at all for this fight. On the contrary, I’m very motivated to spoil Charlo’s plans on Sunday night.
“This win would give me an opportunity to fight for a world title and that’s why I’m in this sport. I want to reach the top and become world champion. 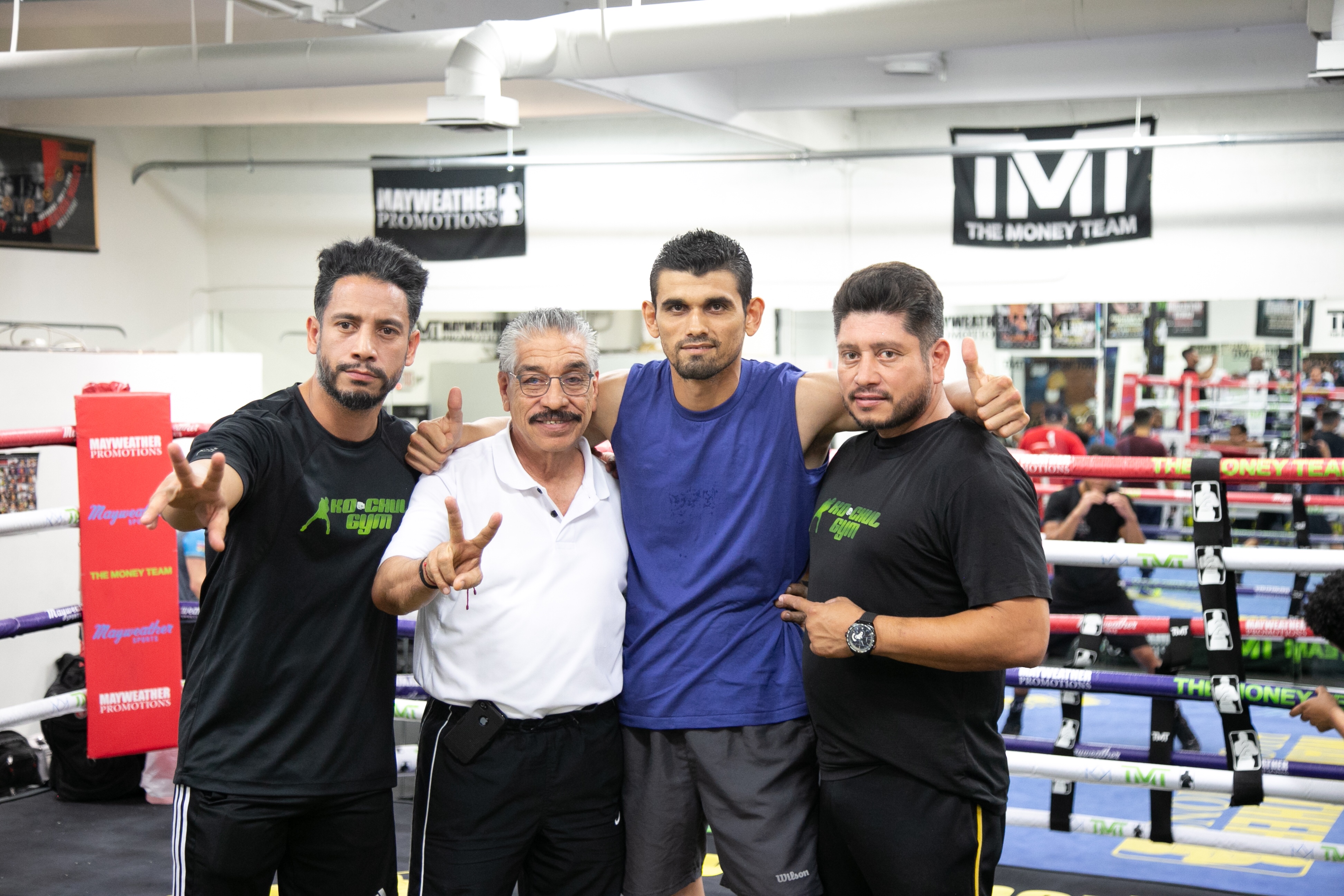 “I’m not worried about what Charlo brings to the ring. I know he’s a great fighter, but I have the power, speed and boxing ability to beat anybody. I’m confident of how this fight is going to end on Sunday.”
GUILLERMO RIGONDEAUX
“I’ve had a great training camp and I’m ready for Sunday. When you train 100%, you get the results you want, 100%. We couldn’t have asked for anything better.
“I know that I’m facing a great fighter who comes in with a rough and exciting style. I expect this to be a great fight for the fans. 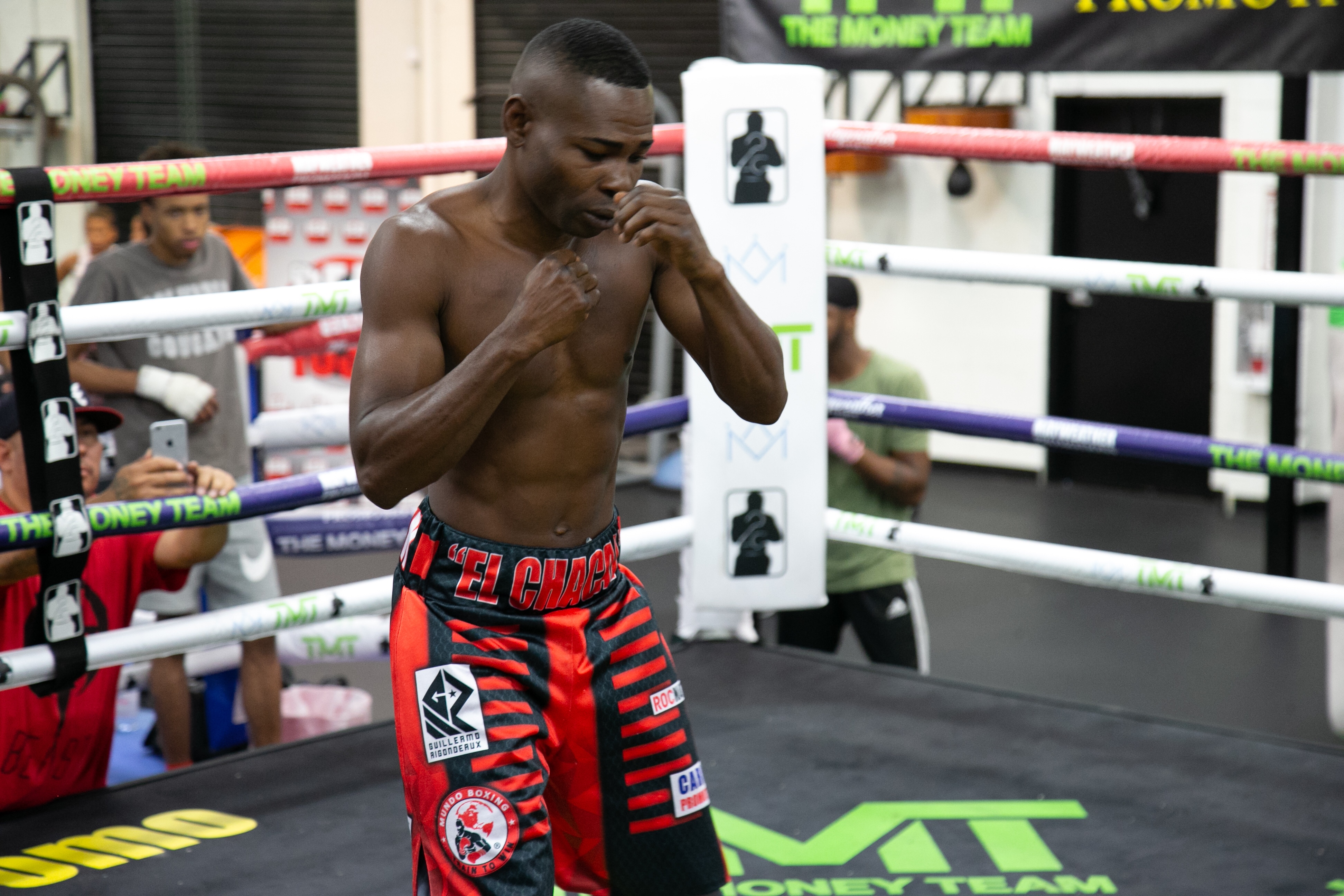 “I’ve always been the champ and I’m ready to show the world that I’m still the champ, starting Sunday night.”
JULIO CEJA
“This is a great opportunity for me to showcase me skills against a talented fighter in Guillermo Rigondeaux on Sunday. I’ve prepared really well and I’m excited to get in there and get the job done.
“A victory would elevate my status in boxing and we’re looking to accomplish that and eventually reclaim that world title. 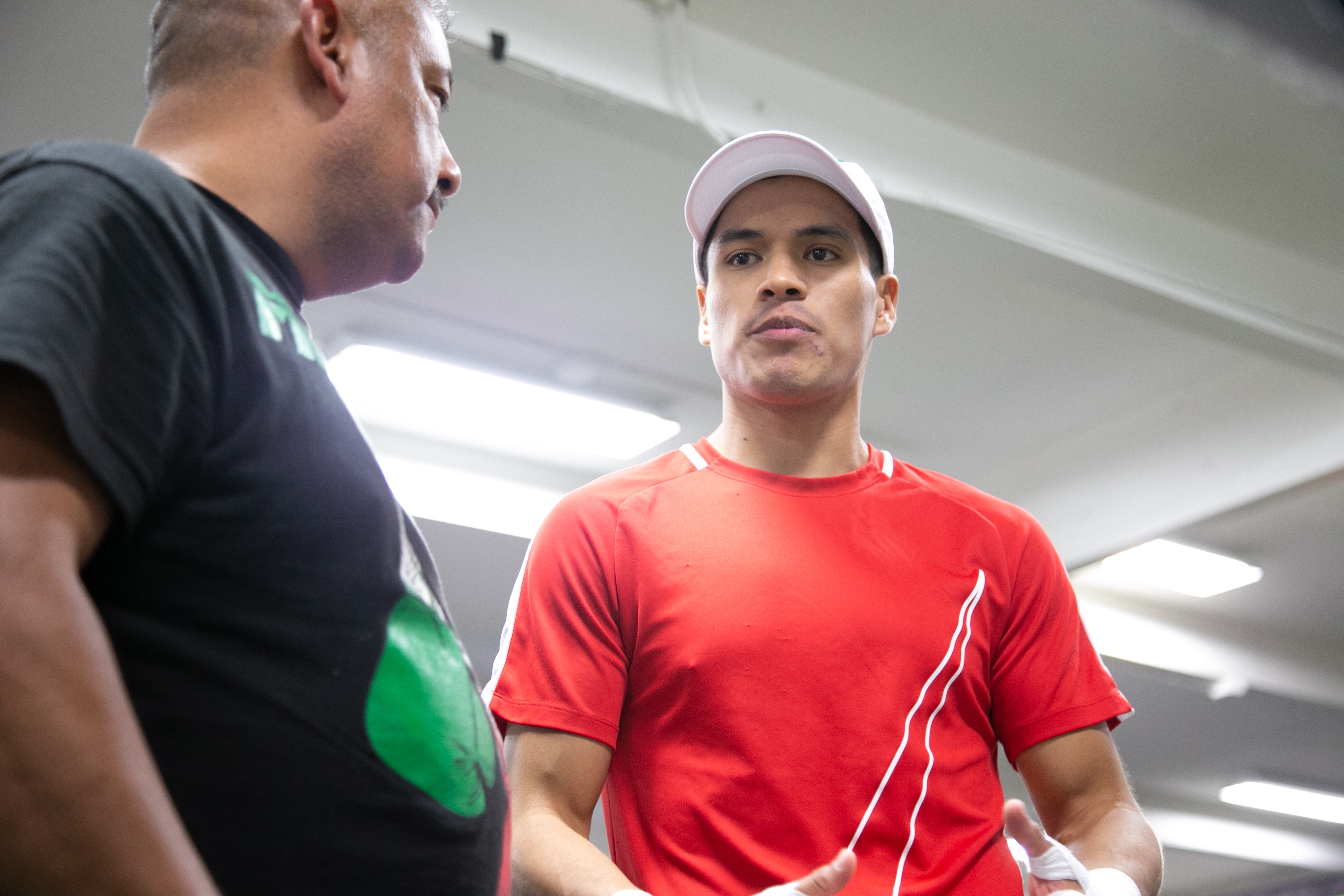 “I know I have a tough opponent but I also know that I have everything in my arsenal to get the job done. I hope he’s ready because I’m going to bring it to him.”
JOEY SPENCER
“I’m really excited for this one. I haven’t fought in Las Vegas since my pro debut. I’m looking forward to coming back to Mandalay Bay and putting on another show
“I bring an explosive style to the ring. I’m fan-friendly. I fight hard. I can also box if I need to. If it comes down to it, I can fight a good technical fight. 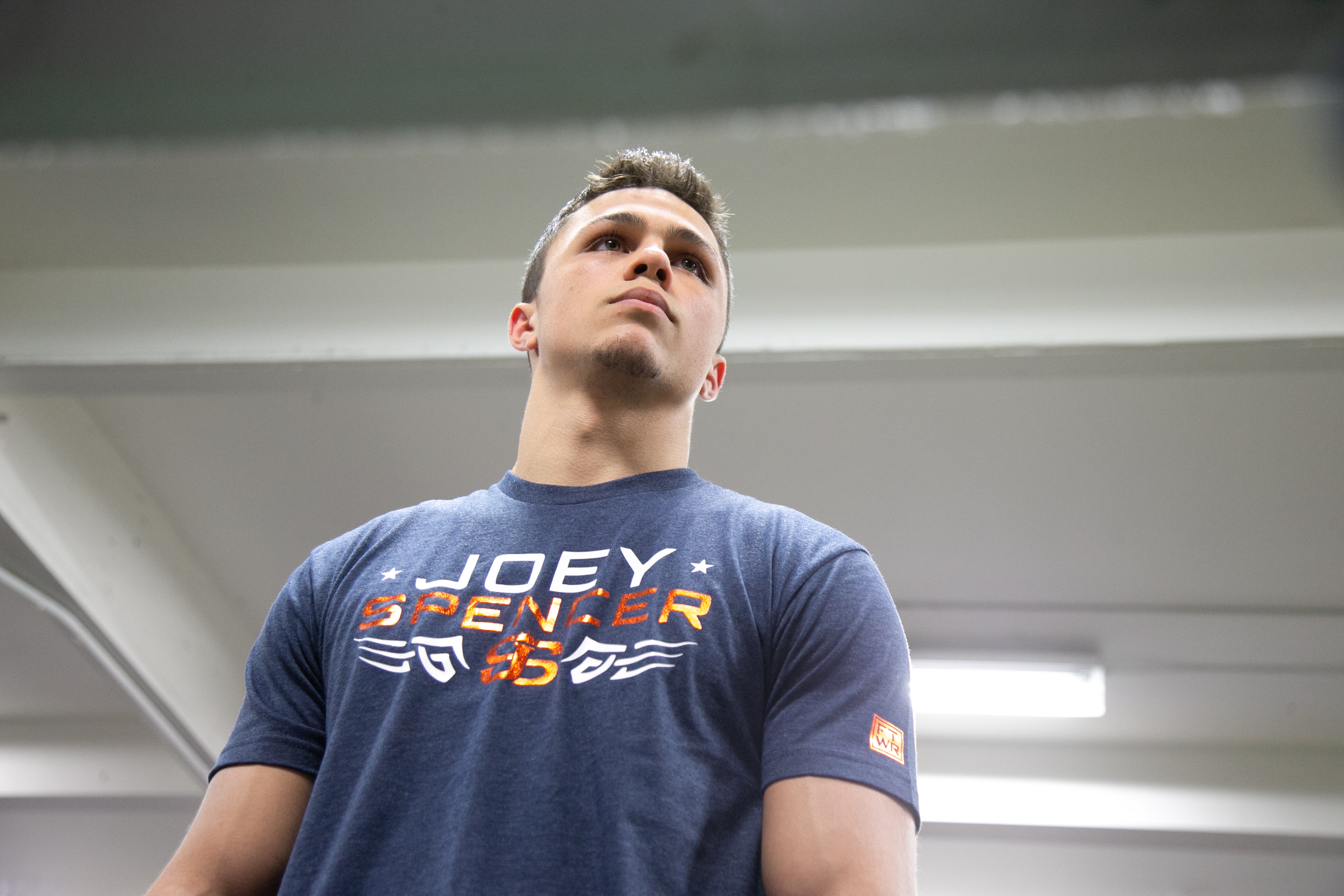 “I know that my opponent is a pressure fighter. I have to come out and use my jab to show him my boxing skills. I’m going to sit down on my shots and hopefully get him out of there.
“This was my best training camp yet and I feel stronger than I ever have. I’m looking forward to showcasing that.”
CHRIS COLBERT
“This is another day in the office for me. I get excited, but not like other fighters would. I’ve been doing this so long and I feel like I’m a young veteran in this sport. I have to keep proving myself and never take my foot off the gas, because other young fighters want to take my spot.
“I’m sure Mercado is coming to fight and so am I. All I know about him is his record. My team does the studying and they tell me what they see. I execute their game plan. 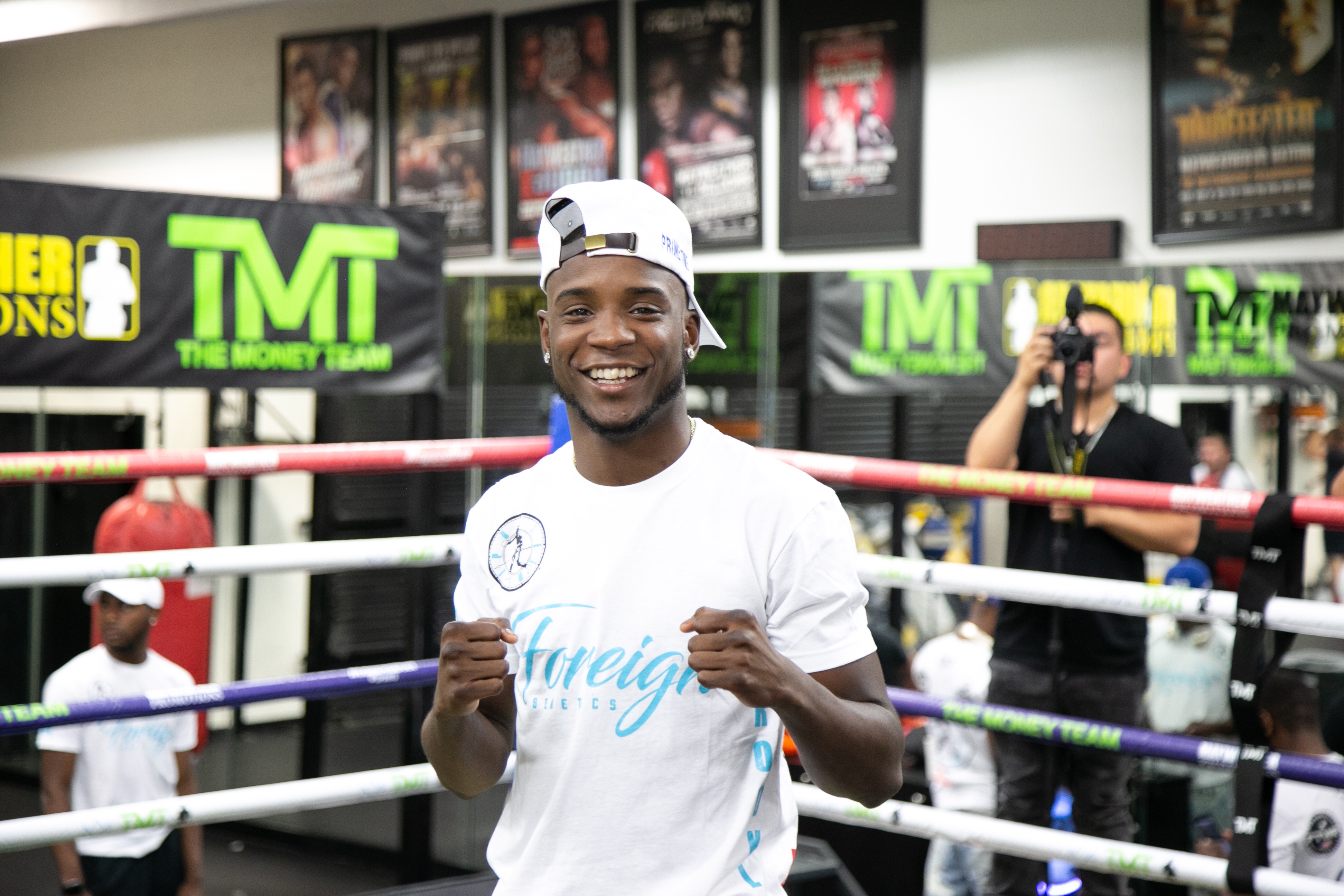 “I’m very grateful for this opportunity and for my great team behind me. My team knows what they’re doing and we’re going to keep fighting and winning and get on the big stage at the end of the year.
“Fighting on FOX is a dream come true. I remember watching Floyd Mayweather on the big TV and now people are going to be watching me. It’s ‘Primetime’ in primetime on Sunday.”