LOS ANGELES (June 18, 2019): Andrew “El Chango” Cancio (20-4-2, 15 KOs) and
Alberto “Explosivo” Machado (21-1, 17 KOs) hosted a media workout today at Westside Boxing Club ahead of their 12-round rematch for the WBA Super Featherweight World Title. Their battle will take place on Friday, June 21 at Fantasy Springs Resort Casino and will be streamed live on DAZN.
Fighters from the undercard, including Tito Acosta (20-1, 20 KOs), Aaron McKenna (7-0, 4 KOs) and Anthony Garnica (1-0, 1 KO), also participated in the workout.
Below is what today’s participants had to say:

ANDREW CANCIO, WBA Super Featherweight World Champion:
“I haven’t let the win change my lifestyle. I’m still working hard. You have to work harder to keep the belt, and we’re doing everything to keep it on the night of the fight. Nothing has changed except that people stop and recognize me on the street more and want a photo with me. They say, ‘What’s up champ?’ It’s pretty cool. But we’re still grinding.” 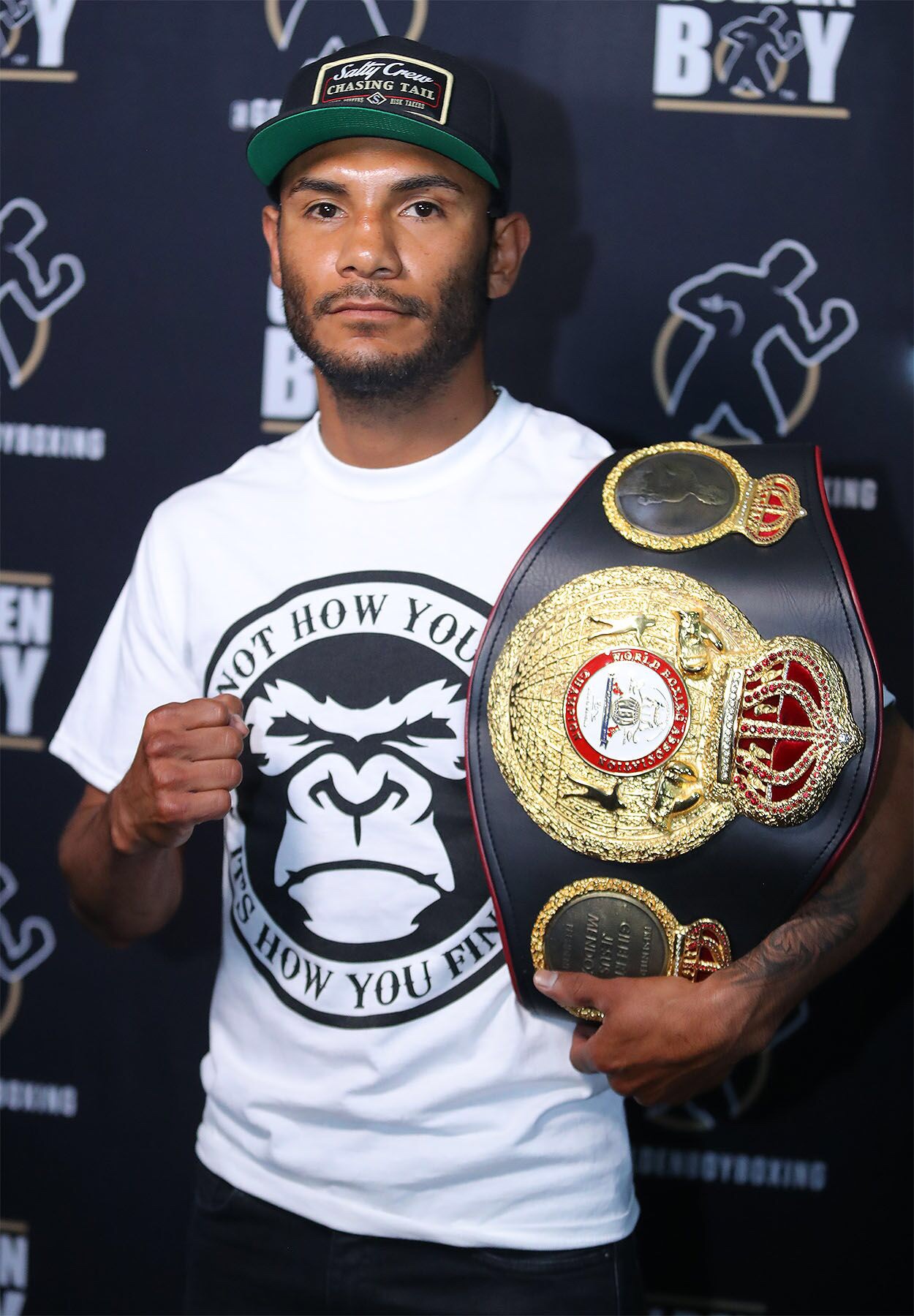 PHOTOS BY: TOM HOGAN FOR GOLDEN BOY PROMOTIONS
“I’m very confident that I can take Machado’s best punch. I feel mentally stronger this time. The first time around I came in nervous. This time around I’m ready to come in from the first round.”
“He’s going to try to show me that he’s a different Machado, but he’ll be the same. Before he lost, they said that they had a great camp and were going to knock me out. Now that they’ve lost, we hear all these excuses. But I’m motivated more than ever, and I’m ready to show them why I beat them the first time.”

ALBERTO MACHADO, Former WBA Super Featherweight World Champion:
“I have had more time to prepare this time around. Now I feel great. Cancio is a great fighter, but I am ready to come back on Friday. I never underestimated my opponent. I knew he was good because that’s how he earned the opportunity to fight for a world title. But I never underestimated him at any moment. It was just a situation and it ended in his favor that night.” 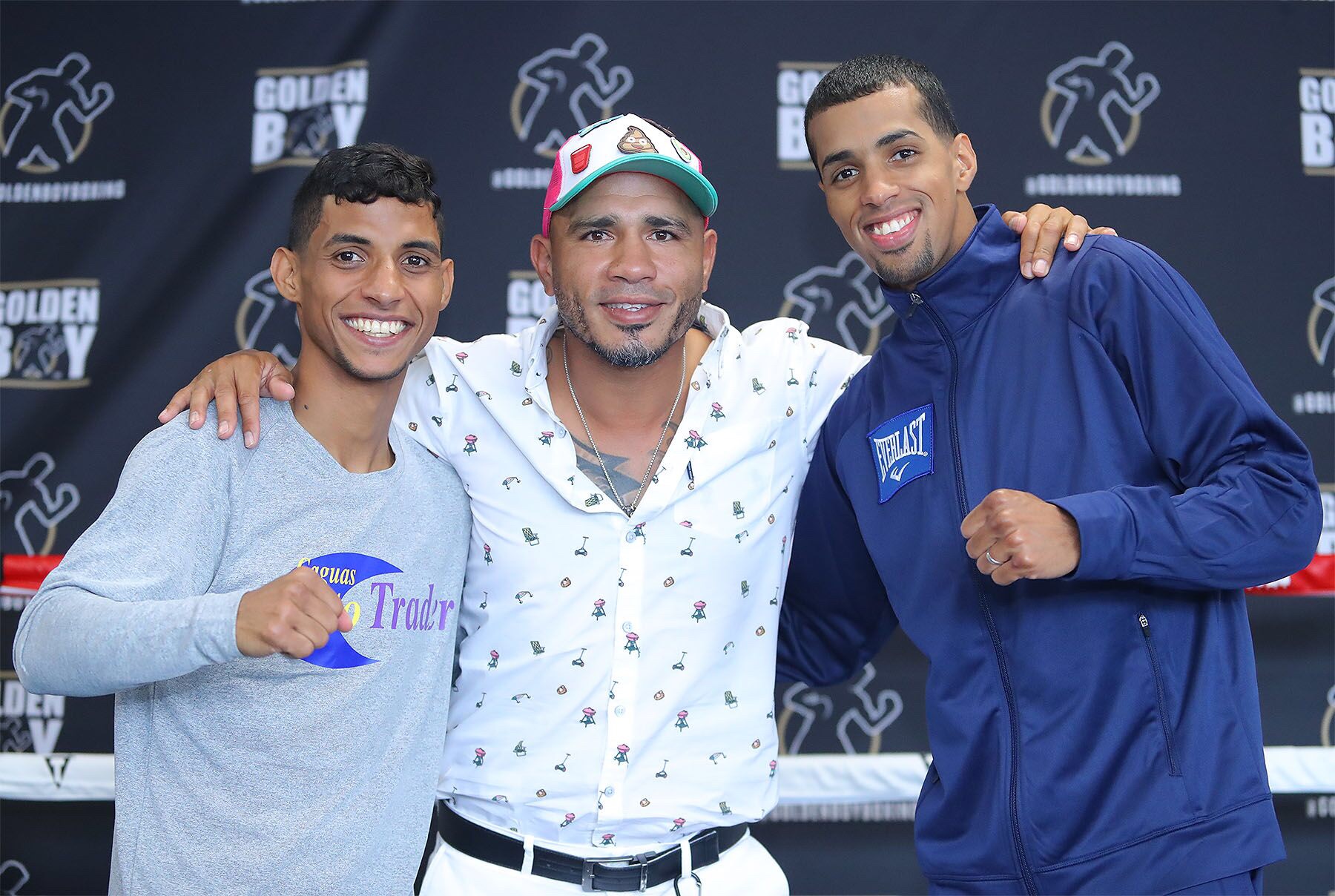 “I wasn’t surprised the fight time. I had experienced a lot before the last fight. But, what happened has happened. Now we are coming back in better condition to walk away with the victory. I have always been a dedicated fighter. This was not the exception. It was excellent. camp and we had a lot of time to train. I think that will be the difference in making sure I score the victory when I step into the ring.”
TITO ACOSTA, WBO Light Flyweight World Champion:
“We’ve had a great preparation and we’re going to give a great fight. I don’t know too much about my opponent, but I want to tell him that I hope he comes prepared because I will be 100% prepared for the victory.”
“I always say that I get my power from my mom. Though she is only 4’9″ in height, she has a very big character. She was very strong with me and my siblings. That’s why I that I get my power from her.”
“I like scoring knockouts with my left hand. It seems to be more effective. But I can knock people out with my right hand too, so if I see the opportunity, I will take it.”
AARON MCKENNA, Welterweight Prospect:
“I learned a lot from my last fight. He was a good opponent. I landed some hard shots, and he was still standing there. I scored a knockdown and won all of the rounds, but I didn’t get the knockout. I wanted to get it for the fans, but I still learned a lot. It was good to go six rounds.” 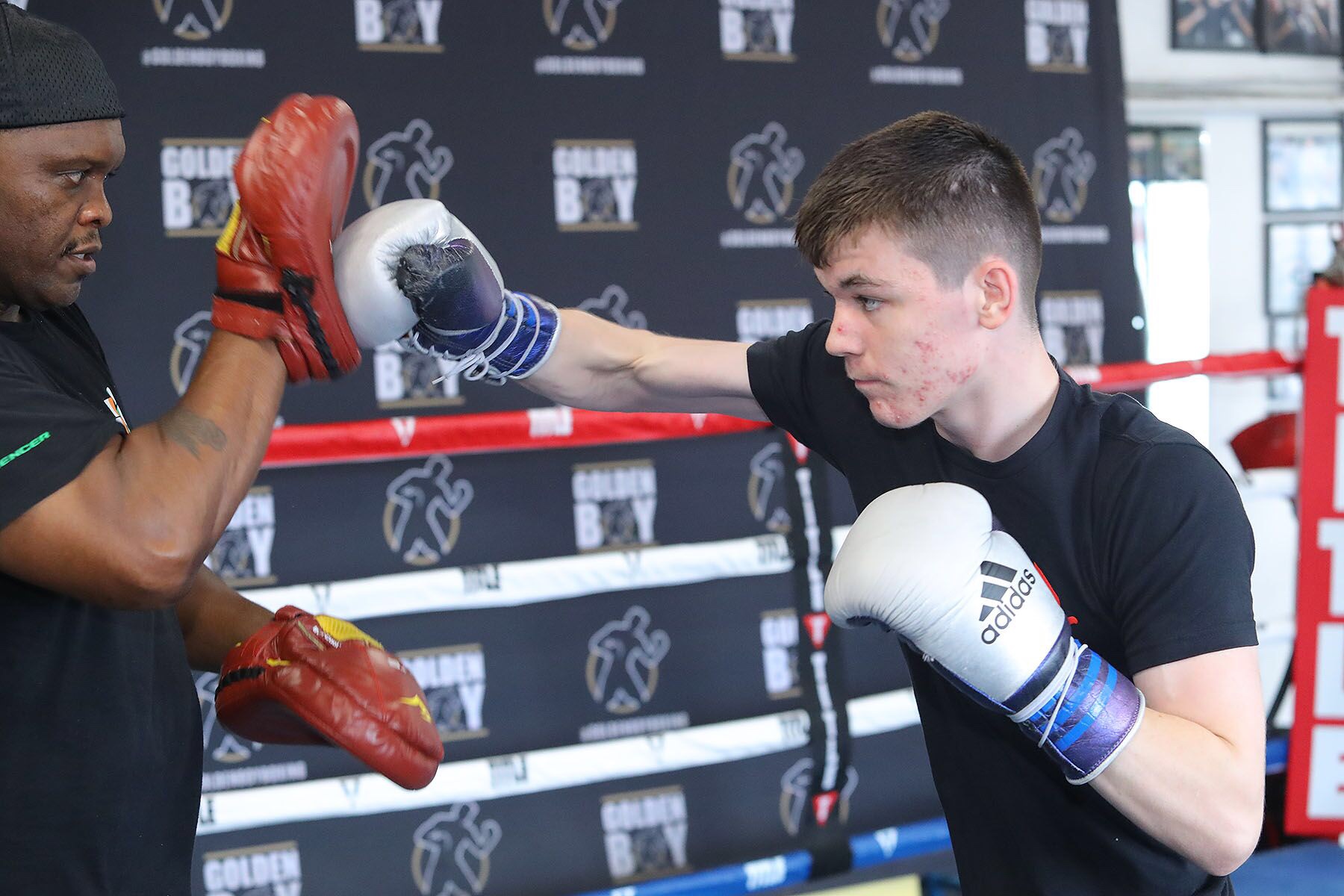 “I’ve been getting stronger and better with each fight. I have been improving. I want to take each experience into the following fight. I want to learn. I want to become world champion. Friday night you can expect fireworks and a great night of boxing.”
ANTHONY GARNICA, Super Bantamweight Prospect:
“It’s a good platform and a good opportunity to be fighting on Friday’s card. I just want to show my talent and my skills. I want to show everything we worked on in the gym with Coach Manny Robles and Coach Estrellita (Edgar Jasso).” 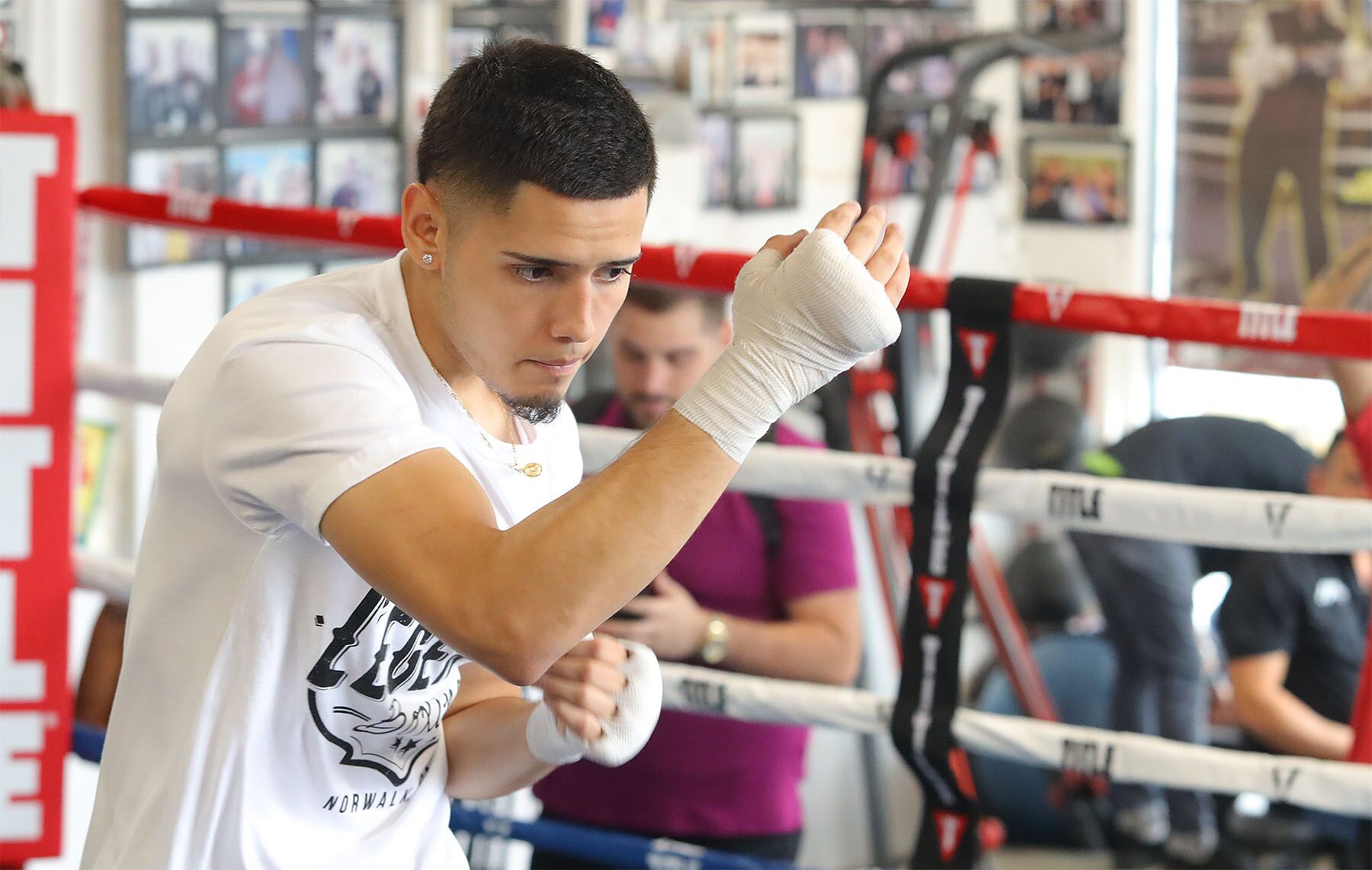 Cancio vs. Machado II is a 12-round fight for the WBA Super Featherweight World Title presented by Golden Boy and Miguel Cotto Promotions. The event is sponsored by Tecate, “THE OFFICIAL BEER OF BOXING,” and Hennessy “Never Stop. Never Settle.”The event will take place Friday, June 21 at Fantasy Springs Resort Casino and will be streamed live on DAZN.

Tickets for the event are on sale and are priced at $35, $45 and $55. Tickets will be available at the Fantasy Springs Resort Casino box office, by calling 1-800-827-2946, or by purchasing online at www.fantasyspringsresort.com.