LOS ANGELES (June 7, 2019): Tristan Kalkreuth, the talented light heavyweight amateur standout from Duncanville, Texas, has signed a promotional agreement with Golden Boy. Though he is eager to fight at this very moment, this young man will make his professional debut in this summer. 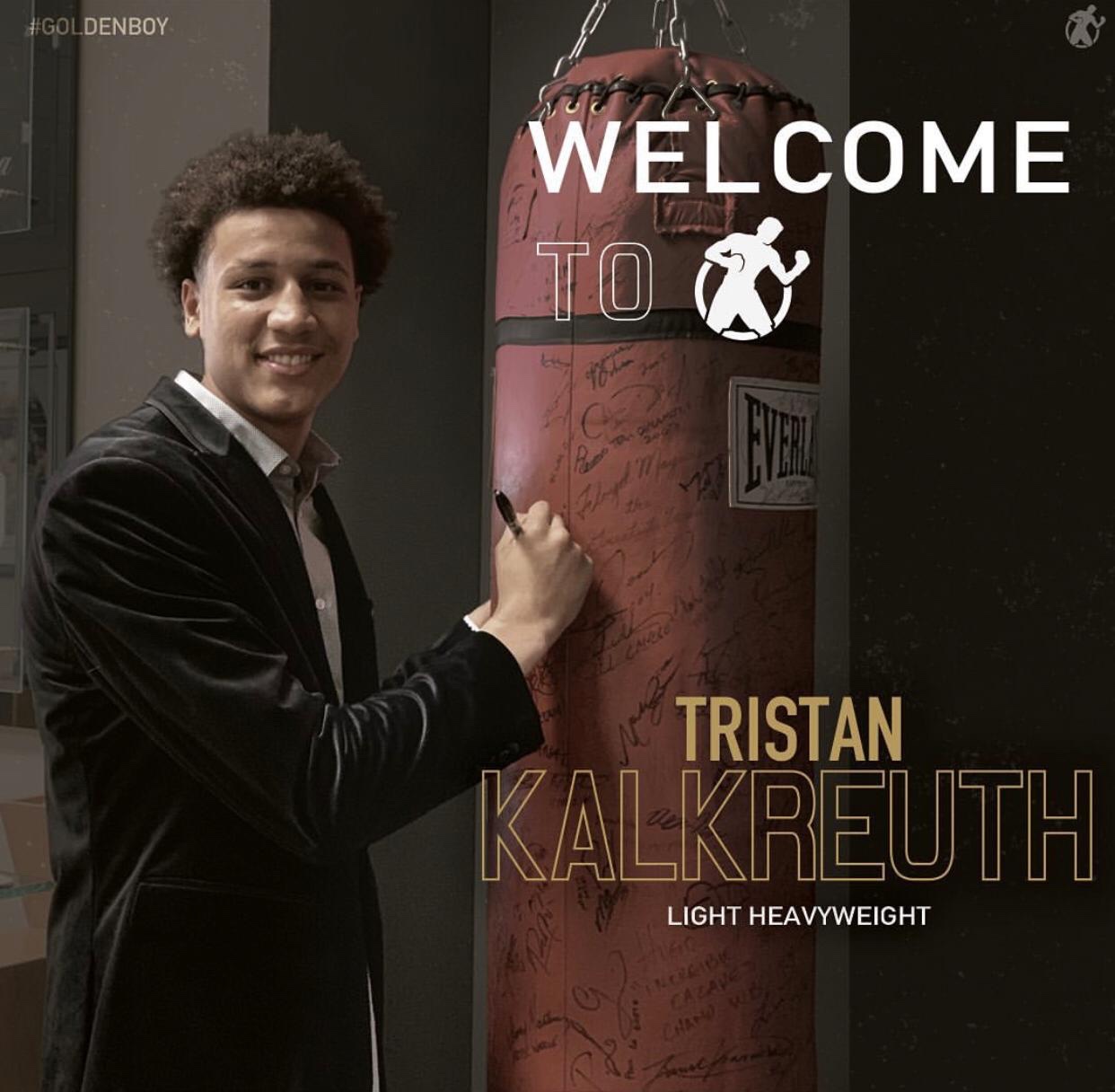 Kalkreuth is a 17-year-old prodigy who will begin his junior year in high school this fall. One can only imagine the pride and excitement he will carry himself with as he walks the hallways of his high school as the only student with a promotional contract with the biggest promoter in the world, Golden Boy.
The young prospect has a spectacular amateur background, where he participated in over 100 fights, earned 2 National Championships and fought for the USA Boxing Team in the World Championships in 2018. 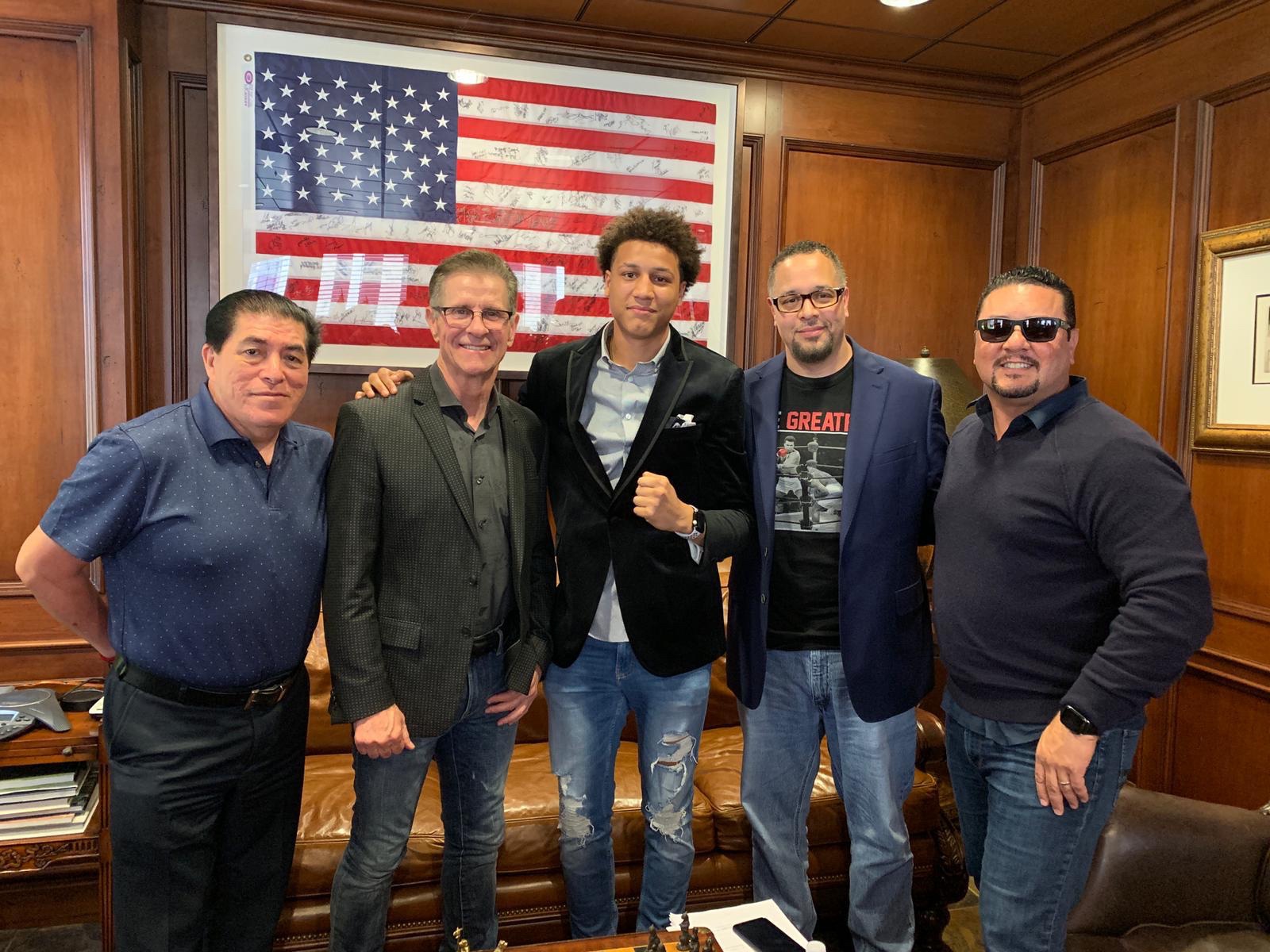 Kalkreuth has been guided by his father since the age of 9. He has since added the expert tutelage of well-renowned trainer Ronnie Shields, where he constantly bumps elbows with up-and-coming fighters and current world champions. Aside from having the right tools, Kalkreuth now has all the support of a major promotional entity to take his young career to the next level.
“This is a great opportunity,” said Tristan Kalkreuth. “I’m looking forward to all that comes my way. I’ve been looking forward to this opportunity my whole life. I’m very excited. I’ve always been a big fan of Oscar De La Hoya. I watched a lot of his fights when I was growing up. Just to be in this place right now is a dream come true. I’m ready to take off. I’m ready to get in the ring today. You can give me some gloves and a pair of trunks and I’d get in the ring right now.” 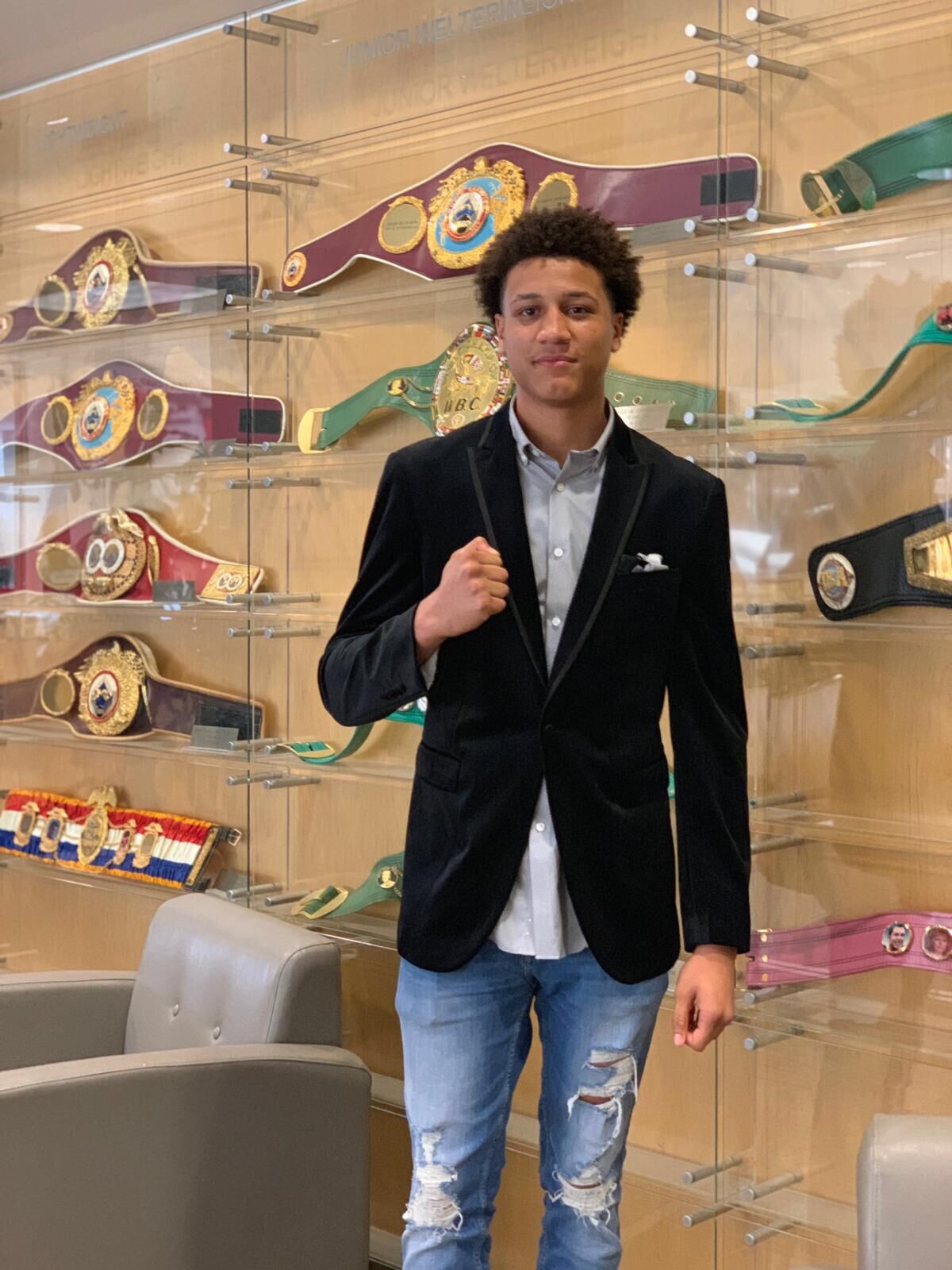 “We’ve had our eye on Tristan Kalkreuth for quite some time,” said Oscar De La Hoya, Chairman and CEO of Golden Boy. “We finally met him in Texas during fight week for the Jaime Munguia card earlier this year, and we were impressed with how big he was in person. He’s talented, charismatic and has a great amateur background, so we expect big things for him in the future.”
About Golden Boy

Los Angeles-based Golden Boy was established in 2002 by Oscar De La Hoya, the first Hispanic to own a national boxing promotional company. Golden Boy is a media and entertainment brand committed to making fighting entertainment more accessible and affordable. The company’s in-house production team develops creative original programming for ESPN, RingTV.com and international channels across the globe. The company holds the exclusive rights to top boxers and has promoted some of the biggest and highest grossing events in the history of the sport. Now, Golden Boy is one of the most successful boxing entertainment companies in the world and shapes the future of boxing for fighters and fans alike through its 2019 partnership with streaming platform, DAZN.