BROOKLYN (June 6, 2019) – Undefeated Polish star and Brooklyn-native Adam Kownacki will look to thrill in front of a hometown crowd when he steps into the ring against veteran former title challenger Chris “The Nightmare” Arreola for a 12-round heavyweight showdown that headlines FOX PBC Fight Night on FOX and FOX Deportes Saturday, August 3 from Barclays Center, the home of BROOKLYN BOXING™. 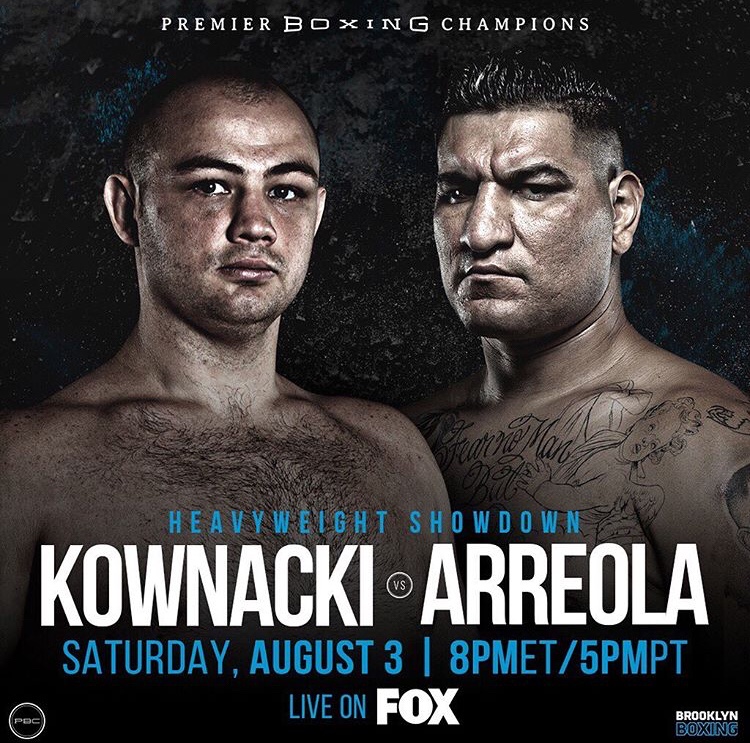