(PRESS RELEASE) NEW YORK (April 22, 2019) — Boxing’s pound-for-pound superstar attraction GENNADY “GGG” GOLOVKIN and undefeated Top-10 world-rated contender STEVE ROLLS kicked off their coast-to-coast media tour with a New York press conference today at Madison Square Garden. Golovkin (38-1-1, 34 KOs), from Karaganda, Kazakhstan, formally announced to media that he is bringing his Big Drama Show back to the “Mecca of Boxing” on Saturday, June 8, in a 12-round rumble withRolls (19-0, 10 KOs), who hails from Toronto. The fight will be contested at a maximum weight of 164 lbs. and marks GGG’s debut on DAZN, after signing a six-fight global partnership in March.

“I’m very happy. I’m happy go back to the sport, I’m happy to be back at Madison Square Garden. It’s a very interesting time for me. It’s an amazing time for the sport and an amazing time for boxing. Madison Square Garden, I feel like it’s my second home. [With Rolls,] it doesn’t matter who says what, it’s going to be me and you in the ring and may the strongest man win. I would like to wish him luck, and we’ll see what happens. I don’t have a lot of time left in my career, this is the time when we’ll be able to give our audience a good big show.” 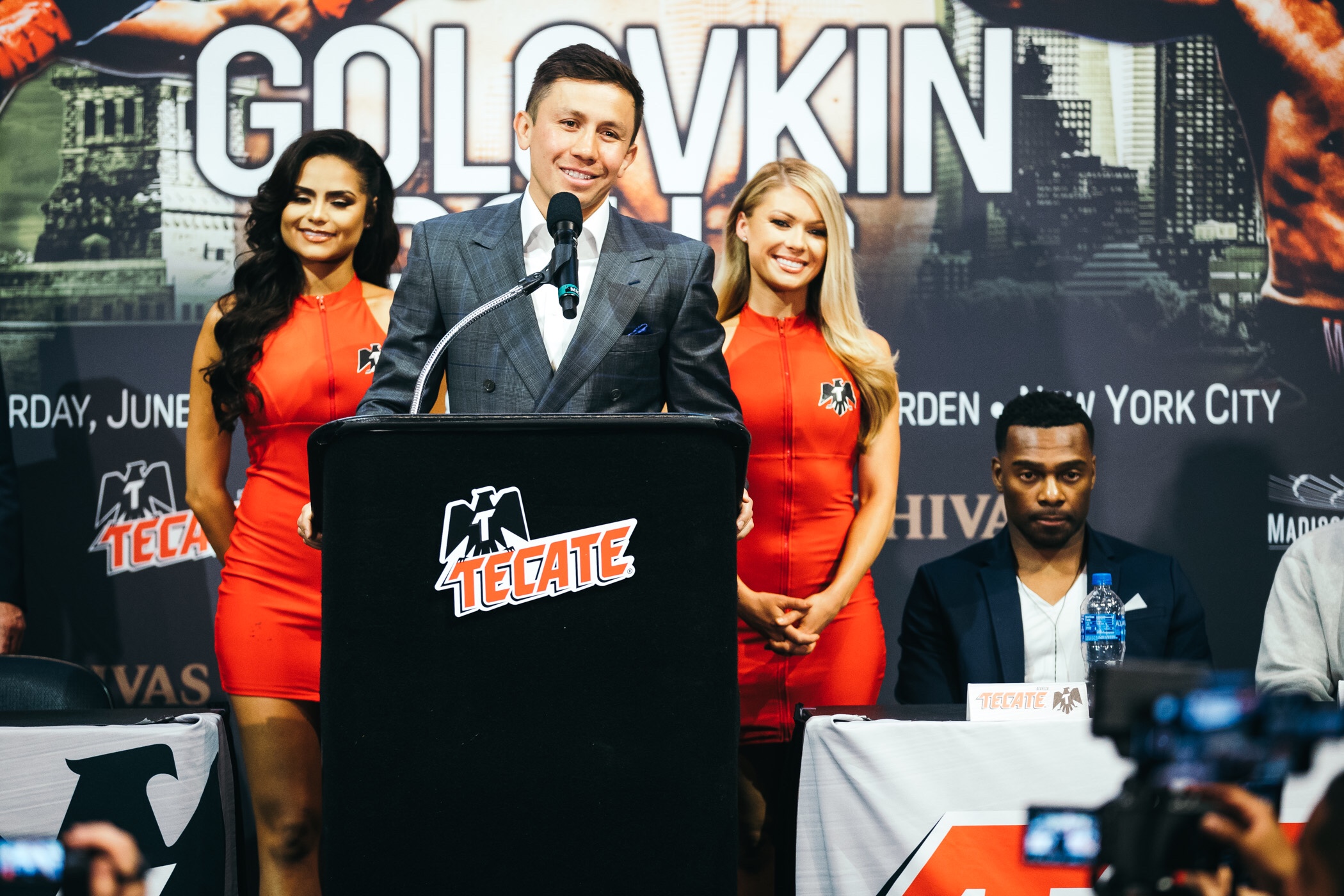 PHOTOS BY: AMANDA WESTSCOTT FOR DAZN

Why 164? “I wanted to try it out, try this weight, but it wasn’t that big of a deal for me to do this weight. And for my opponent, this would be a little more comfortable since he usually fights at 168. I wouldn’t want him to be uncomfortable.” 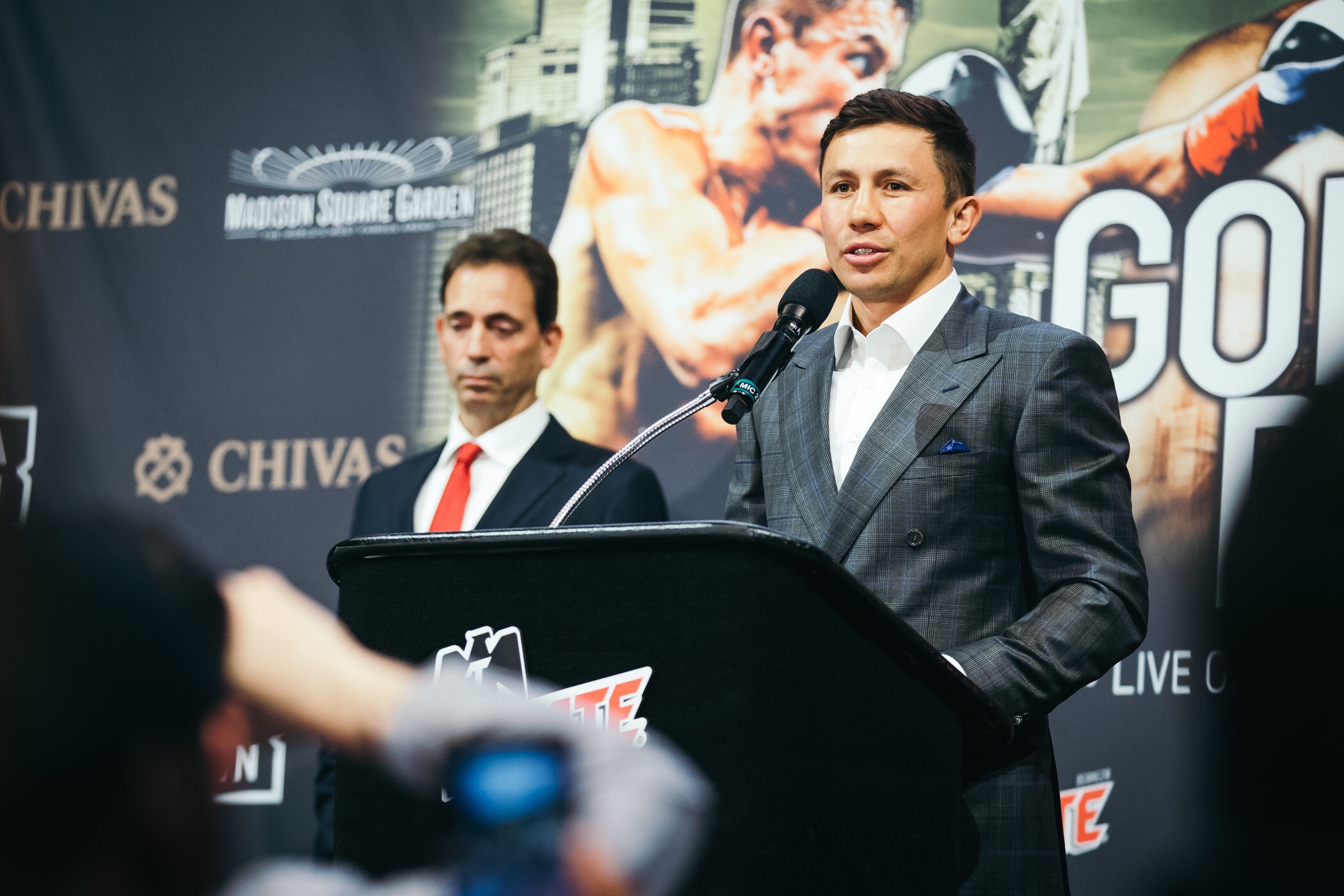 On Canelo’s recent comments on only fighting GGG again if he has a belt: “I think Canelo is not correct to say that. We have to see what’s going to happen. I’m hoping to fight him, title or not.”

“I’ve been doing a lot of reading lately and there are a couple things I keep coming across – ‘Who is this guy?’ and ‘This is going to be a tune-up fight.’ I’m the underdog that’s been hungry for this position. Make no mistake this isn’t a tune-up. I’m coming to fight. And with everybody, who doesn’t know me now, after June 8, you won’t forget me. I’ve got much respect for Gennady Golovkin, but I’m coming to shock the world.” 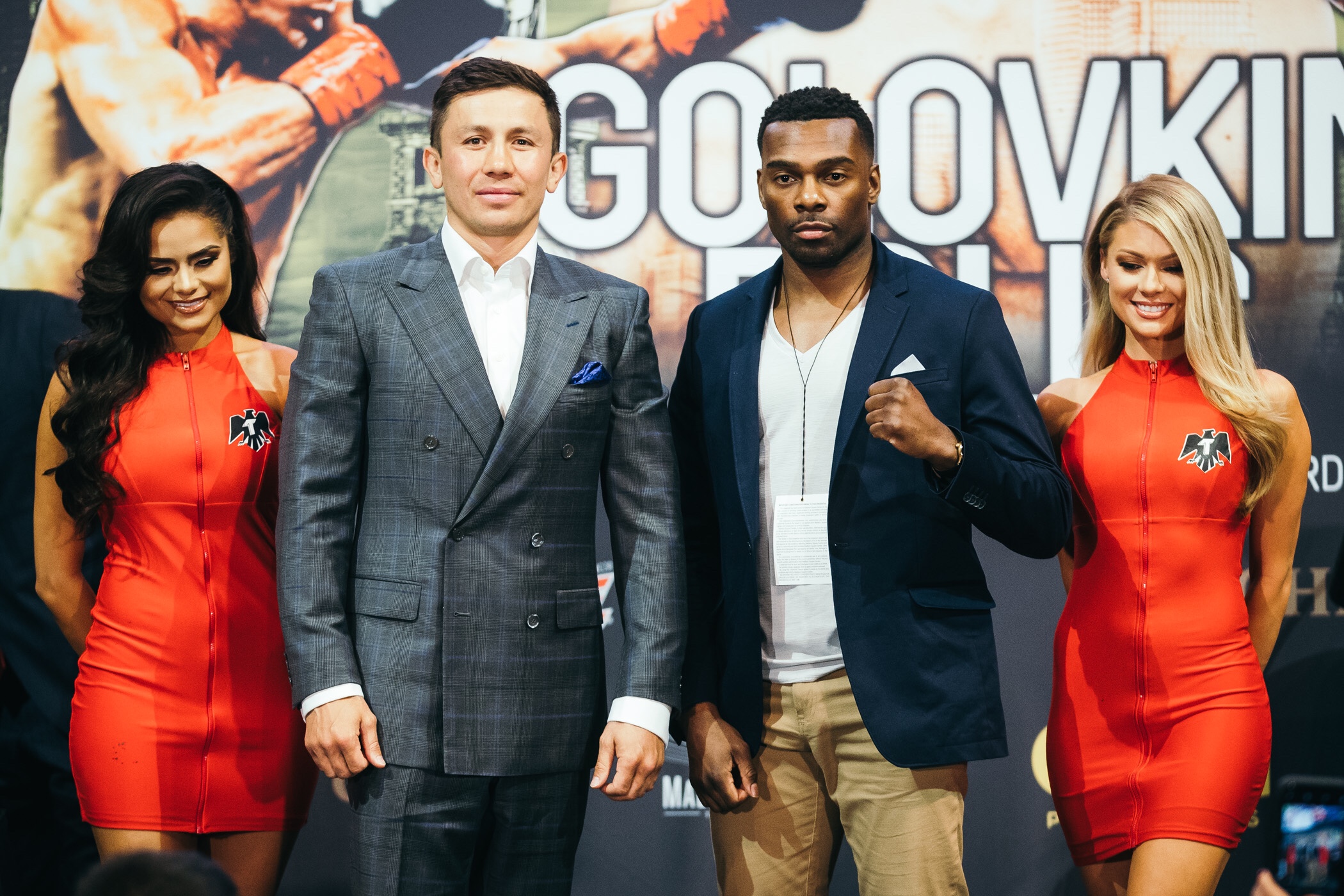 “[Golovkin] has been a dominant middleweight, probably the best for the last few decades. I’m not overlooking anything and I’m going in there preparing for the best Golovkin. It’s going to be hell. It’s going to be a grueling fight. But given it’s going to be at such a disadvantage, if there’s anyone who can do it, that’s me.”