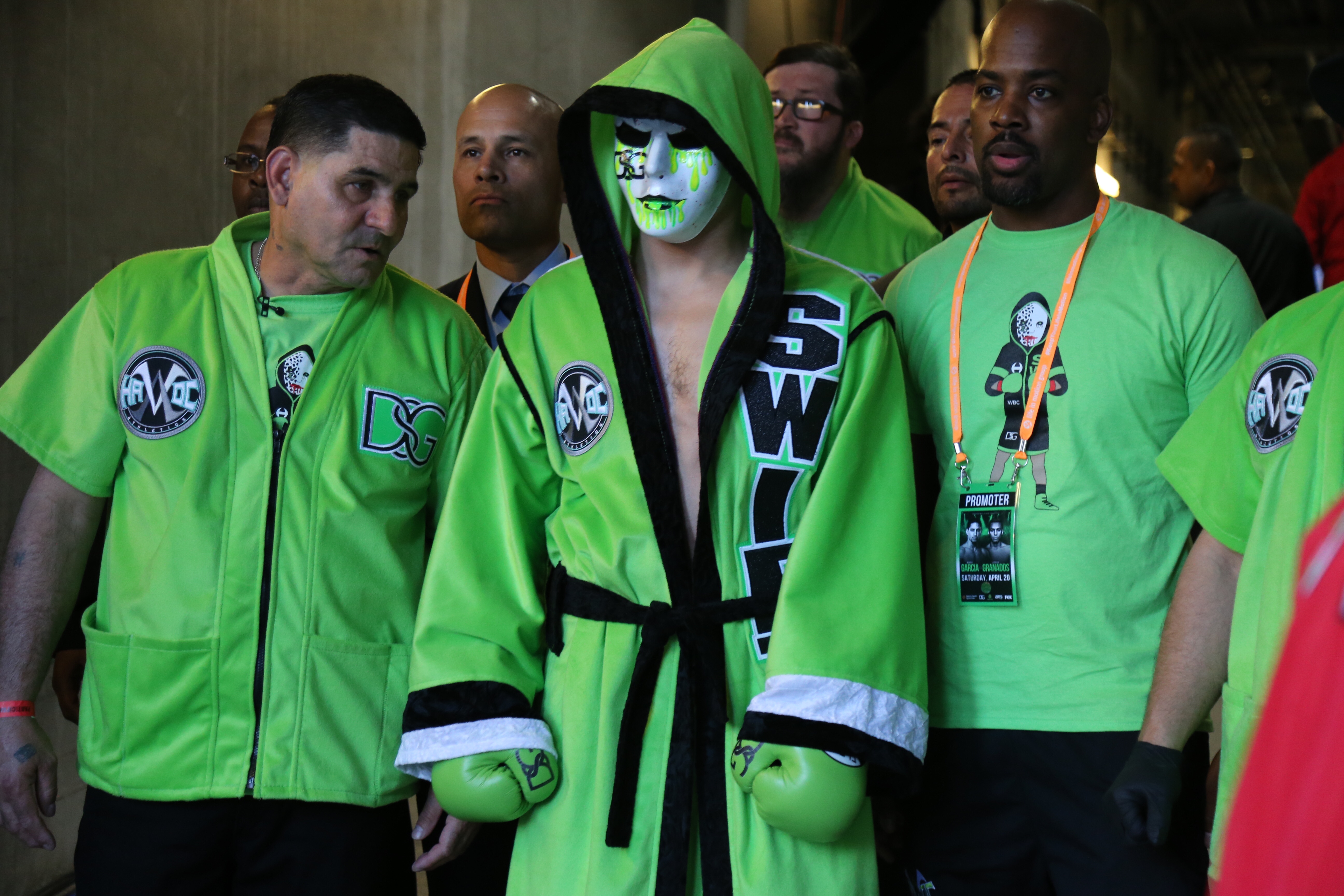 “I’ve said it before, when Danny Garcia is at his best, nobody can beat him,” said Garcia. “I had gotten a little comfortable in the past, but I put my 110 percent into this fight and when I do, I beat everyone.”
Garcia got his offense started early, deflecting a right hand from Granados in round two and throwing a perfect left hook counter that dropped Granados for the first time in the fight. Granados continued to push and tried to change the tide, but an overhand right at the end of an exchange by Garcia sent Granados down for the second time in round two. 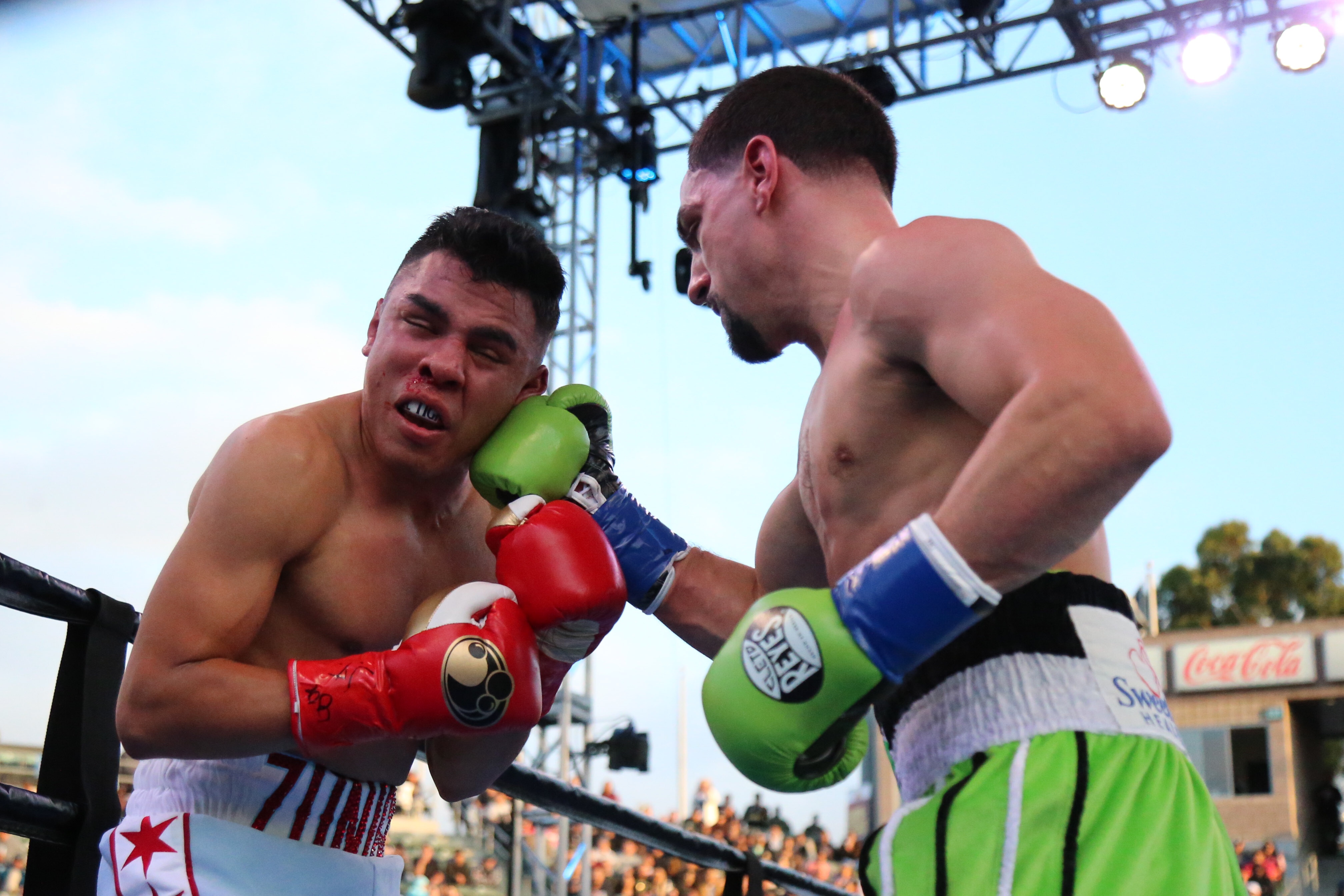 “It felt good landing that big left hook,” said Garcia. “I was proud of my performance. I thought I did a great job tonight.”
“He was very sharp in the exchanges,” said Granados. “That’s where he was catching me. I knew that’s what I had to avoid. But the toughness in me is always ready to go. I was willing to engage.” 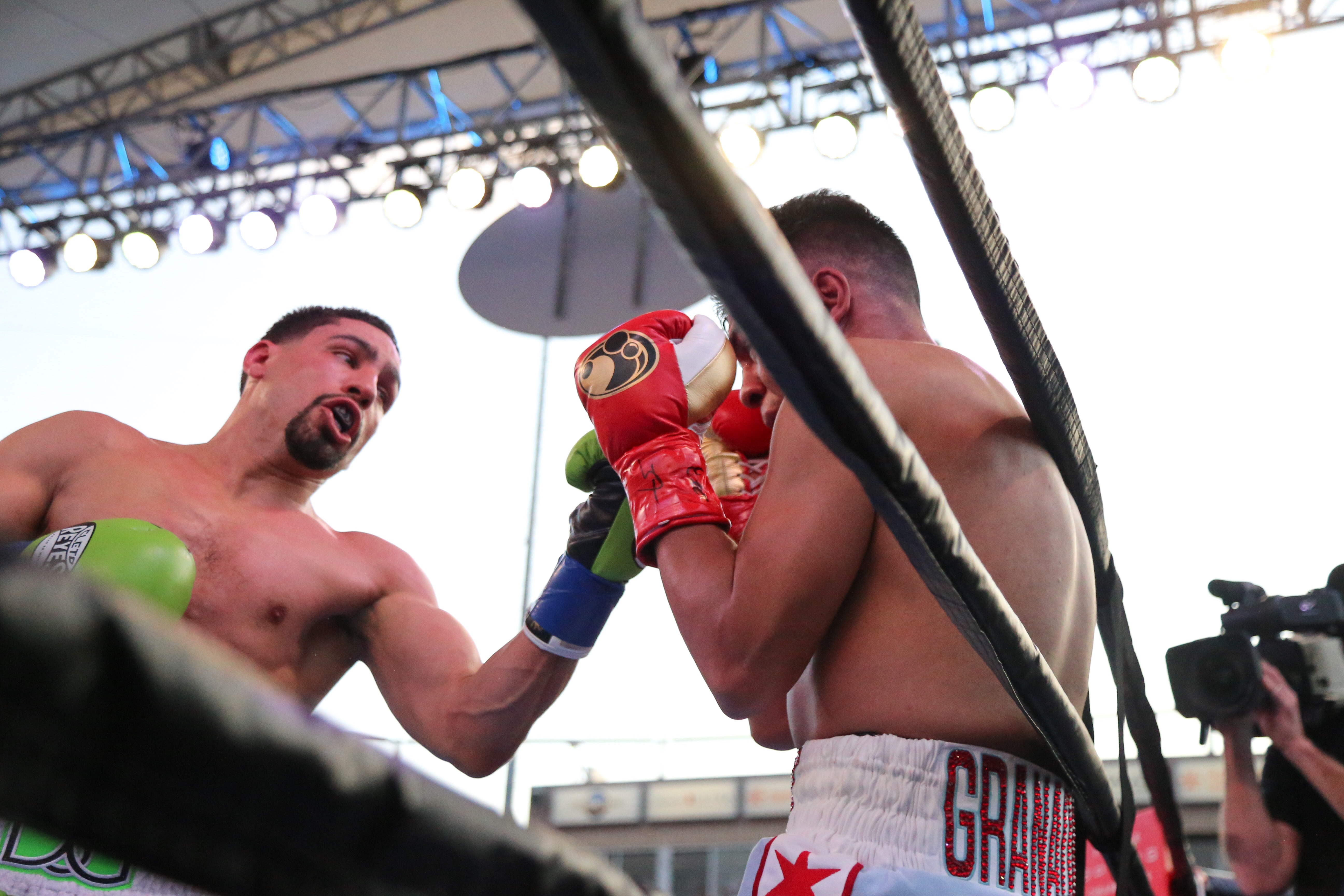 Granados tried to find ways to slow Garcia’s momentum, but while trying to crowd Garcia he was too often caught with power punches on the inside. Round four saw Granados begin to bleed heavily from the nose and in round five Granados was dropped for the third time, this time from a combination Garcia delivered while he had Granados on the ropes.
“The way to make a statement tonight was to stop him,” said Garcia. “The game plan was to break him down. I have too many tools. I couldn’t let him hang around with me.
“He wanted to get closer to me and make it a dogfight. But I surprised him when I stood with him and banged to the body. Then I started making him miss and that’s when I stopped him.”
In round seven, Garcia landed 48% of his power punches according to CompuBox, and after buzzing him several times, unleashed a flurry while Granados was on the ropes that forced referee Thomas Taylor to stop the bout 1:33 into round seven. 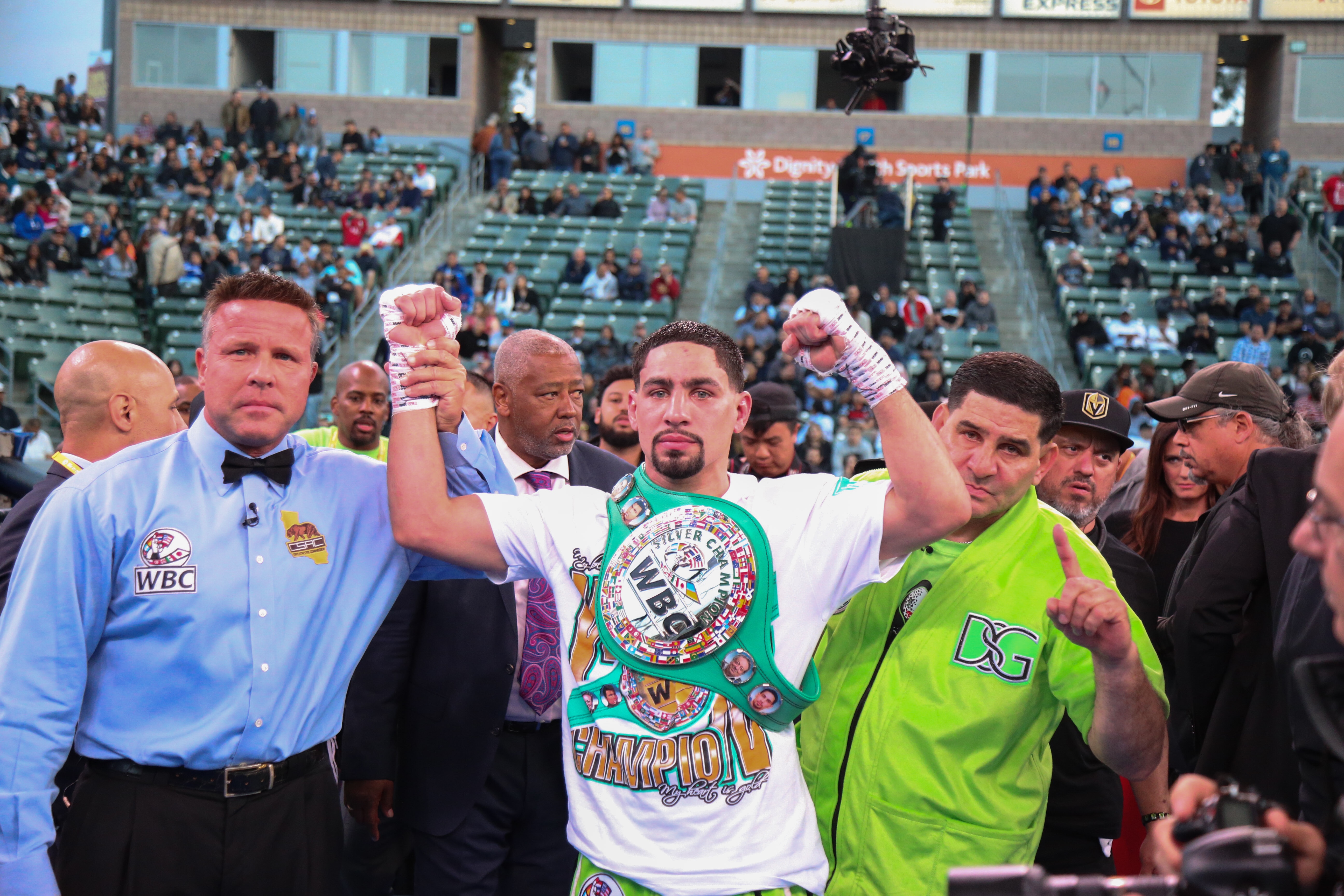 “He caught me with some good shots but I really thought I was fine,” said Granados. “I think the referee was a little over-protective. I had a plan to go the whole fight and they stopped me on my feet. I was still catching him with shots. I was still dangerous and looking for a big shot to change the fight. The referee had to do his job though and I understand it.”
With the win, Garcia will look for more big fights with fellow elite welterweights.
“I hope I didn’t scare Manny Pacquiao away,” said Garcia. “I’d love a rematch with Shawn Porter or Keith Thurman, or a fight with Errol Spence Jr. I’m back!”